The party that kicked the hornets’ nest 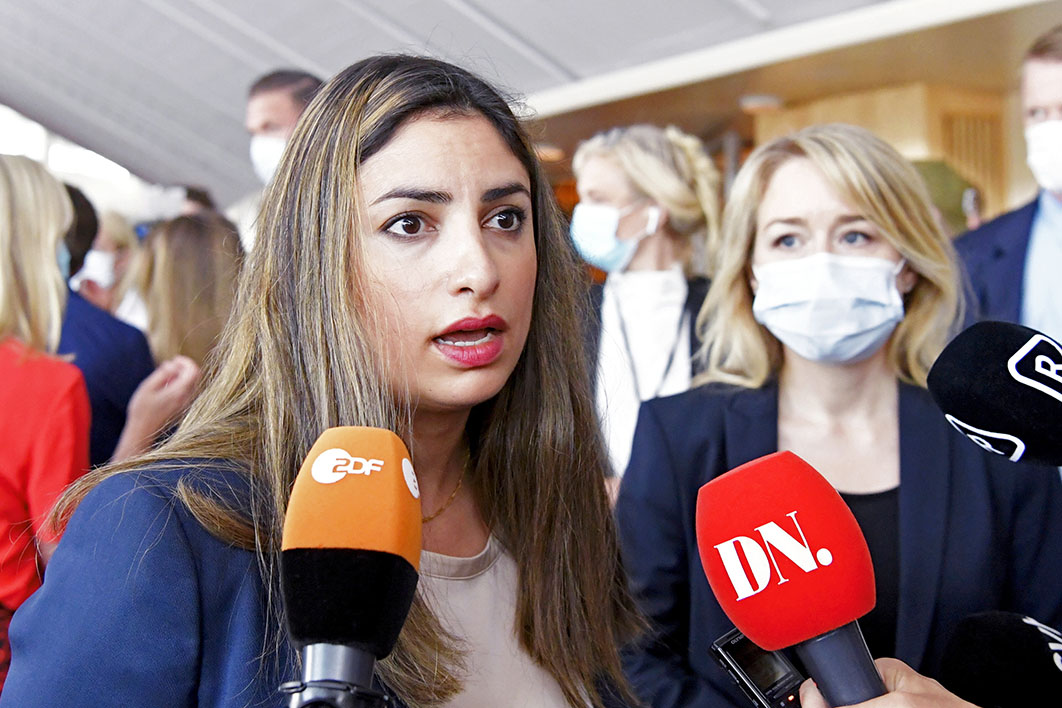 In the last week of June, while Swedes were being vaccinated, celebrating mid-summer and preparing for the summer holidays, politicians in Stockholm brought down the Social Democrat–led government and resumed the wrangling triggered by the far-right Sweden Democrats’ unexpectedly strong showing at the 2018 elections. Prime minister Stefan Löfven formally resigned at midday last Monday after the Riksdag passed a Left Party–initiated motion of no-confidence in his leadership — a sequence of events with no precedent since the country’s constitutional reforms of 1970.

Although the turmoil was sparked by disagreements over the housing market, the fuel had accumulated in the post-election jostling among eight parties over Sweden’s most pressing problems (wealth concentration, bureaucracy, immigration) and possible solutions (better welfare, lower taxes, tougher action on criminal gangs).

Rising wealth inequalities, regional disparities fuelled by Stockholm’s strong economic growth, and the privatisation or marketisation of services including telecommunications, the railways, education and public housing — all played a part in the election result and the ideological manoeuvring that followed.

Between the 1970s and 2010, up to three-quarters of Stockholm’s housing was made up of publicly or mutually owned not-for-profit rental apartments. The national tenants’ association negotiated rents based on the cost of construction rather than the location, ensuring that younger police, nurses, teachers and other essential employees could afford to live near where they worked in the capital.

But as the queues for apartments lengthened to many years, a black market in insecure and expensive secondhand contracts emerged. After the financial crisis of 1991–92 and Sweden’s entry into the European Union in 1995, the government ceased providing public and not-for-profit housing bodies with cheap finance. Later, in 2010, an EU court ruled that the housing corporations must compete on an equal footing with private providers. After the privatisation of many public apartments by centre-right local councils, less than half of all rental apartments are public or not-for-profit; now, two-thirds of people living in Stockholm can’t afford to live in newly constructed apartments.

These problems are much less marked in the rest of Sweden, where centre-right local councils win office less often and wealth is less concentrated.

The free market in apartment rents was one of the conditions imposed on the Social Democrats by the Centre and Liberal parties when they negotiated an agreement to support a “government of the middle” — a mittenregering — in January 2019. This loose coalition was a sharp departure from Sweden’s usual pattern, in which government has alternated between blocs made up of left or right parties. The condition was the smaller parties’ price for abandoning their longstanding bourgeois alliance with the Moderates and Christian Democrats.

The Liberal Party also insisted that the Left Party would have no influence over government policies, even if the new government depended on that party’s votes in the Riksdag. Like the Centre Party, the Liberals believe that the government of the middle must exclude not only far-right but also far-left influence. For its part, the Left Party argues that it has been many decades since it dropped “communist” from its name, that it was a “Eurocommunist” party long before the end of the cold war, and that it has been part of the mainstream for a long time.

The Left Party insisted it would only support the government against no-confidence motions and guarantee supply for budgets if apartment rentals continued to be negotiated by the tenants’ association. The Social Democrats bought time by appointing an inquiry into problems in the housing market, but its report ultimately recommended market-oriented reforms.

The Left Party’s new leader, Nooshi Dadgostar (whose parents migrated from Iran), rose to prominence as an activist campaigning for affordable housing in Stockholm. Löfven initially underestimated her resolve — and the resolve of her party — but counterattacked earlier this week by pointing to what he sees as an unholy alliance: the Sweden Democrats’ enthusiastic endorsement of the Left Party’s no-confidence motion.

Recent opinion polling suggests that the Left Party’s resolve has attracted new voters. The Social Democrats’ support has slipped a little, the Centre Party, Moderates, Christian Democrats, and Sweden Democrats remain steady, the Greens have fallen just below the 4 per cent hurdle for seats in the unicameral parliament, and the Liberals have plunged well below that level. The Liberals seem certain to lose their place in the Riksdag at the next election. If the Greens manage to hold on then a government of the middle might continue; but if they also lose their place then the Moderates and Christian Democrats could govern with the support of the Sweden Democrats, with whom they are already negotiating.

The next elections are not due until September 2022. Earlier this week, the speaker of the Riksdag, Andreas Norlén, asked the Moderate Party leader, Ulf Kristersson, to assess whether he could form government. Kristersson, who then offered to legislate policies that would be attractive to Centre Party voters but failed to speak directly to the Centre Party, told the speaker he was unable to assemble the necessary support. Norlén has now asked the Social Democrats’ Löfven to report back by Monday on his prospects of leading a new government.

As leaders of the first- and second-largest parties, Löfven and Kristersson face similar but opposite problems in assembling a viable government. For Löfven, the Left is demanding a say in negotiating any budget it is expected to support, but the Centre refuses to agree to the Left’s having any influence. For Kristersson, the Liberals have pledged to join a party of the right that would bring more market forces into rental housing but insist that the Sweden Democrats must have no influence on any government they are part of. For their part, the Sweden Democrats point out that they have secured a much larger share of the national vote and that must be reflected in influence over a government they support.

After the last elections, the January agreement took an unprecedented four months to settle. Political turmoil is usually good business for the media, and Sweden’s largest newspaper, Dagens Nyheter, has put all its reporting on the political crisis outside its paywall. Given that the numbers in parliament resemble a diabolical sudoku puzzle, it looks like politics will be gripping holiday reading and viewing for many Swedes. •

Andrew Vandenberg is Senior Lecturer in Politics and Policy Studies at Deakin University.