The plight of Australia

Is Australia caught in a Panglossian clench? The editor of Only in Australia responds to Inside Story’s review 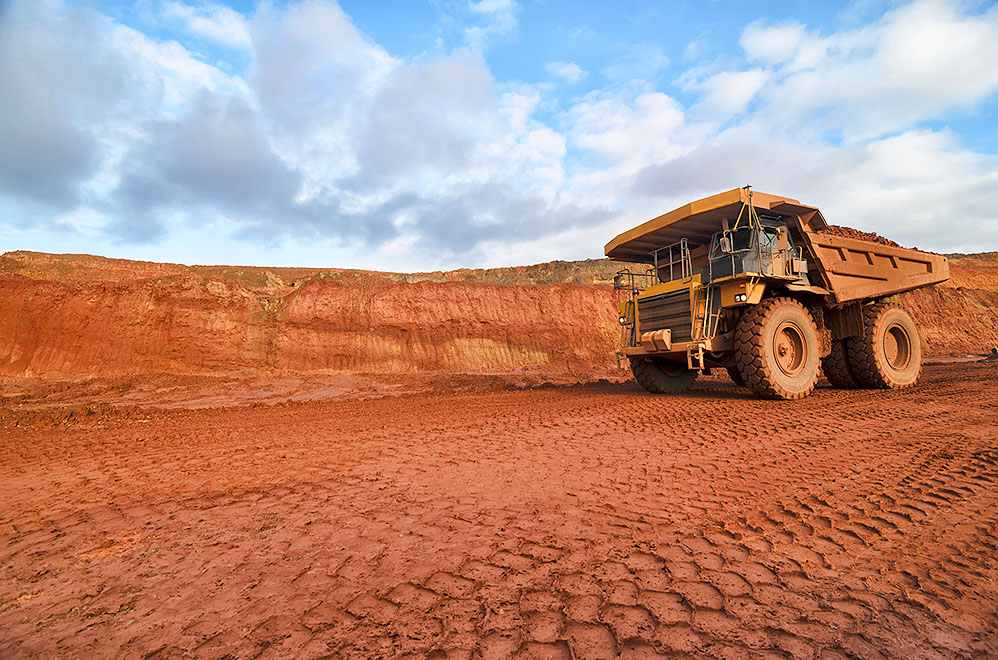 China up, China down? alicenerr/iStockphoto

John Edwards’s rugged appraisal of our recently published book, Only in Australia, is well worth reading. And well worth correcting.

I am tempted to begin with the misdescription he begins by making. Only in Australia is not the fruit of “a group of right-leaning academics and columnists from the Australian.” Of its thirteen authors, one is a correspondent for the Australian and two write columns for that paper. Some of the thirteen are “right-leaning”; others are left-leaning.

In truth, the contributors to Only in Australia have no single political outlook in common. What unites them is an interest in these questions: Is there an enduring Australian Way in policy: a strong inertia in policy approach, sustained by bipartisan agreement, and largely unmalleable to events? Or is there, instead, a sort of Australian Nous: a talent for somehow picking out from the ragged ranges of changing circumstances the favourable path, perhaps even the high road? Both alternatives receive favour at different points in Only in Australia.

But the inertial position is favoured by myself, and probably by most of the book’s contributors. What characterises Australian policy history, I say, is not the agile shift of adaptation, but rigidity. Change is more a matter of form than substance; and an Australian Way endures today in spite of the changes in economic policy since the 1970s. It is to that last claim that Edwards logs some objections.

Protection: In keeping with the “form not substance” formulation, I state that while tariff rates have declined, “budgetary assistance has ballooned.” Edwards retorts that “budgetary assistance has declined.” But the most recent issues of the Productivity Commission’s Trade and Assistance Review available at the time of the book’s writing record “budgetary assistance” to all sectors stood at $3863 million in 2004–05, and $7272 million in 2013–14, a 33 per cent increase in real terms. The contention that tariff reductions haven’t amounted to any real and enduring change in policy stance is further corroborated by April’s decision to build submarines in Australia, a choice that the Productivity Commission has described as “a major step back from the historical reduction in using government procurement preference as industry policy.” The still more recent decision to grant a sort of “most favoured supplier” status to Australian suppliers of the federal government for contracts over $4 million is more of the same. The anti-dumping boondoggle – which Australia pioneered legislatively in 1906 – is stronger than ever, with Australia having a “commissioner” of anti-dumping since 2013.

Industrial relations: The inertial thesis maintains that, for all the apparent change, there has been a high of degree of continuity for over a century in industrial relations. Thus, a Commonwealth Court of Conciliation and Arbitration, after several alterations in name, lives yet as a Fair Work Commission (it still has a “bench”!); the old “consent awards” are rebottled as enterprise bargains; and registered unions, I wrote, retain a monopoly on bargaining. “Not so,” says Edwards. “Provision for non-union agreements was legislated twenty years ago.”

I take him to refer to John Howard’s Workplace Relations Act of 1996, in which the key provision for individual bargaining states, “An employer or employee may appoint a person to be his or her bargaining agent in relation to the making, approval, variation or termination of an AWA.” The Australian Workplace Agreement was, of course, the vehicle for accommodating deviations of individual agreements from collective agreements. And AWAs were, of course, abolished by the Fair Work Act of 2009.

But perhaps of still greater import for the continuity thesis is the disintegration of the Keatingite vision of cutting the tribunal out of the action, and simply letting businesses and unions get on with bargaining. That vision is a shambles, as the recent rejection of the Coles Store Team Agreement by the “full bench” of the Fair Work Commission pungently underlines.

In the light of these policy regressions, one might speak of the plight of those involved in the reforms of the 1980s and 1990s; their earnest labours are now undone before their eyes. But John Edwards is undiscouraged. And perhaps undiscourageable.

I say that because I seem to discern in his review the phantom of Dr Pangloss; for he appears to sympathise with the notion that the stance of policy at any given time – whatever that stance may be – is about right. Thus the White Australia Policy was about right until… it wasn’t any more (around 1970), and then was quickly abandoned. Ditto for protection.

A vision of perennial policy-optimality is intelligible; there could, indeed, be some Australian Genius. But notice that an allegiance to such a Panglossian proposition presents paradoxes in terms of the political categories that Edwards seems ready to apply. I assume he sees himself as “left leaning.” But the perennial policy-optimality thesis is reminiscent of the more “ultra” fancies of the Chicago School of Economics in its last active decade, the 1980s. Thus the Nobel Laureate George Stigler argued (in so many words), “Sugar in the US has been protected for 200 years, therefore sugar protection must be optimal.” And yet it seems difficult to label any such belief in perennial policy-optimality as “conservative,” as such a belief is always welcoming of any (“inevitable”) change in policy. (History always knows best.)

For all that, it remains equally true that the thesis of perennial policy-optimality is highly complacent, and complacency is a psychological signature of conservativism. And however “conservative” the contributors to Only in Australia may be deemed, they are not complacent.

And that brings me to a final dispute with Edwards; the current trajectory of the Australian economy.

Short term forecasting lies somewhere between a necessary evil and a fool’s errand. I’d rather not do it. Neither will I build my analysis on the estimated half-percent fall in GDP in the September quarter, which we have learnt of since Edward’s review.

My preference is to think in longer terms, and thus my lenient consideration of J.W. McCarty’s hypothesis that Australian economic history consists of long investment booms, about thirty-five to forty-five years in length, separated by slumps. Such a thesis is awkward company for any vision of Australian Genius. So, unsurprisingly, Edwards disposes of the hypothesis’ gloomy insinuation for the current situation with a fleet mockery.

Yes, it would be foolhardy to take any hypothesis of long cycles too literally. But let’s give credit where credit is due. McCarty advanced his schematisation of Australia’s growth experience in 1972. He asserted the then current boom was driven by manufacturing, and had commenced around 1935. Evidently, McCarty’s manufacturing long boom was long in the tooth by the time he broached it in 1972. But, by lucky strike for McCarty or otherwise, in 1974–75 Australia fell into a slump – a slump that turned on a crisis in manufacturing, and that was serious and sustained. Incredible as it may seem to us, full-time employment in August 1978 was below what it was five years before in August 1973. (To underline the seriousness which that implies: employment in 1934 was above employment in 1929).

By the lights of McCarty’s thesis, the next long boom began with the recovery from the mid-1970s recession. I hazarded 1979 as the new Year 1. Full-time employment grew by over 1 per cent that year. And there was a reason for this: metals prices were rising, and the phrase “resources boom” seems to first appear in print in 1979 – uttered by Ross Garnaut, in fact, though not in reference to Australia. By 1981 the “Australian resources boom” was a stock of newspaper headlines, and by August 1981 full-time employment stood 5.8 per cent above three years before. The resources boom of the early 1980s was the harbinger of the mother of all resources booms of our day; the portent of the generational reorientation in the foundation of the Australian economy.

True: since 1979 there have been two recessions; but Edwards can’t convincingly contend that the thirty-seven-year interval since contains “the two worst recessions Australia has experienced since… the Great Depression”: the percentage peak-to-trough decline in seasonally adjusted real GDP in 1961 and 1974 both exceeded that of 1991. And the 1991 recession was followed by a remarkable near quarter-century long stretch of unbroken advances in quarterly GDP, that just three months ago many journalists were rejoicing over.

But now it is over. Or so it may seem. Australia may, in fact, be in a weird Panglossian clench. When China is up, Australia is up; and when China is down, Australia is up, too. When China booms, Australian exports surge; and when China slumps, its capital comes running to find safe refuge here. Some will welcome the consequent “invincible prosperity.” Others might wonder if this gratuitous affluence is rotting the country from its insides, as much as unwonted success in a lottery can wreck the life of the blithe ticket holder.

Thus may be the plight of Australia. •

John Edwards writes: ’s views are stimulating, interesting and unusual. Though I disagree with his view that nothing much has changed, I think he is right to discern elements of continuity and consensus in Australian policies, including migration, industrial relations and the tax/transfer structure. But in demonstrating that nothing much has changed he relies on propositions that are wrong. In his response, he appears to affirm them, but they are still wrong.

To reiterate, there is not now and has not been since the Keating amendments over twenty years ago a trade union monopoly on enterprise bargaining.

In his response he refers to a “near quarter-century-long stretch of unbroken advances in quarterly GDP.” He adds, “Now it is over. Or so it may seem.” But there has not been a quarter-century-long unbroken stretch in advances in quarterly real GDP. Apart from Coleman’s, I am not aware of any claim there has been, least of all by “journalists.” In fact, the decline in GDP in the third quarter this year is the fourth negative quarter in the past quarter century. The more usual and correct claim is that there has been no recession in the period, defined in the ordinary way as two consecutive quarters of GDP contraction. It may be “over” but we won’t know until we see the fourth quarter numbers.

Using the simple measure of the contraction of GDP over the relevant period, I agree with Coleman that the 1991 recession was not as severe as the 1961 recession, or the 1975 recession. The 1981–82 recession, however, was very much worse than all of those. There was no recession in 1974 in the usual definition though there was a severe downturn in the June quarter of that year. It remains the case that Coleman includes two recessions in his “long boom,” including the most severe recession since recovery from the great depression.

Coleman accuses me of Panglossian views. I do think wage arbitration worked reasonably well up to the mid 1960s, and that tariff protection was probably useful for Australian economic development up to around the same period. I think it was a very good thing Australian governments ended convict transportation over the objection of the squatters, and refused to allow them to bring in cheap (and indentured) labour. I also think there are a lot of policy mistakes in Australian history – soldier settlement, Imperial Preference, neglect of defence preparation for the Pacific War, insistence though to the mid 1960s on race rather than skills as a criterion for migration, etc. etc. I do not think that whatever happened was right and necessary and for the best. For all that, Australia does seem to be pretty good at changing what no longer works. •

William Coleman is a Reader in Economics at the Australian National University, and editor of Only in Australia: The History, Politics, and Economics of Australian Exceptionalism (Oxford Unversity Press, 2016)