The price of secrecy 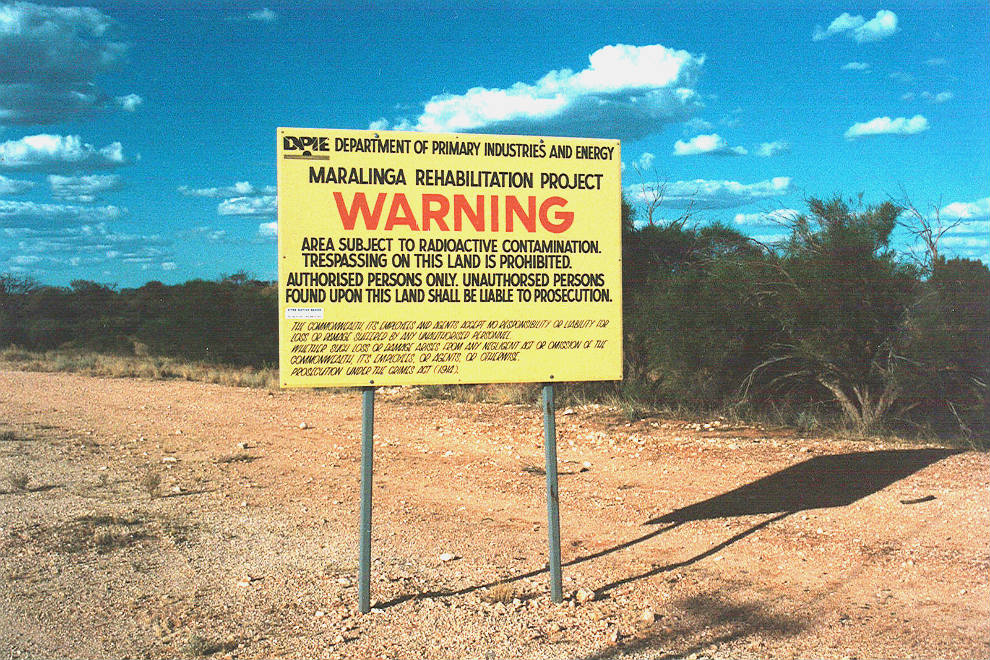 Elizabeth Tynan’s new book, Atomic Thunder, is the best account yet of the profoundly anti-democratic policy process that led to Britain’s testing of nuclear weapons at the Monte Bello islands, off Western Australia, and at Emu and Maralinga in South Australia, between 1952 and 1963. Maralinga was an Indigenous word for thunder, but Tynan gives the word a broader contemporary meaning in her final paragraph: “If there is a word that speaks not only of thunder but also of government secrecy, nuclear colonialism, reckless national pride, bigotry towards Indigenous peoples, nuclear-era scientific arrogance, human folly and the resilience of victims, surely that word is Maralinga.”

Several good books have been written about the tests, but Britain’s refusal to release hundreds of thousands of pages of relevant material hobbled their authors. The addiction to secrecy also frustrated Jim McClelland’s royal commission into the tests, which proved to be a model of how a good commission should perform.

Although much remains unjustifiably secret, Tynan, a senior lecturer in James Cook University’s graduate research school, has taken advantage of recently declassified files to reinforce her prodigious research into one of the most shameful episodes in Australian history. Atomic Thunder gives readers the most comprehensive insight yet into the enormity of what happened during the tests and associated trials.

Tynan’s starting point is Britain’s vainglorious decision to develop nuclear weapons, which was quickly followed by prime minister Bob Menzies’s staggering irresponsibility in allowing these dangerous tests to go ahead without answers to basic questions about what they involved and the risks they posed.

Menzies refused to seek independent advice from highly qualified Australian scientists such as Mark Oliphant, who had worked on the American bombs. Oliphant’s sin was that he didn’t like the idea of killing millions of people with nuclear weapons. Instead, Menzies relied on advice from a nuclear weapons zealot, Ernest Titterton, a British citizen living in Canberra, who unswervingly insisted there were no dangers at all. McClelland showed that Titterton’s first and only loyalties were to Britain and nuclear weapons. (It would not have surprised if he had eaten two teaspoons of plutonium on TV, claiming it was a health tonic he took every day.)

The policy-making structure ensured the effects on the local Aboriginal population were ignored, as were the dangers to the British and Australian service personnel exposed to radiation at the test sites, and to other Australians living much further away.

Atomic Thunder unambiguously demonstrates that the most dangerous tests were the ones falsely described as “minor trials” at Maralinga. The worst of these, “Vixen B,” used high explosive to blow up plutonium, much of which was widely distributed as radioactive contamination. Frequent dust storms in the area repeatedly stirred up plutonium particles – and still do – which could be readily inhaled or ingested by unsuspecting Maralinga workers, Indigenous kids, unsuspecting tourists and many others.

The British maintained ridiculous levels of secrecy, partly to prove to the Americans that they were trustworthy and partly to hide the nature of these trials, the worse of which focused on developing the UK’s fission and fusion bombs.

These were not lab experiments. Big explosions created partial fission reactions and horrific plutonium contamination. Tynan nails this in her book – unlike a docile media that failed to report anything about the trials at the time.

The chapter on the Roller Coaster investigation shows that the British knew at the time that the extent of the plutonium contamination at Maralinga was far bigger than what they had reported to the Australian government. The government then relied on the false estimates, wrong by a factor of ten, to indemnify the British in 1968 for any future liability to clean the site up properly.

Deceit also applied to the standard weapons tests, including a bomb detonated in a ship’s hull. The British high commission told a silly lie to an Australian scientist worried about the grossly inadequate clean-up of the contaminated Monte Bello site: “Everyone knows when you explode a nuclear weapon on a ship, the whole ship is vaporised.” No one knows that for the simple reason it’s not true. As Tynan points out, the islands were contaminated with radioactive debris, including pieces from the ship’s large driveshaft.

It’s possible to see a direct line between the complex of forces described in Atomic Thunder and what is happening today. Immediately after the census computer system crashed recently, for instance, the ABC and other outlets turned to people like Peter Jennings, who heads the Australian Strategic Policy Institute, an organisation partly funded by arms manufacturers. Although Jennings could not possibly have known what had happened – no one did at that stage – he claimed that the Chinese government was the likely culprit. Given he couldn’t know, why ask him, let alone broadcast his incorrect answer?

As Media Watch later explained, the computer system basically crashed because it was overloaded, not because it was under attack by foreigners. Yet nonsense about a “denial of service attack” still pervades media accounts of what happened, including a recent Radio National Breakfast report. Before journalists add to the momentum building for a war with China, they should read Atomic Thunder from cover to cover to better appreciate the dangers of relying on “experts” embedded in a rambunctious national security establishment.

Tynan’s focus on the damage done by secrecy has a compelling resonance at a time when a powerful new security establishment dominates much of Australian politics. Unlike the tepid D Notices of the 1950s and 60s, new laws now provide seven years’ jail for a journalist or anyone else who publishes or releases anything that might hold the security chiefs to account.

There is bipartisan political support for jailing journalists if they report anything about “a special intelligence operation,” even if it is badly bungled or inherently foolhardy. Journalists are not allowed to know what’s a special operation and what’s not, but that lack of information is no defence against a conviction.

It would be almost impossible to report a modern-day equivalent to past scandals, such as the reckless Australian Secret Intelligence Service raid on the Sheraton Hotel in Melbourne. The trainees wearing masks who ran around the premises with silenced machine guns were lucky not to be shot by the Victoria Police, who had not been included on the need-to-know list.

Following the destruction of Hiroshima and Nagasaki, Robert Oppenheimer – the head of the hyper-secret Manhattan Project, which developed the first nuclear weapons – said in a courageous speech at Los Alamos in 1945, “secrecy strikes at the very root of what science is, and what it is for… It is not good to be a scientist, and it is not possible, unless you think that it is of the highest value to share your knowledge” and that it is “a thing of intrinsic value to humanity.”

I would like to think something similar applies to journalists. It certainly applies to authors like Tynan. •

Brian Toohey spoke at the launch of Atomic Thunder in Sydney on 27 September.

Brian Toohey is a columnist with the Australian Finacial Review. He reported on leaked details of the British tests for the AFR and the National Times in the 1980s.

Time’s up for ageing alarmists

Mistaken fears about an “ageing population” have stopped us from considering how best to respond to the prospect of longer, healthier lives 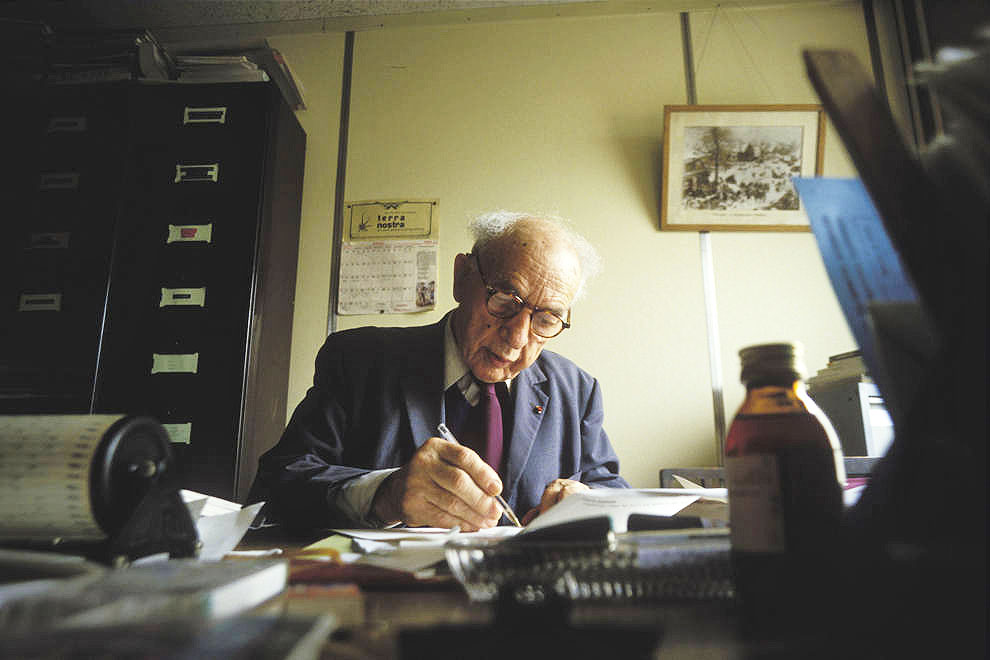