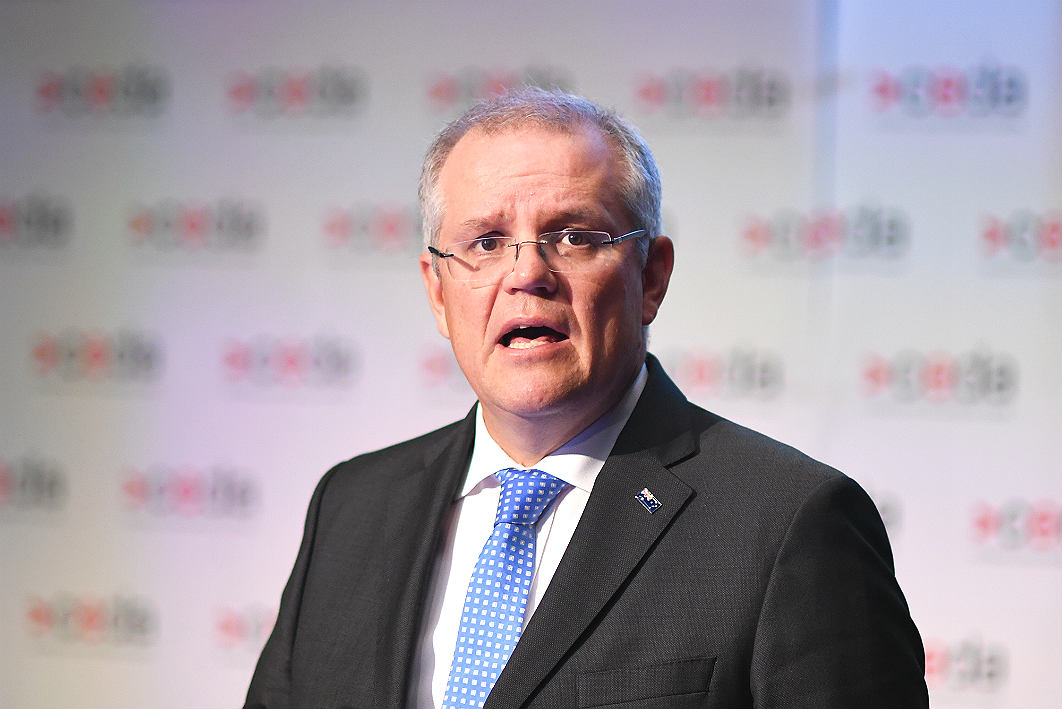 Much of the Productivity Commission’s latest five-yearly “productivity review,” Shifting the Dial, is a grab-bag of policy recommendations dating back as far as the 1990s. Some are good ideas that have failed, for one reason or another, to gain political acceptance; the most striking of these are carbon pricing and road pricing, proposals that treasurer Scott Morrison unsurprisingly ignored when he released the report. Others are mopping up operations after battles the commission fought and won last century; the elimination of tariff protection is a prime example.

More positively, Shifting the Dial focuses on improving “human capital,” the workforce skills and capabilities generated by better education and better health. And, as I’ll discuss later, the commission seems to have walked away from the profit-driven market approach that characterised its recent report on human services.

The central issue, however, is productivity. The commission’s claim, embodied in the report’s title, is that Australia can, and should, increase its long-term rate of productivity growth by 0.5 percentage points, and that this goal can be achieved by microeconomic reforms of the kind the commission has long advocated. “If long-run productivity growth lifts sustainably by 0.5 per cent a year,” says the commission, then the generation of people born this year will see production per person increase to “about six times its current size, or about 50 per cent bigger than if productivity remains about average” over their lifetimes.

Claims of this kind have long been the conventional wisdom in Australian economic policy circles. Their proponents recall a golden age in which the microeconomic reforms that began with the floating of the dollar in the 1980s gave rise to a miraculous “productivity surge” in the mid 1990s. The surge was characterised by a strong increase in the estimated growth rate of multi-factor productivity, or MFP, the technical term for that part of the growth in our economy’s output that can’t be explained by increased inputs of labour and capital.

The surge was celebrated at the time as evidence that Australians were finally reaping the benefits of painful microeconomic reform. Sadly, it only lasted for five years. As measured by the Australian Bureau of Statistics, MFP fell back after 1998 and has been near zero since 2003. Much of this decline, though, reflects measurement errors associated with droughts, the mining boom and other factors.

While reform advocates have talked a lot about that shortcoming of the figures, they ignore the fact that a different kind of measurement error was the main source of estimated MFP growth in the mid 1990s. Much of the increased productivity was due to the fact that, in the wake of the early 1990s recession, workers were forced to work much harder to keep their jobs. Everyone at the time, with the exception of economists, knew this; John Howard famously described it as a “barbecue stopper.” Twenty years later, the Productivity Commission is still in denial.

Other members of the “official family” are beginning to voice their doubts. A recent Treasury paper by Simon Campbell and Harry Withers, for instance, criticises the whole idea of MFP. As the pair note, MFP is a residual: the extra growth after changes in labour and capital are taken into account. This is sometimes called the Solow residual, after Robert Solow, who discovered it when he tried to estimate models of economic growth in the 1950s. It’s normally explained as technological change, and more precisely (this is important) as “disembodied” technological change. That is, the residual consists of technological change that isn’t embodied in new, more powerful equipment, which should be captured in the measure of capital input.

Campbell and Withers point out that labour productivity has risen steadily, largely as a result of “capital deepening” (more capital per worker), and that this was able to happen because of a steady decline in the relative price of capital goods. But they don’t spell out the reasons for the falling price of capital goods. The crucial point is that nearly all technological progress in the last couple of decades has taken the form of cheaper, faster and more powerful information and communications technology, or ICT. This appears — at least from the viewpoint of an ICT-importing country like Australia — as a kind of embodied technological change. In other words, the capital contribution to increased productivity appears as capital deepening, not as increased capital productivity.

But wait, there’s more. The standard measure of labour productivity is output per hour worked. This doesn’t take account of the quality of labour input, which is determined largely by education (and also by experience, though the average experience of the workforce doesn’t change much over time). If you accept that all productivity growth is explained either by better education or better (embodied) technology, then the Solow residual (that is, the rate of MFP growth) should be zero.

As it turns out, this is pretty much what has happened in Australia. In addition to the MFP statistics quoted by the Productivity Commission in its report, the ABS produces estimates of MFP that take account of changes in labour quality (education and experience). The series begins two decades ago, in 1997–98. On average, labour quality accounts for about 0.3 percentage points of annual productivity growth since then. And, you guessed it, once this improvement is taken into account, the rate of MFP growth over the two decades comes out exactly equal to zero.

By subtracting the trend rate of quality improvement from earlier estimates of MFP growth, beginning in 1980–81, we can estimate that from 1980–81 to 1997–98, before ICT became the central source of productivity growth, quality-adjusted MFP growth averaged 0.4 per cent per year. For the entire period since 1980–81 the average rate has been 0.2 per cent, which is within the range of measurement error.

As this evidence suggests, the modest-sounding goal of adding 0.5 percentage points to growth by lifting MFP is highly optimistic. To do so over a lifetime of seventy-plus years, as the commission’s report suggests we could, is nothing short of utopian.

As the experience of the mid 1990s shows, measured productivity growth can be pushed up for a little while by increasing work intensity (the archetypal example being the Soviet Union’s five-year plans in the 1930s). But gains achieved in this way can’t be sustained for very long without ever-increasing pressure, let alone for decades.

So, if Australia had relied on MFP growth for improvements in productivity, our living standards would have been stagnant for decades. Productivity growth arises almost entirely from the combination of better-educated workers and better and cheaper technology.

To be fair, the commission does have some ideas about improving the first of these, educational outcomes, and they are at least an improvement on the market-competitive dogma that has characterised its previous forays into this area.

There’s even a hint of recognition of past failures in the supporting paper on Upskilling and Retraining, in which the commission observes that “the recent problems in the VET sector have shown that poor-quality, high-cost supply can survive even in a supervised market.” “Recent problems” may be an understated way of describing the policy disaster of for-profit vocational training, which has wasted billions of public dollars and sucked tens of thousands of students into worthless courses, but it’s better than no acknowledgement at all.

In place of market dogma, the commission canvasses a range of ideas including lifelong learning programs, tax incentives for employers to provide training, and the application of consumer protection laws to universities. These ideas are worth looking at, but most aren’t new: we had a Training Guarantee Levy under the Hawke–Keating government in the 1990s, for example. It’s hard to see any of them producing fundamental changes in a sector that is subject to a more-or-less continuous round of inquiries and reviews.

While attention to investment in education is welcome, the report almost entirely misses the big economic news of the twenty-first century, namely, growing inequality and the threat it poses to future growth in productivity and living standards. The commission’s treatment of the issue is dismissive, to put it mildly. It notes that:

The motivation for limiting inequality extends beyond its intrinsic value to the desirability of avoiding too great a dispersion in incomes, given evidence that this can, in its own right, adversely affect productivity growth.

Yet it passes over the problem with the claim that, “Indeed, popular impressions aside, household income inequality does not appear to have risen in Australia this century.”

No source is given for this claim, which has been the subject of vigorous dispute in recent years. And that’s all the commission has to say on this vital subject. Except where it appears in quotations from other sources, the word “inequality” is nowhere to be found.

This omission undermines the report’s focus on education. In a society with high and entrenched inequality, education ceases to be an engine of equal opportunity. Rather, with access to the best schools and universities dominated by the children of the well-off, it reinforces existing patterns of class stratification.

The themes of microeconomic reform and productivity have dominated Australian economic policy since the 1980s, but they have run out of steam. If we are to improve living standards, we need innovative ideas to replace the leftovers of a twentieth-century reform agenda. ● 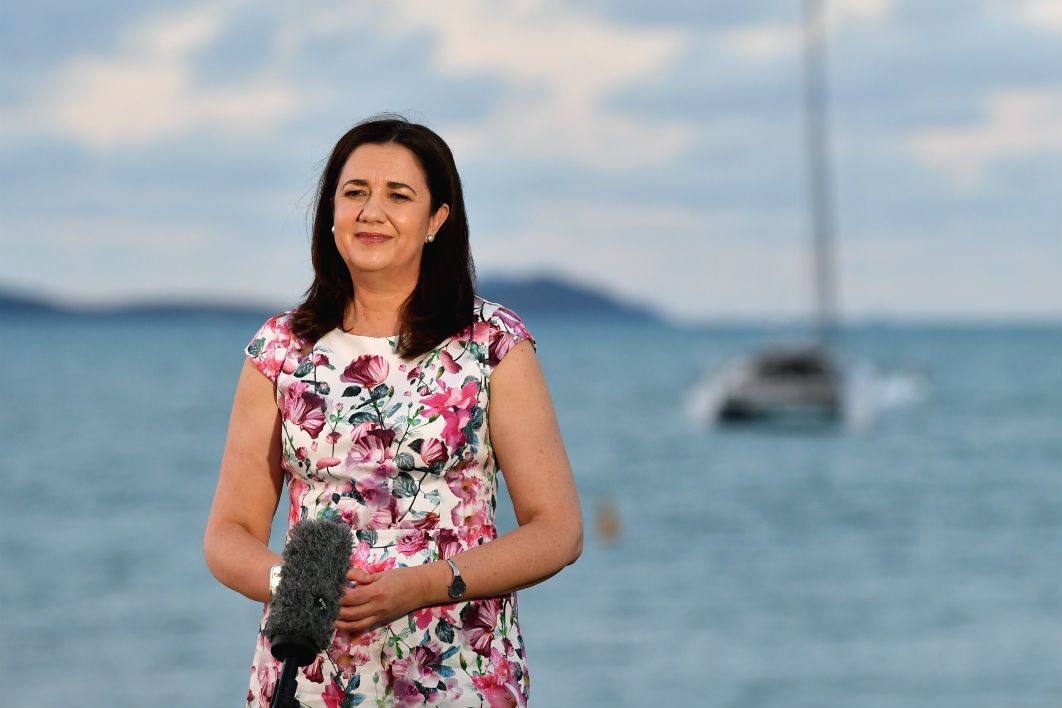