The Queen and the perfect bicycle

Quietly at first and then more vocally, concern has been expressed about the discipline of economics and its possible role in generating the economic crisis 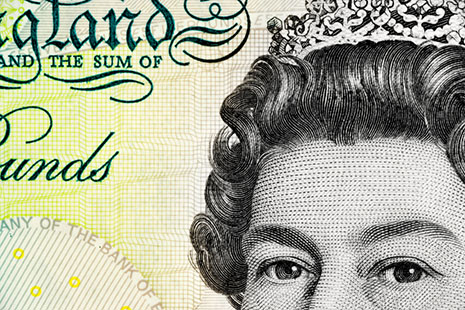 AS EVEN the most ardent republican would acknowledge, Queen Elizabeth is not one to make flippant comments about grave matters of public policy. So when, capturing perfectly the mood of public exasperation, she asked an economist why his profession had not seen the crisis coming, it became a serious matter for the British Establishment. The response, which came at the end of July in the form of a letter to Her Majesty from that august institution, the British Academy, suggested that everyone had been doing their individual jobs correctly, but as a group economists had missed the big picture of a “series of interconnected imbalances.” If economists were guilty of anything, the letter suggested, it was “a failure of the collective imagination of many bright people… to understand the risks of the system as a whole.”

What the letter revealed was that economists are willing to take the blame for not thinking big enough, but they are not willing to accept that their “perfect bicycle” is in need of any serious repair. This perfect bicycle is the term applied by the young Paul Samuelson, who went on to become one of the most celebrated economists of the twentieth century, to the mathematical equilibrium economics that has dominated the profession for much of the past fifty years. But it may be that the assumptions and implications of this approach to economics and to financial markets, summed up in the Efficient Markets Hypothesis, or EMH, are the problem, and that the failure to think about the system as a whole follows from this approach.

Like another famous way of thinking about economics, monetarism, the EMH originates at the University of Chicago. The basic idea is that because prices for stocks, bonds, derivatives and so on are always based on a large body of information analysed by a large number of buyers they will therefore reflect the fundamental value of these securities. Securities will trade at an equilibrium between supply and demand, and markets will therefore operate efficiently. It is a remarkable claim about information and how it is incorporated into market prices.

The case for EMH is built on three assumptions, suggests Harvard economist Andrei Shleifer. First, investors are said to be rational and to value their potential purchases rationally. So investors are not likely to buy before finding out about what they are buying and thinking about how to maximise their return. Second, even if some investors are irrational their random trades will cancel each other out, leaving prices unaffected. Irrationality is the exception and it is of no consequence. Last, even if there is a consistently irrational approach to investing amongst a group of investors, based on the mating cycle of cane toads for example, rational arbitrageurs will meet them in the market and eliminate their influence on prices.

The EMH has two main implications for financial markets, argues the economist Richard Thaler. First, “The Price is Right”: asset prices for stocks and bonds incorporate all information, providing very accurate signals to buyers and sellers. If this is correct, asset price bubbles are simply not possible. The very notion of a bubble or inflated price cannot survive the three processes Shleifer identified. The second implication, suggests Thaler, is that there is “No Free Lunch,” because traders cannot beat the market. If everyone in the market has the information then any cheap or expensive assets will rapidly be identified by traders, and arbitraged away. Just as it is difficult to beat the house at roulette, it is hard to beat the market under these assumptions.

What are the general problems with the EMH? Samuelson’s perfect bicycle of financial engineering is sustained by the “ergodic axiom,” which underpins the EMH. In economist Paul Davidson’s words, the ergodic axiom holds that the future is “merely the statistical shadow of the past.” In other words, financial economists calculate probable future risks based on historical data. Unfortunately, human societies are not, to use Robert Skidelsky’s phrase, “a stable and repetitive universe.” Our communities are more like living things than automobile engines. They grow, change, adjust and over time are transformed. They are non-ergodic. Adopting a fundamental axiom more appropriate for the physical world than the social world seems like a bad start.

Eliminating uncertainty from the lexicon of the financial markets has arguably been a mistake. EMH encourages altogether too much confidence in financial engineering. If more of our financial activities assumed uncertainty, and therefore that we would have to be more risk-averse, we would live in a world of more conservatively managed companies, governments and individuals. Of course, the trade-off would be a society more like that of our grandparents, in which getting a mortgage was a struggle and the standard of living was much lower. But the global financial crisis has forcibly recreated that world for many people in any case.

The EMH leads to neglect of the regulation of the key institutions like banks and credit rating agencies that actually make our markets work. It encourages this neglect because it says that information works automatically to impose the disciplines of the market, a bit like an operating system in a computer. But in a non-ergodic world institutions are fundamental to instilling confidence about the future in market participants. In an uncertain world we need institutions we feel we can trust in order to engage in financial transactions.

What specific role did the EMH play in the global financial crisis? The EMH led policy-makers to ignore key market processes. Financial market participants do not merely integrate information coming from outside the markets in the wider, real economy, but are focused on what other traders are doing, in an effort to anticipate their buy/sell activities, and thus make money from them (or at least avoid losing more money than the average). In this sense, rumour, norms and other features of social life are part of their understanding of finance.

Keynes provided what remains the best intuitive illustration of the importance of this understanding of finance and financial crises in his tabloid beauty contest metaphor, first published in 1936. Keynes suggested that finance is not, as the EMH supposes, a matter of picking the best stocks, based on an economic analysis of which should rise in value in future. Anticipating what other traders in the market were likely to do was actually more relevant. Keynes compared finance to beauty contests that ran in the popular newspapers of the time. These contests were not, as might be assumed, about picking the most attractive face. Success was achieved by estimating how others would vote and voting with them – although, as Keynes pointed out, others would be trying to do the same, hence the complexity of the financial markets. The point is that policy-makers were focused initially on fundamental issues rather than, as Keynes suggested, on what traders were doing. As time moved on, of course, the policy-makers had to abandon the EMH-type approach and focus squarely on anticipating traders.

EMH led to a misunderstanding of the initial episode of the crisis, when securities markets came to a halt in late 2007 and early 2008. This was not caused by “toxic” subprime loans. Given that the subprime securities market was worth only $0.7 trillion in mid 2007, out of total global capital markets of $175 trillion, the supposed impact of subprime assets is out of all proportion to their actual weight in the global financial system. This strongly suggests that another explanation for the global financial crisis is needed. The paralysis or “valuation crisis” that came over global finance in 2007–09, in which banks were unwilling to trade with each other or lend money, had no specific relationship to subprime lending. It was a crisis of confidence, in the non-ergodic social foundations of global finance.

Given all this, what could replace the EMH? The great attraction of the ergodic axiom and the EMH is that it allows for the construction of models of human behaviour. These models are deeply embedded in the training of the economics discipline, and many economists will be very reluctant to give them up. A more modest worldview, which allows uncertainty back into the story of financial markets, as seems necessary, would imply a more inductive approach in which experimental and other empirical techniques become more important. A great deal of research into the social foundations of finance, including trust and how institutions work, seems vital, given the experience of the crisis. Rather than focus on the little pieces of the world, economists may feel compelled to undertake more holistic studies into how things actually fit together.

THE EMH, as it has been taken up in the financial markets and by policy-makers, is clearly implicated in the global financial crisis of 2007–09. Two very different understandings of financial crisis compete. The first, the exogenous approach in which the EMH is king, sees finance itself as a natural phenomenon, a smoothly oiled machine that every now and then gets messed up by the government or by events that nobody can anticipate, like war or famine. The other perspective, critical of the EMH, argues that the machine-like view of finance is mythic. Like all other human institutions, finance is a social world made by people, in which collective understandings, norms and assumptions give rise periodically to manias, panics and crashes. On this account, financial crises are normal.

While truly global financial crises are fortunately rare, we understand so little about the mechanisms that cause them that much greater modesty about how finance works seems sensible than is evident in the EMH. We should abandon Samuelson’s perfect bicycle, and embrace the lesson of Keynes’s beauty contest and the valuation crisis of 2007 – that financial markets are social phenomena in which collective understandings, especially confidence, are vital. Perhaps then economists will not have to explain themselves to the Queen. •

Timothy J. Sinclair is Associate Professor of International Political Economy at the University of Warwick. He is the author of The New Masters of Capital: American Bond Rating Agencies and the Politics of Creditworthiness (Cornell University Press 2005).