The referendum is coming: but are we ready?

The referendum campaign is likely to leave voters confused, bored or both, write Jackie Hartley and Paul Kildea. But there are better ways to communicate the cases for and against 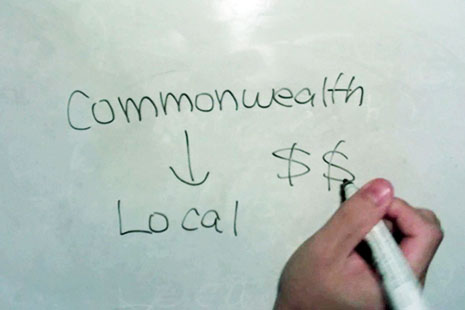 With a referendum on local government funding just around the corner, the federal government faces the difficult task of educating voters about a complex change to the Australian Constitution. Many Australians, particularly first-time voters, may not have turned their minds to the Constitution before; others may have dim recollections of voting in the last referendum in 1999. Studies show that voters have very little understanding of the contents of the Constitution, and one leading commentator has said that Australians will resist all attempts to encourage them to take an interest in it. Given this difficult backdrop, how can we equip voters with the information they need to cast an informed vote?

A longstanding and bipartisan consensus exists on the importance of voter education. For over a century, federal parliament has accepted that governments have a duty to inform voters about proposals to change the Constitution. This referendum is no different, although the federal government’s decision to allocate the lion’s share of public funding to the promotion of the Yes case ($10 million, compared to $500,000 for the No campaign) has attracted controversy. Although some of this money will be spent on television and newspaper advertisements, referendum education occurs primarily through the mechanism of official “Yes” and “No” cases, set out in a pamphlet that is distributed to every household. The purpose of these pamphlets is to ensure that voters can evaluate the competing arguments and exercise an informed choice about a proposed change to the Constitution. Speaking in favour of the 1912 legislation that first authorised federal spending on such pamphlets, prime minister Andrew Fisher said that there “can be nothing worse for a country than to expect the people in it to vote for or against the alteration of their Constitution without knowing what they are doing.”

Fisher’s commitment to voter education remains inspiring. But, from the vantage point of 2013, his faith in the Yes/No pamphlets seems horribly naive. A century of experience has shown that voters rarely read these adversarial pamphlets. In addition, the pamphlets often do more to confuse voters than to help them reach a considered decision. The 1999 campaign pamphlet was typical, being a combination of the Yes campaign’s appeals to patriotism and the No campaign’s negative slogans (“Don’t know? Vote NO”). A series of inquiries has called for significant reforms to how governments engage with, and inform, the public about the process of constitutional change. Yet, so far, the federal government has not implemented anything of note. We are staring down the barrel of another referendum campaign that fails voters by leaving them confused, bored or both.

Are there better ways to educate and engage the public about constitutional change? We think there are, having recently seen the surprising results of an in-class exercise that we ran with our public law students at the University of New South Wales.

We asked our students to work in groups to devise an information campaign in connection with either the Yes or No side of the local government referendum proposal. We placed no constraints on the types of material they could produce – just that it needed to be legally accurate, clear and creative. The main objective of the exercise was to deepen students’ understanding of both the constitutional issues raised by the proposed amendment, and the challenges involved in advancing public education on complex legal issues.

To our surprise and delight, the students not only developed an understanding of these matters, but also created materials that suggest fresh possibilities for breaking free from the paralysis that has so long plagued referendum education. With only a weekend to work on the task, the students displayed greater energy and ingenuity than has so far been displayed on either side of the debate. Indeed, their ideas outstripped much of what has passed as “educational” campaign material at referendums past.

The most striking aspect of the students’ work was the sense of fun they brought to what could be characterised as a dry and dusty constitutional issue. Many of the groups were acutely aware of the challenges involved in appealing to young, first-time voters (indeed, many of the students themselves fit this description). One group created a video that lent the referendum atmospherics and music reminiscent of the movie Star Wars – except this video was called Constitution Wars… Episode XLV. There were several musical pieces, spanning the genres of pop, rap, rock and jazz, as well as catchy jingles. Some students were moved to poetry rather than song. For example, a self-styled Poet Laureate for the Yes campaign read from her poem “I Love a Local Government”; one verse included the lines: “Childcare, healthcare, aged care / Local government is the best / Fighting fires, building bridges / In the referendum vote YES!”

The poll on 14 September will be Australia’s first social media referendum, and there is no doubt that activists on both sides will look to harness the potential of Facebook, Twitter, Tumblr (etc) to their advantage. A couple of groups got away to a head start. The most notable was a Twitter campaign that issued rapid-fire tweets over the course of the weekend making the case for change, providing useful information about the Constitution and emphasising the importance of enrolling to vote. So successful was this feed that, within a few days, it counted among its followers leading constitutional law academics and the federal treasurer, Wayne Swan.

Of course, any campaign run in 2013 would be incomplete without memes. The same group portrayed Ned Stark (a character from Game of Thrones) looking grimly into the distance, perhaps contemplating how he would vote. The tag line encouraged people to enrol to vote – after all, “The Election is Coming.”

Humour can be an excellent tool for breaking down barriers and encouraging people to learn about an issue they might otherwise avoid. But, as the students recognised, it does not appeal to everyone and must be balanced with more direct methods of communicating information about the proposed change. Many students were keen to cut through the cheap sloganeering that too often accompanies election campaigns. They wanted to provide the public with accessible and sensible information. Yet, they understood the challenges involved in balancing the goals of explanation and persuasion. Too much information can cloud one’s message or simply bore people; on the other hand, material that plays excessively on people’s emotions might not inform them about the issue at all.

The students adopted a number of strategies to achieve this balance. For example, they created videos, posters, plain-English pamphlets, and radio and TV segments in which “guests” debated the core issues. They presented relevant information in a way that was accurate, clear and slogan-free. By respecting the capacity of the Australian people to pay attention and follow the arguments presented, the students’ work contrasted sharply with much of the material produced in past referendum campaigns.

However, for others, an emotive, fear-driven campaign was simply too alluring. Some groups preyed on voters’ fears by presenting materials that exaggerated either the effects of a federal power grab or a bleak future in which local governments are bereft of funding if the proposal fails to achieve the elusive double majority that it requires to succeed. The students’ rationale for taking such an approach was sound: they had reviewed previous campaigns, including those of 1974, 1988 and 1999, and the record showed that sharp, simple messages worked.

In other presentations, the popular appeal to voter ignorance – “Don’t know? Vote no!” – reared its head. When asked why they had taken this approach, students frequently commented that Australia’s poor track record in civics education meant that this slogan was irresistible – it was simply too easy to run a successful “no” campaign this way.

Overall, a consensus emerged across the groups that it was too much to expect campaign material, such as a thirty-second television advertisement or a short pamphlet, to take on the heavy lifting of educating the public about our Constitution. Some warmed to the idea of a “neutral” education campaign (such as that developed by a government appointed panel of experts in 1999) to present clear and objective information on the issues. But the larger problem remained: how exactly do you get a citizen up to speed on a complex constitutional issue so that they can cast an informed vote?

There is no simple answer to this question, but the students offered a careful and nuanced response to it. Many felt that the final weeks of a referendum campaign provides limited opportunities for public education, and that governments must build more opportunities for learning and engagement into the process months and even years in advance. The students favoured ideas such as an ongoing adult civics education program, a constitutional convention held every ten years, and public conventions or citizens’ assemblies to consider specific reform proposals. In essence, many students felt that efforts to encourage an informed vote should not be confined to the final frenzied months of a referendum campaign. Instead, they believed that innovative, longer-term measures are required to promote public education, engagement and popular ownership of constitutional issues.

Such measures have not characterised the local government referendum process to date. On the contrary, the process has involved almost no public engagement. An Expert Panel that looked into the issue in 2011 held just six consultations, and the majority of attendees were local council representatives. Most Australians will hear about the issue for the first time just weeks before they are required to cast a vote on it.

The students had an intuitive sense that public education under these circumstances is very difficult to achieve. But, faced with the challenge of developing campaign materials on local government funding, they also showed that education programs on the Constitution do not have to be slow, dull or insulting. Their pamphlets, posters, videos, songs, poems and deft use of social media showed that a bit of energy and creativity can go a long way in providing people with a window into a complex issue. They demonstrated that, with humour, ingenuity and hard work, even a proposed amendment to section 96 of the Constitution can be made interesting and worthy of attention.

With thanks to the talented students and teachers of Principles of Public Law, UNSW Law, Semester 1, 2013. We especially acknowledge the contributions of Jade Carter-Bond, Scott Goward, Rafael Lawrence, Yubao Liang, Kevin Lin, Steven Mercael, Amila Perera, Tanja Bresolin, Billy Qian, Peter Rundle, Daniel Stathis and Benjamin Tang (along with others who wish to remain anonymous) and thank them for their permission to use their campaign material as part of this article. 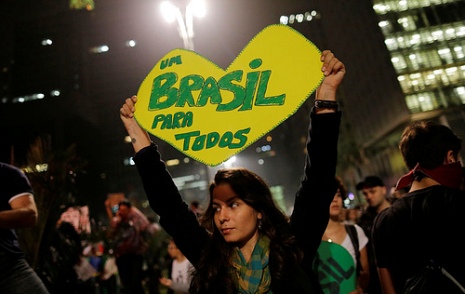