It’s not just sweatshop labour that keeps down the price of the stuff we buy, writes Brett Evans 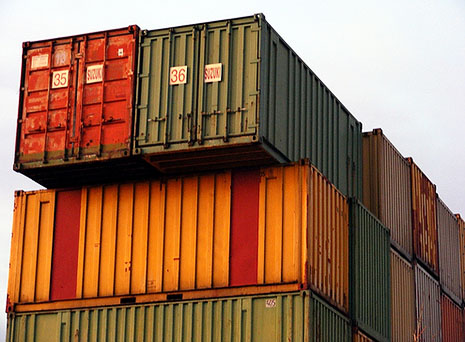 Deep Sea and Foreign Going: Inside Shipping, the Invisible Industry that Brings You 90% of Everything
By Rose George | Portobello | $35

WHEN my father ran away to sea he was just fifteen years old. Family legend has it that he waited until his widowed mother was befuddled by anaesthetic after a minor operation before he got her to sign the necessary papers. She didn’t see him again for a fortnight, by which time he had a union card and two weeks wages in his pocket.

My pragmatic grandmother, battle-scarred by the Great Depression, knew a good deal when she saw one. In Christchurch in 1944 a pound in your pocket today was considered more important than the prospect of a Leaving Certificate tomorrow. My father stayed at sea for the next fifteen years, and didn’t “come ashore,” as they say, until he married my Australian mother and moved to Sydney.

The journalist Rose George ran away to sea for five weeks in 2012 to write a book. She sailed on the Danish-owned container ship Maersk Kendal from Felixstowe in Britain to Singapore via the Suez Canal, a voyage of over 9000 nautical miles: “six ports, two oceans, five seas.”

When George finally came ashore she had gathered in her notebooks the fascinating story of what she calls our collective “sea blindness”; how the impact of modern-day shipping is hidden in plain sight. Despite having made the world’s globalised economy possible, the international shipping industry is pretty much taken for granted. Even the most obtuse consumers know that the cheap t-shirt on their back comes from China or Bangladesh, but how many stop to consider just how it got to their shopping bags in the first place?

In many ways the shipping industry hasn’t changed that much since my father went to sea. Working conditions on board are still pretty tough, with high stress, long hours and dangerous conditions. As even the well-paid captain of the Maersk Kendal often tells George, “The Merchant Navy – we’re the scum of the earth.” The single biggest difference between the life at sea described by George and the one my father experienced are the boxes.

Back in 1956 an American trucking entrepreneur named Malcolm McLean, in conjunction with the engineer Keith Tantlinger, invented the system of standardised containers that now dominates the world’s major ports. At any one time there are twenty million of these “boxes” on the move across the world’s oceans and waterways.

The container system is so economically efficient, according to George, “that it makes more financial sense for Scottish cod to be sent ten thousand miles to China to be filleted, then sent back to Scottish shops and restaurants, than to pay Scottish filleters.” That’s not madness, she comments, that’s just shipping. Thanks to McLean and Tantlinger, “a sweater can now travel 3000 miles for 2.5 cents; it can cost a cent to send a can of beer.” It’s not just the sweatshops of Asia that make the stuff we buy so cheap.

Fully loaded, the Maersk Kendal can carry just over 6000 twenty-foot containers. The multicoloured boxes make it look like the ship is weighed down with a cargo of gargantuan Rubik’s Cubes. Inside them can be just about anything – bananas, laptops, skipping ropes, submachine guns. If the Maersk Kendal ran aground on a desert island its crew could plunder those boxes and set up a functioning market economy in just a few days.

Yet George finds the ship’s captain and crew surprisingly incurious about the contents of the boxes in their care. Other than knowing which ones contain flammable products – and therefore might be dangerous – they have little idea what they’re carrying, and no interest in finding out. What they’re concentrating on is surviving. Surviving the monotony of shipboard life; the monotony of shipboard food; the days measured out in twelve-hour shifts and cheap DVDs. Surviving the very real dangers of piracy off the Horn of Africa. Surviving the irritations and anxieties of low profit margins; tight schedules; and parsimonious landlubber managers.

There are just nineteen crew members on the Maersk Kendal. The captain is an Englishman from Yorkshire. The officers come from all over – Britain, India, Eastern Europe – while the crew is exclusively Filipino. And they’re all just doing it for the money – even Captain Glenn, whom George grows to admire immensely as the voyage goes on.

The captain is a sailor of the old school, still capable of navigating with a sextant; old enough to remember when there was romance in the act of casting off. Now he’s shipwrecked by paperwork and can barely get away from his computer terminal to pace the bridge.

Though only a mid-size container ship, the Maersk Kendal is still four storeys high, the equivalent of three football pitches long, and powered by engines as big as a suburban house. And the future is only going to get bigger – and cheaper. Maersk Line, the owner of the ship, makes a whopping $60 billion a year in revenue and still isn’t satisfied. The massive shipyards of South Korea are turning out a fleet of Triple E class container ships: the biggest ships ever to set sail. A third longer than Kendal, and capable of carrying three times as many containers, these leviathans of commerce will reduce shipping costs by 20 to 30 per cent.

My father used to tell me stories of travelling the South Pacific, to places like Western Samoa where, as a young man, he could take enough shore leave to climb Mount Vaea and visit the last resting place of Robert Louis Stevenson. There’s no time for excursions like that any more. Nowadays even the world’s largest container ships can be in and out of port in just twenty-four hours. Modern sailors joke sardonically that they’re just salaried inmates on a floating prison. It can’t be denied: the world’s t-shirts are cheaper, but life on the ocean waves ain’t what it used to be. •

Brett Evans is a Sydney writer.

One of a great company of men and women: Sören Qvist, as depicted by Sebastian Biot on the cover of The Trial of Sören Qvist. 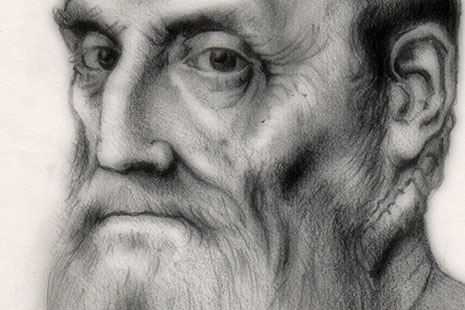 One of a great company of men and women: Sören Qvist, as depicted by Sebastian Biot on the cover of The Trial of Sören Qvist.