The right and proper thing 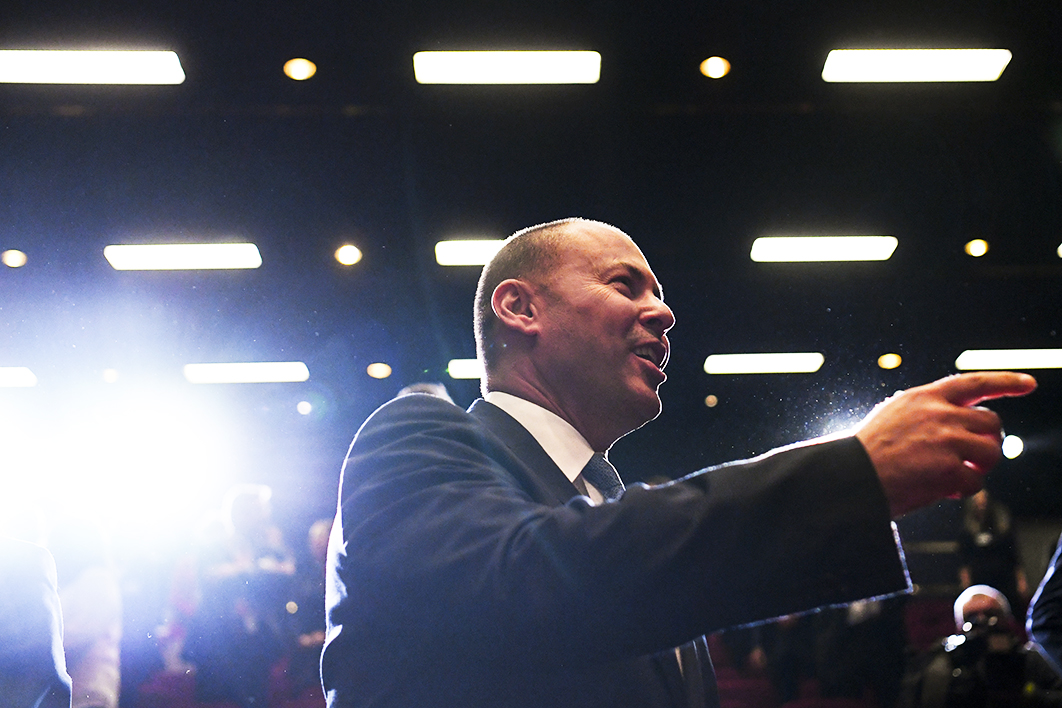 On 24 September last year, twelve days before he delivered the (delayed) 2020–21 federal budget, treasurer Josh Frydenberg foreshadowed what he called a “recalibration” of the government’s fiscal strategy to “match the circumstances we now find ourselves in.” It was “no longer appropriate” for the government to seek to “deliver budget surpluses of sufficient size to… eliminate net debt over the medium term,” he went on. On the contrary, continuing to pursue that objective would “be damaging to the economy” and “unrealistic.”

The government’s new strategy would focus on providing “temporary, proportionate and targeted” (but nonetheless substantial) fiscal support to “private sector jobs and investment,” as well as allowing the “automatic stabilisers” (tax receipts and cyclically sensitive spending) to “work freely to support the economy.” This strategy would remain in place — and the government would not embark upon the task of “budget repair” — until the unemployment rate was “comfortably below 6 per cent,” which was unlikely to be the case until 2024.

The budget projected the largest budget deficit, as a proportion of GDP, since the second world war — a decisive turnaround for a treasurer in a government that had gone to the previous election with having put the budget “back in the black” as one of its proudest boasts. But it was (as Stanley Holloway’s Alf Doolittle so memorably put it in My Fair Lady) “The Right and Proper Thing To Do.”

Yesterday, twelve days before the 2021–22 budget, Treasurer Frydenberg once again did the Right and Proper Thing when he pledged that— despite the unemployment rate (to his and everyone else’s surprise) having already fallen below 6 per cent — the government won’t commence budget repair until the unemployment rate has “a four in front of it.” In the technical language of economists, he was acknowledging that the “non-accelerating inflation rate of unemployment” is now, as Treasury and the Reserve Bank estimate, between 4.5 and 5 per cent.

Summing up, the treasurer assured his audience that the government isn’t planning “any sharp pivots towards ‘austerity,’” which means that both fiscal and monetary policy will be working in harmony towards a common goal of “full employment.”

These words are a marked contrast to government policy between 2002 and 2008, when the Reserve Bank was gradually tightening monetary policy but the Howard government (and the Rudd government in its first year in office) gave repeated rounds of personal income tax cuts and cash bonuses to pensioners and other groups.

And they also contrast markedly with what happened between 2014 and the onset of the pandemic. The Reserve Bank was, for the most part, seeking to ease monetary policy in response to what became a persistent under-shooting of its inflation target (and an unemployment rate stubbornly above 5 per cent), only for those efforts to be thwarted by the Coalition’s efforts to return the budget to surplus.

What’s important to remember is that a large amount of “budget repair” will occur over the next two years anyway, without the need for any discretionary “fiscal consolidation.” That’s partly because almost half of the deterioration in the budget’s bottom line is spending that was time-limited by design: that is, like JobKeeper, it switches off without the need for a specific decision to cut spending. And it’s partly because much of the remaining deterioration in the bottom line — which was due to a fall in revenues driven by the downturn in the economy — will be reversed as people go back to work and start spending again, and as business profits continue to recover.

The government will also get a revenue boost from the much-higher-than-expected price of iron ore (although it will probably continue to be very conservative in its assumptions about how long that will continue).

At some point, the government will probably have to make some hard decisions on either the revenue or the spending sides of the budget, or both, if it wants budget surpluses — particularly if it also decides to commit to increased spending in areas such as aged care and childcare. But there is no need for haste.

Indeed, there is a case to be made that — even when the economy has reached full employment, as it is now defined by both the Reserve Bank and Treasury — the government should stand back from repairing the budget and allow the Reserve Bank to begin rebuilding Australia’s monetary policy buffers before it starts to rebuild its own fiscal policy buffers.

Why? With interest rates effectively at their lowest (and likely to remain there until “2024 at the earliest,” according to the Reserve Bank), no capacity exists to use conventional monetary policy in response to the next economic downturn. By contrast, the government clearly does have some capacity to use fiscal policy to counter any future economic downturn. Its financial position, though not as strong as it was eighteen months ago, is stronger than it was expected to be at the time of last year’s budget, will improve further over the next two years (even without any discretionary tightening), and is in much better shape than that of most other advanced economies.

So the treasurer has again made the right call at the right time. Let’s hope he continues to do that. •

Saul Eslake is a Vice-Chancellor’s Fellow at the University of Tasmania and an independent consulting economist. He has previously been Chief Economist at the ANZ Bank, and at Bank of America Merrill Lynch Australia.