The right story for the right place? 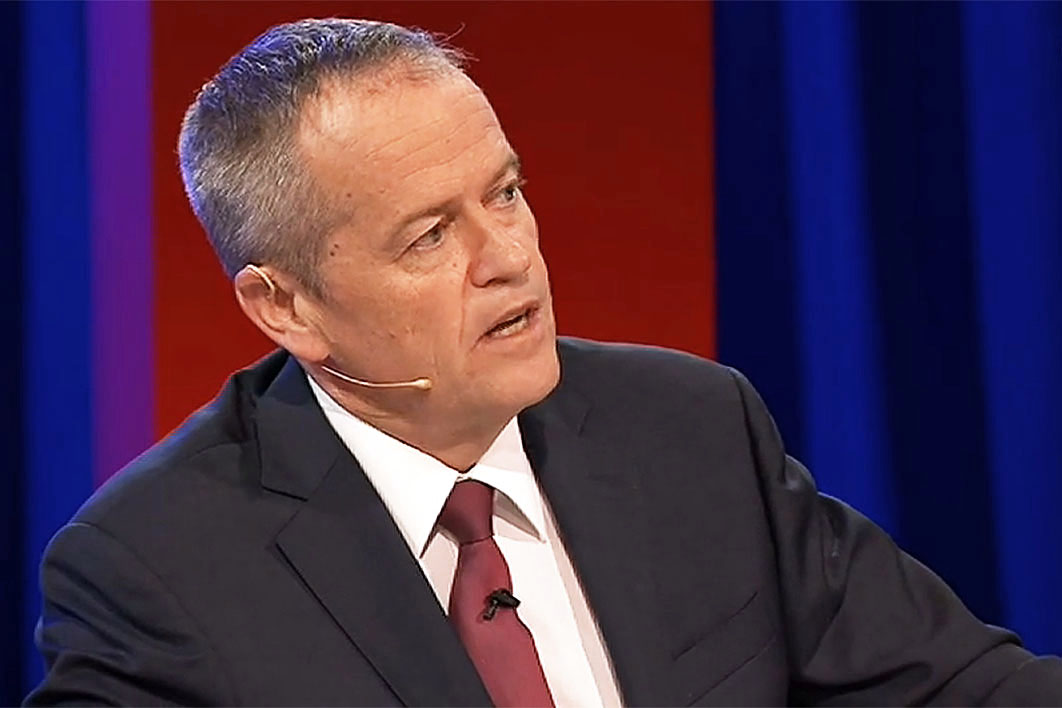 Is it a matter of style? He can appear wooden and over-schooled, his delivery marred by forced patterns of emphasis, as if he’s trying to act a role that doesn’t come naturally. Is it his reputation as a backroom deal-maker in the Labor Party and, before that, in the union movement? Is it his apparent lack of commitment on the really critical issues: offshore detention, coalmining, corporate corruption?

No doubt all are factors, but those who have watched him in action at town hall meetings or attended his National Press Club addresses often see other qualities. Once he’s warmed up and forgotten some of the nonsense his image-coachers have tried to instil in him, he has real fluency and warmth. The schooled blandness gives way to sparks of genuine anger and some shrewdly targeted attacks. More than anything, one is struck by how well he knows what he is talking about. Always strong on particulars, he can speak with cogency and conviction about a wide range of policy areas and has a spontaneous rapport with questioners.

Bill Shorten loves questions, and he’s good with them. Monday night’s Q&A, broadcast from Elizabeth in South Australia, provided him with an opportunity to break through the media persona and allow the town hall interlocutor to take over. On those terms, he did very well indeed. He took on some big issues — the Adani mine, indefinite detention of asylum seekers, his own renewed call for a republic — and gave clear, firm responses.

On the republic, he wants to end the anachronism of “borrowing a monarch from the other side of the world,” but he also wants public consultation about how a head of state would be chosen. There’s an element of evasion in that response, but also a characteristic firmness about the parameters of his role. The media game is to insist on yes-or-no answers to leading questions, and Shorten is lucid in his counter-insistence that some issues should be decided by the people or referred to frontbench colleagues, or may be too complex to address in binary terms.

The game of hunting the definitive answer peaked, predictably, with the issue of Manus and Nauru. “Can you now on national television promise to put an end to indefinite detention of asylum seekers?” was the question. Shorten spoke decisively, and concisely. First, he was not going to have the boats start again and allow hundreds to drown at sea. Second, he did not believe indefinite detention was the corollary of that position. Regional resettlement was the way to go, and he would take up the New Zealand offer as a start. Manus and Nauru should not be used to score political points. People who needed medical attention in Australia should be given it. “We didn’t get an answer,” said Tony Jones. “I do not believe we need indefinite detention,” Shorten repeated. “Do you promise to end it?” Jones shot back.

Who is playing political games here? An opposition leader’s promise turns into a stick to beat the next prime minister, often after the parameters have significantly shifted. Clear policy positions on medical treatment, regional resettlement and limits to the term of detention are surely as much as you can ask of an opposition leader. A more relevant pressure point might be whether Shorten has the motivation or the popular appeal to shift public opinion away from the dog-whistle politics that have led to the hideous situation on Manus and Nauru.

He does have his own ways of being trenchant on issues of principle. There was no prevarication about the Adani coalmine. The question was put in accusatory terms: “Your party has provided no real opposition… Why haven’t you opposed it?” Again, Shorten cut to specifics. “Does it stack up commercially?” (The answer was no, on all relevant counts.) “We have said in Labor, before the last election, not a single dollar of public money should be used directly or indirectly on that mine.” He then addressed the questioner’s demand for a commitment to “no new coal.” “I’ve got to tell you this. We are so much better than the Libs on climate change it’s not funny.” Labor’s commitment was to renewables, and to greater use of gas, but coal would be in the mix. The mining communities would not be left behind.

The last point resonated with particular force, because the impact of dead and dying industries on local populations is more than a theoretical concern for this audience. Elizabeth has been a barometer of industrial change for three generations. Established in 1955 as a major manufacturing area with a campaign to attract industrial investors and migrant workers, the original town flourished for two decades as a centre for Holden production. When the Queen toured the factory in 1963, it was employing 19,000 workers.

Ten years later the decline began with a first round of job cuts; 1500 more jobs were lost in the recession of the early 1980s, and the death-blows were struck following the 2008 global financial crisis. By 2013, the workforce was barely 1700 and Elizabeth’s unemployment rate was correspondingly on the rise. Edinburgh Parks, a bullish 1997 government initiative promoted as “South Australia’s largest industrial estate” on billboards captioned “Central to Your Success,” was by 2015 an ironic monument to hubris; the now-peeling billboards still stand on vacant lots, interspersed with leasing signs.

For the past decade the suburb (once a town in its own right) has effectively been a depression zone, with an unemployment rate currently standing at 32 per cent. Jobs — the loss of them and the lack of them — featured prominently among the audience questions.

In policy terms, this is Shorten’s home turf. One question was from a retrenched Holden worker who has been unable to find new employment. He was a machine operator, experienced and multiskilled. “I’ve represented press operators in the past,” said Shorten, then launched into a brief homily. He was angry with Abbott and Hockey for allowing car manufacturing to die here. He was “sick of blokes being thrown on the scrap heap” because persisting with an industrial enterprise was not judged to be economically rational. Was what had been going on with the banks economically rational? The Elizabeth factory had the best numbers, the best quality of all the Holden plants. “We need manufacturing back.” But as for car manufacturing, “the vandals in Canberra have wrecked that proposition.”

So, what about a way forward? In response to questions on youth unemployment, Shorten spoke of the need to reinvest in TAFE and universities, and to create large-scale apprenticeship programs. Another challenge came from a questioner who wanted to know what Labor would do for aspirational residents who were looking towards new forms of employment in council-funded health and sporting precincts. Shorten endorsed the move. “I like the story of this region.” But he also strategically opened out the vision of future prospects with a repeated emphasis on TAFE, a focus on advanced manufacturing and renewables, and reference to defence industries in the region.

Elizabeth’s story is a cautionary tale about the faiths, fads and follies of government economic policy. Its initial success, when industrial investment was promoted with tax cuts and concessions for large companies, remains in the minds of many as the model for economic regeneration. But what worked in the 1950s does not work now. New thinking and new visions are required.

As for the folly of Edinburgh Parks, the risk is that it may be repeated with another gung-ho approach. The plan for a new sports-and-health hub replicates one of the commonest strategies among councils here and in Britain. Typically, they are an attempt to reinvent civic amenities as corporate-managed facilities. Many of them fail to deliver the services residents actually want, and struggle as commercial enterprises. Perhaps the initiative will fare better in Elizabeth, or be differently managed, but Shorten is wise to encourage multidimensional thinking about future directions.

Where he shows his limits, though, is in the larger economic picture. At one point in the program, he was drawn into a revealing exchange by a savvy fifteen-year-old who wanted to know what he thought about Jeremy Corbyn’s economic agenda in Britain. It’s “a unicorn policy,” Shorten responded, and itemised Labor’s priorities here — a better health system, more funding for schools, TAFE and universities, attention to wages and working conditions. All, as it happens, are prominent elements of Corbyn’s economic plan. Privatisation, Shorten added, was not on his own agenda. While it is true that some privatisation has backfired, “you can’t just buy it back.”

What this reveals is how little Shorten knows about the political and economic situation in Britain, or about its relevance as a bellwether for our own prospects under a government with policies almost identical to those of the British Tory party. These are times when many people are looking for radical and fundamental changes in thinking. The corporatisation of work has become so comprehensive we have forgotten how many other kinds of work have been done in the history of human society. Where industry fails, perhaps we should be thinking anew about the restoration of civic and social employment, in an economy reconfigured to release us from dependency on major corporations.

That’s not the way Shorten thinks. His strengths are in his capacity to focus on policies grounded in specific locations, trades and institutions. He comes across as straight-talking, knowledgeable, and genuinely respectful of community views. Perhaps that should be enough. •

Music | The longer we listen to the music of Gavin Bryars and Brian Ferneyhough, the more we recognise 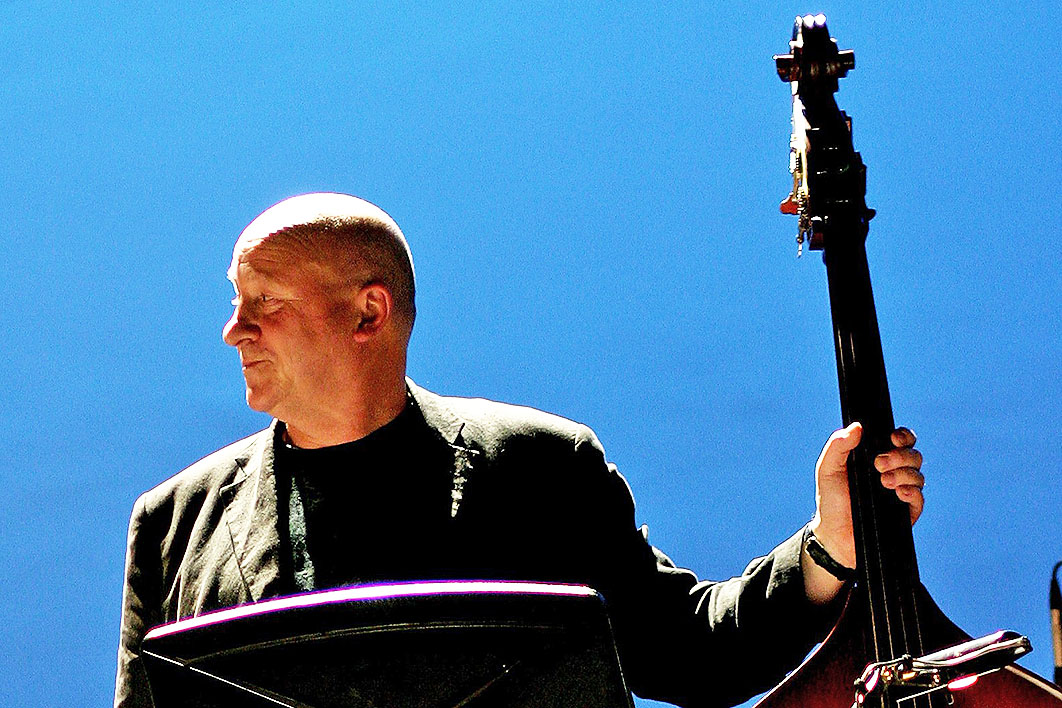