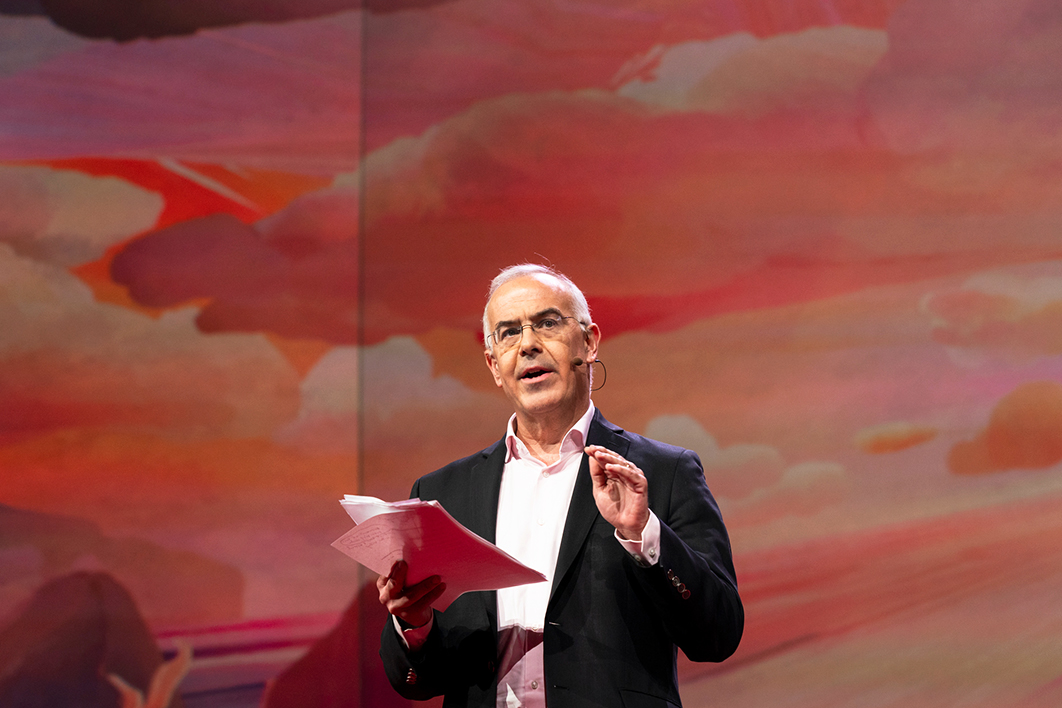 Some are closer than others: David Brooks at “TED2019: Bigger than Us” in Vancouver in April this year. Bret Hartman/TED

For almost four decades I have nursed a small grudge against Terry Eagleton. This lingering droplet of bile dates back to my first-year university English class, when I was made to pay an extortionate sum for an assigned text by the renowned Marxist literary critic that ran to a mere eighty pages. It was as if I had shelled out for an import album at my favourite record store and been handed a seven-inch single.

In the years that followed, I learned the hard way that authors don’t set book prices and academic writing is not a pathway to wealth. I came to realise that my dislike for Eagleton was immature and irrational. But rather than abandon it, I found grounds for renewal in one of his book reviews:

The cult of the Individual Life is… ultimately self-defeating. For one thing, most individual existences are routine and unremarkable… Biographies cannot help reminding us, in the very act of distilling the uniqueness of their subjects, of just what tediously generic creatures they are… even the most wayward of geniuses have to get themselves born and educated, fight with their parents, fall in love and die.

Eagleton’s disdain for individuality went against everything I believed as an aspiring psychologist. The ways we tell our life stories disclose our complex selves, and to flatten them into a few generic chapters seemed deeply anti-psychological. Our lives are, of course, moulded by our social and economic positions, but there is surely a degree of narrative uniqueness to the autobiographies we spin in our heads.

I was reminded of my pique when reading David Brooks’s The Second Mountain. On its face the book is a guide to living a morally enriched life, but it is inseparable from its author’s autobiography. Brooks, a conservative columnist at the New York Times and author of numerous widely read books, most recently The Social Animal and The Road to Character, will be known to Australian readers through his regular appearances as a political analyst alongside Mark Shields and Judy Woodruff on PBS NewsHour, broadcast locally by SBS. Five years ago, Brooks divorced his wife of twenty-eight years, began a relationship with a much younger researcher who worked for him, and underwent a spiritual transformation that prompted a partial conversion from his natal Judaism to Christian faith. When Brooks writes about the second mountain, it is clear that he is catching his breath from a recent climb.

For Brooks the second mountain is the one we must ascend after falling off the first. In his telling, the first mountain is the struggle for personal achievement and happiness, an individualistic quest for conventional success. The dark side of this struggle is loneliness, depression, a crisis of meaning, distrust, and the social and political tribalism that they breed. When people realise the bleak ecology of the first mountain or have their faith in it shaken by misfortune, they enter what Brooks describes biblically as a valley or wilderness. From there they can make a decision to follow a different path and climb the second mountain.

According to Brooks, this peak is higher than the first and has an entirely different moral system. Instead of “hyper-individualism” there is an ethos of belonging and community, which Brooks dubs “relationalism.” He concludes his book with a relationalist manifesto that lays out, in sixty-four numbered paragraphs, the tenets of this middle way between individualism and collectivism. On the second mountain people strive not only for social connection but also for permanent “moral joy” rather than mere transitory happiness. They aim to transcend rather than enhance themselves, and to offer unconditional care to those who are less fortunate than themselves. What unites them is a set of commitments — to a vocation, to a marriage, to a faith or belief system, and to a community — and the bulk of the book is dedicated to groups of chapters exploring these four commitments.

Brooks writes amiably, openly and without showiness, aside from a tendency to over-season his prose with quotes from the great and good, with a tilt towards Americans and religious figures. There is Lincoln and C.S. Lewis, King and Kierkegaard, Dillard and Dostoyevsky. Most chapters are relatively short and pithy, the main exception being a chapter within a section on faith that pivots to Brooks’s spiritual awakening and remarriage and is twice the length of any other. Here he describes an extended process of religious doubt and dalliance that ends with him committed to a form of Christianity while remaining culturally Jewish. The centrality of personal faith to Brooks’s journey up the second mountain becomes clear here, although it is perhaps less likely to feature in the journeys of most Australian readers. However, any suspicion that The Second Mountain is just another book for elevating solo souls is mistaken. Brooks writes thoughtfully on the dependence of personal development on positive institutions and communities — “second mountain institutions” — and his own efforts to build them.

Scott Fitzgerald famously wrote that there are no second acts in American lives. Indeed, he wrote it twice, once in an essay published in 1932 and once in his posthumously published novel The Last Tycoon. He probably didn’t mean it on either occasion, presenting it on the first occasion as something he once thought. If anything, the idea of second acts is especially prominent in American ways of storying lives, with their frequent themes of relentless optimism, manifest personal destiny and reinvention. Exploring how everyday people compose these personal narratives has been the research focus of the eminent American psychologist Dan McAdams. In some respects an anti-Eagleton, McAdams has devoted his career to understanding how we create personal myths with distinctive character types, themes and trajectories, binding our past, present and imagined future into a coherent sense of personal identity.

In interviews with middle-aged, middle-class Americans, McAdams has found that many life stories conform to what he calls a “redemption narrative.” These narratives contain five common elements. The protagonist experiences early advantage in life, has a precocious awareness of suffering or injustice in the world, develops a strong moral compass, is driven to act selflessly for others, and passes through a period of personal adversity into a redemptive future. Although some might be inclined to view this formula cynically, McAdams has found that adults in midlife whose personal stories match its contours are especially committed to making a positive contribution to future generations, an aspiration the great but unfashionable psychoanalyst Erik Erikson referred to as “generativity.”

Brooks does not cite McAdams, but his first mountain–second mountain scheme has more than a whiff of redemption narrative about it. The second mountain of joyful belonging redeems the first mountain of individualistic striving. In this regard, The Second Mountain is an occasionally inspiring tale of personal transformation and hope that flows along a deeply carved narrative channel in American culture, saturated as it is with religiosity and optimism.

How well this narrative resonates with readers with different backgrounds is open to question. For some, perhaps especially women, personal transformation is less a movement from individualism to relationalism and more the reverse movement from social obligation and embeddedness towards liberation. For people outside the American milieu, this romantic narrative of onward-and-upward overcoming will feel foreign and the constant uplift hard to stomach. I suspect many Australians will relate better to a comic narrative in which the protagonist bounces through a series of ups and downs without an unironic sense of personal mission or heroism.

Most of all, I wonder how distant or illusory the second mountain might seem to young people and others whose economic vistas are less rosy than fifty-something professionals. Creeping casualisation and the gig economy are making it more difficult for people to reach the foothills of a first mountain of conventional career success, let alone ascend it. Brooks is correct in identifying individualism as one element of what is wrong with contemporary American life — the untrammelled rise of the market is a correlated element that he tends to neglect — but we might hope for ways to find social connection and community that don’t require people to pursue self-seeking ambition for the first decades of adult life only to find it wanting in midlife.

It is no criticism of Brooks to observe that his book’s main target audience has a particular age, class and cultural profile. The average second mountaineer may be a well-off late boomer or an early gen Xer, but that is no reason to scoff at their aspirations to joy, community or selfless commitment to others. The world would not be worse off if more people embraced lives of service and altruism. But it is important to remember that some of us live socioeconomically closer to the mountains than others. Terry Eagleton would surely agree. •

“It’s not hard to become a political cartoonist from China, because there are only five or six of us” 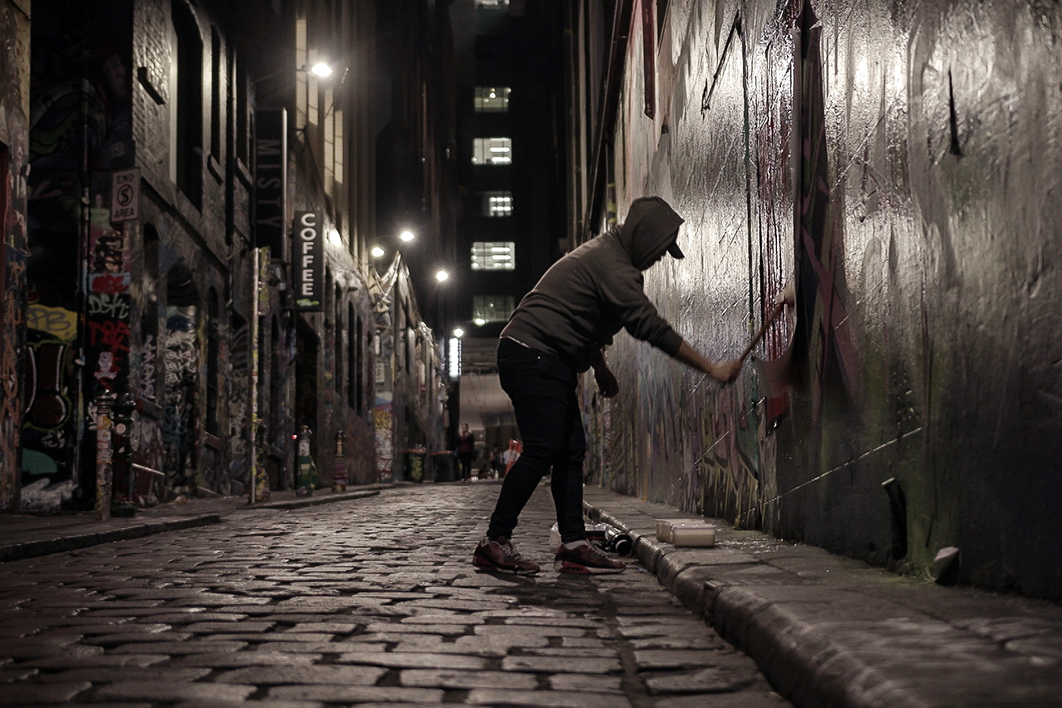