Labor and the Coalition need to recognise that the Greens are part of political reality, writes Norman Abjorensen 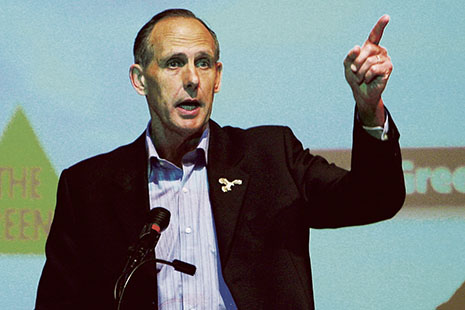 THESE are unusual political times. A government without a majority in either house of the parliament clings to office with tenuous support from two rural independents, a maverick and a Green – not the sort of arrangement that suggests longevity or any sort of basis for a coherent legislative program. Partly as a result, the ship of state is wallowing in the political doldrums.

Opposition leader Tony Abbott has made no secret of the fact that he isn’t content to sit back and wait for the election in 2013, and if he can force an early poll then he will do whatever he can to achieve it. To date, he has been singularly successful in setting the agenda to which a hapless government is forced to react, most notably on the issues of the carbon tax and asylum seekers. The political effect of Abbott’s unrelenting pressure – and while he might be light on in the policy stakes he is a formidable political warrior – has been to drive the government further to the right and close any perceived gaps between what it says and does and what the Coalition defines as orthodoxy. Prime Minister Gillard’s tactical attack on the Greens as “extremists” is a case in point.

In her Whitlam Oration in April, she said that “the Greens will never embrace Labor’s delight at sharing the values of everyday Australians… who day after day do the right thing, leading purposeful and dignified lives, driven by love of family and nation.” This was dog-whistle politics every bit as canine as John Howard at his wiliest, but while she was applauded by her own for staking Labor’s claim to embody and represent “the values of everyday Australians” (whatever that means) she was in fact responding to the Coalition’s jibe that – to continue the analogy – the Green tail was wagging the Labor dog.

The Greens leader, Bob Brown, an experienced and pragmatic political operator, was clearly miffed at Gillard’s swipe, but he fully understood the political pas de deux that the prime minister was dancing. Indeed, he was moved to hose down some of the more radical elements in the Greens for much the same reason.

But here is where we move from doldrums to paradox. Come July, the parliament – or, to be specific, the Senate – will undergo a radical transformation as senators elected last year take their seats. The political complexion will be decidedly pinkish, with a record nine Greens in the chamber. With thirty-four Coalition senators, thirty-one Labor, one DLP and one independent, the Greens will hold the balance of power. The party won a seat in each of the six states at the election, a notable first for any Australian minor party.

The paradox, of course, involves a government that has moved to the right now having to live with a left-enriched Senate. With a combined Labor–Greens vote of forty in a chamber of seventy-six, the government can negotiate its legislation – assuming it musters a pass in the Reps – through the parliament without any longer having to balance the very tricky and often irreconcilable demands of the Greens, Family First and Nick Xenophon. But just how far has Gillard moved to the right to appease the Coalition? Can she credibly move back to meet the Greens without appearing helpless or even captive?

Essentially, that’s the dilemma that she and her government, beset by declining polls, face. The more ground she concedes to the Greens – and concede she must if she is to govern in any real sense – the more she leaves herself open to attack from the Coalition and the more she is seen to be reacting rather than calling the shots.

Then there is the issue of her support base in the Reps. The two rural independents, already in the sights of the Coalition, will be very wary of backing a government that is seen to be making concessions to the Greens. If there is anger in their conservative electorates – Rob Oakeshott’s seat of Lyne and Tony Windsor’s seat of New England – over their backing of Labor, this will be magnified many times over if they are somehow seen as part of an inevitable Labor–Green alliance. Last year, Lyne attracted a Green vote of just 4.3 per cent and New England an even lower 3.6 per cent – both way below the national Green vote of 11.7 per cent. Both members will be keen to try to ensure their political survival, as of course will Labor, because in another tight poll these two seats will be crucial.

Politically, the whole process after July poses excruciating questions for the government, and managing that complex and highly polarised process will require skills of an inordinately high magnitude. It remains to be seen whether Julia Gillard and her inner circle can rise to the challenge. From what we have seen of the handling of the carbon tax issue, political management skills appear to be in short supply.

One other feature of the post-July parliament that is perhaps worth examining – and has so far received little or no attention – is the question of what might happen in the event of Tony Abbott’s wresting power from Labor and facing what, to him, would be a very hostile Senate.

In one scenario, let’s assume the Gillard government is defeated on the floor of the parliament, as happened to the Fadden government in 1941, and Tony Abbott secures crossbench support to form a government. His room for negotiation in the Senate will be close to zero.

In an alternative scenario in which an election delivers government to the Coalition, the resulting half-Senate election, whatever the outcome in the Reps, is likely to compound the situation. Only three Green senators would be up for re-election and there’s a strong likelihood that their overall numbers would increase.

With another significant player on the field, the politics from mid 2011 will be game-changing. The Greens will not be wished out of existence or marginalised by dog-whistle tactics; they are part of political reality, and both Labor and the Coalition will have to recognise and deal with that reality. Just how they manage, or don’t manage, will shape politics for the foreseeable future. •

Norman Abjorensen teaches public policy at the Crawford School of Economics and Government at the ANU. 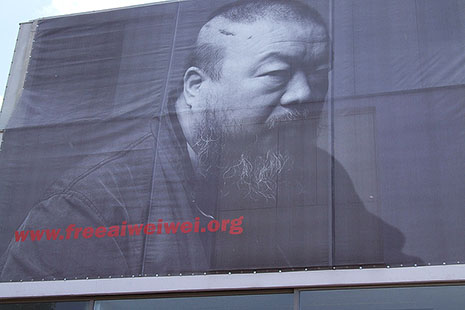