The Shakespeare we need

Alive and well: Matthew Young’s depiction of Shakespeare on the cover of Emma Smith’s This Is Shakespeare. 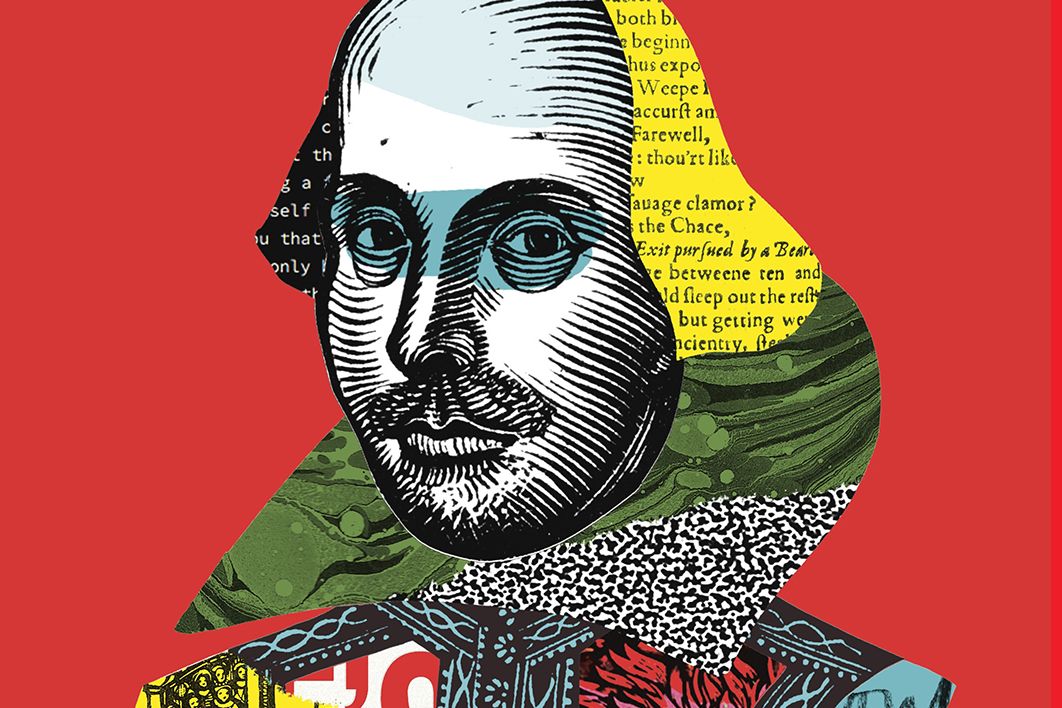 Alive and well: Matthew Young’s depiction of Shakespeare on the cover of Emma Smith’s This Is Shakespeare.

Shakespeare has had his share of ups and downs over the last seventy-odd years. In 1964, his 400th birthday was celebrated in fine style and he became the first commoner to appear on a British stamp. His posthumous afterlife seemed unstoppable. Fame was cemented in 1968 when a generation of teenaged baby boomers found themselves weeping at Zeffirelli’s “make love not war” movie, Romeo and Juliet, which was shown around the world and grossed $40 million in the United States alone.

But trouble was brewing among a new cadre of literary theorists, and the 1970s and 80s were rocky for the bard and for the canon he was thought to represent. Cultural studies experts proclaimed Shakespeare a “dead white male” who used an antique language, told outmoded stories of no relevance in the modern world, and retailed dubious social attitudes. Some new historicists saw the dramatist as colluding in an authoritarian state’s hegemonous strategies of suppressing dissent, while (again, only some) feminists extended the critique to what they saw as the plays’ underwriting of patriarchal and heterosexual assumptions. After all, even his female roles were played by boys — surely, a touch, a palpable touch!

Postcolonial critics, for their part, complained that the enshrining of Shakespeare’s works in school syllabuses around the world was an orchestrated propaganda tool for imprinting the values of the British Empire’s ruling class, designed to efface important and emerging literary figures around the world, especially in India, the Caribbean and Australia. This was notwithstanding the fact that the works were also hailed and filmed in Russia, Germany, France, Italy, Japan and other countries that had no reason to genuflect to the English race. In the face of such an onslaught it seemed inevitable that Shakespeare was a dying star, and educational systems around the world began to make his plays optional rather than compulsory for study in schools and universities.

In 1989, however, Kenneth Branagh’s filmed version of Henry V, timed to commemorate the fiftieth anniversary of the outbreak of the second world war, showed that Shakespeare could bring in massive new audiences and returned him to his roots as a popular dramatist. Baz Luhrmann in 1996 provided a spectacularly musical and colourful contemporary setting for his movie Romeo + Juliet, which again appealed strongly to generation X. Since cinema is such a global phenomenon, a whole new teenage catchment around the world was brought to fresh appreciation of his works, and both the Royal Shakespeare Company and Shakespeare’s Globe in London have since proved decisively popular with tourists. Given the undoubted impact of a continuing line of movies and productions, including appearances in The Simpsons and Doctor Who, no longer could he be dismissed as an irrelevancy in popular culture.

Meanwhile, in a spirit of “if you can’t beat him, join him,” literary theorists realised that the plays could be used as testing grounds for their more politically and ideologically inflected purposes, rather than derided and ejected as old-fashioned. Feminists, too, began to take a new interest in his female characters, reinterpreting them as representations of independent and outspoken women — Cleopatra, Rosalind, Portia, Lady Macbeth, Queen Margaret of Anjou — who have agency and voice eloquent and persuasive attacks on the gender inequality they face, and revelling in LGBTQ roles.

As if in triumphant reaffirmation of his fame, 2000 saw Shakespeare adjudged “Personality of the Millennium” worldwide. This was consolidated in 2014 with international celebrations for his birth 450 years earlier. The year 2016, 400 years after his death, was no less special, as will be 2023, marking 400 years after his First Folio was published. “Remember me,” intoned the Ghost in Hamlet, and in the case of Shakespeare we certainly do. Ironically, long after the unlamented demise of the British Empire, it is Shakespeare on whom the sun never sets, since at every moment somebody in the world is watching, reading or studying his works, or attending a conference in his honour. In the words of another of his characters, Lady Macbeth, “Who would have thought the old man to have had so much blood in him?”

Shakespeare, then, seems to be alive and well in the twenty-first century. But whose Shakespeare? This is the question posed by Emma Smith. Not the old ghost back again to haunt us, she argues, but a brand new package, a Shakespeare who is

“Permissive” in A Midsummer Night’s Dream, which is seen here as far from suitable for children in being almost obsessively focused on “violent, uncontrollable, animal desire”; “modern” in giving us a Measure for Measure for a #MeToo generation, as a play in which a novitiate nun is subjected to unwanted sexual advances from at least one man and arguably two. The Taming of the Shrew has held up a mirror to every decade’s assumptions about gender, reflecting back many historically located and often contradictory interpretations, from patriarchal to companionate. The radical ambiguity must lie within the play, which makes it “resourceful” in eliciting such diverse productions.

Smith’s “challenging” marks the Shakespeare who emerges from the book as a whole, in constantly questioning everything, and offering, at most, frustratingly ambiguous answers. “Necessary” and “Yours” place the emphasis on her readers, arguing that Shakespeare asks important questions and emphasising that her own readings are not definitive (how could they be, at about fifteen pages for each play?) but are offered as suggestive incitements for us to create our own. The title, “This Is Shakespeare,” could just as well have been “My Shakespeare… and Yours.”

Sometimes the temptation to find twenty-first-century modernity might be at the cost of Shakespeare’s complexity. In Smith’s account of Antony and Cleopatra the protagonists emerge as equivalent to shallow celebrity-seekers on reality television, trying to control their own publicity machine — or like predecessors of Posh and Becks perhaps, media images living in the public eye. This provocative and even “provoking” reading can be validated by reference to their own self-aggrandising words, but I am left wondering, in the words of the old Peggy Lee song, “Is that all there is?”

At times, Smith’s breezy, colloquial style might grate with some readers in self-consciously trying to be up-to-date in a book obviously targeting students and “general readers,” and revealing its genesis as a series of short podcasts for undergraduates. “Gappy,” several times repeated, is new to me, but if it is a portmanteau word fusing giddy and happy then I can live with it when it describes a play like The Comedy of Errors. “Moving” and “beautiful” return us to more traditional descriptions for Shakespeare’s plays and poetry, and ones that still ring true.

The accessible, contemporary presentation is by no means a dumbing-down, and Shakespeare scholars will see how the brief accounts are buttressed at every turn by solid research and original and intriguing ideas. The skill in handling deep issues deftly is evident in the chapter on Hamlet, a play that has influenced and exercised the minds of “big-hitting philosophers like Lacan, Nietzsche and Adorno” and many luminaries. Smith takes one unifying thread, the concentration on the past haunting the present, and weaves into it many of the issues that scholars have forever debated: the play’s relationship to its sources, politics of succession in 1600, religious upheaval, Freudian psychology, Hamlet’s “delay” and others, all handled allusively rather than exhaustively to keep the play intact.

More than half the plays that Shakespeare wrote are given open-minded and open-ended treatment, without a preordained theory or methodology. No surprises in the choices, since all are ones that are regularly studied and performed. Some chapters work through the changing critical responses (King Lear) and others ask a leading question: Why is Antonio present but silent in the last scene of Twelfth Night? Does Macbeth have agency or is he somehow acting with “diminished responsibility”? Much Ado About Nothing is seen (not unusually) as much ado about gender, and the phrase “bromantic comedy” is coined to cover the degree of male-on-male bonding.

Answers are offered only provisionally, and readers are invited to ask their own questions, honouring Shakespeare’s congenital ambiguity and inquisitiveness about human behaviour. In this spirit, the refreshing, final words in the book are these:

We get the Shakespeare we need at different times. Shakespeare’s plays generate questions rather than answers. It is for us, as readers, critics, theatregoers and theatre-makers, to take up their challenge, leverage their restless interrogation and reimagine them for our own world. •

Robert White has been Senior Lecturer at the University of Newcastle upon Tyne, Winthrop Professor of English at the University of Western Australia, and a Chief Investigator in the Australian Research Council Centre of Excellence in the History of Emotions 1100–1800. He has held an Australian Research Council Professorial Fellowship and in 2018 Senior Visiting Research Fellowship at Magdalen College, Oxford. Recent books include John Keats: A Literary Life (2010, revised 2012); Pacifism in English Literature: Minstrels of Peace (2008), Avant-Garde Hamlet (2015), Shakespeare’s Cinema of Love (2016) and Ambivalent Macbeth (2018).

Books & Arts A story of the twentieth century Frank Bongiorno 30 September 2020 Books | The second volume of Dunera Lives profiles twenty men, each remarkable in his own way 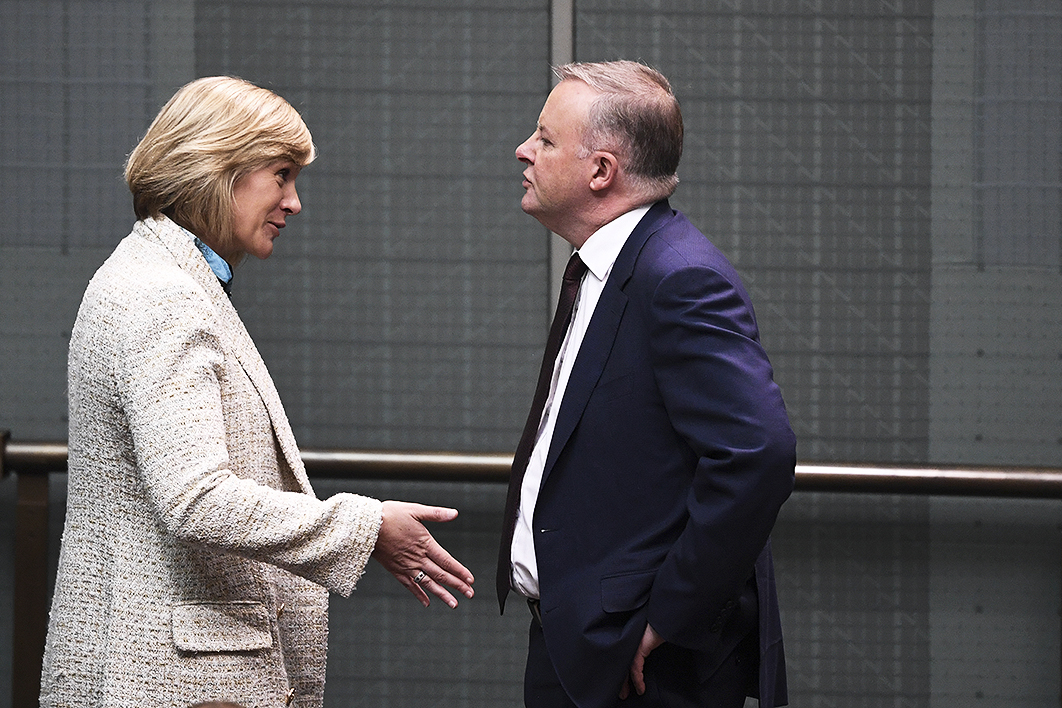