The sound of silence in Tiananmen Square

Twenty-three years after the massacre, the events of 4 June 1989 are still off limits, writes Antonia Finnane in Beijing 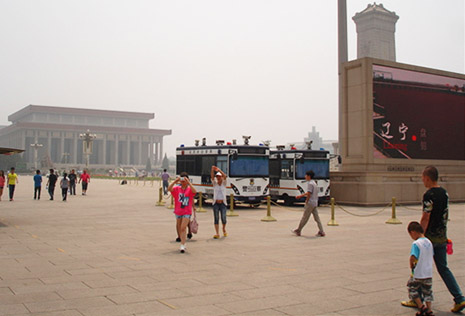 ON MONDAY this week, 4 June, international news agencies reported a police crackdown on petitioners arriving at Beijing South Railway Station. Having made their way to the capital in the hope of getting justice for wrongs suffered in their various home towns, hundreds of people were summarily interviewed and sent back to where they came from. The aim of the exercise, the police made clear, was to avoid the possibility of a mass protest on the twenty-third anniversary of the Tiananmen Massacre.

In Tiananmen Square itself, the police, or at least police vehicles, were unusually numerous; and in the centre of the square the Monument to the Revolutionary Martyrs was isolated within a much larger enclosure than usual, as though to forestall the possibility of anyone climbing on it, as students did back in the spring of 1989. But China is full of fences and security personnel, and the out-of-towners wandering around the square probably noticed nothing untoward. It was a Monday, when the mausoleum containing Mao’s corpse is closed to visitors, which probably explains why there weren’t very many of them.

Tiananmen Square, created in the early 1950s, can be seen in its original form – a vast empty space bordered on the north side by Changan Avenue – in Antonioni’s 1974 film, China. In recent years it has become cluttered and tawdry-looking, with fences and security stations along the perimeter diminishing the visual impact. Advertising and propaganda films play continuously on long, low screens in the centre of the square, and large installations are periodically wheeled in to advertise national events of note. The currently advertised event is the Shanghai Cooperation Organisation meeting, which has brought Vladimir Putin, among other heads of state, to town this week.

A twenty-third anniversary is not a particularly important one: it does not mark the passage of another decade, or a quarter century, or any of those time periods on which we confer commemorative significance. But each anniversary has its own features. On 25 May this year seventy-three-year-old Ya Weilin hung himself in a parking lot in Beijing, nine days before the twenty-third anniversary of the death of his son, Ya Aiguo, one of the victims of the 4 June killings. On 27–28 May, a group of mainly elderly people held a protest in a public park in Guiyang, capital of the southern province of Guizhou, surprisingly without interference from the police (although there were follow-up detentions). Small demonstrations, again by people in this age group, were held in some other cities.

A striking feature of most reports about 4 June protests in recent years is the age of the people involved. They are the parents and the former teachers of the dead, or even officials who were caught up in the events. Between these older people, extending down to the 1989 generation itself, and the current younger generation, born in the eighties or after, is a great gulf in knowledge about political events over the forty years between 1949 and 1989.

Not so long ago, a curious researcher showed the iconic photo of the man in front of the tank in June 1989 to a number of young people in China, none of whom was able to identify it. How could they know? Their education is devised to prevent them knowing many aspects of their own country’s past. Chinese students attending a summer subject on Chinese history at Melbourne University earlier this year were amazed to find that a man called Wei Jingsheng, of whom they had never heard, was famous outside China. They read with fascination (and diverse reactions) his now classic essay, “The Fifth Modernisation,” written up as a wall poster on Democracy Wall in Beijing in April 1979.

It’s unlikely that people of this generation were watching Beijing Television at 8 pm last Monday night, the time slot for Extraordinary Recollections (Feichang jiyi), an interview program designed to create a congenial collective memory of the twentieth century. The program has youthful hosts (one male, one female) and a studio audience old enough, on average, to be their parents. The guests that night were two women who served on the personal staff of Premier Zhou Enlai from 1964 until his death in 1976. Their place of employment was the Great Hall of the People, which flanks the west side of Tiananmen Square, so the program was oddly appropriate for the night of 4 June.

The program perfectly captured the quality of the silence hanging over much of the history of contemporary China. One of the two women, Jin Yaoling, inadvertently provided what could be taken as a historiographical premise when she quoted the first principle of job training in the Great Hall of the People: “Don’t ask about what you don’t know; don’t speak about what you overhear.” In the forty-five minutes that followed, viewers learnt that Zhou Enlai did not sleep for three days and three nights during a certain “incident” in September 1971; that the non-smoking premier actually smoked a cigarette during this time; that on the occasion of the reception for US president Richard Nixon in the Great Hall of the People Zhou put on a new black woollen suit; and that he was just like a father to his young staff – indeed, to the whole country. Like many a Chinese popular film or television show, the program concluded with everyone in tears, including the hosts.

Of the many things that were not mentioned in this interview, the most conspicuous was the name of Lin Biao, Mao’s right-hand man and defence minister, whose plan to depose Mao was sprung on 13 September 1971. In fact, in the course of around seven minutes’ discussion of the incident, neither hosts nor guests made any allusion to what it entailed. Nor was the name of any other Communist Party leader, apart from Zhou himself, uttered in the course of the program – a triumph of tight scripting, to say the least.

Less surprising was silence about another incident, one precipitated by Zhou Enlai’s death. Whether or not he deserved it, Zhou was idolised in China. By the time of his death he had become the repository of people’s faint hopes for something better than what was offered them by Mao and the Cultural Revolution. His death in early 1976 prompted an outpouring of grief: on 5 April of that year, “tomb sweeping day,” Tiananmen Square was awash with wreaths and filled with mourners. It was a spontaneous gathering at the time of year when people in China were accustomed to attending to the spirits of their deceased forbears.

As would happen in 1989, what began as mourning turned into a political protest, and on the morning of 6 April the demonstrators were cleared from the square by military force. Beijing people of a certain age must have recalled that incident as they watched Monday night’s program. Some of them must have been there. Mao’s supporters, the so-called “Gang of Four,” blamed Deng Xiaoping for the demonstrations, which were declared a counterrevolutionary movement. It was a strange foreshadowing of 4 June 1989, when Deng himself would be calling in the troops to clear the square. Surprisingly, there were no reported fatalities in 1976. The difference appears to have been that the demonstrators in that case were clubbed, while in 1989 they were shot.

In a new book called Conversations with Chen Xitong, author Yao Jianfu reveals the regrets felt by the eighty-one-year-old jailed former mayor of Beijing about what happened in Tiananmen Square on 4 June. It was a “regrettable tragedy,” he said, and “could have been avoided.” Published in Hong Kong on the eve of the twenty-third anniversary of the Tiananmen Massacre, this book is a good example of the kind of history that won’t be available in Chinese bookstores in the forseeable future. •

Antonia Finnane is a professor of history at the University of Melbourne. She is currently on leave in Beijing. 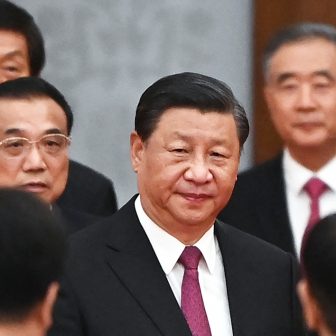 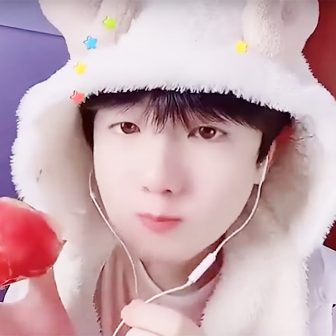 Getting under their skin

Anita Heiss’s memoir is a lively, good-humoured and spirited answer to Andrew Bolt and his supporters. Amanda James 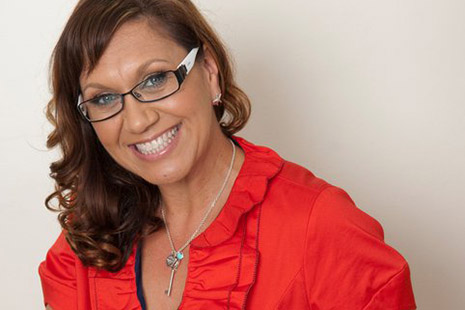 Anita Heiss’s memoir is a lively, good-humoured and spirited answer to Andrew Bolt and his supporters. Amanda James