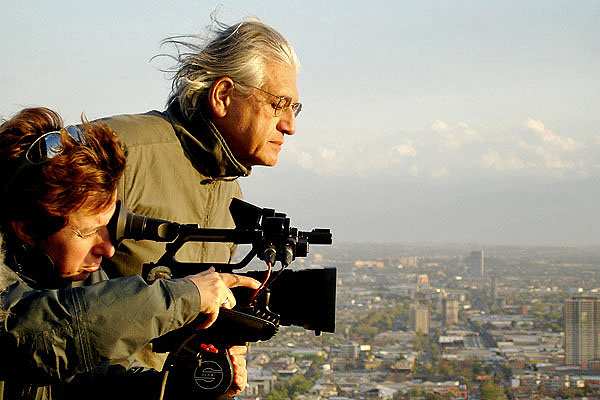 The great Chilean director Patricio Guzmán will never forgive Augusto Pinochet, and nor should he. In Guzmán’s marvellous, growing array of film essays and film poems, going back now to 1968, that past is never finished with. With the appearance at the Sydney Film Festival of The Pearl Button, completed only this year, it’s time to refresh fading memories of the monumental three-part Battle of Chile (1975–79), which tracked developments from the rise of Salvador Allende in the early 1970s to his downfall, and probable murder by Pinochet’s forces, in September 1973. Later films have pursued the work of memory on personal and national history; Salvador Allende (2004) retraces the martyred hero’s biography, and that among others deserves present-day retrieval. In Nostalgia for the Light (2010), a film that in itself works like a searchlight, history is addressed from a very particular place – the high, dry Atacama desert, the location at once of astronomy, archaeology and hundreds of unmarked burial sites, where patient, stumbling women persistently look for the remains of their dead.

The Pearl Button returns there, to the vast field of lifted telescopes, but not so much now to peer into the far recesses of time; it is rather to juxtapose the reach of human aspiration with the depth of human cruelty – and to that, a line of Guzmán’s commentary reminds us, there’s no end, no limit. From the desert, he surveys the length of Chile’s 5000-kilometre coastline: forests, mountains, waterfalls, cliffs and caverns of blue ice, matched to memories of the five indigenous tribes who lived and worked in these coasts. There are still twenty people living who can speak the language of the Kawesqar; of those, a few face the camera now and speak of dispossession, and remember their lives paddling the fjords. They believe that the water is a living entity; they believe it knows; they connect it with the cosmos and the stars. Woven in with their memories, we get the story of young Jemmy Button, the property in 1830 of settlers who taught him English, dressed him up and took him to London, then returned him to western Patagonia, permanently disoriented and homeless. Australians might shudder at this: it’s the Bennelong story, and there’s a jarring moment when Guzmán talks of Jemmy’s journey “from the stone age to the industrial age.” Then, moving as it were through water, the film brings us back to Pinochet’s Chile.

There has been criticism of Guzmán’s strategies, an argument that they don’t work as well here as in Nostalgia for the Light. The charge is that the film becomes incoherent as it shifts from the colonial domination of the Patagonian tribes, their loss of culture and language, to the Pinochet tyranny and then to the refined forms of murder practised on certain resisters: they were bound to slabs of iron from railtracks and dropped, some still living, into the sea. In the present of the film, those stories are recalled by young people, investigators intent on ensuring that the Pinochet chapter is not to be forgotten. A diver swings from a helicopter, goes down into the sea, and with great difficulty retrieves a large slab of iron, encrusted by weeds and shells. Human remains are gone, but in the enclosing conglomerate, a pearl button is found, one like that on the clothing given to Jemmy Button.

The criticism is that the film, with these disparate components, doesn’t hang together. What’s forgotten here is the foundational insight of Eisenstein, that the stunning potential of cinema is exactly that: the power to put together elements that are totally unlike, but which in juxtaposition yield up meanings not to be gained from any image taken on its own. (They called it montage; as you might say, one and one make three.) What’s also forgotten is the necessary work of the viewer. With The Pearl Button, we have a wild ride through a gallery: heaving waves, telescopes, mountains and stars; the faces of witnesses from radically different cultures. We are invited to make for ourselves the connections between the imperialism of two centuries ago, with all its certainties and unwitting cruelty, and this chapter in twentieth-century fascism.

Some won’t want to make them; we are told that Chilean society in the present is pervaded by the will to forget, or else by a kind of inertia in the shadow of recent history, and the work of resistance today is precisely “the struggle of memory against forgetting.” But there is too much to remember. After the Pinochet coup, some 30,000 dissidents were arrested, and many of them tortured; almost 3000 were disappeared – those whose remains the women were seeking in the Atacama desert; some thousands were sent into exile, but were then pursued across the globe by the nefarious Operation Condor, an intelligence network allegedly upheld by the CIA. Guzmán lets the connections hang, unspoken but crucially operative; his lyricism is exercised not merely to make extremely beautiful cinema – though, ironically, it does – but also to wake up areas of memory always threatened by sleep, recover the central trauma and name it. At the film’s heart, there is anger and a challenge: forget the Pinochets of your world, and you may well be inviting them back.

Joshua Oppenheimer’s The Look of Silence, also screened at this year’s festival, engages a kindred project. It follows The Act of Killing, shown in last year’s program, which opened a history long shrouded in too much discretion, the massacre of suspected communists, more than a million of them, in Indonesia in the mid 1960s. That earlier film surrounded investigation with elements of parade and performance, the one-time killers performing their own past roles with apparent glee; in the glare of nightmarish comedy, the threads of real history were almost lost. This film doesn’t have that kind of bravura, and some critics have seen it as a lesser work for being more conventional. But it goes deeper, more clearly and directly into the centre of that long-obscured chapter, part of the workings of the cold war in our region. But what did Australia know? Very little; for audiences here, this film is the more significant.

In The Act of Killing, Oppenheimer was his own interrogator; in The Look of Silence, Adi is a gentle, open-eyed surrogate, seemingly young at forty-four; he is at once horrified and spellbound in the process of this enquiry that he himself, with the director, is driving. The film is about blindness; Adi is a travelling optometrist, checking eyesight for a few very old men while he asks them what they remember about the killing times of fifty years ago. Before he was born, his own much older brother Ramli was one of the victims; their father, now aged 103, can’t or won’t remember; their mother remembers only too well. She has had to go on living among the unabashed killers, seeing them daily in the village; it’s horrible, she tells Adi, she hates them. Not only avowed communists but also suspected fellow-travellers and ethnic Chinese were targeted by the death squads; the rivers were filled with bodies, to the point that villagers couldn’t use them for washing. In some memories, it was that circumstance that brought the spate of murder to an end.

Repeatedly, the surviving perpetrators tell him they can’t remember. Or if they do, it’s about the value of drinking their victims’ blood, supposedly to ward off madness; or to recall the way the flesh of a woman’s breast, hacked off her body, looked like a coconut milk filter. There is no sign of remorse. If someone was merely a prison guard, did that make him complicit in the killings? The interviews are staged, calmly, in benign afternoon light inside houses, sometimes outside in green and gold light among the banana trees; people are seen where they belong. The director’s gaze, like Adi’s own, is steady, and the impact is the greater for it. It becomes clear that for the Indonesian people through all the decades since, the official history has been that the actions of the death squads were necessary; they were killing the young nation’s enemies, and that was that.

But now, in a country with a lively press and active intellectual life, is there no significant dissent from that version? Caution is still in order; this film’s credit list is telling. The project attracted funding from within Indonesia, and from four other international sources; Errol Morris and Werner Herzog came on board as executive producers; and now The Look of Silence has just won the audience award for a feature-length work at the Sheffield Documentary Festival. But here, as in The Act of Killing, many of the production team are named as Anonymous.

Those were two particularly rewarding films among the 250-odd on the 62nd Sydney Film Festival program. Each happened to count in the International Documentary category, but the categorical boundaries didn’t matter much as we sifted our responses; and “documentary,” as I’ve argued earlier in this column, means less and less. Film performance crosses the boundaries between the work of actors and that of witnesses to history, and the cinema’s storytellers find the conventions they need to deal with what seems urgent. In many of this year’s gatherings, the pressure of necessity came through: here were stories needing to be told.

I’ll comment next week on some of the others, on the essential work of such festivals, and on where we might go from here. Meanwhile, it is excellent news that the Sydney festival’s major retrospective, ten of Ingmar Bergman’s works, will be screened at the National Film and Sound Archive in Canberra from next Thursday 25 June. Worth the trip, believe me. •

In Mumbai, the contradictions and delights of hybridity and pastiche

Now in its sixth year, the Kashish Queer Film Festival reflects an India that is changing regardless of lawmakers or the courts, reports Dennis Altman 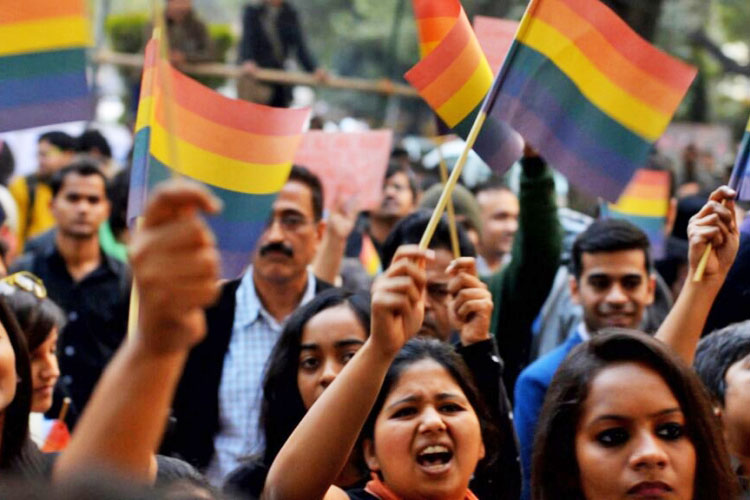