The stuff that myths are made of

As a political tool the internet is neither “top down” nor “bottom up,” argues Mark Bahnisch in this review of The Myth of Digital Democracy 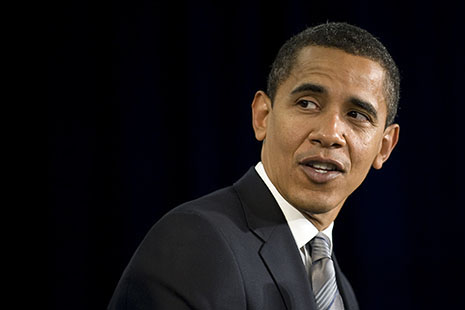 ALTHOUGH THERE ARE many other interesting questions scholars and commentators could be asking about the impact of the internet on society and culture, a lot of the debate has revolved around the degree to which politics is being changed by online activism. This focus is over determined – both by the utopian “information is free” libertarian spirit which accompanied the advent of the world wide web and by the coincidental decline of big media and upsurge in online writing and discussion of public affairs. In his recent book, Arizona State University political scientist Matthew Hindman takes aim at The Myth of Digital Democracy.

On one level, Hindman is right to view with scepticism the more overblown claims about the internet’s impact on politics. The wave of information utopianism, whose 1990s bible was Wired, began to recede with the dot com crash. There’s no doubt, too, that the interlinked academic literatures around the public sphere and public deliberation can be quite problematic. Jürgen Habermas’s work – which originally had a lot more to do with his post-Marxism and his epistemological commitments as a philosopher than with media theory – has become something of a cliché. The advocates of deliberative democracy are far too often trying to put some flesh on the bones of the “thin” liberalism of Rawlesian political theory rather than addressing the deep structural causes of the democratic deficit in Western societies. Ironically, both perspectives arguably share the suspicion of politics that they bemoan when they mourn the hollowing out of democratic practices and ethics.

So there’s no doubt that utopian flights of fancy and abstract normative theory both need a reality check with careful empirical work. That appears to be Hindman’s project, but the problem is that both its conceptual framing and its analysis of data don’t live up to the inflated billing implied by the desire to shatter a “myth.” For too much of the time, Hindman is tilting his analytical lance at arguments of straw.

The problems begin with the analytical frame Hindman adopts. He quickly narrows down the range of possible targets for his myth-busting to the claim that the internet will bring about “democratisation.” But it’s unclear who’s actually making this claim, and Hindman simply ignores most of the more nuanced and specialised scholarship on the topic. If what he has to say when he gets down and dirty with the blogs later on is any indication, the real target is a bunch of journos and op-edders writing in the New York Times circa 2004. On top of that, “democratisation” soon becomes a proxy for the American political science concept of “voice.” Although it’s clear that his own sources wouldn’t support an equation, or an elision, of voice with equality, that’s basically the test he proposes for online politics. Lurking around here in the conceptual cobwebs, no doubt, is the attachment of North American political science to pluralism as a normative criterion.

Things don’t get much better when it comes to the data Hindman scrutinises. First, much of it is simply out of date in a fast moving landscape: surveys from 2002 and 2004 aren’t all that helpful for gauging the influence of online politics in 2008. Secondly, and I’m grateful to my QUT Creative Industries Faculty colleague Axel Bruns for this point, Hindman’s data is static rather than dynamic. When he scrutinises the status of leading bloggers in 2004 Hindman is taking a snapshot of a space that people move in and out of. Some of those bloggers are no longer active, and some aren’t “A-league” any more.

In any case, no one has seriously argued that blogging will mean that every citizen will find her thoughts read and discussed by every other citizen. We’re back with the odd frame of “equality” as a proxy for “voice.” Michel Bauwens’ concept of equipotentiality might tell us much more about what’s at stake in entry and exit, heterarchies and the division of labour within online political communities.

In some instances, Hindman’s data flatly contradicts his hypothesis – in his case study of the Howard Dean campaign, for instance. It’s somewhat trite to say that the online activism of the “netroots” was shaped by Dean and his strategists and to imply that this was even more the case in the Obama campaign. Of course it was, but again this ignores the iteration between campaign and online conversation and activism. Once more there’s a rigid contrast drawn between “bottom up” and “top down.”

Hindman appears to think that he’s demolished “the myth of digital democracy” because he’s found hierarchies within the online world and demonstrated that most citizens aren’t spending half the day browsing CNN or typing blog comments. But this myth appears to be one of Hindman’s own making. Unfortunately he’s missed the chance to engage with the specificity of online political engagement and trace the social relationships which are formed and altered through web-based interactivity.

As I’ve been suggesting throughout this review, Hindman’s book suffers from a fairly narrow and orthodox approach to political scholarship characteristic of the US political science mainstream. Another glaring omission is any comparative dimension – it’s as if the internet and politics are both solely American phenomena. It’s often remarked that there’s a lag in the dissemination of social media and interactive online practices in Australia. That may be so, but the lack of any reflexivity in examining the peculiarities of American culture to enable a rigorous comparison suggests that there might be an actual “myth of digital democracy” here. It would be fascinating if Hindman’s work, however flawed, were to inspire Australian scholars to do better. Certainly many of the same push factors – a disengaged citizenry and a sclerotic media – are present in this country. We need to start asking whether some of the lessons from American experience might be applied more innovatively here at a point in time when the Australian online political sphere is still – in some ways – in the early processes of its development.

Hindman is right, in a sense, to gesture to the big challenge – and this holds true for Australia as well – that of the dispersion and dissemination of political discussion and activism further throughout the population. But his own deracinated concept of “democratisation” points to the degree to which he’s pointing his analytical armoury at the wrong target. It might better have been aimed at the political system itself. A richer and more fine grained analysis, enlivened by a more robust and original conceptual architecture, could have offered some pointers here, rather than countering a mythical myth with a very narrow and methodologically flawed exercise in garden variety American political science. •

Mark Bahnisch lectures in the Creative Industries Faculty at Queensland University of Technology, and researches in the Smart Services CRC. He has written widely on new media and politics, and founded the leading Australian blog, Larvatus Prodeo.