The tech god that failed 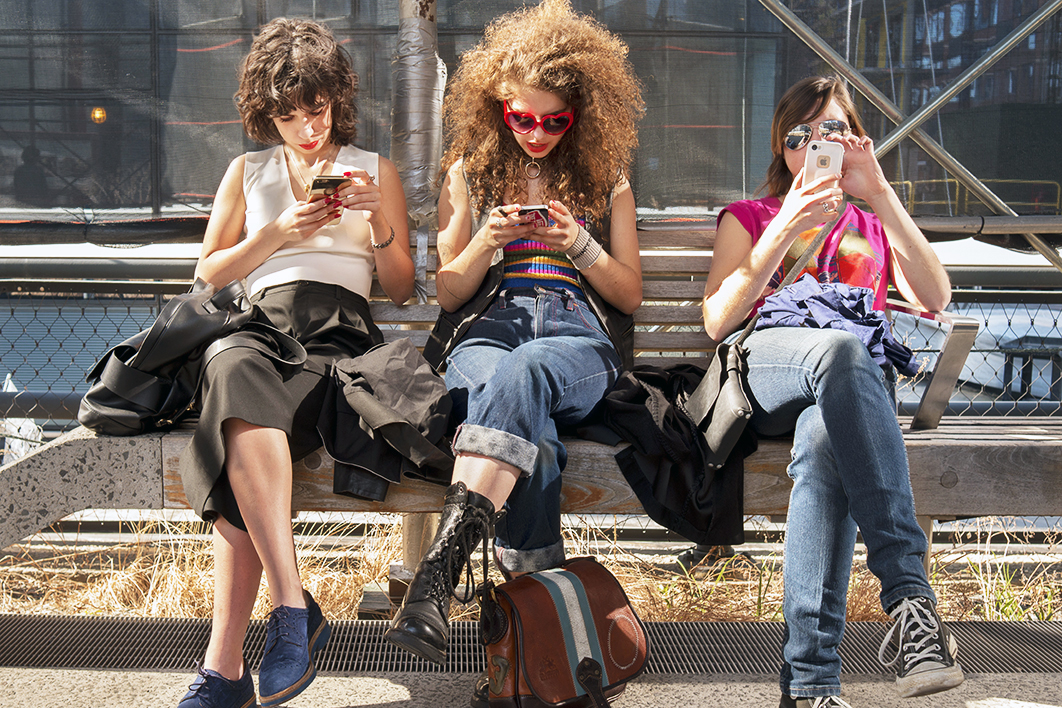 It seems tragically appropriate that the most incisive description of the malign influence of the internet in these unpleasant times came from Leonard Pozner, father of a six-year-old victim of the Sandy Hook Elementary School massacre in Connecticut in 2012. Pozner has been hounded by online conspiracy theorists ever since. “History books will refer to this period as a time of mass delusion,” he told the Guardian in 2017. “We weren’t prepared for the internet. We thought the internet would bring all these wonderful things, such as research, medicine, science, an accelerated society of good. But all we did was hold up a mirror to society and we saw how angry, sick and hateful humans can be.”

High enthusiasm followed by disillusionment with technological innovation is a familiar story, and is the starting point of Peter Lewis’s Webtopia. Lewis, a former journalist and Labor political adviser, is the director of “progressive research and communications company” Essential Media and a columnist with Guardian Australia.

This biographical outline wouldn’t be necessary if it weren’t for the fact that Lewis has made his own experiences, and those of his fellow generation Xers, central to the story he tells. Alas, this book is yet another example of memoir-as-journalism, neatly described by journalist Elle Hardy as “an explorative essay shaped by the author’s views and experiences rather than comprehensive investigation of concepts.” In Australia and beyond it has become the dominant mode of contemporary nonfiction writing.

Using the personal and professional stories of friends, colleagues and acquaintances (many of whom, like the author, are members of the progressive political and media class), Lewis structures his narrative around the contention that his generation have lived their lives in four acts: “the way we were before the web, the way we thought the world would be when the web came along and blew our minds; the way the world is now (which is not quite the utopia we expected) and what the world could become if only we could get our act together.”

There is some logic in this structure, but at times it feels forced, and it yields some of the book’s most banal moments. It is particularly problematic during Lewis’s regular lapses into gen X nostalgia — recalling the “magical” sound of a landline telephone, say, or buying a Smiths LP from a record store. (Has he not heard about the worldwide vinyl revival?) Things really go off track when Lewis explains the internet as if it’s still 1995 and his readers have never been online: “The genius of the web is that you don’t need to house all the information on your own computer in order to see it.”

Meanwhile, he finds the kids of today to be inevitably diminished by their addiction to smartphones. Eavesdropping on a group of teenagers laughing and posing for photos on a night out, he suggests that technology has transformed them into “fundamentally different creatures” from his own generation. “We both chased the normal things that teenagers do: acceptance, finding a place, identity,” he writes. “But where my generation sought it in joining a group, it seems to me these kids are seeking something different, an identity defined by how they stand out from the crowd rather than how they fit in.” One could more persuasively conclude the group remains just as important to these young people, despite their ubiquitous phones.

Perhaps Lewis is overcorrecting here. After all, he confesses to having been exceptionally naive upon the arrival of the internet, up to and beyond the point of parody: “From the moment of its conception the web was an object of beauty, built on a set of simple choices that would transform the world.” Later, contemplating what the web might have achieved in economics and international relations, he gets more specific:

As national economies collapsed into regional and global free trade blocs, countries would better share scarce resources across national boundaries, especially things like ideas and IP that could be expressed as bits not atoms. A rejuvenated United Nations would lead collective responses to global challenges like climate change, population growth and human rights. The rising middle classes of Asia and India would embrace these global values and adapt them to their own specific cultures. Africa and the Middle East would follow suit, tapping technology to bypass the need for an industrial economy, transforming directly into vibrant, information-based societies. As the alliances of a unified Europe inspired other blocs of cooperation, the very idea of a nation-state would become outmoded. Humanity would connect as one, wrapped in its warm and loving web of togetherness.

Putting to one side the Western cultural supremacism inherent in his thought, did Lewis really believe in such nonsense? Webtopia indeed.

This naivety is also evident in the book’s case studies, in which Lewis too often accepts at face value the self-congratulatory puff of the people he should be challenging. Nowhere is this more apparent than his discussion with Guardian Australia editor Lenore Taylor about that outlet’s entry into the Australian media market. “Inside the Sydney office, a converted inner-city warehouse floor,” Lewis enthuses, “it feels like the sort of buzzy mothership that existed before the internet threw down its existential challenge to the media.”

“The model is the opposite to clickbait,” says Taylor, a debatable contention that Lewis fails to interrogate. Headlines like “I Was Filled with Self-Loathing after Losing My Novel on My Laptop — Russell Crowe Came to My Rescue” and “‘You Stole My Cheese!’: The Seven Best Post-it Note Wars” may be aimed at a younger, more progressive audience, but they’re still clickbait. Lewis doesn’t probe whether the Guardian Australia behaves any better or any worse than its peers in an industry that underpays staff reporters and often pays external contributors barely anything at all.

We shouldn’t run down the Guardian, which has produced countless instances of fine journalism in its six years in Australia. But if all Lewis is prepared to do is reinforce its boilerplate PR spiel about being a different type of news organisation, he runs the risk of repeating the same errors that made him a wide-eyed webtopian.

Quite apart from the conceptual problems, this book is also littered with some truly awful prose. Take: “The challenge is to strip back all that white noise and filter out the morsels that have meaning.” Or: “Politics was big and loud, painted on a broad canvas where the next chapter of human history was up for grabs.” It’s difficult to know where to begin with metaphors so mixed.

Then there are the platitudes, some of which could easily find themselves repeated on chalkboards outside struggling cafes: “While we may be asked to click, we are never asked to really share; to bring a plate or mow the lawns and build something that becomes so real and such an integral part of who we are that it ends up being part of our life story.”

Such attempts at profundity become more and more prevalent as Lewis tries and fails to come up with any meaningful proposals that will “make the net work.” On the one hand he wants governments to step in and regulate the companies that control the internet. On the other he wants individuals to take responsibility for using the web safely and ethically, despite their lack of agency:

If we want the web to be what it could still be — empowering and transformative — we need to work harder at tapping the one truly natural resource that powers it: people. Surely that’s the most valuable element that lies inside the web, not another predictive algorithm but the actual agents of human interaction: us.

Webtopia is a missed opportunity. Laments about the tech god that failed are becoming overly familiar, but this by no means lessens the urgency of the questions being asked. Unfortunately, there are no answers here. As someone who spends too much time online might say, this ain’t it, chief. • 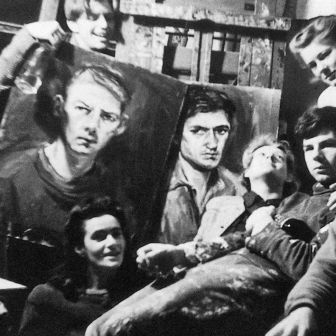 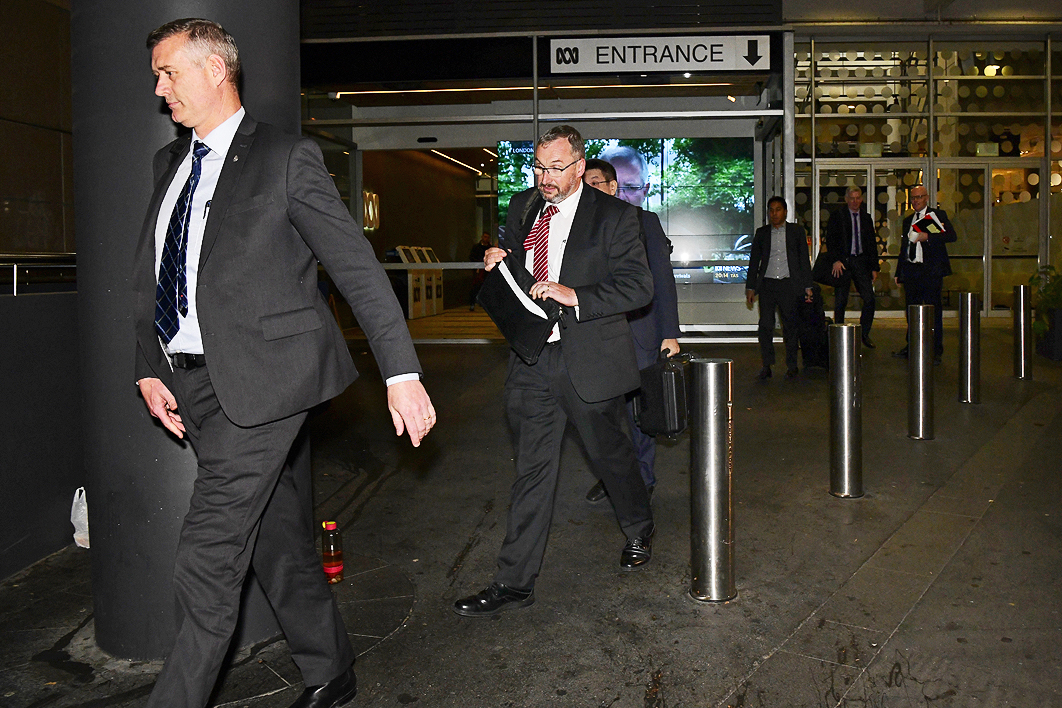