The trouble with history

The authors of Farmers or Hunter-gatherers? The Dark Emu Debate respond to Bill Gammage’s “The Great Divide” 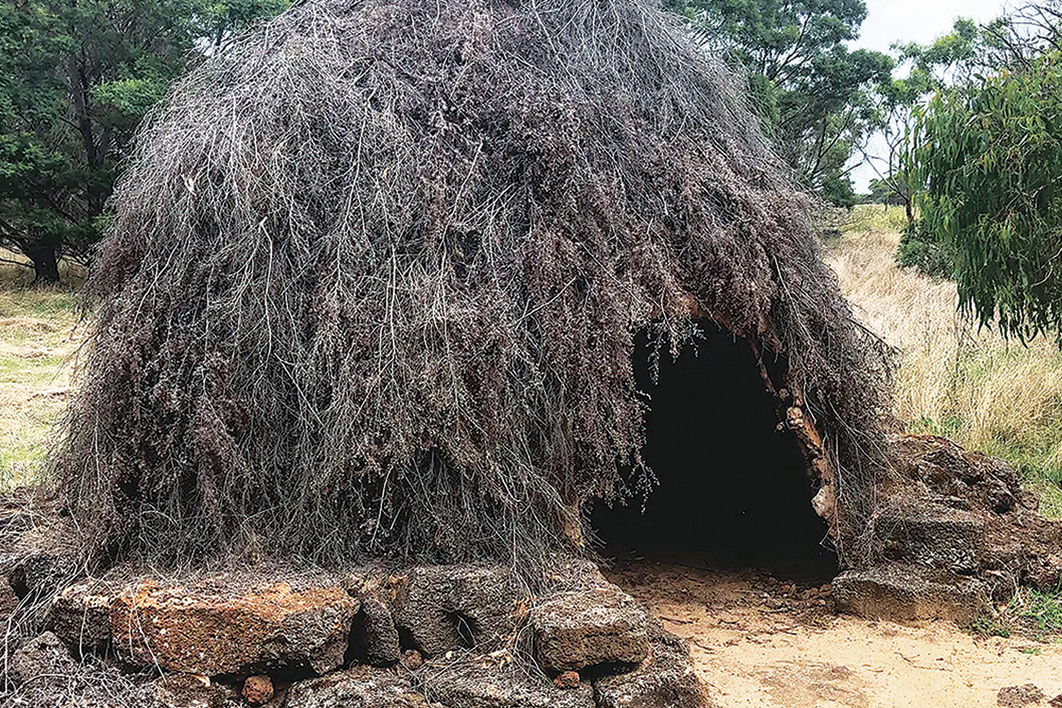 Interpreting the evidence: a reconstruction of a dwelling at Lake Condah in Victoria, 2020. Peter Sutton

“Did Australian anthropology retreat to an ivory tower during its ‘postmodern turn’ in the 1980s,” asks Stephen Bennetts in Australian Book Review, “and lose the ability to engage a broader audience in the way Dark Emu, for all its flaws, has clearly done so powerfully? Perhaps.”

And perhaps not. Too many exceptions come to mind. We discuss them in Farmers or Hunter-gatherers? The Dark Emu Debate, but you could start with Philip Clarke’s Where the Ancestors Walked, which should have sold a lot more than its 5000 copies since 2003.

Bill Gammage claims in Inside Story that Pascoe’s academic critics are people in disciplines where “jargon and theory are eminent,” and whose remedy for being alarmed by Pascoe’s disinformation “is to talk to each other.” Not in our case. We have written our assessment of Dark Emu for a broad public. As far as possible, we are theory-free. Our publishers had to reprint three times in the first month and the total run has now reached 15,000. Jargon only gets that kind of audience in Paris. Gammage has got the wrong targets in mind.

A lot of editors commissioning reviews of Farmers or Hunter-gatherers? in the last few months make the false assumption that professional historians are the most relevant and best-qualified scholars to assess not only Pascoe’s book itself but also our forensic assessment of it. It follows from that bit of bad guesswork that it is documentary historians who are the scholarly masters of pre-conquest Australian food production, fertility rituals, lexicons, toolkits, ecological knowledge, shelter construction, apparel and residential patterns, and the analysis of archaeological evidence and dating methods.

A few historians, like Geoffrey Blainey and Gammage, have made the effort to study the old cultures as they were in the early contact phase, by consulting some of the vast literature in which field anthropologists have reported to a wider world what they have learned from Indigenous mentors of standing and knowledge. Pascoe largely ignores these sources.

The topics tackled by Pascoe in Dark Emu were not predominantly those that have long been the province of documentary historians of Aboriginal Australia. Regardless, Pascoe is often curiously described as a “historian.” His topics are ancient cultural, technological and ecological practices within the Aboriginal world, not records of frontier and later dealings with the colonisers. Who, then, is the methodological cuckoo in the nest?

Gammage says both Pascoe and Sutton “leave out words that don’t suit.” The context here is explorer Mitchell’s 1839 descriptions of grasslands. Gammage supplies an extension to our quotations, but they add nothing of substance to the question here: does a plain on which the grass has been pulled out demonstrate anything more than that the women had extracted the grass stems to collect the seeds? Why is Mitchell’s description of such a grass plain “suggestive of farming” as Gammage claims?

Having not read our book except for what he calls cherrypicking, Gammage would not have known that it has a later quotation from Mitchell. These words certainly don’t suit either Pascoe or Gammage. In 1848, the experienced explorer, having lived in Australia since 1827, refers to “the failure of all attempts to persuade these free denizens of uncultivated earth to forsake it for the tilled ground. They prefer the land unbroken and free from the earliest curse pronounced against the first banished and first created man.” Adam and Eve, banished from Eden, were forever condemned to a life of agriculture.

Gammage prefers white explorers as sources because, he says, “they were there.” But so also were the hundreds of senior Aboriginal mentors of dozens of anthropologists and quite some archaeologists of the last hundred years. There were also the anthropologists who lived among the free people beyond the frontier: Ursula McConnel, Lauriston Sharp, Norman Tindale, Donald Thomson and others. We discuss their respectful and rich records in our book.

Gammage’s claim that our responses given at an ANU–Canberra Times Meet the Author event were “infused with possibles and alternatives” is false. Dr Walshe’s caveats over site dating were the normal scientific cautions, unlike the reckless claims made by Pascoe in Dark Emu and since. The evidence is in the recording of that event.

Bill Gammage has had high scholarly standards but has not applied them to Pascoe. Why? Is academic tolerance of bad Aboriginal history, bad anthropology and bad archaeology okay if the author identifies as Aboriginal? Universities are in enough trouble as it is. •

In being so charmingly simple, Bill Gammage’s response to the debate about our book fails to identify science as playing a highly critical role when assessing a “history and polemic” such as Dark Emu. No reviewer to date has commented on Dark Emu’s unhinged use of scientific findings.

As an archaeologist, I prefer to work from archaeological evidence. Interrogating the data is a basic scientific principle that Bruce Pascoe didn’t apply when he was piling up Dark Emu’s evidence for farming and village life. Its absence is a significant omission, as is the omission of key parts of citations from explorers’ journals. Claims of food preservation and storage, agricultural implements and villages of stone houses are no small matters.

Dark Emu’s archaeological evidence lies entirely in the extraordinary size and number of “stone houses,” the unheard-of practice of smoking eels inside gum trees, and discoveries of agricultural implements in collections. Apparently, all of this was deliberately hidden from “us” across some 150 years.

There is no credible scientific evidence that eels were smoked at Lake Condah, and this fact removes all possibility of sedentism. This has serious implications for arguing a population of 700 or, more radically, 10,000. “Stone houses,” as a term, distracts the imagination from the reality of a low, small circle of stone over which foliage was arranged in order to form a temporary shelter. Their frequency of habitation remains unclear, and some of these perimeters of stone may have acted as no more than a windbreak during peak eel season.

Interestingly, there has been no reviewer response to Dark Emu’s inclusion of cylcons (or silcons) as agricultural implements. After comprehensive research identifying their primary role in men’s ceremonial practices was published eighty years ago, all were eventually removed from public display in Australia’s collecting institutions. Excluding these 3000 or so ceremonial objects from the clump of agricultural implements leaves just thirteen heavy stone objects (aka “Bogan picks”). Dark Emu avoids offering a time length for the practice of Indigenous agriculture in this country, but does vaguely wave a hand at a piece of ground stone from the Cuddie Springs megafauna site, which is proposed to be some 32,000 years old. Momentarily ignoring the fact that the thirteen implements selected for agriculture are absolutely not, that is not much to show for those thousands of years of laborious activity.

Gammage steps away from Pascoe’s ill-founded claim of 120,000 years for Indigenous occupation of Australia, to settle for the more popular 65,000 years. As no explanation is given, Gammage may as well stay with 120,000, as both figures have been hotly debated at the scientific level. Far more scientifically reliable is 50,000 years of occupation.

Keryn Walshe is an archaeologist who has lectured in archaeology, managed Indigenous heritage museum collections and undertaken site assessments for corporate and government agencies.

Beyond the headlines and hashtags 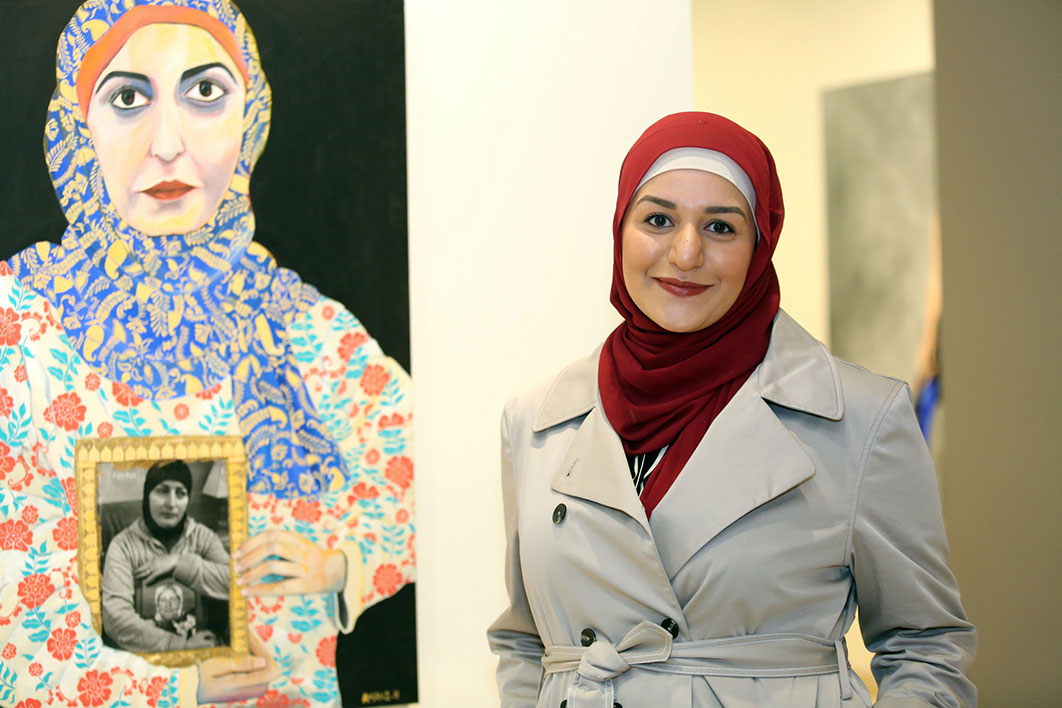