The universities at the end of the universe

The Ramsay Centre is still seeking a home for its Western civilisation course, but the concept itself doesn’t stand up to scrutiny 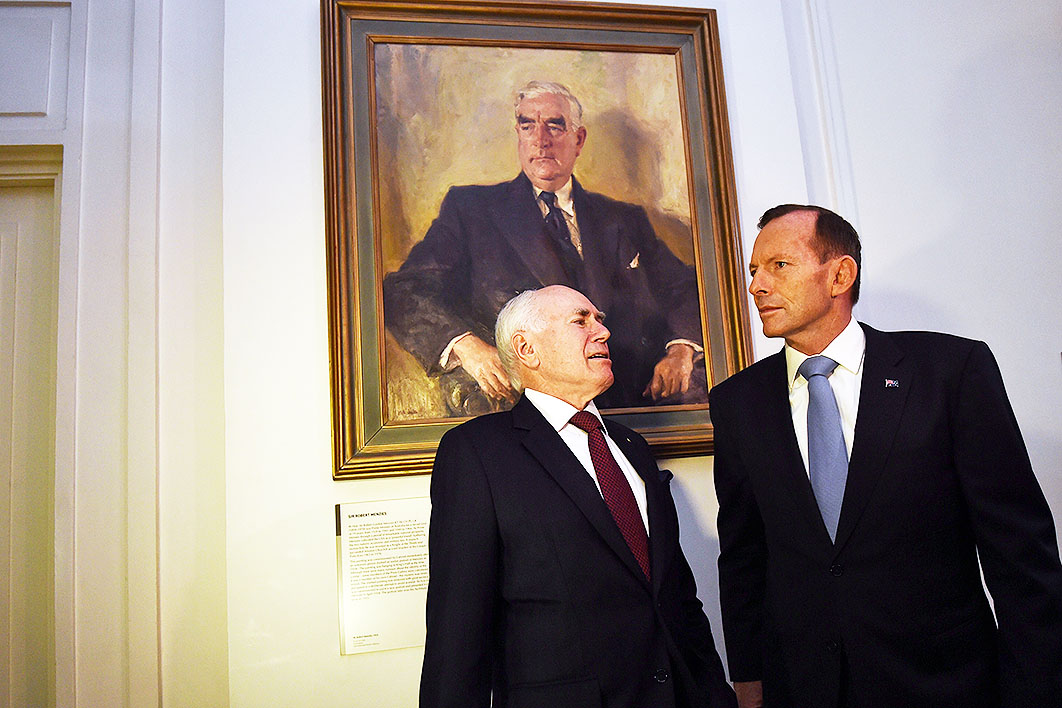 Australian conservatives have caught the American disease, dividing the world into absolutes, decrying black-armband interpretations of history and railing against the growth of identity politics, even while bemoaning the lack of conservative representation in the media and other forums.

This tribe of conservatives ranks Western civilisation above human connectivity as the motor of human history, and in doing so threatens universities with a cult-like nostalgia for the past. It ignores the real drivers of industrialisation and democracy in favour of an invented cultural tradition that reached its high point in European justifications for imperialism from the mid eighteenth century on.

Most commentary on the conservative push for the study of Western civilisation in universities has focused on the Ramsay Centre’s ambitions and corresponding fears about a loss of academic autonomy. Few have argued that it simply represents a bad way to understand history and the changes that have transformed human societies across the globe. We should be wary of politicians dressing themselves as historical guardians.

Even if we could agree on the geographical boundaries of the “West,” their argument would be no stronger. It is not Western civilisation (however we define it) that has made us what we are today, but the interconnectivity of the world’s many communities.

Indeed, the countries that today make up the European subcontinent (or what could also be called the western peninsula of Eurasia) have always drawn on peoples, ideas and technologies not only from the Mediterranean (especially Greece, Phoenicia and Rome) but also from West Asia (agriculture and religion), South Asia (mathematics) and East Asia (the magnetic compass, papermaking, cast iron, gunpowder, rocketry, paper money and so on). Even the much-vaunted evolution of democracy in England after 1215 owed as much to the power traditions of Germanic tribes as it did to the learned values of Eastern Mediterranean and West Asian cities like Athens.

This is not to deny the achievements of individuals and their societies on the European subcontinent. It is simply to make the point that even if European peoples acted in concert — which they rarely did — they certainly never acted alone. And they knew it. Few among them were ever able to use that knowledge to capture for themselves the wealth and resources of giants such as India and China or the sparsely populated Americas.

It wasn’t the poets, novelists and philosophers that conservatives would like to place at the centre of a narrative of Western civilisation who made European countries and their offshoots vibrant, transformative and somehow similar. While I don’t wish to suggest that these philosophers and others were without influence, it’s important to remember that they were reflecting on the challenges that confronted their very different societies. If we want to understand history, we would do better to understand what drove the changes (or continuity) that these commentators reacted to.

Britain provides a useful example. In the eighteenth century, it began the long and uncertain process of change that we now call industrialisation. This did not occur because of the learning in its elitist universities or because Britain had kept the beacon of Western civilisation alight. What did help was the fact that London had become the centre of a growing textile export sector, and that with this growth came rising wages and a population boom.

It also helped that Britain possessed vast quantities of readily available coal to fuel mechanisation. Commercial skills and energy helped industrial processes to reduce the impact of high wages on British competitiveness and drive the expansion of its growing cotton industry. So, too, did Britain’s ruthless domination of rival manufacturing centres such as India and its exploitation of slavery to grow its own supplies of cotton.

This transformation was in many respects a British phenomenon. Nonetheless, some west European countries were among the early emulators, not because they shared a “civilisation” with Britain but because being close by meant that they keenly felt the geopolitical and economic consequences of British success.

By the mid nineteenth century, even more distant countries like Japan and the United States became emulators. What we now call modernity has never been bounded by concepts of race or culture. Instead, industrial change dangled huge short-term benefits before different communities — hence its attractiveness — but in the long term it could never guarantee perpetual wealth, nor the stability and power transforming societies hungered for.

Not for the first time, societies became bounded by tyrannies that spread death and destruction in their quests for glory and domination. For countries caught in the web of imperialism, there existed no similar freedom to respond. They were imprisoned within an inglorious vortex of servitude.

The slow emergence of democratic forms in some European and North American countries reveals a similar truth. Ultimately such partial political reconstructions owed less to something called “Western civilisation” than they did to the struggles of peoples transformed by population growth and urbanisation, and by economic and technological change, and to their ability to frustrate the traditional forces they confronted. Indeed, with war and depression in the early twentieth century, most of these experiments within Europe withered.

Conservatives may not be alone in how they perceive change across time and space, but they do add a particularly tribal identity to the conversation. They see a world in change and rail against it. They view with disdain the way universities have democratised their learning and teaching, often with the help of new technologies. They contemplate the internationalisation of universities with suspicion. Consequently, they nostalgically promise instead to restore primacy to philosophy and classics and to return to the tutorial model of their philosophical alma mater, Oxford.

Let us remember, Australia has been here before. In the 1990s, La Trobe University taught a Bachelor of Western Traditions on one of its campuses. Its leader received research funding from mining companies, and the course kept its distance from the BA disciplines in order to maintain its purity and mission.

These modern reinventions of “the West” play no useful role in today’s global world. They give rise to cults that fail to generate an open understanding of history with all its complex global interconnections and struggles. There is but one human race and its civilisation has long been global. This does not mean that it is an equal world where everyone is the same. But it does mean we should shun efforts to privilege one reconstructed identity and deny our common humanity and long history of learning from each other.

Long ago, the economic historian Andre Gunder Frank argued that if you tried to understand the world by using only a European street lamp, you wouldn’t receive a great deal of illumination. More recently, philosopher and Reith lecturer Kwame Anthony Appiah has described our very modern idea of Western civilisation as an unhelpful myth. There is no Western essence. Instead culture is mobile and created by intermixture. It is vibrant and messy, and global. And its values are constantly tested and changing.

Hence, we should resist those who, like the dining voyeurs of the Hitchhiker’s Guide to the Galaxy series, seek to drag universities to the end of the universe where — with each visit — the horrible truth of thwarting their vision for purity and supremacy is revealed, over and over again. •

Correspondents In the shadow of heroes Klaus Neumann 7 May 2021 The centenary of the birth of Sophie Scholl, the Munich student executed in 1943, prompts reflections on the legacy of Germany’s anti-Nazi resistance 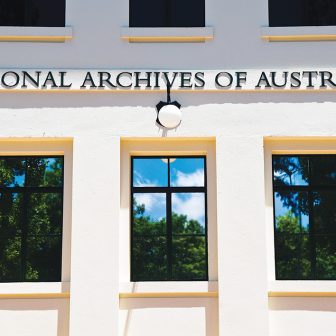 On balance, it’s been a good first term for the Indonesian president. But is he putting the gains in danger?

What will his second term deliver to Indonesians? Mick Tsikas/AAP Image 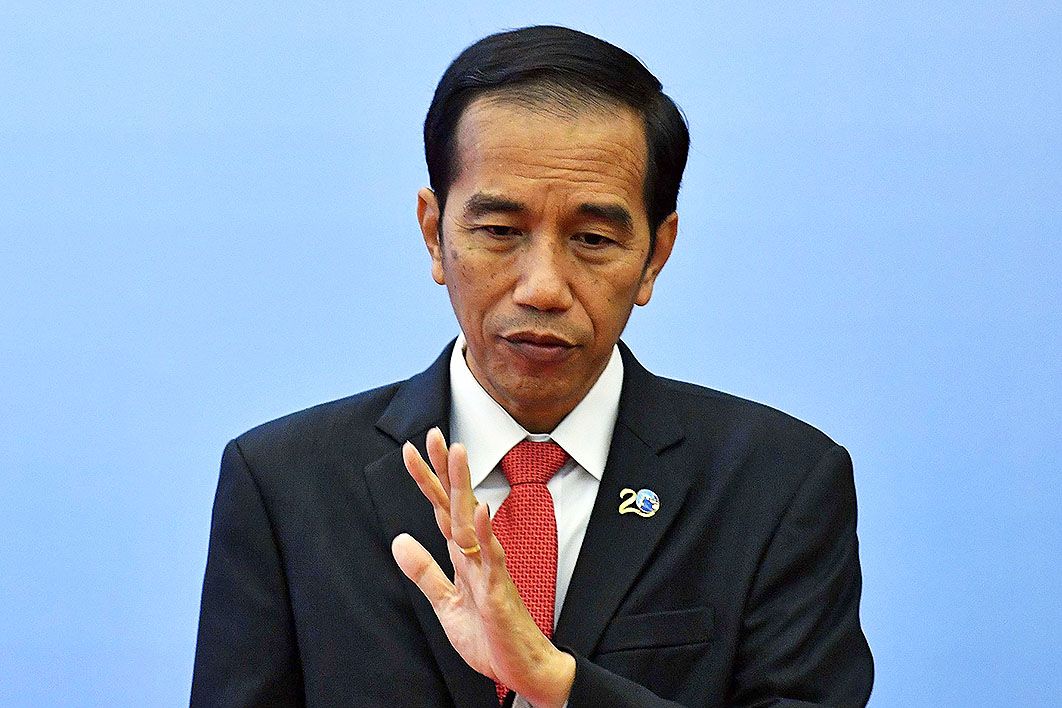 What will his second term deliver to Indonesians? Mick Tsikas/AAP Image