The wait of history 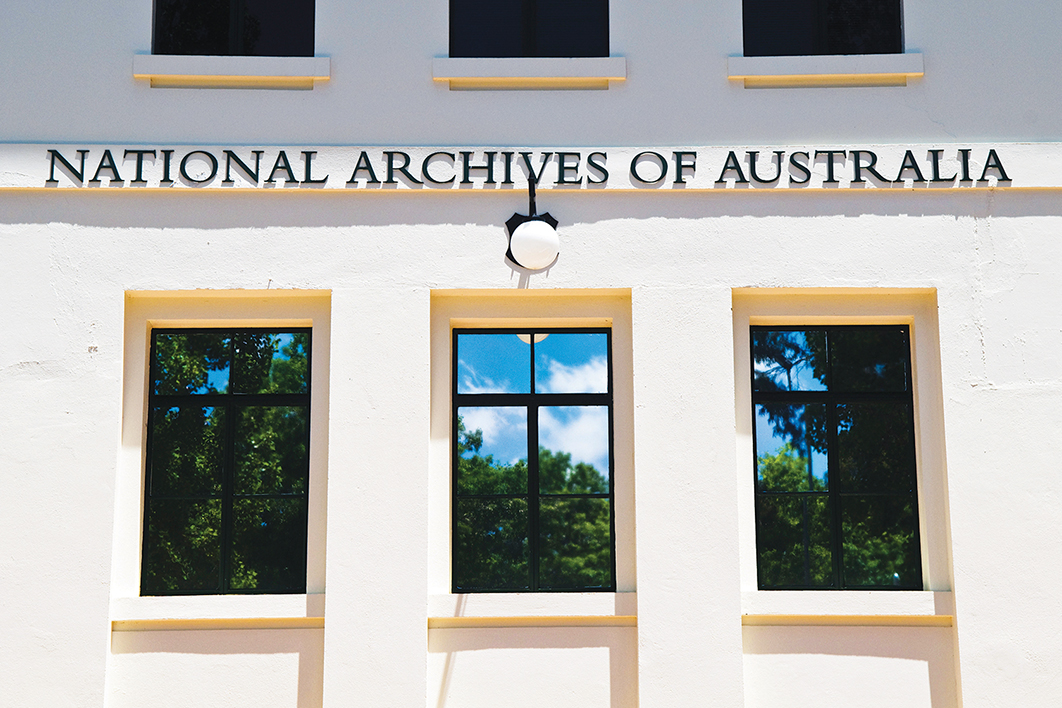 The National Archives of Australia had a problem. At its heart was the fact that it held two copies of the Palace Letters, the secret correspondence between governor-general Sir John Kerr and the Queen’s private secretary, Sir Martin Charteris, in the lead-up to the dismissal of the Whitlam government. In addition to the original collection, a copy had been made by David Smith, the governor-general’s official secretary, in response to a request from Kerr.

The former governor-general, by this time living in his European exile, wanted the copy to help him write his memoir, Matters for Judgement, which he hoped would vindicate his role in the dismissal of the Whitlam government and make him a lot of money. Family members later deposited that copy in the National Archives and, under the instrument of deposit they signed, made the letters available to researchers in 2005.

Meanwhile, the Archives had ruled that its own Palace Letters were “personal,” and therefore not ordinary Commonwealth records subject to the Archives Act. Until a court overturned this ruling — as the High Court of Australia would eventually do in a 6–1 decision in May last year — the letters would be closed to researchers for many years, if not indefinitely.

Here was the delicious conundrum: if the Archives’ ruling that the original set of letters was “personal” — a ruling designed to prevent access for researchers — were followed to its logical conclusion, then access to Kerr’s copy of the correspondence, also deemed personal, would be in the hands of the family.

When the Archives finally produced the documents covering the deposit of the copy, Jenny Hocking and her lawyers, who brought the Palace Letters case to court, had growing confidence in the likelihood of success. Their mistake might have been to underestimate the challenge of fighting someone who gets to change the rules after the game has begun.

Even as the litigation was in progress, the Archives was quietly renegotiating the instrument of deposit with Kerr’s stepdaughter. Under the new conditions, the letters were to remain closed for fifty years after the end of Kerr’s appointment as governor-general — until December 2027, that is — and their release would then be subject to the approval of Buckingham Palace and Yarralumla.

This is how a “pro-disclosure” organisation, as its director-general David Fricker likes to call the National Archives, does its business. In her account of the Palace Letters case, Hocking justly calls the actions “devious, artful, and devastatingly effective.” At one point, Hocking reports Fricker’s complaining to her of the money he was burning up to fight to withhold the letters: “It’s really eating into my budget.”

Fricker is now out and about calling for an injection of government money to digitise a large collection of at-risk records, especially photographs, films and audiovisual materials. The case that the Australian community will lose a significant trove of its cultural heritage if this material is permitted to deteriorate any further is unassailable. The problem was also highlighted in a review of the Archives completed by former public servant David Tune in January 2020.

Even allowing for a pandemic, the fact that it took the federal government until March 2021 to release the review, and only then under pressure from the media and a barrage of freedom of information requests from Senator Rex Patrick, does little to inspire confidence in any early boost to funding, although we all live in hope. While the philosophy of government funding for the Australian War Memorial is perhaps best summed up by Matthew 7:7 — “Ask, and it shall be given you; seek, and ye shall find; knock, and it shall be opened unto you” — Canberra’s other national cultural institutions are less fortunately placed. Amanda Stoker, the responsible minister, greeted the review with the news that the government “would not be rushed.”

The Tune review dealt with plenty of other matters, too. Much of its report is devoted to examining how to achieve a “whole-of-government” approach to records and archives, including the massive volume of digital records now being generated. It recommends a greatly expanded presence for the National Archives inside the individual agencies themselves.

Historians, though, were more likely to turn to that part of the report concerned with access. Their longstanding grievance has been the excessive amount of time the National Archives takes to clear documents more than twenty years old, which are available, in principle, to researchers. There are various grounds for withholding documents, yet all but a small minority are released in full or in part (that is, with some redactions) once they have been examined. But that can be slow. To take one example from my own experience: it was only on 3 October 2019 that I received notification of a decision on a foreign affairs file I had requested in 2014 in the process of researching a book I published in 2015. Even after five years, the process was not yet complete; I was also informed that “there is information on this item that remains withheld pending advice from another agency on whether it remains sensitive.”

The Archives routinely refers records to the originating agencies for advice about whether a file should be released and, if so, whether it should be issued in part or full. Without any apparent sense of irony, the notification also informed me that “Archives has processes in place to ensure that items are examined as efficiently as possible. Most examination is completed within ninety days” but “it can take longer than the statutory ninety days if information in an item needs to be referred to another agency for advice.”

Part of the Archives’ modus operandi when confronted with these failures has been to point to the problem posed by a small number of researchers requesting a very large number of files. But I have always found this argument too reminiscent of the grade three schoolteacher who regrets that the class will not be allowed any playtime because a group of naughty children up the back is spoiling things for the rest.

In fact, the figures provided in the Tune review paint a more nuanced picture. It is true that among the Archives’ backlog of 22,000 requests are four applicants who have requested more than 1000 files each. But other figures are more interesting. Sixteen applicants have requested between one hundred and 999, and another seventy between twenty-five and ninety-nine. These numbers seem to me indicative of researchers — many of them historians — simply doing their job (or, rather, trying to do their job). The online description of a record often gives a poor indication of its contents, so researchers must sometimes consult many files before finding what they want. A project substantially dependent on the Archives could well run to several hundred requests. In any case, just over 1300 applicants in the backlog are requesting fewer than one hundred files each.

When I sat on the Canberra consultative committee of the National Archives, I received many complaints from researchers who had hit a roadblock. I recall one academic who had decided to take a research trip to Japan because many of the records the National Archives had not yet permitted him to see were freely available there. Another, who was writing a doctoral thesis substantially dependent on National Archives material, eventually took the Archives to the Administrative Appeals Tribunal, but even that didn’t seem to work. His local member, Malcolm Turnbull, did his best to help out.

I left the committee because it didn’t seem the best way for key interest groups to influence the Archives’ policies — I was representing the Australian Historical Association — and after several years I had tired of the twice-yearly delivery of the bad news about the backlog of requests. It’s also notable that the much more significant Archives Advisory Council doesn’t include a single university-based historian. The council is supposed to have thirteen members, but currently has only ten. Its numbers were recently reduced by one with the departure overseas of News Corp journalist Adam Creighton, well known for his pandemic commentary in the Australian and on Twitter.

The Archives Act was a model of its kind when it passed in 1983 — an admirable contribution to Australia’s administrative law that played a big part in the exponential increase in our understanding of the nation’s twentieth-century history. Today, by way of contrast, its operations are a barrier to research across a vast domain of our modern history. Even if your file has been cleared for research, you need to allow five business days between ordering it and receiving it in the Archives’ reading room.

There is a feeling among researchers that while the Archives definitely needs much more money, it also needs to do better itself. •

Frank Bongiorno is Professor of History at the Australian National University and Vice-President of the Australian Historical Association but writes on behalf of neither here. He writes regularly for Inside Story.