Australia’s aged care homes were a disaster waiting to happen 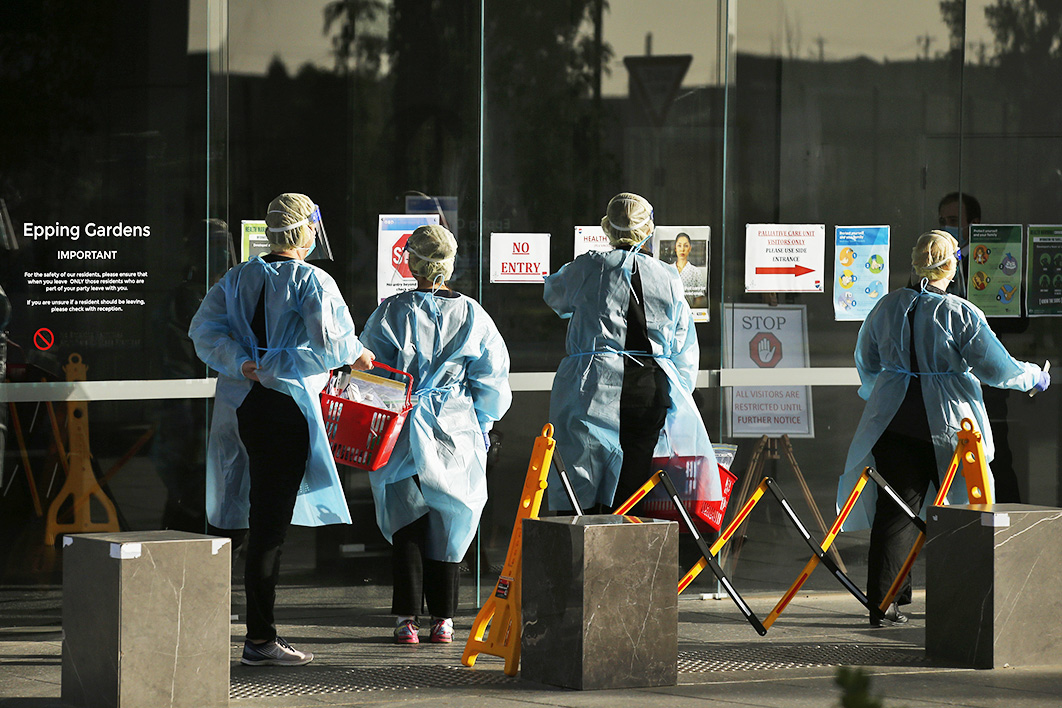 A pandemic holds up a perfect mirror to a society and shines a light in every crack. There is no better illustration of this fact than the light Covid-19 is throwing on aged care homes in Australia and internationally.

Australian aged care was already in crisis and a subject of considerable community concern before Covid-19’s arrival. In 2018, in response to serious and wide-ranging allegations of abuse and neglect aired on ABC Four Corners, the government established the Royal Commission into Aged Care Quality and Safety. Its interim report, simply called Neglect, concluded that “substandard care is much more widespread and more serious than anticipated.”

This “crisis” in aged care has been festering for at least the last two decades. Shaped by the Aged Care Act 1997, the Aged Care Quality and Safety Commission Act 2018 and numerous reviews in between, aged care has undergone considerable change during that time. Prior to the Aged Care Act, high-level aged care was effectively part of the health system and much of it was delivered in old institutional-style nursing homes. The new act was meant to better reflect what people said they wanted: a more social, homelike model with better facilities and a less clinical feel. “This is a person’s home, not a hospital” became the catchcry.

In response, homes became more “homelike” and the emphasis moved to social rather than clinical models of care. Nursing staff ratio requirements were abolished, with homes simply required to provide “adequate” care. The language changed to reflect this new approach. “Nursing homes” became “residential aged care facilities” (after all, having a nurse on the premises was no longer required) and the previous distinction between “low” and “high” care was abolished. State governments significantly reduced their role in providing and monitoring nursing homes, and bed licences were increasingly awarded to large national and multinational for-profit companies.

During these past two decades, both major parties have seen competition and the market as critical means of driving improvements in efficiency and quality, and both have sought to align with key industry and aged care consumer peak bodies. All these interests share a belief that consumers should be empowered to make choices, with more support on offer for people who choose to stay at home and providers encouraged to be innovative. The shared view was that rigid standards and regulations stifle innovation and responsiveness.

At the same time, population demographics and social values were changing. The baby boomers, now moving into older age, were more financially independent, healthier and better educated than the generation before. No longer was residential aged care a lifestyle choice: it was now the place you go when you have no other choice.

Two decades on, Australia’s 180,000 residential aged care beds are occupied by people who can’t live independently, even with formal community support, because of either physical frailty or dementia. My colleagues and I demonstrated this in 2018 when we independently assessed 5000 people living in residential care. Only 15 per cent were independently mobile, and most of that group had dementia. Half of the overall number required mobility assistance and more than a third (35 per cent) were bed-bound.

Yet aged care funding and governance has not kept pace with this development, and the pendulum has swung too far. Drawing on the rhetoric of a social model of care, governments, providers and some consumer peak bodies have been on the same page in declaring that there is no need for mandated nursing or allied health staffing or for rigorous clinical standards. After all, they argue, aged care is not healthcare and mandated staffing and clinical standards would distract from the need for the aged care facility to feel like a home.

While many homes provide good care, too many do not. On the funding side, aged care homes are now effectively funded for low care for a resident population that is demonstrably high care. Only 15 per cent of residents are receiving care that would be classified as four- or five-star in the five-star public rating system used in the United States. The sector requires a funding increase of about 35 per cent to bring it up to international benchmarks. Most providers want big funding increases but with no strings attached.

In this context, the arrival of Covid-19 created a perfect storm. Staffed predominantly by low-paid, often casual, personal care workers and with residents receiving an average of only thirty-six minutes of nursing time each day, many homes were simply unequipped to cope with the outbreak.

Infection control should be core business in aged care, not least because of regular flu and gastro outbreaks. Yet adequate personal protective equipment and training in its use have been lacking in many homes. Of 626 private homes in Victoria, about one hundred (with the number still increasing) have experienced an outbreak of Covid-19 and more than 1500 residents and staff have been infected so far.

Despite the experience at Newmarch in New South Wales (where fifty-six residents and thirty-four staff were infected and nineteen residents died), both the Commonwealth (as the level of government responsible for aged care) and providers seem to have been unprepared for the tragedy unfolding in private aged care homes across Victoria.

Notably, though, none of Victoria’s 178 public nursing homes has had a major outbreak. Even after controlling for size and location, this is an important difference. One fundamental reason is undoubtedly the extra funding and better nursing hours in public aged care homes regulated by the state government.

The federal government created a new aged care controversy this week when both the aged care minister, Richard Colbeck, and the secretary of the health department, Brendan Murphy, refused to provide a Senate committee with a list of Victorian aged care homes with Covid-19 among residents or staff. They did this in order to protect aged care homes from “reputational damage.”

For good public health reasons, it has been common practice throughout the pandemic to name schools, childcare centres, restaurants, hospitals and other venues where there has been a case. The decision to protect aged care homes from “reputational damage” is a powerful reflection on the relationship between Canberra and the private aged care industry. As a matter of good governance, it should not be the role of government to protect aged care providers from reputational damage.

The secrecy also cast a shadow over every private and non-government home. Given that this industry is 80 per cent funded by taxpayers, and given that people’s lives are at stake, where is the public accountability? This is not about blaming and shaming. We are living through a pandemic and it is about the public’s right to know. That said, aged care advocates took matters into their own hands and published a full list within the day. Aged care is increasingly a contested space.

A lot of hope is resting on the aged care royal commission, which will now not report until the first quarter of 2021. It is a once-in-a-generation opportunity to get aged care right. We cannot afford to keep getting it so wrong. •

Kathy Eagar is Professor of Health Services Research and Director of the Australian Health Services Research Institute at the University of Wollongong. She has worked extensively in the aged care system over the last two decades, most recently leading the design of the new Australian National Aged Care Classification model for residential aged care, and undertook research commissioned by the aged care royal commission into the adequacy of residential aged care staffing.

Hard times on the opposition benches