There is no longer a constituency for a small “l” Liberal Party, argues Norman Abjorensen 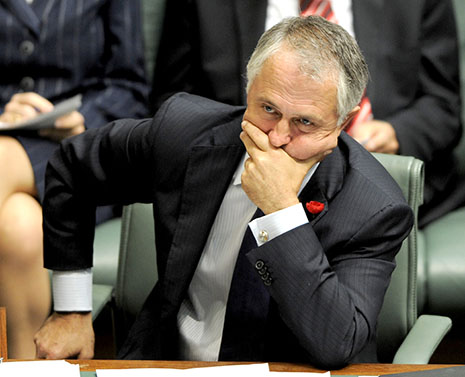 TWO VERY DIFFERENT types inhabit the world of politics – the romantics and the realists, the former dreaming of the world that might be, the latter preferring to deal with the world as it is. Both are necessary to the process of politics – the romantic the source of vision and possibility, the realist the steadying force of reason and practicality. The tension between the two is essentially what drives politics.

Yet few of the denizens in the world of politics are wholly one or the other. Political experience can be characterised as romanticism tempered by realism, a recognition of the gulf between what is desired and what is actually achievable.

To many people, the late Jim Cairns was the epitome of the political romantic, yet even this lion of the left and former Whitlam minister was clear-eyed about what it meant to be on the left and just what the limitations were. In an address to the Labor Party national conference at Terrigal in 1975, Dr Cairns, then the federal treasurer, acknowledged that capitalism was exploitative and left many human desires unfulfilled, but also recognised the reality that most people depended on the private sector for employment, and much of that sector was controlled by multinational corporations. “I know, therefore, that we must follow policies generally in the interests of the private sector,” he conceded.

Thirty years before Cairns, another prominent socialist, Britain’s Nye Bevan, shortly before taking office as a reformist health minister in Attlee’s Labour government, sounded a note of caution to supporters on the left whose hopes were running unrealistically high. In practice, he said, the state was incapable of exercising control over business; indeed, the disparity of power was such that “most decisions should suit the needs of profit-making.”

Once the Labor Party in Australia has jettisoned any vestiges of the social democratic dream and all but abandoned the politics of the warm inner glow, the realists were in the ascendancy. Labor, like Blair’s Labour and Clinton’s Democrats, simply (and cravenly) capitulated to the neoliberal agenda. Apologists try to disguise this as the “third way”; it is, in fact, unconditional surrender.

On the other side of politics, however, we might usually expect the realists to be firmly in control. After all, romantic dreaming in politics is surely the preserve of the unreconstructed left. Not quite so.

There are, it has to be said, dreamers on the right. Foremost among them are the ultra-conservatives on the far right of the Liberal Party – those blinkered Utopians who seek a brave new world in which every transaction involves a contractual relationship and every product and service has an exchange value set solely by the market. There are also dreamers of a gentler sort who once stood with Labor and who look askance at the ultras who infest their side of politics, kept in check by pragmatic self-preservation.

A century after Deakin’s social liberals meekly succumbed to Reid’s conservatives to combat a rising Labor Party, the social liberal dream continues to flicker sporadically among modern day Liberal supporters. The conventional wisdom is that John Howard purged the party of social liberals (which he did) and that Malcolm Turnbull represents some kind of social liberal resurgence (which is doubtful). Turnbull might well try to soften the party’s more hardline policies (in the face of staunch opposition from staunch conservatives such as Abbott and Minchin), but any hopes that this heralds the start of a Deakinite revival are entirely misplaced.

The brutal reality of Deakin’s capitulation all too often overlooked in the history books is that his constituency had all but vanished. Not only was his former electoral base shifting heavily to Labor, but the all-important financial support from commercial interests, especially the tariff-conscious manufacturers, was drying up as the fiscal issue was resolved and donors saw little point in supporting a party closely aligned with Labor whose policies were regarded as anti-business and pro-union.

A similar reality overtook the once mighty Liberal Party in Britain where, again, the history books appear to suggest its slow decline was all due to personality politics and internal bickering. It was the advent of the universal franchise in 1929 that finally ended the Liberal era, but it had already been tottering for the same reason as Deakin’s protectionist social liberals: the attempt to broaden the electoral base by social service expenditure was resisted by the industrialists who bankrolled the party and did not want to see their profits eroded by higher taxation.

And herein lies a lesson for the modern day romantics on the centre-right who dream of an impending epiphany in the Liberal Party: there is simply no constituency for it. Sure, there are the disgruntled social liberals still in or close to the Liberal Party, the former Democrats without a home and fragments of an uncommitted middle class. But this is a small and probably shrinking constituency, as the Australian Democrats discovered to their peril.

On the practical side, who or what would support such a party with the hard dollars necessary to join the fray? The Labor Party has its union support and a fair contribution from the corporate sector; the Liberal Party has the same, if not more, from the latter. Who could possibly see a gain in supporting a social liberal party – and even worse, a party with precious little prospect of ever winning office. Despite what we hear from prominent business people about being bipartisan and even-handed, every corporate dollar is invested in expectation of a dividend. The social liberal ideal, as attractive as it is terms of fairness and equality, simply offers no prospect of such a dividend.

It is fashionable to argue that left and right have no meaning in modern politics, and that the old economic class allegiances are long dead. The former is only partly true in that each term is in urgent need of contemporary redefinition; the latter is less certain owing to class allegiances being both confused and in a state of flux. (After all, just as the neocons like to claim that they were once liberals until mugged by reality, the newly dispossessed might find their allegiance to capitalism weaker than hitherto imagined.)

The battle lines, as represented by political parties, are now firmly set within a neo-liberal consensus. Neither side will seek to modify (or even touch) the capitalist machine, but within that framework (leaving aside the fact that the people are generally excluded), the Labor Party will extract the utmost for its constituency, as will the Liberal Party. It is a ruthless game of hard-headed pragmatism, and that accounted for Deakin and his social ideals a century ago. The realists know this; the romantics prefer not to see it. •

Norman Abjorensen teaches politics at the Australian National University. He is the author of John Howard and the Conservative Tradition.