Things that cinema can do 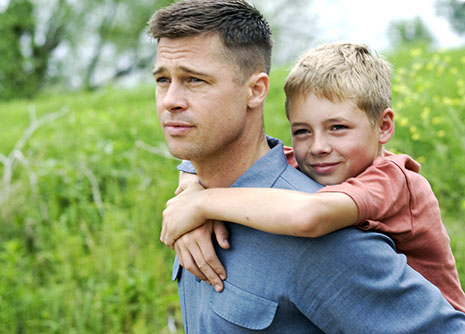 Terrence Malik’s The Tree of Life.

IF YOU are in the dismal position of confinement to DVDs – you watch everything at home, in like-minded company or alone – you could be losing out on important things in the cinema experience. One of those is proximity to strangers, audience members whose responses may be different, perhaps very different, from yours. At the long-desired end to Peter Weir’s The Way Back, the woman next to me exhaled: Wasn’t that wonderful? Split-second choice between honesty and tact; the former was irresistible. Well, actually no, I said. For her, the film attained its grandiose ambition; for me the grandiosity, among other things, was its downfall.

For some viewers and reviewers, the case against The Way Back can be applied to Terrence Malick’s The Tree of Life; this one has really divided audiences. This film too has been condemned for reaching too high and too far into grand meanings, requiring the story of one family to be seen against the universe; the big bang, galactic volcanoes, the life and death of the planet. People walk out, and among those who stay you can hear, at the end, various groans: that was absolutely interminable. Bombast, said one reviewer. Flawed, botched, disjointed; phrases like “a botched masterpiece.”

Much of the life of cinema is in argument, and the cinephile’s involvement often begins when she registers, with fascination, the intensity of audience loves and hates. The Tree of Life, however, lives in a space outside argument; those who walk out, or who see it as fatally inflated, are not to be convinced by others who may have loved (just about) every minute of it. It’s tempting to judge that the former group don’t know how to respond to cinema, the full orchestration of imagery, sound, concept, narrative or philosophic progression. The philosophic dimension is rejected; there is a view that this is something cinema can’t do, that a film has to be structured by drama, clear narrative, focus on characters and persons. That view is rejected, in theory and practice, by Jean-Luc Godard, , who has said that anything whatever can be filmed.

In The Tree of Life, just about anything is. You could see the intense, near-murderous struggles within the 1950s family as being taken up and set down, distanced in a cosmic perspective, but it’s more interesting than that. The volcanic imagery near the beginning comes just after the wife and mother, played with eloquent saintliness by Jessica Chastain, receives the telegram telling of the death of the middle son. What we see then is about grief, absolutely non-negotiable loss. She gets banal advice: how she’s still got the other two, and how life will go on and the pain will pass, and how (in this evangelical southern town) the god they believe in both gives and takes away. The advice doesn’t touch her; what happens to and within a parent who loses a child has more to do with limitless cosmic chaos, and that’s what we look at.

The film goes back in time to the woman’s family, her authoritarian husband (Brad Pitt), a small-town plant manager, and their three growing boys. As the eldest, Jack, seen as he develops a justifiably murderous hatred for his dad, young Hunter McCracken gives the best performance in the film; he gets the emotional cross-currents, the building of both understanding and rebellion. When father goes on a business trip, the three kids have a magnificent time horsing round, smashing windows, playing in forbidden places, careering into the forest which was first shown, at the beginning, in prehistoric life with giant saurian predators. Then he comes back, and authority clamps down; the nature of his own failures and frustrations emerges; he really wanted to be a musician. He may earn a little pity, less forgiveness.

Nothing is solved, and it is part of the film’s genius that the family story is given in inconclusive fragments. The drama is not literal; dialogue and incident are limited, but they’re all we need to know of time, place and people; we’re watching the glancing action of memory, Jack’s. Sean Penn plays him as a late middle-aged adult, not a musician but an architect; and Penn’s sequences, among urban glass towers in Dallas, are somewhat out of key with the rest. But the film’s music, arranged by Alexandre Desplat, overrides the details, and it’s there throughout: from Bach to Berlioz and Mahler; great choral passages; strings, organ and piano. Make what you will of the light in rock crevices, ocean waves and currents; call it film opera, film poetry and in moments, film prayer. There is an extraordinary fusion of elements. What’s odd is that you can agree with everything they’ve said against it on aesthetic extravagance, artistic hubris, and still enjoy its every frame; whatever The Tree of Life is not, it’s cinema.

KELLY REICHARDT’s Meek’s Cutoff has been called a minimalist Western, a description which is accurate in some sense and quite misleading in others. The title comes up in old-style embroidery, telling us the story is set in Oregon in 1845; and the trail of three bullock-drawn covered wagons duly crosses a bare, cold landscape. There’s a patriarchal bearded leader, Stephen Meek (Bruce Greenwood), on horseback; two other men and a boy; three women, trudging along in cumbersome dresses and bonnets, one noticeably pregnant. They ford a river, baskets held high. We hear no speech among them until the boy reads aloud in the evening from the book of Genesis. There are prayers, and rationed food and water.

This is the kind of opening to sink the heart; things are grim for this lot, and they can only go down from here. The group corrals a lone Cayuse Indian (Rod Rondeaux); the men debate on whether to kill him, and refrain from doing so in the belief that he might lead them to water. All move on together through unforgiving landscapes. As the story reaches an end which is not an ending, some of the audience exclaimed in frustration; the logic of the piece had escaped them. This is not really a costume drama, and a good thing too; it is a kind of essay for which elements of the traditional Western have been artfully rearranged. The white folks, in brave and foolish pioneering ambition, have come into country they can’t deal with, although Meek insists, “We’re not lost; we’re just finding our way.” Lost they are; one woman, Emily (Michelle Williams) is prepared to face it ruthlessly. The Indian does not learn English from them, and they don’t learn his language; they don’t learn anything much. In a compelling sequence when one of their number collapses on the waterless trail, the Indian sings at length; but if that solves anything, it’s only for the singer.

This film is a fine, sparse poem and a parable. In its implied concern with the errors of white imperialism, you could set it down here in the same period – say in the Simpson Desert, or somewhere round the Dig Tree. •

Joseph Lelyveld’s new biography of Mahatma Gandhi caused a storm in India even before it was published there. Thomas Weber looks at the book and its critics 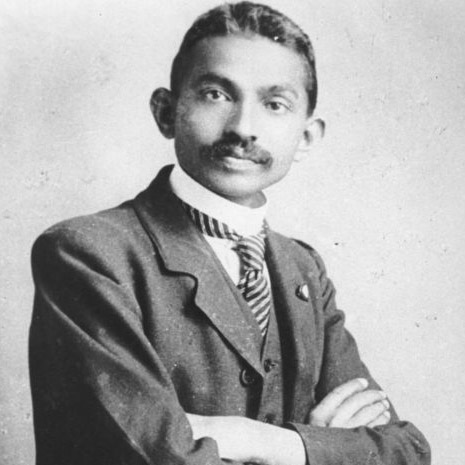