A small country? Australia is underselling itself in its dealings with the United States and China, argues Kerry Brown 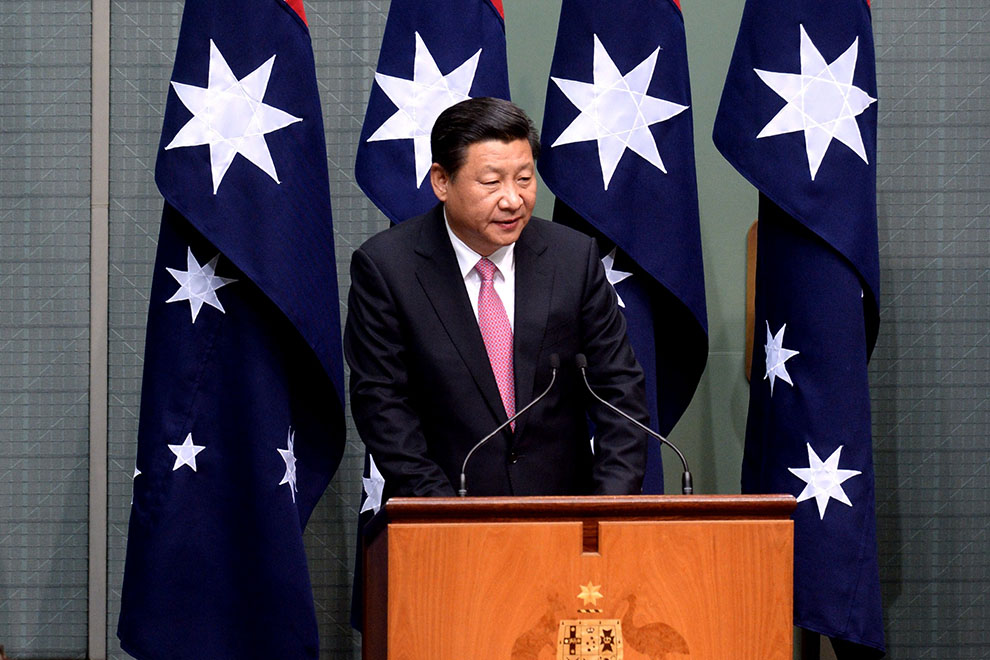 After I moved to Australia from Britain nearly three years ago, I was surprised to find people here, among them government officials, using a certain term to describe this country. Australia, they told me emphatically, is “small.” The first time I heard the remark was when one official, after one of my first meetings in Canberra, told me that Australia needed to be prudent because “we are such a small country.” This was around the time the ill-fated Australia in the Asia Century white paper was being produced; the paper was important, the official told me, because it would outline ways of dealing with this problem of size.

To hear inhabitants of a nation that ranks fifth according to land mass, and is the world’s largest island, describe their homeland as “small” seemed odd to others that day, including some Chinese visitors who later quizzed me about what on earth it meant. But they immeduately understood the response I relayed from a strategist I had talked to. With armed forces numbering no more than 60,000 at any one time, a vast territory to police, and extremely lengthy coastlines, and in an age when the natural barriers of sea and ocean were no guard against external threats, Australia’s sense of vulnerability made a certain kind of sense.

It is in that context that the security relationship with the United States seems sensible. Militarily, only someone reckless or insane would question it – and this, more than anything else, accounts for why Australia has been an even more faithful ally of the United States than Britain has been. Unlike Britain, Australia fought with American troops in Vietnam. Its soldiers have put in particularly distinguished service in Afghanistan. Australia has compensated for its sense of vulnerability by staying resolutely close to America.

These days, though, Australia faces a more complicated strategic choice. The glib explanation is that while its security is well guarded by being close to the United States, its economy increasingly depends on Asian neighbours, the principal one being China. China’s dominance of trade in the region is posing this sort of issue for many other countries, but for Australia, with its security needs, the issues are particularly sharp and uncomfortable.

If we stick to the mindset of feeling “small,” though, a policy maker would need the wisdom of Solomon to sort out how to balance fidelity to the United States with preserving good relations with China at a time when these two powers are experiencing fractious relations. The moment of choice hasn’t arrived – yet – but the nightmare scenario is that late one night a call will come from the White House declaring that “it’s either them or us.” It never needs to happen; the sting is in its potential.

One way of managing the dilemma would be to stick resolutely to the mantra that, no matter what, Australia will remain close to the United States. But policy-makers and politicians are loath to make tomorrow’s people hostage to what might seem like self-evident truths today. Things change. Who can say with 100 per cent certainty that moving away from the United States won’t make sense ten, twenty or thirty years down the line. Once policy becomes dogma a country is in real trouble. We must always be pragmatic.

The other response is to diversify. But the menu of choices is slender. For security, the United States is irreplaceable. Who else would fill the gap in terms of personnel, common vision or sheer hard power? But China is becoming indispensible as a source of growth. Australia might be signing free-trade agreements with South Korea and Japan, and eyeing opportunities in India and Indonesia. But none of these countries, in the short to medium term, will step into the space China occupies. And offering the Australian public a few years of austerity while trade with China is whittled down in the hope some other country might replace it would only be contemplated by the bravest or most zealously xenophobic politician. At the moment Australia is governed by people who fit neither of these descriptions.

So the response is to stick resolutely to the status quo, hoping like Dickens’s Mr Micawber that something will turn up. The problem with this approach is that it isn’t the people of the future who are the hostages of fortune, as the first option outlined above proposed, but the people living in Australia today. We continue to live in terror of the phone call in the night and the moment of choice.

There might be another path, though, and it comes back to the sense of being a “small” country. While this is a reasonable description of one type of reality (size of military personnel, overall size of population), the reason I found, and continue to find, this self-description so grating is because in almost every other sense it undersells Australia and denotes a lack of confidence that simply shouldn’t exists.

Take the relationship with the United States. In a very trivial way, “small” Australia is sensible to stick close because it too relies on a stronger partner to care for it. In that scenario, though, Australia is little more than a parasite, and parasites have every reason to fear the moment of rejection. Is the link with America simply a way of dealing with this fear? How about the other vast commonalities and bonds that join the two countries – a common language, a common view of the world, shared political values, much shared culture, huge people-to-people links underpinned by a high regard for each other… The list goes on.

If the Americans really wanted to jettison a partner like this, it would mean jettisoning a part of its own identity, because we are so like each other. The cultural, political and social links between the two countries are that close. And in any case, there is something Australia has that no other country has, and which the United States appreciates profoundly, and also needs – the country’s enormously important strategic location. Precisely where would America find a substitute for this?

Very ironically, Australia’s rules-based society, its highly educated population, good social welfare and strong institutions, is also extremely important for China. The simple truth is that China likes Australia for the same reason that the United States does: it is a place of great stability. In a sense, all the local dismay at dysfunctional politics in Canberra is a tribute to just how easy the country is to govern. Its need for interventionist, crisis-fighting leaders is relatively low. This means they often have to fill their days dealing with crises of their own making. Believe it or not, that is ultimately preferable to the alternative.

Changing the psychology of Australian officials, and perhaps some of its people, about the amazing attributes and strengths of this country, and the fact that it is liked and admired by its key security partner and its greatest economic one, allows space for one more liberating thought. America is not having a security relationship with Australia because it has been begged to do so, nor has China increased its trade here as an act of charity. Both get a huge amount from this relationship.

Australia needs a far more dynamic vision of its role in the world, and a better sense of self-confidence in its diplomacy. Self-deprecation is fine up to a point, but not when it makes a nation look and sound slavish. Australia doesn’t need to beg either American or China to maintain good relations. It should regard these as privileges on both sides. And if the call ever comes in the middle of the night, one hopes the prime minister who takes it has the confidence and eloquence to point this out, and to ask the president to call back the next day, in working hours, with a more sensible request. • 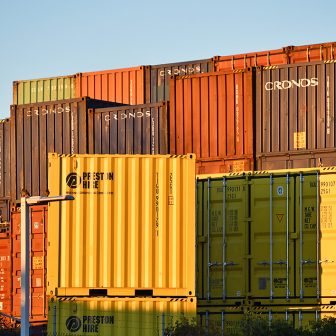 National Affairs Should the government “buy Australian”? Adam Triggs 23 November 2021 A government commitment to buy Australian-made goods and services is not as positive as it sounds
Close

The rising tide that lifts some yachts

Books | Why are we angered by stories of Greek hairdressers retiring at fifty on public pensions, asks Jane Goodall, yet unmoved at the thought of bailed-out German bankers being chauffeured around town? 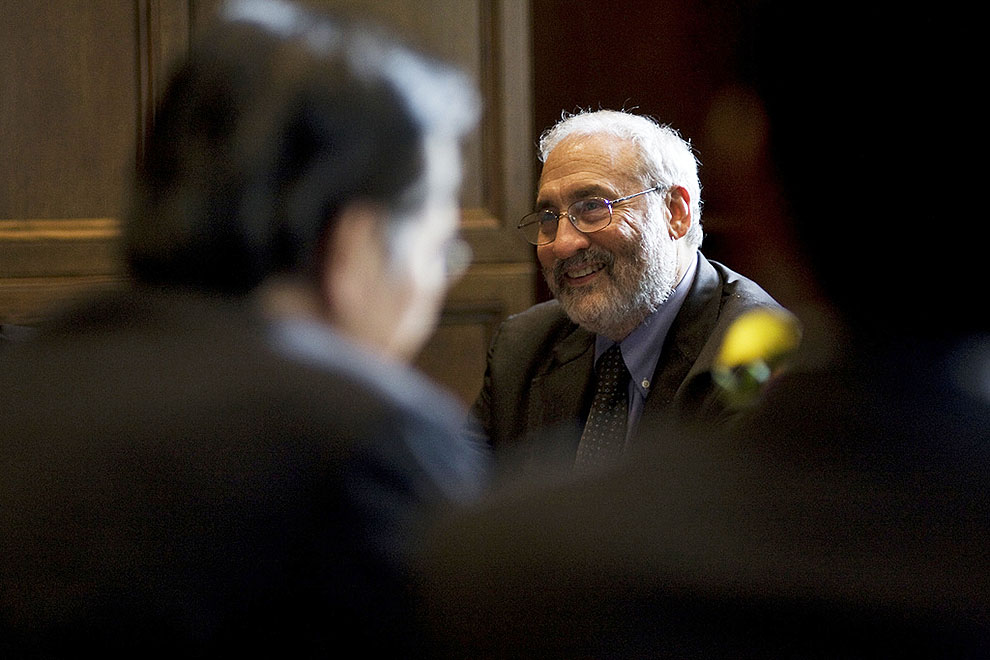