Thinking creatively about phasing out coal 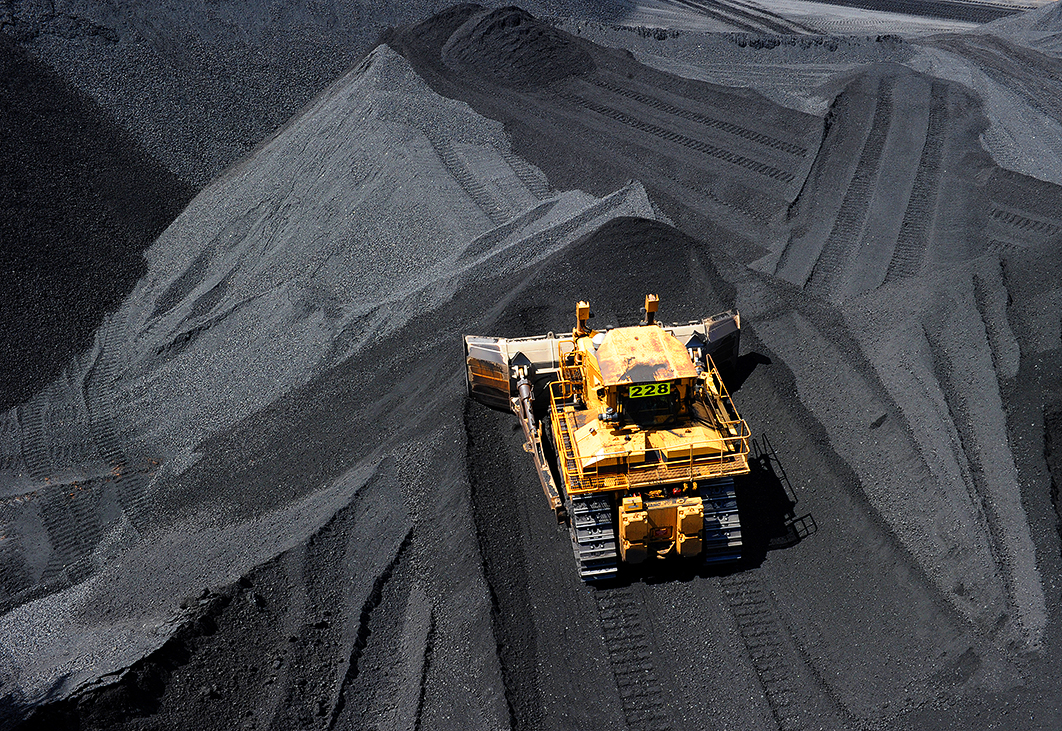 It isn’t so much the global climate negotiations that immediately threaten coal workers in the Hunter Valley. It’s the opening of mega-coalmines in Queensland’s Galilee basin. Dave Hunt/AAP image

At the landmark Paris climate change conference just three years ago, countries agreed to phase out global greenhouse gas emissions by the second half of this century. Despite that noble aspiration, two recent UN-level events have highlighted the mounting urgency of the challenge and underscored the need for new thinking.

First, in October, the Intergovernmental Panel on Climate Change released a special report on the effects and feasibility of holding warming to within 1.5°C above preindustrial levels. That figure was enshrined as an aspiration in the Paris Agreement, and the report shows why it is a better benchmark for mitigating catastrophic climate change than the 2°C goal that has long been the focal point of international negotiations. To meet the 1.5°C goal, says the IPCC, net global greenhouse gas emissions need to be phased out by around 2050.

To do this without relying on expensive, risky and massively scaled carbon capture and storage technology will require an especially rapid phase-out of fossil fuels used for power generation. And it is coal-fired power generation and coalmining that most urgently need to be phased out. Coal is the most emissions-intensive fuel source. Of all fossil fuels, it creates the least economic value per unit of energy. In most parts of the world it can be replaced at low cost by solar, wind and other clean sources of electricity, which are becoming increasingly cheap to generate and store. And its production, transportation and combustion have many other harmful social and environmental effects, including the air pollution that kills millions each year.

Partly because of these technological, economic, social and environmental pressures, overall global coal demand is flatlining. Yet a number of countries — including Poland, Indonesia, South Africa and Australia — are still building new coalmines. As of December 2017, Australia alone had more than fifty new coalmining projects, worth more than an estimated $75 billion, in the “investment pipeline.” And senior Australian government ministers regularly talk up the country’s future role as a major global coal exporter.

This kind of hypocrisy cast a pall over the second major UN-level climate event for the year — the twenty-fourth annual Conference of the Parties to the UN Framework Convention on Climate Change, or COP24, in Katowice, Poland, which concluded at the weekend. The Polish government attracted special attention by making the “just transition” from coal a key priority of the conference, yet its plans to build new coalmines showed that its own transition was going in the wrong direction.

Championed by the trade union movement and more widely in civil society, the notion of a just transition is enshrined in the Paris Agreement. The basic idea is twofold. First, the interests of employees in emissions-intensive industries, and their communities, must be taken into account in the process of cutting emissions. Second, employees should be supported through the transition with public investment in communities, social protections, and job retraining that equips workers to take advantage of economic opportunities in expanding sectors, including zero-carbon industries.

The imperative for a just transition is reaffirmed in the official COP24 conference document, which reflected the outcome of the negotiations in Katowice. Yet that document, like the Paris Agreement itself, doesn’t mention the need to stop building new coalmines, let alone to phase out coal — an omission that reflects the realities of the consensus-based UN process in which all countries, including those expanding their consumption and supply of fossil fuels, effectively have a veto.

The COP24 outcome also underscores how pressure to phase out fossil fuels needs to emerge through different channels, including other multilateral forums and groupings, to complement the more universal and abstract process set in motion by the Paris Agreement.

This is where the creative thinking comes in. One idea we have been promoting is a system of Fossil Fuel Free Zones, which would enable leaders at multiple jurisdictional levels to increase pressure on laggards. A related idea, which we explore here, is a moratorium on new coalmines — in fact, a plethora of moratoriums at multiple jurisdictional levels, from subnational governments right through to countries and international groupings. (Here, we’ll refer to “a” moratorium, but we intend this to mean moratoriums, plural, in any jurisdiction — though a global moratorium would be ideal.)

A coalmining moratorium is a prerequisite both to phasing out greenhouse gas emissions and to making a just transition away from coal. Banning new coalmines represents a significant, intermediate step that governments could take that would demonstrate their commitment to both of these objectives and act as a litmus test for their good-faith implementation of the Paris Agreement. And it is surprisingly politically feasible.

The reason why banning new coalmines is a prerequisite to phasing out greenhouse gas emissions requires little elaboration. It is obvious that a world serious about phasing out coal needs fewer coalmines, not more. The more jurisdictions that ban new coalmines, the more moral pressure it puts on expanding coal producers to rein in their expansion plans.

How such a moratorium would create a just transition for coal workers and dependent communities is less obvious, but equally compelling. For one thing, building new mines threatens the jobs of existing coalminers. While government approvals and subsidies for new coalmines might look like they support coal workers, any first-year economics student will tell you that if demand for a product is flat (remember, global coal demand is flatlining) any increase in supply will simply lower its price. All else being equal, the price drop caused by the new entrants into the market will eat into the profits of existing coal suppliers, threatening their viability and the jobs of their existing workforce. Shrinking profits in the coal industry also mean that coal companies will be less able, or inclined, to pay their taxes, finance site rehabilitation, and pay employee entitlements when mines close.

Take the Hunter Valley, for example. Australia is the world’s second-largest coal exporter and the Port of Newcastle is the world’s largest coal port. But one of the major short-term threats to coal workers in the Hunter isn’t the global climate negotiations, it’s the opening of the Adani and other mega-coalmines in Queensland’s Galilee basin, whose coal would be exported through a different port. According to modelling by resource analytics firm Wood Mackenzie, these new coalmines would reduce exports from the Port of Newcastle by one-third and lead to thousands of jobs being lost. The result would be a rapid but not very just transition for Hunter coal workers.

A moratorium on new coalmines would insulate companies with existing mines from the economic pressures that would otherwise come from new mines. It would improve the job security of existing workers and provide additional time and financial headroom for just-transition initiatives. Trade unions can then argue with companies and governments for a greater share of industry profits and taxes to be spent on social protection, worker retraining and job creation.

A moratorium would also be more politically feasible than most schemes proposed to reduce emissions. Incumbent coalmining companies should back it because it increases their profits. Unions should back it because it supports existing jobs and buys time for a just transition. And it should appeal to governments because they get to help existing workers and companies while doing something about climate change.

International bans on things we want less of — whether it’s whaling, nuclear testing or lead in petrol — are not novel, and bans on fossil fuel–related activities around the world have increased rapidly over the last couple of years. Countries willing to ban new mines could easily coordinate their efforts and hold one another to account because the transaction and monitoring costs would be low — it’s hard to build a covert coalmine, which means it is hard to cheat. And while not all countries will want to sign up straight away, the more that do so, the harder it will be for countries like Poland and Australia to hold out. Global norms matter in international diplomacy, and “anti–fossil fuel norms” are evolving rapidly. Norms against new coal infrastructure have never been more important.

The world urgently needs a just transition away from coal. A moratorium on new coalmines is a necessary step that has the power to unite multiple powerful interests and protect vulnerable workers and communities. In the challenging game of climate policy, that’s a rare combination. •

Fergus Green is a PhD candidate in the Department of Government at the London School of Economics & Political Science. Richard Denniss is Chief Economist at The Australia Institute.

At the bully pulpit

Two years into the job, Donald Trump’s future seems less certain than ever 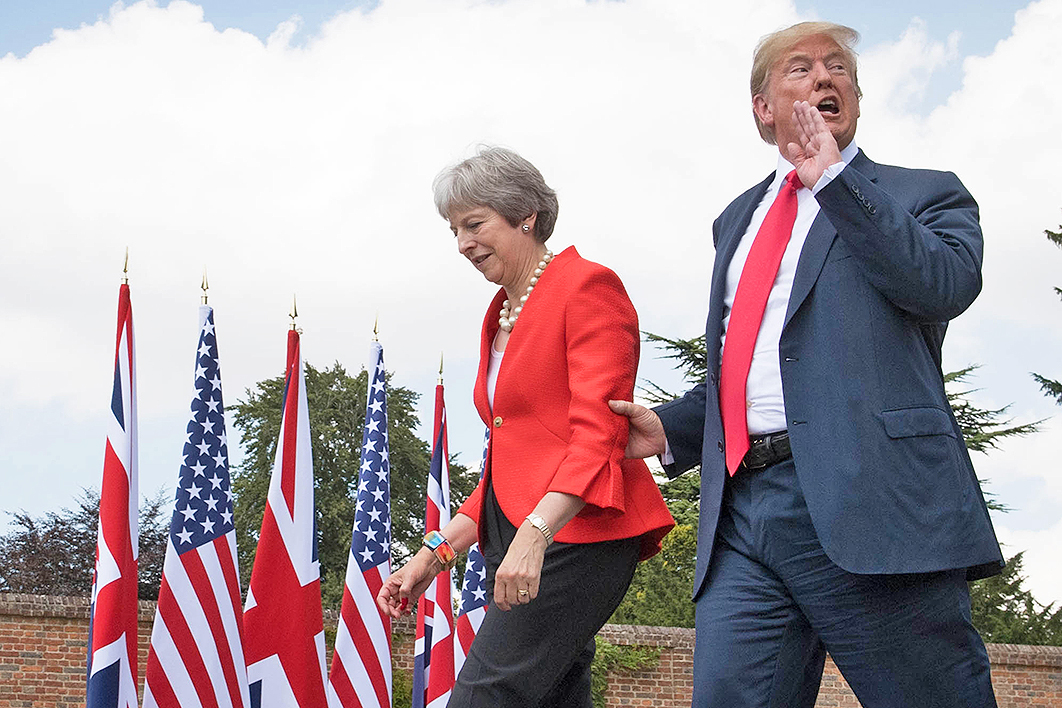