Thirty years on, a spirit of reconciliation in New Caledonia 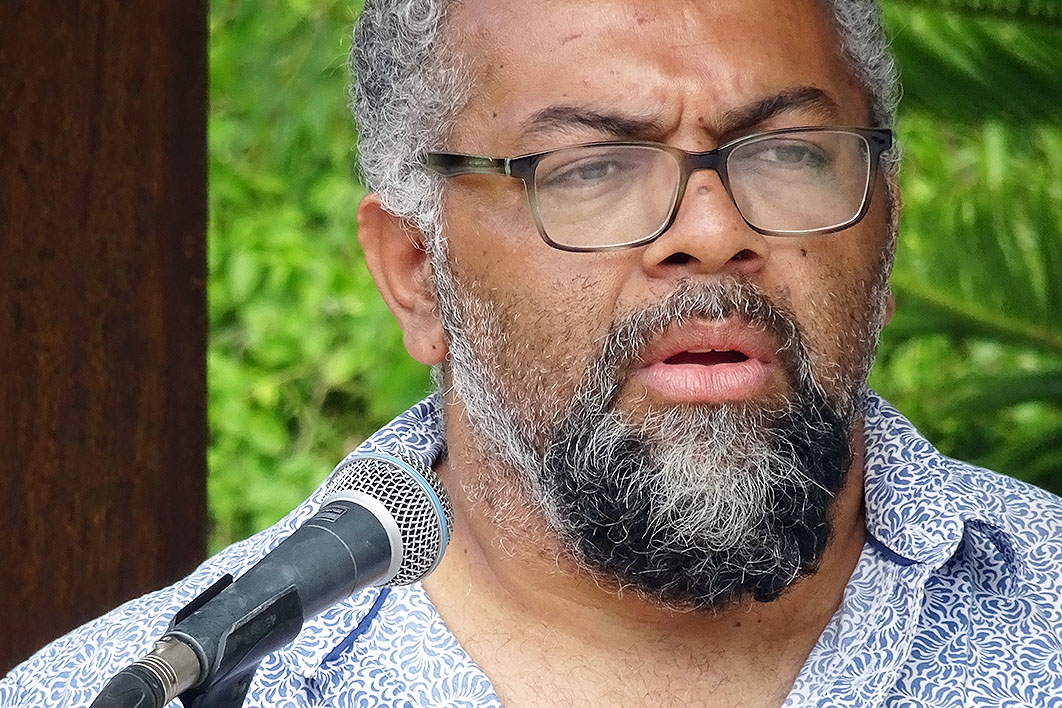 At dawn on the drive to the Hienghène valley on New Caledonia’s east coast, the radio starts playing “Loulou,” a 1980s song by local band Bwanjep lamenting the murder of Louis “Loulou” Tjibaou, his brother Tarcisse and eight other men. It’s an eerie coincidence, as I’m not far from the site of the massacre that took their lives in December 1984.

Eighteen men were driving home to the Kanak tribe of Tiendanite after a meeting of the newly formed independence coalition Front de Libération Nationale Kanak et Socialiste, or FLNKS. Ambushed at Wan’yaat by members of the Lapetite and Mitride families — local settlers opposed to independence in New Caledonia — ten were shot dead and another five wounded, with just three others living to tell the tale. Today, their two rusting, burnt out trucks, sheltered from the elements in a newly refurbished memorial on the road to Tiendanite, are a reminder of the massacre.

The murder of his brothers and clansmen was a terrible blow for Jean-Marie Tjibaou, the charismatic leader of the FLNKS. Tragically, he too was assassinated on the island of Ouvea, on 4 May 1989, together with his lieutenant Yeiwene Yeiwene.

On 4 May this year, the thirtieth anniversary of Jean-Marie Tjibaou’s death, hundreds gathered at Tiendanite, the Kanak tribe that was his home, twenty kilometres into the mountains above Hienghène. People arriving by early morning joined a Mass in the community hall, followed by the laying of wreaths and flowers on Tjibaou’s grave. The priest urged the congregation to follow the message of hope from “our papa, our brother, our friend Jean-Marie.” Later, people travelled down the road to Wan’yaat, where a new memorial and sculpture to the 1984 massacre was inaugurated and blessed.

Other ceremonies were being held in the outlying Loyalty Islands. On Mare, friends and family mourned the loss of Yeiwene Yeiwene, Tjibaou’s right hand man. Yeiwene, a leading figure in the movement for Kanak independence, campaigned alongside Tjibaou during the period of armed conflict that wracked New Caledonia between 1984 and 1988. Known as les événements, these years pitted the Kanak people against the French armed forces and settler militias.

On Ouvea, in the tribe of Gossanah, people gathered to remember Djubelli Wea, the Kanak activist who killed the two FLNKS leaders in May 1989, before being shot dead by Tjibaou’s bodyguard Daniel Fisdiepas.

Speaking after the ceremony in Tiendanite, Tjibaou’s son Emmanuel tells me that remembering his father and others killed during les événements is a vital part of looking to the future. “The importance of this day is to commemorate their fight, to celebrate their life, but also to reflect on the reasons that we honour such men,” he says. “Their political vision has led us to where we are today. To commemorate them through custom, through prayer, is our way of making them live again, their words, their commitment.”

The day also reminds local people to take up their own responsibilities, he adds. “Looking back over thirty years, it’s time for us to take stock, and look forward to making the right choices for our country. This is not a matter of history. It’s a matter of integrating their vision into our action today, thirty years later, to lead our country to independence and sovereignty.”

For a younger generation, the events of decades ago might seem irrelevant to the needs of today. But Tjibaou remains an emblem of the Kanak struggle for self-determination. After he took a leading role in the independence party Union Calédonienne, or UC, in the 1970s, a central part of his work was promoting Kanak culture and identity that had been marginalised by French colonial society. In 1975, he organised the Melanesia 2000 festival, an unprecedented celebration of local culture, music and dance. Two years later, UC called for independence rather than greater autonomy within the French Pacific dependency.

In Tiendanite, current UC president Daniel Goa says that Tjibaou’s vision of an independent Kanaky–New Caledonia still resonates with both old and new generations of independence supporters. “His words are still relevant today, and they are especially relevant for the young people who are seeking to find their place in society,” Goa tells me. “Jean-Marie’s words can still guide them. You see here today that there are many young people. It’s a way of returning to the source to rediscover their culture.”

Beyond this, the commemoration ceremony united people across the political spectrum. Representatives from different independence parties and the Kanak Customary Senate were joined by New Caledonia’s representative in the French Senate Gerard Poadja, and Jean Pierre Aifa, a charismatic political leader from the 1980s and long-time friend and rival of Tjibaou.

Standing at the graveside beside Tjibaou’s widow Marie-Claude, Poadja — a member of the anti-independence party Calédonie ensemble — recalls their work together for the Melanesia 2000 festival: “He was a man we respected enormously… Today, I am here because we cannot forget what we lived through together.”

The ceremonies in Tiendanite, Ouvea and Mare were held just eight days before New Caledonia’s national elections. On 12 May, voters elect seventy-six representatives for New Caledonia’s three provincial assemblies and national Congress, political institutions created after the 1988 Matignon–Oudinot Agreements and the 1998 Noumea Accord.

In Tiendanite, Jean-Pierre Djaiwe of the Parti de Libération Kanak tells me that the day went well beyond the current electoral contest: “For us it’s a day of commemoration, a day of remembrance, a day to recall this man who was for us an extraordinary figure, a man who by his bearing, by his words, is still with us in our hearts. His words were spoken many years ago, but they remain in our hearts and are still relevant today.”

The Ouvea crisis of May 1988 and the assassination of Tjibaou and Yeiwene a year later were milestones in New Caledonia’s troubled path towards a new political status. After nearly four years of conflict, the FLNKS had decided to boycott the May 1988 elections for the French president and a new local government. The independence movement had planned a nationwide mobilisation to highlight its opposition to French militarisation, but the uprising took place only in Canala, on the main island of Grande Terre, and in the outlying Loyalty Islands.

On Ouvea, a local group of Kanak independence activists attempted to take over a police station at Fayaoue on 22 April 1988. In the subsequent melee, three French gendarmes were killed and another mortally wounded. Twenty-seven others were taken hostage and hidden in caves, most in the north of the island near the tribe of Gossanah.

The Ouvea crisis led to a major military mobilisation and the torture and maltreatment of villagers by French troops trying to locate the hostages. Djubelli Wea, a former Protestant theology student and leading independence activist from Gossanah, was dragged from his sick bed, questioned about the location of the hostages, and tied to a tree. His father, beaten by French troops, later died.

The assault on the caves to free the captured police coincided with a final (and unsuccessful) attempt by French prime minister Jacques Chirac to glean votes between the two rounds of the 1988 presidential elections. On 5 May 1988, the French government abandoned negotiations and launched a military attack, with elite police and a commando unit storming the cave. Nineteen Kanak activists were killed, at least three of them executed after surrendering. Their leader, Alphonse Dianou, was shot in his knee during capture, and left to die. Two French special forces soldiers died in the assault.

Twenty-nine men from around Ouvea, including Djubelli Wea, were arrested and transported to jail in Paris. Ouvea was left with a legacy of bitterness and tragedy: men from over half the villages on the island were dead or in jail, and there were sharp tensions with the FLNKS leadership.

The tragedy made all parties step back from the brink. Incoming French prime minister Michel Rocard proposed negotiations, and the subsequent Matignon and Oudinot Accords, sealed by a handshake between Tjibaou and anti-independence leader Jacques Lafleur, included amnesties for crimes committed before August 1988. For the families of the dead soldiers and of the nineteen Kanaks killed, this could not resolve the legacy of grief and division.

A year later, Jean-Marie Tjibaou and Yeiwene Yeiwene came to the island on 4 May 1989 to mark la levée du deuil, the end of a period of mourning for the nineteen. At the ceremony in Hwadrilla, Tjibaou and Yeiwene were shot and killed by Djubelli Wea, who was immediately gunned down by Tjibaou’s bodyguard.

The impact spread nationally. Religious and customary leaders began charting a path towards dialogue, moving from Tiendanite to Ouvea, then to Yeiwene’s home on the island of Mare, always using the traditional paths that link clans across the country. The signing of the Noumea Accord in May 1998 opened the way for France’s overseas minister to travel to Gossanah in August that year, the first of many more public gestures of reconciliation involving the French state. (Last year, president Emmanuel Macron visited Hwadrilla for the thirtieth anniversary of the hostage crisis.)

The churches played a crucial role. Jean-Marie Tjibaou was a former Catholic seminarian; the leader of the Ouvea hostage takers, Alphonse Dianou, had trained for the priesthood at the Pacific Regional Seminary in Suva; Djubelli Wea did pastoral training at the Pacific Theological College in Suva; and leading Kanak theologians Jean Wete and the late Pothin Wete are originally from Gossanah.

Ecumenical figures like Pastor Jean Wete and Father Rock Apikaoua played a central mediating role between the Wea, Tjibaou and Yeiwene families, promoting face-to-face meetings and ultimately reconciliation between the wives, then the children, and then the clans of the three central figures. Although some family members were reluctant to participate in the process and many tears were shed, this process was vital in sealing a breach that could not be healed by judicial mechanisms.

Today plaques in Ouvea, Mare and Tiendanite highlight the day in July 2004 when people transcended the bitterness of the past. The plaque next to the gravesite of Djubelli Wea pays homage to the three Kanak leaders who died in 1989, and to the reconciliation that followed: “To all generations to come — remember that on the night of 4 May 1989, blood was spilt on Ouvea. Pardon — Haiömonu me ûsoköu.” A similar plaque marks Jean-Marie Tjibaou’s grave in Tiendanite: “Pardon — do kan ôdavi vin mala da — so a new dawn can rise.”

For Emmanuel Tjibaou, it is the strength of Kanak culture that made reconciliation possible. “Just as in Papua New Guinea, or Solomon Islands or Vanuatu, custom is what makes us Pacific islanders,” he tells me. “The yam, the sacred, respect for others, respect for the community, the dimension of justice, of sharing: it was through these cultural values that we were able to reconcile with the family of Djubelli Wea, who killed my father…” His hope is that this spirit of reconciliation will “inspire others — in Bougainville, in Solomon Islands — to bridge the gulf between combatants and their clans still living with the loss. We hope to share our experience of reconciliation, in the tradition of Wantok — one way, one spirit.” • 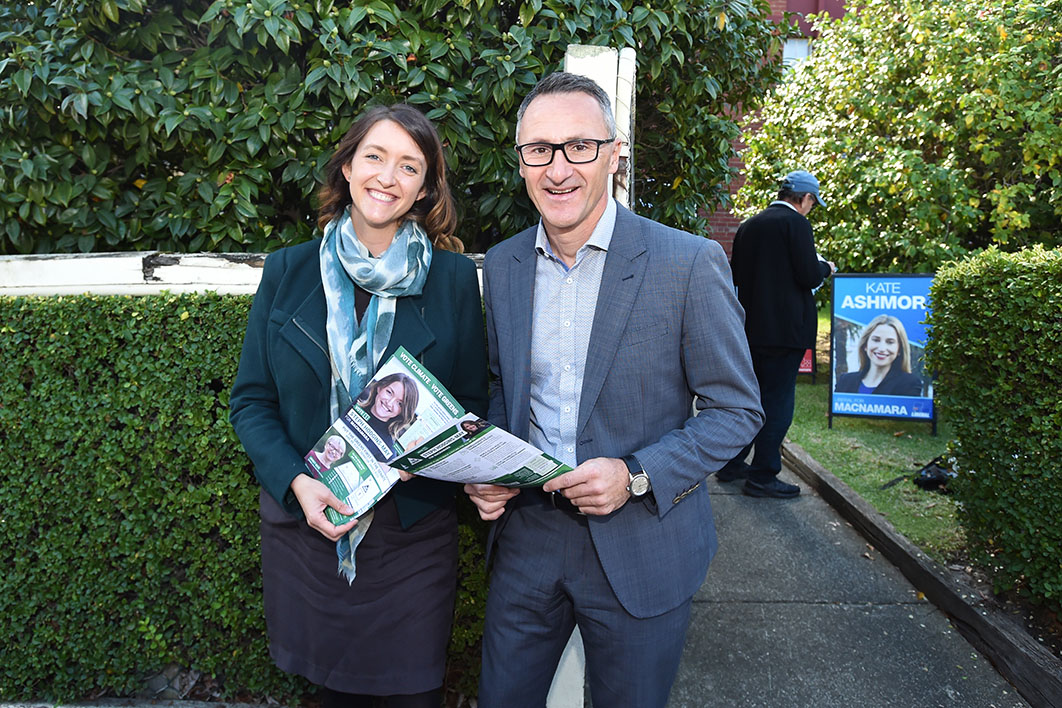