Time for a referendum roadmap

Constitutional reform has stalled, writes Paul Kildea. But that provides the opportunity to rethink how we go about achieving change 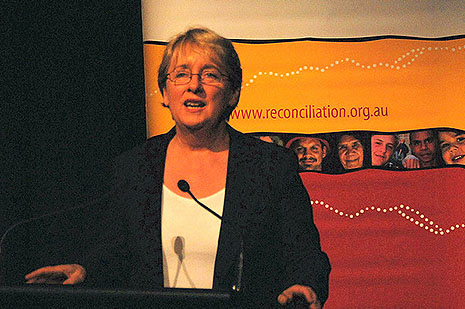 THE proposals for constitutional recognition of Indigenous peoples and of local government – while very different – share a common problem. Two years after the Gillard government committed itself to putting these issues to a referendum, the public remains largely disengaged or even unaware that these reforms are being discussed. While the government has moved recently to regain lost momentum, its plans for public engagement are vague and fall well short of providing a clear roadmap for change.

In September the government announced it was postponing for two years the referendum on the constitutional recognition of Aboriginal and Torres Strait Islander peoples, originally slated for this parliamentary term. This announcement was not wholly unexpected and was broadly welcomed by Indigenous leaders. Meanwhile, the government remains committed to a referendum on local government recognition before the next election, but a recent decision to appoint a joint select parliamentary committee on the matter has raised speculation that it may be looking to push back the timing of this poll as well.

In many ways the stalling of the push for constitutional reform is welcome, giving us more time to refine options and build consensus around change. In putting off the vote on Indigenous recognition the Indigenous affairs minister, Jenny Macklin, cited a lack of community awareness and support; in March, the public’s general indifference had been driven home by a poll showing that just 39 per cent of Australians were aware of the proposed referendum. It seems unlikely that awareness levels are any higher on local government reform, which has maintained an especially low profile despite the good work of two expert panels, which ran stakeholder and community consultations on both issues in 2011 and reported to the government last summer.

In July, attorney-general Nicola Roxon seemed to place the blame at the feet of the community sector, saying that it had failed to engage and lead on either issue. But as others have noted, the government itself has done little to drum up interest and support. Roxon’s July speech was her first on the topic, and other ministers have been similarly reticent. And valuable time was lost when Canberra took more than eight months to announce the steps it would take in response to the expert panel reports.

Whatever the reason for public disengagement, it is clear that more needs to be done to prepare the public for referendum campaigns on the issues. Of course, a great deal of awareness-raising and public education will take place during the campaign itself. But when complex constitutional changes are proposed it is a mistake to leave these things entirely to the last, intense weeks before a vote. The public needs time to get comfortable with an issue – to learn about it, reflect on it and discuss it with friends – and to feel as if they have had a chance to give their input to the process. All of this adds up to a sense of popular ownership.

In recent weeks the government has announced initiatives to give some momentum to both reform issues, but by themselves they feel piecemeal and fall short of a clear strategy. On Indigenous recognition, Jenny Macklin has said that she will introduce into parliament before the end of 2012 an “Act of Recognition acknowledging the unique and special place of our first peoples.” An exposure draft of the Bill was circulated last week; it notes that the parliament is committed to constitutional recognition of Indigenous peoples and includes a statement of recognition that is expressed in language very similar to that suggested by the expert panel. The Bill is silent on other expert panel recommendations, including the repeal of the races power and the insertion of a prohibition on racial discrimination.

While an Act of Recognition in these terms would be welcome as a statement of the parliament’s commitment to pursuing Indigenous constitutional recognition into the next parliamentary term, it is ultimately a symbolic act that will achieve nothing in concrete terms. It is also unclear how the passage of this piece of legislation will build campaign momentum or raise public awareness of the issue – it might just as easily sink without a trace after a day’s news coverage.

A better approach would be for the parliament to use the Act of Recognition to map out a series of specific process goals. These goals should reflect clear thinking on how, over the course of the next two to three years, we can prepare the groundwork for a referendum proposal capable of attracting wide support. Ideally this roadmap would include commitments on the timing of the referendum and the mechanisms that will be used to engage the public and settle on final reform proposals. It may be appropriate for these commitments to be developed by the new joint select parliamentary committee on Indigenous recognition, which the government agreed to last week following a proposal by the opposition.

While a range of mechanisms might be adopted to make progress on Indigenous constitutional recognition, one of them should be a popularly elected constitutional convention or a citizens’ assembly. As the 1998 convention on the republic showed, such events are effective in raising the profile of an issue, generating awareness and improving public understanding. These forums are also well-suited to refining options and building consensus where there are multiple, complex proposals under consideration. And on an issue like Indigenous constitutional recognition, which encompasses difficult and emotional questions around racial discrimination, reconciliation and cultural identity, conventions and assemblies provide an impetus for national discussion and reflection that might not otherwise occur.

Such forums are becoming increasingly popular around the world – Iceland recently held a national assembly to help develop a new constitution, and Ireland is about to conduct a convention (with two-thirds of its membership randomly selected) to consider a suite of reforms including shortening the president’s term in office and reducing the voting age to seventeen. Closer to home, there is a good chance that the Northern Territory will hold a popularly elected convention on statehood in the near future.

A convention or assembly is also ideal in that it can be run in conjunction with other complementary activities. One option would be to have two sittings, and to use them to conduct further, targeted consultations with Indigenous communities to build on the work done by the expert panel. Deliberative forums could be held in local communities, as they were in 1997–98, and their recommendations fed into convention deliberations. The proceedings of a convention or assembly would also complement the excellent work that You Me Unity is currently doing, including through a small grants program that involves local communities in building awareness and support on Indigenous constitutional recognition.

On local government recognition, Labor has said that the new joint select parliamentary committee will inquire into and report on “financial recognition” by February 2013. This reform option, recommended by a majority of the expert panel, would involve amending the constitution to acknowledge the Commonwealth’s capacity to give funding directly to local government rather than having to channel it through the states. The joint committee has also been asked to assess the likelihood of success for a referendum on this topic.

The purpose of this initiative is not entirely clear, given that the expert panel reported on these very issues in December 2011 and presumably the joint committee will consult the very same stakeholders and experts. Perhaps the committee’s work will feed into discussions between the Commonwealth and the states, many of which are hostile to reform in this area. In any event, it is not apparent how it will help to generate the popular engagement that the issue is currently lacking.

The committee could nonetheless help to address this challenge by giving priority to developing concrete strategies for raising public awareness and understanding. This will not be an easy task – unlike Indigenous recognition, questions about the funding of local government are highly technical and unlikely to generate broad interest. A constitutional convention or similar event may not be appropriate. Moreover, if the committee is of the view that the referendum should be held in 2013 then the timeframe for public engagement will be short.

Nonetheless, there is room for creative thinking. The committee is in a position to draw on expertise not only from constitutional lawyers and local councillors but also from educators and specialists in public engagement. It may be that the federal government could assist the Australian Local Government Association and local councils in promoting awareness and encouraging input on the issue at a local level.

There is a lot that still needs to be done to prepare for referendums on Indigenous recognition and local government recognition. Finding common ground across the party and federal–state divides will be a high priority, and essential to referendum success. But building a popular process that values public awareness and understanding, and input into the issues, is also critical to laying the foundation for a future poll. History tells us that this cannot be rushed. We must take full advantage of the time available and map out a strategy for countering disengagement and developing reform proposals capable of genuine popular acceptance. •

If it’s true that a country gets the politicians it deserves, then Australia is in a bad way, writes Norman Abjorensen 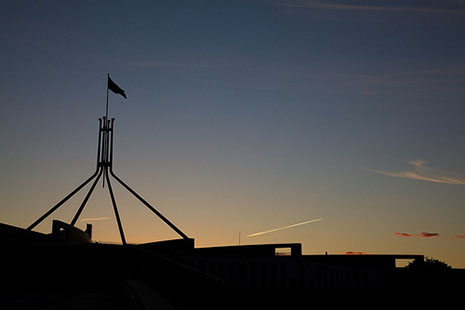