Time for the PM to seize the day?

Party hardheads know that a change of leader would be a disaster. That leaves only one alternative 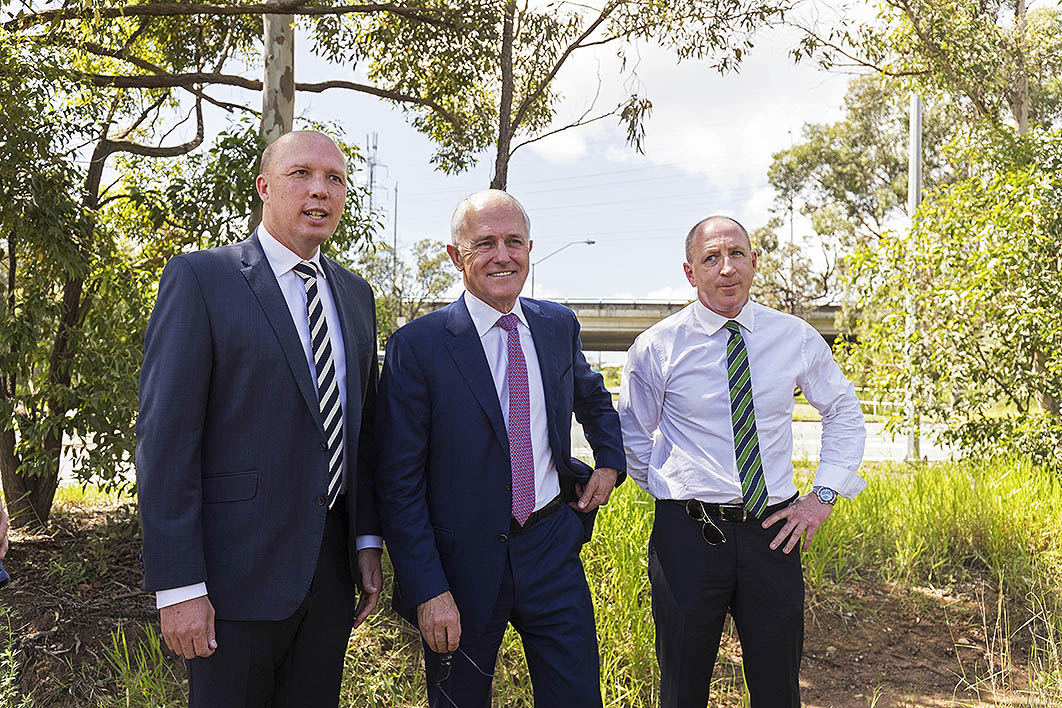 Of the many ways to commit political suicide, fashioning a noose, placing it around your own neck and inviting your enemies to seize the other end is somewhat novel in the annals of political exits — but that’s just what Malcolm Turnbull has done.

The foolish justification offered for his entirely defensible challenge to Tony Abbott in 2015 — that Abbott had lost thirty consecutive Newspolls — was the noose he fashioned, and with that number on the immediate horizon as a metric of his own performance, and with no prospect of a turnaround, he has created the potential instrument of his own destruction. The thirtieth poll will no doubt be seized on with undisguised glee by his many enemies — not least the man he deposed, who has fumed, sulked and plotted in the two and a half years since.

There is, of course, the possibility that the poll will serve as a catalyst for a nervous and fractious party transfixed by the prospect of defeat — but, in reality, the milestone is nothing more than a chimera (albeit one of Turnbull’s own making) rather than any substantive change in political circumstances.

And so the speculation continues to swirl around Turnbull’s leadership, with at least one prominent commentator predicting his demise before the next election. But history provides countless examples of premature political obituaries, with even the leadership of the redoubtable Robert Menzies, Liberal prime minister 1949 to 1966, the subject of audible grumbling in the early 1950s. It was nothing more than grumbling, mostly from his long-time Sydney enemies, and with a lack of any clear alternative, Menzies sailed blithely on.

Turnbull, it must be said, is not Menzies; but, more importantly, he is not Tony Abbott, and the fanciful construct of the looming Newspoll needs to be seen in this perspective.

For a start, while the government continues to trail Labor, Turnbull’s own standing as preferred prime minister against Bill Shorten has been relatively constant, showing a 44–31 differential in mid 2017, although dipping in March 2018 to 39–36. Tony Abbott, on the other hand, was almost level-pegged in the long months leading up to his fall in 2015.

Important differences are reflected in these comparisons. In terms of public perception, Abbott had become a figure of fun in a way that Turnbull has not; and Abbott was increasingly seen as lacking gravitas, from the stumbling, inarticulate words on the nightly news to the projection of his own fantasies, including the ridiculous knighthood awarded to Prince Philip.

In terms of his own party, a major factor in Abbott’s downfall was the dysfunctionality of his office and the authority vested in his abrasive chief of staff, Peta Credlin. In sharp contrast, Turnbull’s office is a model of professionalism, and its people are respected and seen as consultative. Importantly, they keep out of the news.

So, is Malcolm Turnbull safe?

The diehard conservatives in the party have never forgiven him for taking the job from Abbott, and are still awaiting their revenge, which would ideally involve one of their own taking the leadership. Abbott is unlikely to be resurrected, whatever his ambitions, but Peter Dutton has emerged as the leader of the conservatives.

Dutton’s power is reflected in the extraordinary latitude he is given in speaking out. It was Dutton who forced Turnbull and the government to accept a postal vote on marriage equality and it was Dutton who floated the idea of bringing in “persecuted” white farmers from South Africa.

The Coalition’s conservative “base” loves it, but many Liberal colleagues are dismayed. “Dutton should just shut up, and stop playing to his Queensland home crowd,” one MP told me. “He is an embarrassment to the rest of the country. These are not widely held views, not in the party and not out there, either.”

Should the Coalition lose the next election, as the polls suggest, Dutton is well placed to take over the leadership. But he is highly unlikely to mount a challenge to Turnbull. These two have a long history: as I have written before, Dutton places a high priority on loyalty and has never forgotten how Turnbull, in his first incarnation as party leader, put his authority on the line by supporting Dutton in a bitter preselection battle in Queensland.

The only other potential alternative is Julie Bishop, who last year surpassed Harold Holt as the Liberal Party’s second longest-serving deputy leader. One scenario being bandied about sees some sort of handover in the coming months as the prospect of electoral defeat looms ever larger.

Just how this might happen is not at all clear. One view is that Bishop might be supported by the right wing to punish Turnbull, and be approached to challenge him, but she is unlikely to agree, having supported Turnbull, with whom she shares a broad political outlook. On top of that, elements of the right still harbour resentment towards Bishop for her role in displacing Abbott and it is hard to see this dissipating.

Another factor at play here is the question of the post-election leadership. The realists in the Coalition ranks must be starting to see the nigh impossibility of turning the polls around, either by leadership panic or bold policy innovation. The latter seems entirely out of the question given the ideological stalemate within Coalition ranks, and the emergence of the pro-coal Monash Forum is just the latest example to try to stymie any more moves towards renewable energy.

Malcolm Turnbull would not remain as leader after an election loss, but were he to be replaced by Bishop before the election, she might well seek to stay on, which would not be welcomed by the right and the Dutton supporters, nor by aspirants for future leadership such as Josh Frydenberg.

Could Malcolm Turnbull, perhaps, seize the initiative himself and seek to extinguish the speculation once and for all? One way of doing this would be to resign, which simply isn’t in the Turnbull DNA. That leaves only one option: calling a leadership spill and seeking to reaffirm his leadership. Audacious, yes; risky, very.

But what a way to sweep away distraction and focus on the election. It would be bloody, bold and resolute to be sure, but it might — just might — refurbish an image that is increasingly mired in disappointment and unfulfilled expectations.

A man with a tightening noose around his neck has precious little to lose by seeking to live and breathe another day. ●