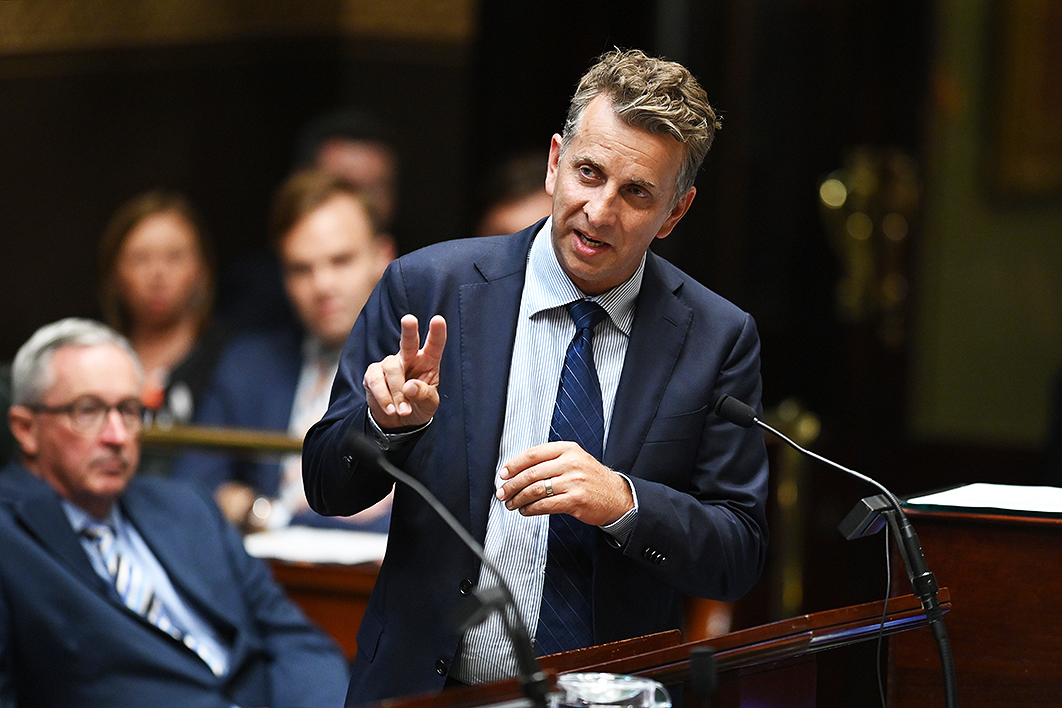 As the protracted bushfire crisis gives way to storms and floods, the damage bill mounts in towns and communities around the country. And after the furore over the federal government’s failure to prepare for the firefighting emergency, another kind of failure is becoming evident. There are no coordinated strategies for recovery.

On a special edition of Radio National Breakfast from Bateman’s Bay on 30 January, Bega MP Andrew Constance gave an emotional account of the plight of those around him. The inadequacy of responses tied to bureaucratic procedures, he said, reflected an underlying failure to grasp the urgency and scale of human need. “Middle-tier bureaucracy doesn’t get it. The charities don’t get it. This is not business as usual. We’ve got to think differently and outside the square.”

Just how differently? The loss of so many homes and livelihoods this summer confronts us with the urgent challenge of reasserting the fundamental economic rights of citizens.

For three decades we have inhabited an economy that invests in the corporate sector, allowing the major players to recycle profits into greater profits while drawing on our natural resources and taking advantage of our infrastructure at knockdown tax rates. Now the consequences are confronting us. It’s no longer a matter of “which side of politics” we support; it’s a stark question of whether we can survive without a fundamental transformation in our political economy.

If we are indeed in the business of thinking differently, consider how a basic income scheme could transform the situation of people and businesses in bushfire-ravaged communities. Basic income is an idea that has yet to gain traction in Australia: the Pressenza press agency’s major documentary on the topic, released in September, featured exponents from a dozen countries around the globe, none of whom were Australians. Have we become so embroiled in political wrangles about minor changes to our tax system that we are incapable of entertaining any genuinely transformative economic idea?

The unfolding events of recent months should force us to break the deadlock. We need to find a real alternative to the absurdity — and cruelty — of expecting people who have lost their houses to fill in application forms for very modest one-off grants, or offering them loans that will only add to the financial anxieties they face in the longer term.

Think how different the situation would be if a basic income scheme provided every adult citizen with $1000 a month. No loans or repayments involved, no application process, no fraught determinations of eligibility, no delays — a guaranteed, ongoing payment, regardless of circumstance.

The sum might seem inadequate — at $1000 a month it would be less than Newstart — but its aggregate effect would be significant. Individual recipients would gain immeasurable psychological and social benefit from the knowledge that it was also there for family members, neighbours, and those trying to keep essential businesses and services going in their area. In small towns such as Rappville, Mogo or Mallacoota, the entire local economy would be underpinned.

Of course, basic income is not a replacement for the major infrastructure costs of rebuilding civic amenities, nor is it meaningful compensation for those who have lost homes, or for capital losses suffered by farmers and other businesses. Such needs should be addressed separately. But where commercial and civic premises need to be rebuilt, it is vital to have some confidence that they will be able to thrive again. A guaranteed income across the local population would enhance the value of major reinvestments by fuelling an increase in commercial activity.

In this way, basic income could enhance community bonds and regional cultures. The most hopeful aspect of the crisis response so far has been how people have come together to help each other. Frustration at the failure of governments and charities to respond to the needs of those in bushfire areas is countered by stories of mutual generosity and collaborative survival strategies. As Constance testified, “I’ve seen the most beautiful outcomes in terms of people working together, regardless of backgrounds… Unity in survival, unity in recovery.”

This should be the optimal social environment for basic income, which is associated with the ancient principle of the commons as a “first estate,” a form of land rights as birthright. Through the idea of the “common wealth” of shared natural resources, the commons principle asserted an entitlement to subsistence. Providing a monetary allocation is a reinterpretation for a post-industrial society. A basic income would serve as a substitute for the entitlement to land use, keeping the principle of sharing work and responsibility to make the communal economy function.

A basic income is not a “handout” that would discourage people from working, as some critics claim. An aversion to receiving handouts runs deep in Australian culture, especially in the bush, and even those most drastically affected by the fires may feel conflicted about receiving government assistance. A payment of $1000 a month is about half what most adults need to afford food, rent and other essentials. It should be seen not as a substitute for paid work but rather as a subsidy for work that does not pay for itself through the generation of commercial profit.

Building on the socioeconomic infrastructure created by a basic income scheme would enable human work to move away from the profit-driven corporate sector towards community and environmental forms of service. In the aftermath of this summer of disaster, those forms of service are of the utmost importance and urgency.

Nor, in comparison with other recovery schemes, would it be a costly exercise. With funds pouring in from the Firefight Australia concert and other major donation schemes, surely this is one of the fairest and most effective ways to invest in social and economic restoration? It would save expenditure on clumsy administrative schemes for compensation on a case-by-case basis. To the plus side of the equation we should add increased economic activity and employment. In human terms, the reduction in stress and consequent improvement in mental health would have immeasurable benefit.

Introducing a basic income across the whole Australian population would be a complex matter involving comprehensive changes to the national economy. A restricted approach, concentrated in areas worst affected by the fires, would test how well such a plan might work more broadly. Comparative studies in several such locations would provide valuable insights into where and how basic income provides benefits, and what kinds of problems arise. If it proves more successful in some communities than in others, there is an opportunity for focused identification of the factors involved.

Basic income is a big idea, calling for an enlargement of public imagination. While it is embedded in principles with a deep cultural history, it is a fundamentally transformative economic proposition whose time may have come as we enter the crisis-ridden third decade of the twenty-first century.

Australia has not so far played a major role in international debate on its implementation, but that is set to change. The 20th Basic Income Earth Network Congress is to be held in Brisbane on 28–30 September, jointly hosted by Basic Income Guarantee Australia, the School of Social Science and the Faculty of Humanities and Social Sciences at the University of Queensland, and the School of Public Health and Social Work at Queensland University of Technology. •