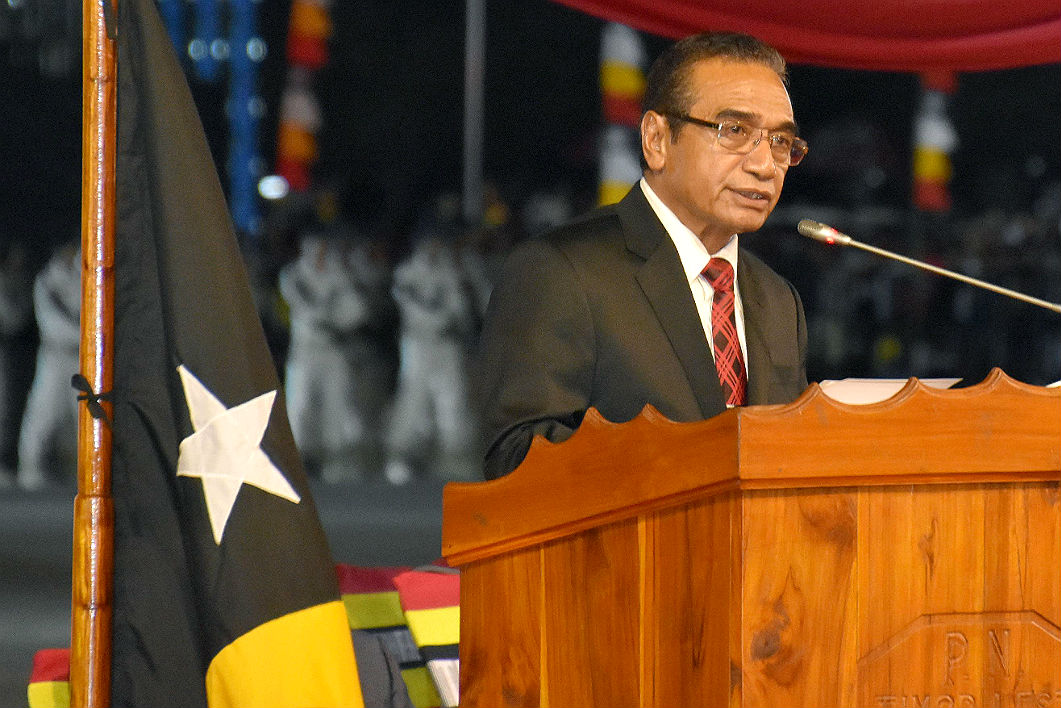 Nearly six months after an election that left Timorese politics in a state of protracted uncertainty, the manoeuvrings in the young nation’s parliament seem likely to reach their endpoint next week. Last month the Fretilin-led minority government failed to pass a budget rectification measure needed to fund new ministries and programs. The rejection doesn’t itself threaten the government, but the opposition Parliamentary Majority Alliance, or AMP, has also tabled a motion of no-confidence that could be heard as early as 8 January, when parliament resumes. If it’s passed, the government will fall.

The political stand-off emerged on 19 October when three opposition parties — the CNRT, the PLP and KHUNTO, together controlling thirty-five of parliament’s sixty-five seats — rejected the government’s program. Fretilin had narrowly won the most seats, twenty-three to the CNRT’s twenty-two, in the parliamentary elections last July. While a Fretilin-led coalition with smaller parties seemed likely after the CNRT resolved to sit on the opposition benches, Fretilin’s negotiations with the PLP (eight seats) and KHUNTO (five) eventually faltered, though not before a short-lived alliance with the Democratic Party (seven seats) and KHUNTO saw Fretilin’s Aniceto Guterres elected president (or speaker) of parliament.

Ultimately, Fretilin formed a thirty-seat minority coalition with the Democratic Party, or PD. On 16 September, with no alternative majority coalition being proposed, president Francisco “Lú-Olo” Guterres, also from Fretilin, appointed the first minority government in Timor-Leste’s short constitutional history. The executive was bolstered by some well-regarded independents, including José Ramos-Horta, and a scattering of ministers affiliated with other parties.

The AMP didn’t announce its opposition alliance until four weeks later. But it soon demonstrated its control of parliament by rejecting the government’s program, and it has firmed up further since then. The AMP hasn’t questioned the constitutionality of the president’s actions, but it has referred to them as “imprudent,” pointing to the political unsustainability of the minority government and offering the AMP as an alternative if the government falls. The lack of parliamentary support for the government’s program is now the central political fact of the stand-off. The AMP parties are likely to establish a formal coalition if an early election is called, and it will clearly be a formidable force.

Relatively little of substance has changed since October, apart from the thwarting of the government’s budget rectification bill and a decision by the parliamentary president to delay opposition motions that would threaten the government and refer a motion for his own removal to the courts. Parliament also failed to hold certain plenary sessions in December, in apparent breach of its own regulations. These tactics seemed designed to delay the second rejection of the government program until a time closer to 22 January, the earliest day on which the president can dissolve parliament and call early elections.

The stand-off has also revealed some grey constitutional areas. It’s unclear, for instance, how long a government can delay re-presenting its program, though some commentators argue that the thirty-day limit for the first presentation is implied for the second. For its part, the opposition has boycotted sittings of the parliamentary committee on budget and finances, effectively preventing its operation, on the basis that a government that is not fully invested by parliament can’t pass such measures. Inflammatory rhetoric has also increased, with prime minister Mari Alkatiri claiming that the rejection of the government program represented an attempted golpe, or coup, and the opposition calling for the prime minister to step down. These developments highlight the apparent return of “belligerent democracy” after the informal power-sharing government of CNRT and Fretilin from 2015 to 2017.

To an extent, the current stand-off is a clash of emerging conventions in Timor-Leste’s democracy. Similar political systems tend to have a default presumption that the most-voted party will lead a coalition government. In Portugal, for example, that convention stayed in place for thirty-nine years after the restoration of democracy in 1976.

This view — which Fretilin has articulated consistently, in victory and defeat, at previous elections — remains central to the government’s case, though certain caveats ought to be noted. First, while minority governments are perfectly constitutional, majority support in parliament is still required to pass the program. Indeed, Portugal’s thirty-nine-year run ended in 2015 in similar circumstances. Second, the convention might best be seen as first right to attempt to form government, which Fretilin was given last year. Most importantly, though, Timor-Leste is entitled to develop its own political conventions, which are likely to emerge, within the bounds of the constitution, through presidential practice. It could be argued that this occurred when the CNRT-led coalition was installed in 2007, suggesting a new path for the convention, though it is also true that a majority alliance was evident far earlier when president Ramos-Horta was in the process of forming government in 2007.

Throughout this period, Fretilin has pointed to its parliamentary support for the budgets put forward by the CNRT-led government in 2013 and 2014, and its cooperation with the 2015–17 government, which relied on informal power-sharing. It also argues that its program should be held accountable by parliament, rather than simply rejected. Critics have countered that the 2015–17 CNRT-led government saw a younger Fretilin figure, Rui de Araújo, installed as PM — a vital concession to securing cross-party unity. While talk of “deals” around generational handover overstates the formality of the 2015–17 arrangements, and it is normal for the leader of the most-voted party to assume the PM’s role, post-election negotiations may have proceeded more smoothly if Mari Alkatiri had replicated Xanana Gusmão’s move to a position of backroom power. The generational debate is largely one of form rather than content, as both men will remain powerful figures in any resolution.

Gusmão’s lengthy absence from Timor-Leste, now referred to jokingly by Fretilin as a peregrinação, or pilgrimage, was largely necessitated by the intense maritime boundary negotiations with Australia and commercial joint-venture partners. But while his decision not to return during various breaks in the talks is portrayed by supporters as “leaving it to a younger generation,” it has tended to highlight how central he remains to any political resolution.

Some see a personality contest between Alkatiri and Gusmão, but many East Timorese see a deeper clash between modes of governance and inclusion. While Fretilin’s attempt at forming government was unquestionably inclusive — it involved a coalition with the PD, with whom it previously had fractious relations, and included Ramos-Horta and other important independent figures — Gusmão is still seen as the superior proponent of “big tent” politics.

The current impasse has also brought to the fore lingering divisions between those ex-resistance figures who were active on the external diplomatic front during the Indonesian occupation and those who were involved in military resistance within the country. Some newspapers have used this potentially divisive theme openly in headlines. The AMP reunites the key military resistance figures of Gusmão and Ruak, who were at loggerheads earlier last year. The fact that Fretilin and the PLP’s platforms have, at face value, more in common than either have with the CNRT highlights the importance of resistance-era alignments.

Developments in the party system are also significant. The strong possibility of a formal AMP coalition if parliament is dissolved is an acknowledgement that finishing first matters, though perhaps more as a pragmatic accommodation of the current president’s view rather than as an enduring statement of principle. Another important development is the recent emergence of the National Democratic Forum, or FDN — a group of smaller parties that were unable to clear the 4 per cent hurdle in 2017 — with the stated aim of supporting the AMP. Latest reports suggest at least five parties intend to register as a coalition, including sub-threshold parties that did relatively well in 2017, such as PUDD, the UDT and Frenti-Mudança. Together, they would have a good chance of exceeding 4 per cent; if that’s the case, their alliance would make it more difficult for the major parties to increase their seat share. This would particularly disadvantage Fretilin in the event of an early election. Balancing this, Catholic Church commentary on the minority government has been relatively positive, a major shift from the 2005–07 era.

With the drama approaching its end, President Guterres will soon be called on to resolve the impasse. He has three paths. He could dissolve parliament and seek fresh elections. This is the path favoured by Fretilin, and remains the more likely, though not inevitable, outcome. (Intriguingly, this option may require positive parliamentary approval of election expenditure.) He can seek a solution within the current parliament, inviting the second-largest party to lead an AMP coalition government in a period of cohabitation with a Fretilin president. This is the path favoured by the AMP. A third way forward is a renegotiated government of national inclusion reflecting the power distribution in parliament, a possibility that faces the obvious hurdle that Mari Alkatiri would probably have to step down as PM.

Despite the political ructions, East Timorese society remains largely calm. Leaving aside the return of a more belligerent form of democracy and the accusations of an institutional coup, this political stand-off demonstrates that the checks and balances in the constitutional system are operating, with strong executive accountability to parliament. Elections in other democratic nations — and not just those with proportional voting systems — have failed to produce sustainable governments. This does not, of itself, constitute a political crisis.

The PLP has argued throughout that Fretilin’s possession of the three sovereign posts of president, prime minister and president of parliament is unreasonable given its 30 per cent vote share. While this position is a compelling one, it should also be recalled that the president received the active support of CNRT in his campaign, a final legacy of the power-sharing era of 2015–17. As with the president of parliament, therefore, current arrangements reflect a time when opposition positions were still in flux: a fact that ought to cool political tempers on both sides as the next phase approaches. ●

An Iced VoVo and a broken heart

Books | Beyond the headlines it generated, Kevin Rudd’s memoir helps explain why he lost the prime ministership

At the summit: Kevin Rudd (centre) and Wayne Swan with Queensland premier Anna Bligh in May 2008. Dave Hunt/AAP Image 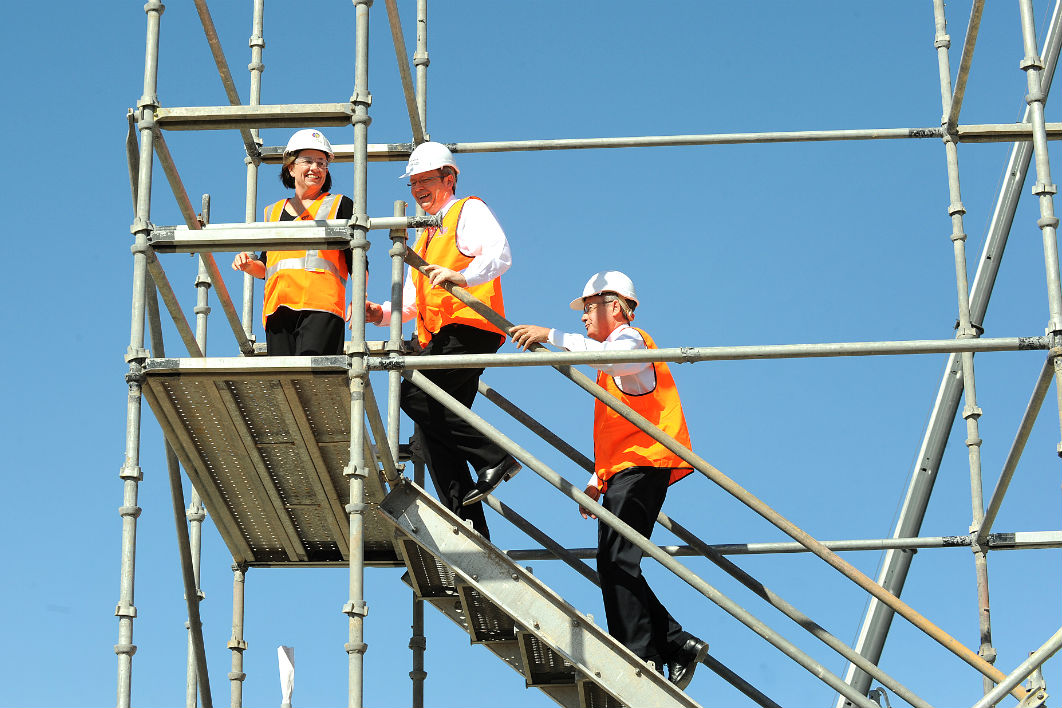 At the summit: Kevin Rudd (centre) and Wayne Swan with Queensland premier Anna Bligh in May 2008. Dave Hunt/AAP Image