As the country is hit with floods, Covid-19 takes its first casualty 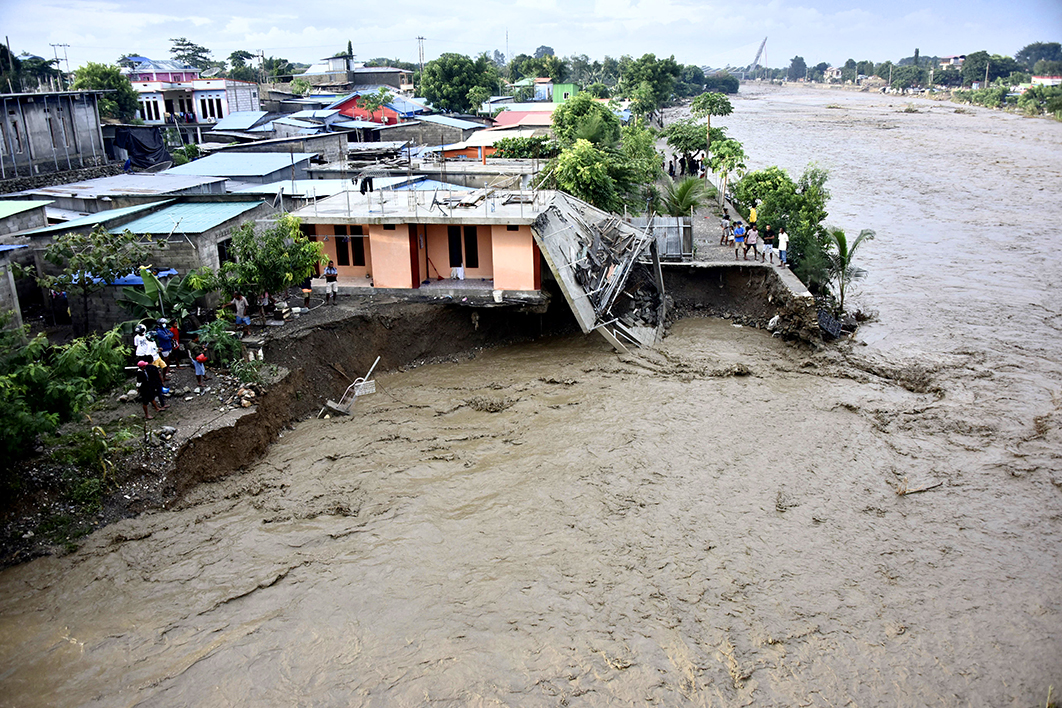 Timor-Leste’s capital Dili was struck by severe flooding over Easter, with latest reports suggesting at least thirty-four people have died. An estimated 10,000 East Timorese have been displaced or otherwise affected, including 7000 in the capital. Major roads and bridges have been damaged, and parts of the city are under two metres of water.

With power intermittent and several thousand of Dili’s residents moving to temporary refuge centres, the government has declared Dili a calamity zone. Elsewhere in the country the rain has brought landslides and damaged crops in the rural areas that produce vegetables for the capital.

Like much of coastal Timor-Leste, Dili sits on a narrow plain between steep mountains and the sea, facilitating dramatic flows when seasonal rains come. Deputy prime minister José Reis described this month’s floods as the worst Timor has experienced in forty years, though others suggest the early-1970s floods are the nearest parallel.

Worryingly, the floods have hit during Timor-Leste’s first Covid-19 lockdown, with many people already reliant on government support to mitigate the economic impact of the lockdown. Two isolation centres were evacuated over the weekend, and floods damaged the national testing centre, though it has since been restored to full function.

Aided by the country’s relative isolation, Timor-Leste’s response to the pandemic over the past fourteen months has been exemplary. An integrated crisis management centre headed by former prime minister Rui Araújo implemented a successful quarantine control strategy backed by social support programs. Reported cases during 2020 were confined to international returnees, with no community transmission.

This year has proved far more challenging. A minor outbreak in the border district of Covalima led to some of the first known cases of local transmission in March 2021, and culminated in Dili’s first lockdown. The government also imposed a “sanitary fence” between Dili and major towns, limiting travel between major population centres.

Known active Covid-19 cases currently number 472, with the largest number in Dili, where fifty-two new cases were recorded over the weekend. Timor-Leste’s first Covid-19 casualty, a forty-four-year-old woman, was recorded this morning.

The flooding has hit at the worst possible time, with the need to shelter with family and friends sidelining social distancing measures. An uptick in community transmissions is likely in the wake of the floods.

More positively, the first Covid-19 vaccines arrived in the country yesterday. The 24,000 doses of AstraZeneca were funded under the international COVAX program, set up to bring vaccines to developing nations in Southeast Asia, the Pacific and elsewhere. •

Donations can be made to Red Cross Timor-Leste or to reputable locally based efforts and organisations here, here and here.