Too dumb and too China-dependent?

Criticisms of Australia’s exports misunderstand how trade and markets work 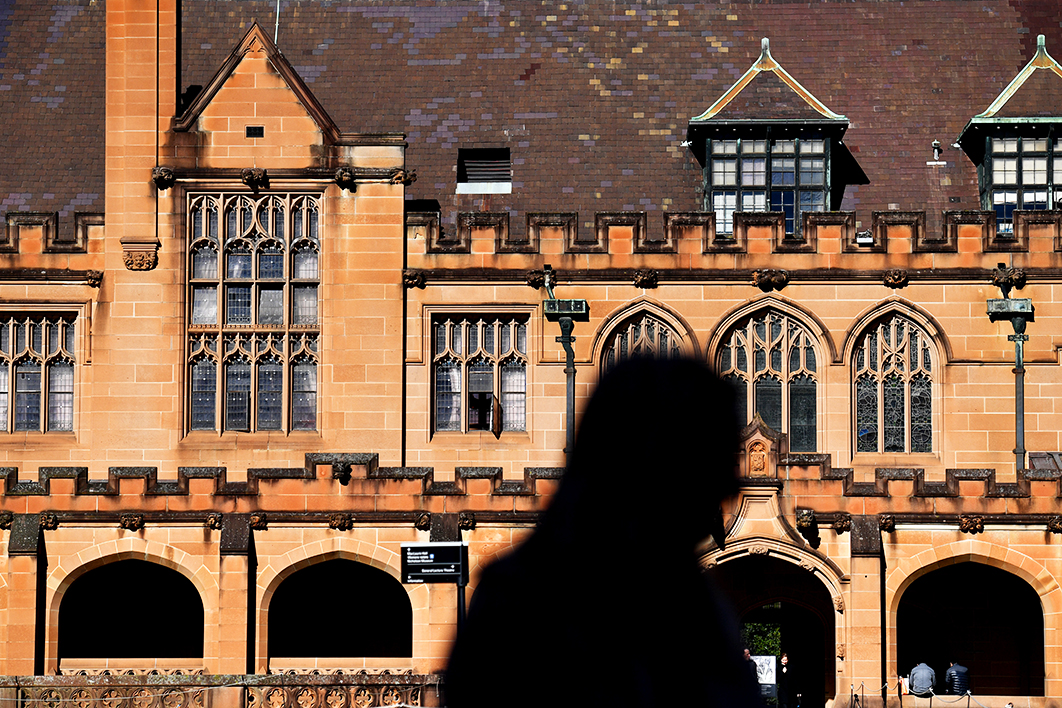 Education is the biggest service industry missing from the debate about exports. Mick Tsikas/AAP Image

Having been labelled as “dumb,” “getting dumber” and “too dependent on China,” it’s been a rough few weeks for Australia’s exports. Luckily, these criticisms are largely misguided. They misunderstand how and why markets produce certain outcomes in an open economy. The remedies proposed are solutions in search of a problem.

Take the “dumb and getting dumber” criticism first. This is based on seemingly bad news that arrived recently from the Harvard Kennedy School’s Atlas of Economic Complexity. The Atlas ranks Australia ninety-third out of 133 countries in the complexity of our exports. And we are getting worse on that measure, falling thirty-six rungs down the ladder since 1995.

Being the eighth-richest economy in the world (in per capita terms), Australia is obviously “rich and dumb” according to commentators panicked by a perceived lack of complexity and innovation in an otherwise wealthy economy.

But that misinterprets what the Atlas is saying. The Atlas measures the diversity and complexity of a country’s exports, not its economy. Coal and iron ore — Australia’s two largest exports — account for about a third of our total exports, but the entire mining sector accounts for less than one-tenth of our economy. Australia’s exports might be concentrated, but our economy is much more diverse.

And a few things are conspicuously absent from the Atlas, particularly services. Most notably, it doesn’t include my industry — education — which also happens to be Australia’s third-largest export, and a complex one at that (you can’t dig academics out of the ground, after all).

But the most substantial problem with the “dumb and getting dumber” criticism is that it misunderstands how trade and markets work in shaping a country’s trade profile. This is a misunderstanding that fuels another common criticism of Australia’s exports: that they are too dependent on China.

It’s true that Australia exports a lot to China. About 38 per cent of our exports go there, far more than to their second-largest destination, Japan, on around 16 per cent. At roughly $12 billion a month, or $144 billion a year, exports to China contribute 8 per cent of Australia’s GDP.

Is this a problem? Some fear that these benefits could be at risk if China were to weaponise its trade with Australia as part of a geopolitical dispute, or if the Chinese economy were to suffer a crisis. Luckily, neither is a realistic threat.

Others warn that an impending financial or economic crisis in China puts Australian trade at risk. But historically the opposite has been true. Economic shocks in China have often brought increased demand for our exports as Chinese authorities seek to stimulate their economy. And the argument that a big financial or economic crisis is imminent in China, while perhaps convincing when it was first made over forty years ago, has not aged well. China is more than capable of managing shocks, much more so than many other economies. In fact, most analyses suggest that Chinese authorities have too much control over their economy, not too little.

At its root, the concern that Australia’s exports are too concentrated — both in what we sell and who we sell it to — reflects a misunderstanding of how and why markets deliver these outcomes in an open economy.

The reason is straightforward. Trade is about specialisation. As with all countries, Australia has limited resources — limited capital, labour, energy and materials — with which we can produce things to sell to other countries. Because we are a clever country, we produce the things that we are good at making and that receive the most money on international markets. We then sell those things to the countries that will pay the most for them, and we use some of this money to import the things that we are not good at making and would earn us less money. This process of specialisation maximises the return to our country and the prosperity of our people. It is a process that is delivered by markets, not governments, and is made possible by free trade.

If someone laments the size of our exports to China or the concentration of our exports in mining and agriculture, ask them a simple question: what would you prefer we do? Most don’t have an answer, and those who do usually propose something that means a less prosperous Australia.

Some argue we should cut trade with China out of fear that this trade might one day be cut in a geopolitical dispute. This is a bit like becoming so worried your car might be dented in the supermarket car park that you get in first and dent it before anyone else does. It seems strange to bring forward the thing you fear.

We trade with China and not with Iceland, for example, because that’s where the money is. We could ship our coal and iron ore to Iceland, but the shipping costs would be high — and Icelanders probably don’t want all of our coal and iron ore anyway, meaning their willingness to pay would be much lower. Higher costs and lower prices doesn’t sound like a good business strategy to me.

Others believe that imports are bad and that we should produce everything ourselves, lamenting the decline of some Australian industries, particularly in manufacturing. But that would mean redirecting our scarce resources away from producing the things that we are good at making and earn the most money, and producing the things that we are bad at making and bring less money into the country. It would make us poorer and cost jobs.

None of this is to say that we couldn’t increase the diversity of our exports or our overseas markets. We should always be trying to expand both. This doesn’t mean we should trade less with China or reduce our mining or agricultural exports. It means we should be opening our economy, boosting domestic competition and encouraging more businesses. We should be pushing for global and regional trade liberalisation through a reformed World Trade Organization, reformed global trading rules and the swift implementation of the Regional Comprehensive Economic Partnership. We need more trade, not less.

So, the next time someone suggests we are too dependent on China or too dependent on mining and agriculture exports, ask them two simple questions: why is it a problem and what would you like to do about it? Their answers will almost certainly disappoint. •

The needs of strangers

Books | Most of us are cosmopolitan, but how does that mean we should behave?

Founder of a tradition: Marcus Tullius Cicero watching over the Palace of Justice in Brussels. Reinhard Tiburzy/Alamy 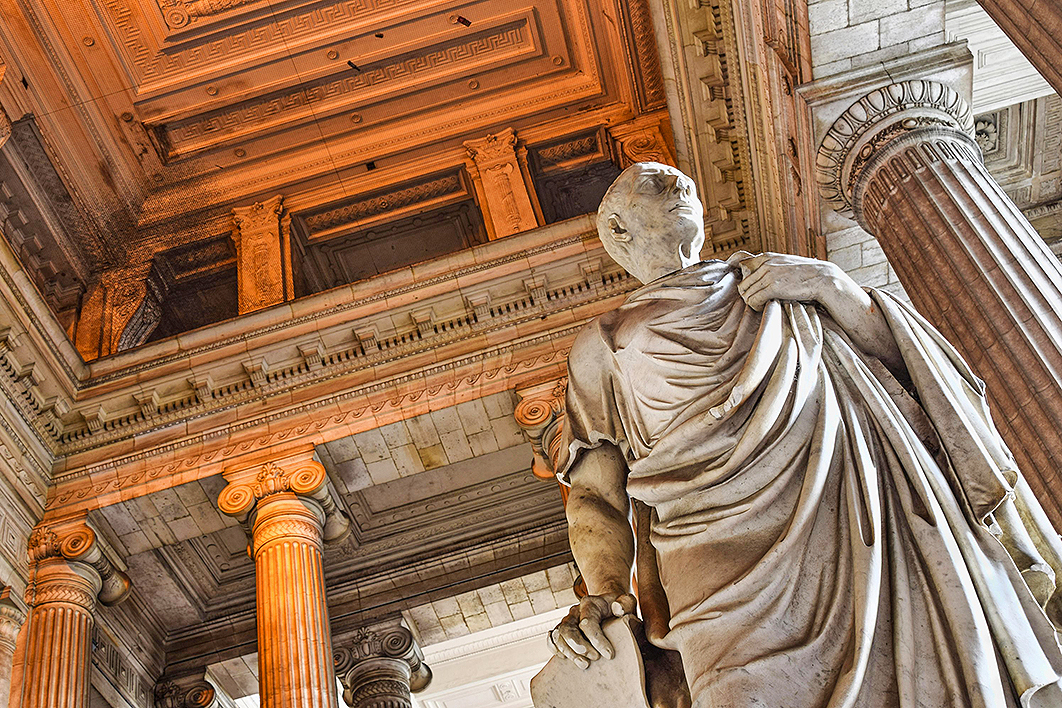 Founder of a tradition: Marcus Tullius Cicero watching over the Palace of Justice in Brussels. Reinhard Tiburzy/Alamy