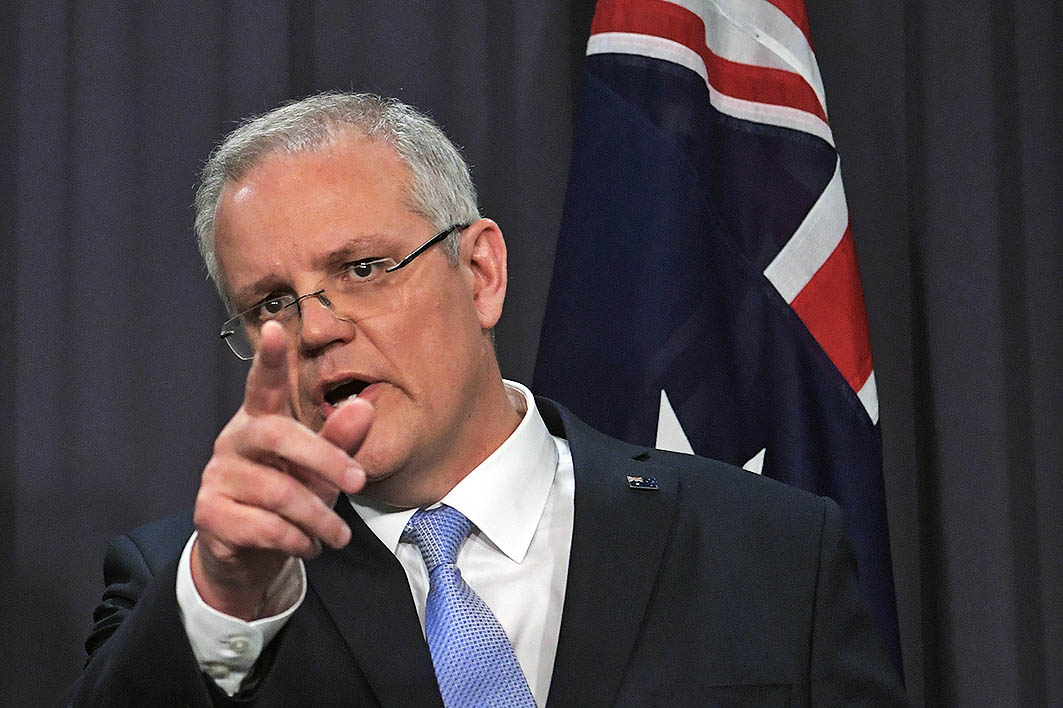 In electing Scott Morrison, it has chosen the second option. In a party as deeply divided as this one, no one could be a consensus candidate, but Morrison was the closest to it. By a narrow majority of five votes, the party has voted for unity over insurgency.

It is also a vote for continuity. As treasurer, Morrison has been one of Turnbull’s closest colleagues, and has never given a hint of disagreement with the direction his leader was taking. That arm he put around Turnbull’s shoulder at their press conference on Wednesday was not some false mateship hammed up for the cameras. His policies, as far as we know, will be Turnbullism without Turnbull.

A significant footnote: by a majority on the first ballot, the party also elected Josh Frydenberg as deputy leader. He too was the consensus candidate. In effect, the party anointed him as the outstanding candidate to lead it into the future, should it lose the coming election.

To many, it is bizarre that we ended up here. How many of the forty-five MPs and senators who voted for Morrison really believe he will make a better leader than Malcolm Turnbull? This week the best of the nation’s political commentators conveyed a clear undercurrent that the Liberals’ best option as leader was the one they were discarding.

Time will tell. But it is hard to believe that the electorate’s antagonism to Turnbull was so strong that it outweighs our dislike of these leadership coups. There is no evidence that Morrison has won significant support of his own in the electorate. This is likely to be a step backwards.

Let’s just revisit the findings of a recent Essential Research poll on whom the voters — including Liberal voters — wanted to lead the Liberal Party:

It is very clear whom Liberal voters wanted as their leader: Malcolm Turnbull. Just one in four wanted to switch to Tony Abbott or Peter Dutton. Those who justified this insurgency as being demanded by the Liberal base were either deluded or trying to delude us.

The most likely election-winner in the field after Malcolm Turnbull had been vetoed was Julie Bishop. In every poll I’ve seen in recent times, she has been the voters’ first choice as Liberal leader after Turnbull. An archetype of the modern career woman, a well-regarded foreign minister, articulate and a political moderate on most issues, she was the candidate most likely to take votes off Labor. She was the one in this field they would have feared most.

Yet she came last in the leadership ballot. The Liberals are a blokes’ party: they have sixty-five men in parliament and only twenty women. Moreover, Team Abbott (or Team Sky) has never forgiven Bishop for abandoning Abbott for Turnbull in the previous leadership coup — conveniently ignoring the fact that Abbott had already offered her position as deputy leader to Morrison. Of the three candidates, she was the one most clearly on the left of the party. In the minds of those seeking party unity at all costs, that probably counted against her, and her electoral appeal was ignored.

Dutton was the candidate of the right-wing insurgency, and of Queensland. If you believe (with one correction) the Fairfax papers’ list of who voted for him in Tuesday’s ballot, he won two-thirds of the votes of Queensland MPs and senators while Turnbull won almost two-thirds of the votes of those representing the rest of Australia. The Liberals’ poor result in the Longman by-election — where they won less than 30 per cent of the vote and suffered a 3.7 per cent swing to Labor in a seat that some polls predicted they would win — scared Queensland MPs, who somehow convinced themselves that their problem was One Nation, not Labor.

But Dutton’s support did not carry outside Queensland, and nor did it carry to those outside the party room’s majority of white Anglo males. Female Liberal MPs and senators voted three to one for Turnbull in Tuesday’s ballot. Virtually anyone from an ethnic minority (except Italian-Australians) did the same. This reflects Dutton’s lack of support among women and ethnic minorities in the electorate, rising to an intense dislike among some for a series of insensitive actions and remarks he has made about refugees, Aboriginals, and African migrants.

The Liberals would have faced huge problems at the election had he won, and the antipathy he has aroused even among some of his colleagues probably meant that he would have to go to an election almost immediately.

Given his electoral unpopularity, it puzzles me that he won forty votes in today’s ballot. Almost half the party room voted for the most unelectable candidate on offer. Either he has strengths that are not apparent to most of us, or almost half our Liberal representatives are focused on their own career paths, vengeance, or who controls the party, rather than on retaining government.

Scott Morrison came fifth out of five in that Essential Research poll, yet now he is number one in the real world. What sort of leader will he make? Will he be, as some expect, Turnbull Lite, making more concessions to the right without changing the overall policy direction? Or will he attempt to heal the division in the party, by making another ideological jump like the one he made under Abbott, when he went from being on the left of the party to being the hardliner who stopped the boats?

Or will his priority be to tackle Labor by standing up to the right where Turnbull folded to them, and setting out to capture the political middle ground that Team Abbott seems to want the government to abandon?

Time will tell. I have just one observation.

In my view, Morrison is generally not a bad decision-maker — judged by those decisions that are clearly his — but he is a poor communicator. And unless he can transform his approach into trying to persuade people rather than harangue them, that could cost the Liberal Party dearly between now and the election.

Morrison on his way up struck me as a sensible, intelligent man with a quick mind. Setting aside the party’s obsession with company tax cuts — there is good investigative work to be done on what drove them to such an unsaleable policy — he has mostly made good decisions as treasurer, as he did earlier in social security. He has appointed good people to key jobs, made sensible decisions on foreign investment issues, and (again, leaving aside the company tax cuts, and the regressivity of the recent income tax cuts) his budgets were not too bad.

But the Morrison you see on TV is different. He reminds me of one of those yappy dogs, straining at the leash to attack. He rarely engages with the questions he is asked, spurting out his lines, always party political, at great speed. He seems to be ticking the boxes for his conservative base rather than trying to win over undecided voters. Even Turnbull succumbed to that somewhat by the end, but he is a far better communicator than Morrison.

Whether or not Morrison has another ideological makeover at this point, he dearly needs to undertake a makeover of how he speaks to the nation. If he stays as he is, that would suit Labor fine.

The first test of his leadership will be putting a cabinet together. Will he bring Abbott back into it? Who will he promote, and demote? Will he opt for continuity, or change — and if the latter, in which direction?

There were many losers in this leadership ballot, but none more so than Malcolm Turnbull.

Turnbull began his time as prime minister with such great expectations and so much public support, only to see it end in less than three years. He certainly made mistakes, many, yet no leader has ever been overthrown by his party for weaker reasons. On the whole, he was a steady hand on the tiller. He was unfailingly articulate, and argued the party’s case well, even if fewer people listened to him. And he had wins on some big issues for his side, getting its income tax cuts and at least part of its company tax cut through the Senate.

Turnbull yesterday described himself as “a reforming prime minister” and listed a catalogue of what he saw as his achievements: getting the same-sex marriage legislation through parliament (although it was a private member’s bill), the redress scheme for those abused as children, childcare reforms, and his infrastructure investments in cities (well, Sydney, anyway). He made a passionate parting comment in support of Australia’s “successful multicultural society,” adding: “We must never allow setting Australians against each other to be part of our culture.” He clearly meant it.

There is no time here to look back at what went right and wrong in Turnbull’s meteoric political career. He is leaving federal politics, but one suspects he is far from ready to leave public life. Watch for the next chapter in his story. ●

Tim Colebatch is a regular correspondent for Inside Story, and former economics editor and columnist for the Age.