Turning away from Indonesia 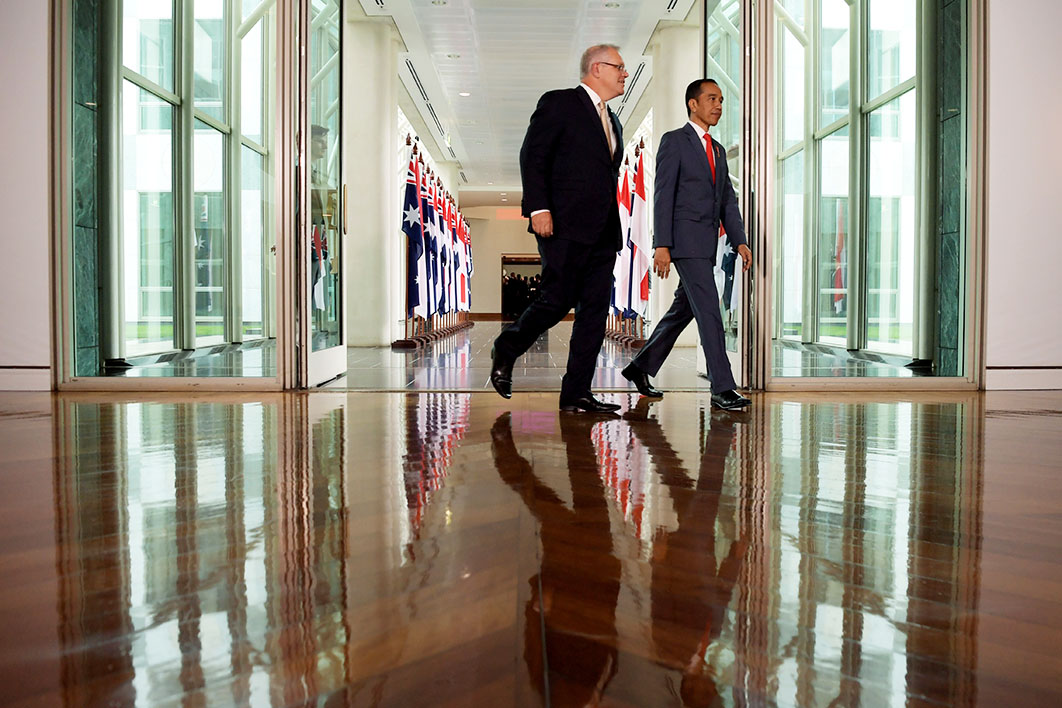 For decades, it has been an article of faith of Australian policy that our continued security and economic prosperity depend, at least partly, on building strong ties with Indonesia. Governments have crafted a string of bilateral deals on trade, investment and security — most recently, the Indonesia–Australia Comprehensive Economic Partnership Agreement, which came into force in July — and successive prime ministers have worked hard to build close personal relationships with Indonesian presidents.

As Australia’s relations with China turn sour, our ties with Indonesia, a country of 270 million surging up the ranks of the world’s largest economies, becomes ever more important.

So you might think that teaching Indonesian language would be a national priority. Doesn’t it make sense to demonstrate our respect for our biggest neighbour by learning its language? Doesn’t it stand to reason that we would train a cohort of Indonesia-literate citizens able to improve relations through careers in government, the private sector, technology, the arts and tourism?

Increasingly, alas, Australia seems to have decided the answer is no. The study of Indonesian language at Australian schools and universities is in steep decline. It may be approaching terminal crisis.

A generation ago, things were different. In the 1980s and 1990s, the Hawke and Keating governments, viewing closer ties with Asia as critical to Australia’s future, adopted a multi-pronged approach to promoting Asia literacy, including a major program to teach Asian languages in schools. The message from the top was clear: Australia’s future prosperity lay in Asia, so Australians needed to invest in Asia knowledge.

With Australian educators, parents and students responding to these cues, Indonesian teaching in schools and universities expanded dramatically. I was one beneficiary, studying Indonesian at high school in South Australia and then, in the late 1980s, at Flinders University.

Times have changed. Earlier this year, Professor David Hill published a report for the Asian Studies Association of Australia detailing a dramatic decline. He found that the number of Australian universities teaching Indonesian had dropped from twenty-two in 1994 to fourteen in 2019. Student numbers were less than half what they had been in 1992, despite massive growth in Australia’s university sector.

During the last six months the situation has worsened. The Covid-19 pandemic is having a calamitous effect on Australian higher education. Everywhere, university managers are identifying low-enrolment courses to axe. Last month, La Trobe announced plans to close the Indonesian program it has run since 1989 (and also signalled it would no longer teach Hindi, despite being one of only two Australian universities teaching that language). This month, Murdoch University in Western Australia has announced it will do the same.

Others seem set to follow suit. My alma mater, Flinders University, “paused” teaching first-year Indonesian this year (my old high school has also dropped Indonesian). At several other universities Indonesian is hanging by a thread. It’s possible that in a year or so only a handful of Australian universities will teach the language, taking us back to the early 1970s, when Australia was just emerging from the White Australia policy.

How has this happened? The crisis of Indonesian is partly a product of broader trends in education, with languages and humanities in general under increasing pressure. Recently, for example, Swinburne University announced it plans to close its language programs, including Chinese and Japanese, because it wants to emphasise STEM (science, technology, engineering and mathematics). Commercialisation has also had an impact. As successive federal governments have reduced public funding per student, universities have increasingly relied on student fee income, elevating market demands in determining what courses they offer.

Classes were small when I studied Indonesian in the 1980s; these programs survived because Indonesian was considered a priority. Now, if numbers are small, programs are cut. Cash-strapped university managers feel they don’t have the luxury of taking into account things like national interest.

This points to a second problem: the mismatch between government rhetoric and action. Successive governments have touted Australia’s relationship with Indonesia — and Asia more broadly — without committing to sufficient long-term investment in its underpinnings. There hasn’t been significant national investment in teaching Asian languages at Australian schools for more than two decades. The stream of language students being supplied to universities through the school system is drying up.

The federal government needs to resume its leadership role and reinvest in the teaching of Indonesian and other strategic languages of the Indo-Pacific. Such a step would be easy, and need not be particularly costly.

If Indonesian disappears from Australia’s education landscape, we won’t only lose an opportunity to develop the Indonesia expertise we need to navigate the Asian century. Indonesians will also notice. Over decades visiting Indonesia, I’ve often been struck by how delighted both ordinary and elite Indonesians are when they realise I learned their language in Australia. Indonesians often encounter foreigners who pick up Indonesian in country; they rarely meet any who learned it at home. Teaching Indonesian sends a signal that Australia views our massive northern neighbour as a country deserving our respect. It is a way to demonstrate that Australia is special to Indonesia, rather than being just one more country lining up to benefit from Indonesia’s growth.

Remove this sort of cultural ballast, and all we have left is an instrumental recognition that our two countries share certain interests in trade, security and the like. As our recent travails with China demonstrate, that’s not a strong foundation for a lasting relationship. •

Edward Aspinall is the president of the Asian Studies Association of Australia. He researches Indonesian politics at the Australian National University. 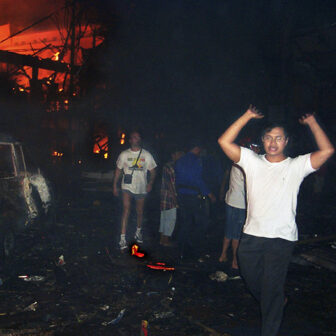 Essays & Reportage From messiah to mortal Mike Steketee 20 September 2022 Forty years ago, another Labor government embarked on its first term in office
Close