Two ticks, not so easy

THE NEW ZEALAND election is less than a week away, and I’m listening to the speeches at a “meet the candidates” forum at my local school hall in Hataitai, a southern suburb of Wellington. Over the course of the afternoon, I learn that of the seven candidates for the local seat of Rongotai, four are already members of parliament. Such is the nature of New Zealand’s electoral system.

The seat is solid Labour, and even a large swing to the National Party in Saturday’s election would be unlikely to unseat Labour’s justice, police and transport minister, Annette King. But the other three MPs – a National shadow minister, Sue Kedgley from the Greens (filling in for fellow Greens MP, co-leader Russell Norman), and an independent, Gordon Copeland (who set up the Kiwi Party after leaving United Future) – aren’t daunted. They are here to push up their party vote, which, because they are also party list candidates, is their ticket of entry to parliament.

So the meeting becomes an interesting mix of local politics – protecting local green spaces, planning approval for local liquor outlets – and national issues, including the economic crisis, education funding, health services, and the perennial election favourite, law and order. The largely pro-Labour crowd allows King to remain relaxed and comfortable in front of “her people.” But the National’s shadow attorney general, Chris Finlayson, knows there are probably no votes to be won here, which gives him the freedom to come out attacking Labour, mainly for not being tough on crime and failing the economy.

The remaining candidates, from United Future, ACT and Libertarianz, are all realistic about their limited prospects for personal advancement, but are equally passionate about their parties’ policies and value in the multi-party mix that has been prevailed in New Zealand for the past 15 years. And the Libertarianz candidate elicits some chuckling about his party’s policy of minimal government intervention, including no involvement in providing schools and hospitals or regulating liquor sales.

Behind this interesting mix of multi-party politics and multi-MP electorate contests is the Mixed Member Proportional, or MMP, system, which combines single-member constituencies with proportional representation. If you wanted to combine the Australian House of Representatives and Senate into one house without entirely losing the character of either house, MMP would be a good way of doing it.

First used in 1996, MMP is in action for the fifth time in this election. Voters have two votes – “two ticks, too easy” is the Electoral Office slogan – a party vote and an electorate vote. Any party that receives at least 5 per cent of the party vote (or wins an electorate seat) is guaranteed that proportion of seats in parliament. The electorate seats – 62 general and seven Maori – are decided on first-past-the-post basis (with no preferences). If a party wins more seats than its party vote would entitle them to, then the size of the parliament is increased to compensate.

At the 2005 election, for example, the Maori Party won four seats but only received a 2.1 per cent party vote (nominally a three seat entitlement). The parliament was increased to 121 members to compensate. Labour received 41.1 per cent of the party vote, and was therefore entitled to 50 seats in the 121-seat single-house parliament. Labour won 31 electorate seats, so their remaining 19 seat entitlement was filled from the party list – a list of candidates each party submits for this purpose before each election.

Senior party candidates who are contesting an electorate seat are usually placed high on their party list as a safeguard against the unlikely event of losing their electorate seat. That’s why you will see Labour’s Prime Minister Helen Clark and the National leader John Key heading up their party lists, even though they are in what would be considered “very safe” electorate seats. (Clark won her Mt Albert seat in 2005 by a margin of 47 per cent, Key was 37 per cent ahead in Helensville.)

MMP makes it very difficult for any one party to win a majority of seats. Labour (49 seats, previously 50) currently holds power in coalition with Jim Anderton’s Progressive Party (one seat), and with the support of New Zealand First (seven seats) and United Future (two seats, previously three). The Greens, with six seats, are not part of government, but have ensured Labour had sufficient numbers to govern by agreeing to abstain from any votes on confidence and supply. This gave Labour, with its supporting parties, 59 of 115 available votes in the 121-seat parliament.

The opposition National Party, meanwhile, has 48 seats, Maori Party four seats, and ACT two seats. The two sitting independents were elected in 2005 as members the of Labour and United Future parties but subsequently resigned.

ANY PARTY THAT has been in government for a long time, especially under the one leader, finds it difficult to look fresh and innovative. Helen Clark and Labour, who have been governing since 1999, are battling a mood in the electorate that “things are OK, and we quite like Helen, but it’s time to give the other side a go.”

So Labour’s slogans are This One’s About Trust and Strong Proven Leadership, pitting Clark’s 27-year parliamentary career, including nine as prime minister, against John Key’s six years in parliament, with only two years as National leader. For its part, National Party is attempting a small-target approach, trying to keep policy announcements to a minimum, knowing that they have been well ahead in the polls since shortly after Key became leader in November 2006.

National’s Choose a Brighter Future campaign concentrates on the global economic crisis and the economy in general, highlighting the outflow of New Zealanders to Australia and beyond, with emigration rates at 30-year highs. Typical of opposition campaigns, law and order is also a priority focus, along with education and health. Its approach is an attempt to avoid questions about Key’s lack of political experience and his background as a merchant banker (sound familiar, Australia?). It seems to be working: Labour’s attempts to dig up dirt on Key’s past have been counter-productive, suggesting the government is desperate and negative.

The taint of secret political donations has been an ongoing issue throughout 2008, particularly in relation to allegations that New Zealand First’s Winston Peters received secret donations from overseas-based New Zealand billionaire Owen Glenn. Ultimately Peters was stood aside as Minister of Foreign Affairs. While the damage has mainly been to NZ First, Labour has also suffered due its reliance on party and Peters’s position as a senior government Minister.

In a system where no single party has won a majority of seats to govern in its own right, speculation about possible post-election coalitions is a staple of political commentary. The major parties tend to use this issue as a scare tactic. According to the Nationals, “a vote for Labour is a vote for a Labour/Greens government”; according to Labour, “vote for National and you will have Roger Douglas in government.” (Douglas is number three on ACT’s party list and, as a previous finance minister, was the architect of Labour’s privatisation frenzy of the 1980s.)

The minor parties use the prospects of coalition as a positive, highlighting the fact that despite their relatively small size they can be hugely influential in delivering outcomes for their respective support bases. For example, the leaders of ACT (Rodney Hide) and United Future (Peter Dunne) have separately made joint media appearances with John Key in the past week.

The Maori Party, meanwhile, has been able to make entrenching Maori seats a central plank of its campaign following National’s announcement of its intention to abolish the seats. The potential importance of the Maori party in post-election negotiations has resulted in a deal of back-pedalling by both National and Labour on the Maori seats issue.

A FEW DAYS from the election, what are the prospects? Recent polling (a combination of Morgan and Colmar Brunton) has the National Party with a double-digit lead over Labour (about 45 to 34 per cent). The only other party currently above the five per cent threshold for winning party list seats is the Greens, who are around 10 per cent. But the Maori party (3 per cent), ACT (3 per cent) United Future (0.5 per cent), and Progressive (0.3 per cent) are all expected to win electorate seats, and could therefore play a critical role in negotiating who wins government.

Winston Peter’s New Zealand First is currently polling around 4 per cent, which would make it vital for Peters to win back Tauranga, the seat he held for more twenty years (initially as a National member) before being narrowly defeated by the National candidate in a hotly-contested result at the 2005 election.

Although National is well ahead in the party polls, John Key and Helen Clark are neck-and-neck in the preferred prime minister ratings (38 to 37 per cent, according to Colmar Bruton’s 18–23 October poll), an indication of the respect that people have for Clark despite the slide in support for Labour. This high personal rating may give Labour some hope in the final days of the campaign.

Although there were expectations earlier in the year that National may be able to get over 50 per cent of the party vote, and therefore govern in its own right, this now seems less likely. Expectations are largely based on opinion polling figures, but National can be expected to finish well ahead of Labour in the party vote. Assuming they are unable to get over 50 per cent, they will be quickly looking for partners, with ACT and United Future first in line. But these two parties are unlikely to deliver many seats, so National could still be short of a majority.

On the other hand, while Labour may start a long way behind, they are in a stronger position to secure the larger bloc of seats that the Greens and Maori Party could deliver, as well as the expected support of Progressive. On current polling, combined support for National, ACT and United Future totals just over 48 per cent, while a Labour–Progressive–Greens–Maori coalition is at 41 per cent.

The wildcard is New Zealand First. If Peters wins his seat, or if the NZ First party vote is over the threshold, they could deliver enough seats to be kingmakers (a position Peters certainly likes). But both National and Labour have distanced themselves from Peters to avoid guilt by association. If NZ First does win seats, it could make the Sunday morning phone calls very interesting indeed!

On the other hand, if NZ First and other small parties lock up a substantial proportion of votes under the 5 per cent threshold, which would then not be considered in the final distribution of seats, this will be a tremendous advantage to a National coalition, whose combined party share would increase to over 50 per cent (based on current polls).

No new parties are expected to enter parliament, although former Labour MP Taito Field, who established the Pacific Party after resigning from Labour, would be considered a chance to retain his south Auckland seat of Māngere. All elections have their amusing fringe candidates, and New Zealand is no exception. But it is unlikely that the Bill and Ben Party will make an impression (at least in the count) in its first election. Their two-person party list, Jamie (Bill) Linehan and Ben Boyce, draw inspiration from the one-time British McGillicuddy Serious Party, and they appear to have as their main campaign slogan, C’mon, You Voted Winston In. •

• Election night results will be available at electionresults.govt.nz from 5pm (AEDT) on Saturday 8 November.

Norm Kelly, a member of the Democratic Audit of Australia and is completing his PhD on Australian electoral reforms at the Australian National University, now calls Wellington home. 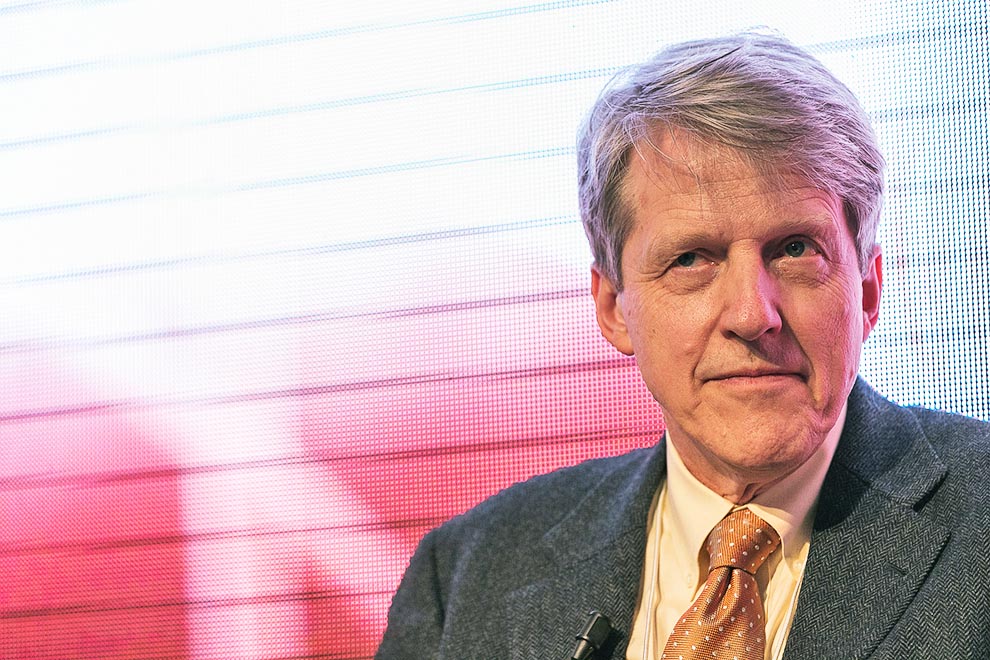