Unexpected advice from the IMF 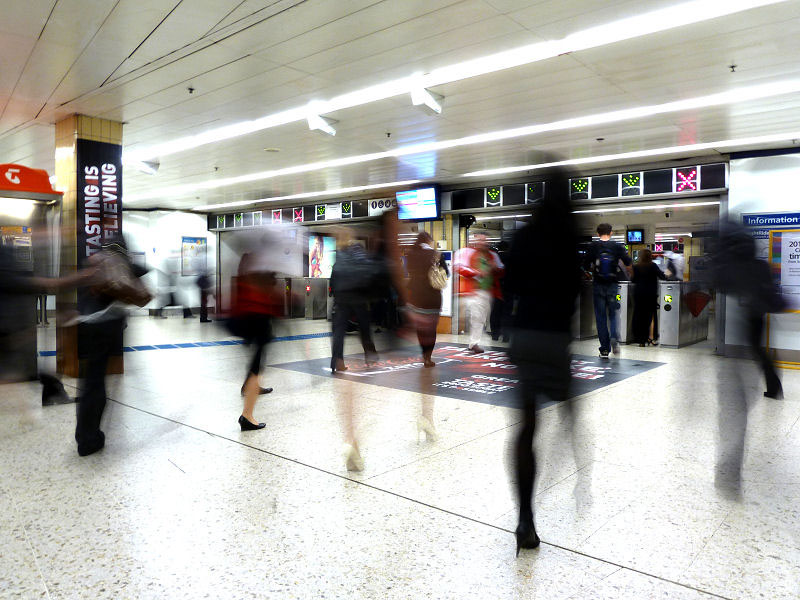 The IMF wants Australia to step up the pace of investment in infrastructure. Reuben Bedingfield/Flickr

Few of the International Monetary Fund’s annual reports on Australia have created any ripples in the national debate. This time is different. In two reports released last week, IMF staff weighed in boldly on everything from house prices to tax reform and our obsession with public debt – and their advice is quite unexpected.

The two reports could roughly be described as focusing on macro and micro issues respectively. The second is the more interesting one, dealing with house prices, productivity and tax reform – on which the IMF presents its own fearless blueprint, which includes scrapping negative gearing, cutting superannuation tax breaks, and raising the GST and widening its scope to include all consumer spending.

Of course, the IMF doesn’t have to win the next federal election.

But the first report also treads on toes in high places. On balance, the numbers are positive: it predicts that economic growth will average around 3 per cent over the next five years, although subdued commodity prices will see the recent decline in real incomes, in global terms, give way only to low growth. Overnight in Washington, the IMF released its latest World Economic Outlook, forecasting growth of 2.9 per cent in Australia next year – which, if correct, would be our best year since the peak of the mining boom in 2012.

But the tone of the IMF’s comments is anything but positive. Perhaps the IMF team knows that its predecessors have made similar forecasts for years, yet Australia’s growth has got stuck in low gear: since the global financial crisis it has averaged less than 1 per cent per head, or 2.5 per cent overall. And we are at best only halfway through a colossal bust in mining investment, we are about to lose our car industry, and our exports are heavily dependent on that increasingly unsteady skyscraper, China.

“While Australia’s vulnerabilities are low, the risks are skewed downwards,” the IMF warns. “Domestic demand could pick up more slowly than expected, a house price correction could knock confidence and demand, and external risks – a sharper China slowdown, or more volatile global financial conditions – could trigger or amplify those risks.”

Lots of analysts here are saying that too. What makes the IMF’s report different is that it argues that to reduce those risks, Australia should:

You don’t hear suggestions like that from the bank economists who dominate economic debate here. Some speculate that the IMF may be voicing publicly ideas the Treasury and the Reserve Bank have put to it privately. If Treasury did suggest that Australia should “slow the pace of fiscal consolidation” to lift investment in infrastructure, that would be a big policy shift, at federal and state level.

In the past, federal and state treasuries have fought turf wars to stop Infrastructure Australia and its state counterparts from developing into independent umpires that can run the ruler over investments that their own governments have promised. Here, the IMF’s advice is clear: we need them to be the umpires, if our increased investment is not to be wasted on big politically chosen projects like… (well, you can fill in the gap, there are so many to choose from).

The staff report estimates that on current plans, Commonwealth and state fiscal consolidation over the next three years will amount to 0.7 per cent of GDP a year, in effect withdrawing $12 billion a year from economic activity. It argues for a change of fiscal tack:

A small surplus should remain a longer-term anchor of fiscal policy and a credible, though gradual, medium-term consolidation path should be maintained. But staff assesses the planned pace of consolidation nationally (Commonwealth and states combined) as somewhat more frontloaded than desirable given the weakness of the economy, the size and uncertainty around the transition from the mining investment boom, and the possible limits to the effectiveness of monetary policy.

Strikingly, the IMF team points out that public investment has been falling in recent years, despite all the political promises, and the public capital stock is projected to keep falling as a percentage of GDP. It argues that investing in infrastructure in Australia right now would maximise both the short-term benefits of an economic stimulus and the long-term benefits of better infrastructure leading to higher productivity, “with little effect on the debt to GDP ratio.”

But it also warns that projects must be chosen carefully and coordinated between both levels of government, and need to enjoy “broad political support.” The IMF visitors make some useful suggestions on the part the Commonwealth should play. It should consider giving the states guarantees so they can increase their infrastructure borrowing without endangering their credit rating. It should give (or lend) money not just to big showpiece projects, but also to smaller projects, even maintenance and repairs, which also provide stimulus and increase productivity. And it should replace its eccentric definition of the budget bottom line as the underlying cash surplus with the normal definition of net operating balance, from which capital spending is excluded.

If Malcolm Turnbull adopted it, the proposal that the Commonwealth guarantee state borrowings for infrastructure would be a game-changer in itself. Victoria and New South Wales in particular have been scared off building the infrastructure that Melbourne and Sydney need by the fear of losing their AAA credit ratings. That shouldn’t deter them, since poor infrastructure costs their states more than marginally higher interest rates would; but it has, and they need to find a way out of it. This could be it.

The IMF staff were just as bold in their ideas for tackling tax reform. They endorse the broad scenario for tax reform proposed by business groups – a higher, broader GST, with compensation for lower income-earners, which would be used to finance cuts to company tax rates and recompense the states for looming federal cuts; and income tax cuts paid for by reducing tax breaks for superannuation and negative gearing. But they go much further than anyone has gone in the Australian debate.

The IMF has no inhibitions about warning that Australian houses are overvalued – although it mistakenly sees this as a Sydney phenomenon, which suggests it didn’t spend much time in Melbourne – and it blames negative gearing for encouraging excessive investment in real estate. But it also accepts the Treasury line that the tax rules for housing should be the same as for other asset classes.

Fine, it says: let’s scrap negative gearing for all investments. Taxpayers should not be able to write off losses from investments against their income from other sources, whatever the investment. This would take away the perverse incentives we have now to run up losses as rental investors, farmers, corporate investors, or whatever. Similarly, the team proposes that we reduce, or abolish, the 50 per cent tax deduction for capital gains on all investments, across the board.

The details of the IMF team’s tax package are shown below. It implicitly proposes the restoration of a carbon price in order to make energy users pay the costs their greenhouse gas emissions impose on others. It endorses the broad principle of the Greens’ plan to reduce superannuation tax breaks to a maximum 15 per cent benefit, and the ACT government’s reforms to phase out stamp duties for conveyancing in favour of higher land taxes.

On the GST, the IMF thinks it is more important to broaden the base of the GST to include all areas of consumer spending – not just food, but also financial services, health, education, gambling and so on – than it is to increase the rate to 15 per cent. It urges an end to the Howard government’s silly rule that the GST can’t be changed without the agreement of every state and territory.

And while it thinks Australians should drop their obsession with fiscal deficits, it says the Commonwealth must close its deficit in the medium term – and argues that the tax package should be one way to achieve that. Of the roughly $20 billion a year left over from its package, it suggests that $12 billion be used to reduce that deficit, and $8 billion a year invested in building more infrastructure.

The strength of the IMF’s report is that it’s a view from outside. But in some areas, naturally, that is a weakness. It doesn’t seem to have grasped the significance of the Commonwealth’s plans to cut $80 billion from funding for hospitals and schools, which is the prime reason why the states need to increase and/or widen the GST. But it does grasp the need for more bipartisanship in the way we make decisions, not just to make them better decisions, but also to provide long-term frameworks for business to work within.

If we do all that – lift our infrastructure investment, carry out bold tax reforms, and force our banks to raise more capital to ensure their stability – the IMF team argues that Australia will not only stand a better chance of sailing through the stormy weather ahead, but also position itself for faster growth over the long term. We will have built ourselves a better boat. •

These are the key proposals of the tax package an IMF staff team recommends in the second half of its latest report on Australia:

On the net impact