Unpredictable to whom, and in what way?

Not only is he an anti-Chomskyan, Philip Lieberman is also an enemy of evolutionary biology and pop neuroscience, writes Ben Eltham 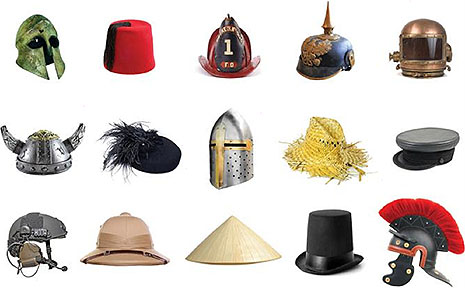 Detail from the cover of The Unpredictabe Species.

IN 1977, an American missionary named Daniel Everett was given a challenge that would upend modern linguistics. He was asked to translate the Bible for a remote Amazonian tribe called the Pirahã. As you might imagine, this wasn’t an easy task. After taking introductory courses in Portuguese, Daniel and his wife Keren moved to Brazil, where they found themselves deep in the jungle with a tribe that had largely resisted outside contact for four centuries. They slowly began to get to know the villagers, eventually becoming the first outsiders to learn their language.

We are often told by linguists and anthropologists that the rapid death of indigenous languages around the world is destroying treasure troves of linguistic and cultural diversity. Nothing proves the point better than the language of the Pirahã.

As Everett explains, in a celebrated 2005 paper in Current Anthropology, Pirahã, pronounced pee-da-HAN, is a rather unusual language. There are no tenses: Pirahã speakers live in a constant present. There are no colours; nor are there any numbers. In fact, there seem to be no quantities at all: no counting, no numerals, and no words like “many,” “most,” “every” or “each.” Pirahã has the “simplest pronoun inventory known,” no creation myths, and little collective memory beyond a single generation. Most importantly of all, Everett observes, “it is the only language known without embedding (putting one phrase inside another of the same type or lower level, e.g., noun phrases in noun phrases, sentences in sentences, etc.).”

Everett’s findings were explosive. They appeared to undermine one of the most cherished theories in social science: Noam Chomsky’s theory of a “universal grammar” of language.

Chomsky’s pre-eminence in linguistics hardly needs to be restated. Although best-known for his spiky political views, his claim to academic fame rests on his theory that certain aspects of language are hard-wired in the human brain, and that, therefore, all languages share some basic structural similarities. Beginning in the 1960s with his famous monograph, Aspects of the Theory of Syntax, Chomsky has expanded and zealously defended his theory of a “deep structure” of language encoded in the brain’s neurophysiology. Neuroscientists and evolutionary biologists like Steven Pinker have become adherents of his idea that the brain has a kind of “language organ” that is evolutionarily adapted for the learning of languages.

Everett’s study – indeed, the very existence of the Pirahã language – appears to cast doubt on Chomsky’s universal grammar. Most controversially, the Pirahã seem to lack the linguistic expression for the one core structure that Chomsky has argued every language must possess: recursion.

Recursion is simply the ability to nest one thought inside another thought. “The cat sat on the mat” has a noun (“the cat”), a verb (“sat”) and a propositional object (“on the mat”), and they can be nested inside larger language elements, potentially infinitely. “Pirahã doesn’t have expressions like ‘John’s brother’s house,’” Everett told a 2007 roundtable for the website Edge.org. “You can say ‘John’s house,’ you can say ‘John’s brother,’ but if you want to say ‘John’s brother’s house,’ you have to say ‘John has a brother. This brother has a house.’ They have to say it in separate sentences.”

The unsettling implication is not just that Chomsky might be wrong. It also suggests, as early linguists like Edward Sapir and Benjamin Whorf first proposed, that someone’s cognitive reality might be determined, not by some common human genetic inheritance, but by the very words they use: by the specific and contingent cultural reality they inhabit.

“What if a language didn’t show recursion?” Everett continues:

What would be the significance of that? First of all, it would mean that the language is not infinite – it would be a finite language, there could only be [a] limited number of sentences in that language. It would also mean that you could specify the upper size of a particular sentence in that language. That sounds bizarre, until we think of something like chess, which has also got a finite number of moves, but chess is an enormously productive game, it can be played and has been played for centuries, and many of these moves are novel, and the fact that it’s finite really doesn’t tell us much about its richness, or its importance.

IN MANY ways, Philip Lieberman mounts a similar argument to Everett’s. Indeed, he ends The Unpredictable Species with a careful discussion of the Pirahã controversy in which he firmly sides with Everett and his supporters.

Lieberman, too, is a savage anti-Chomskyan. He is also an enemy of the evolutionary biology and pop neuroscience that litters the remainder tables at the front of airport bookstores. Instead, Lieberman is that strangest of modern creatures, the pro-science cultural determinist. “Virtually everything that characterises the way we live is the product of human culture,” he argues, “transmitted from one generation to the next through the medium of language.” Far from a “deep structure” inside the brain determining our language instinct, Lieberman thinks that “the form of one’s language is culturally transmitted… And, in turn, culture shapes the human ecosystem and can lead to genetic evolution.”

The key neural structures that make us human, Lieberman writes, are neither our linguistic abilities nor the genes we’ve inherited from primate ancestors. Rather, he argues, the true seat of humanity may be in internal anatomical structures of the brain, such as the basal ganglia and the prefrontal cortex, which “constitute the brain’s sequencing and switching engine.” Exactly what genes might encode for such structures is still unclear, “but it is clearly the case that the genes that make us human are ones that contribute to cognitive flexibility and creativity, not genes that rigidly channel our thoughts and behaviour.”

This, then, is Lieberman’s thesis. But it would be a mistake to think that expounding it constitutes the main thrust of his book. A better description of the bulk of the content of The Unpredictable Species is score-settling.

Like a lot of working professors, Lieberman has intellectual enemies. Unlike most, however, Lieberman seems only too happy to allow them to distract his scientific endeavours. Lieberman blazes away at these apostates, employing whatever evidence comes to hand. Examples from all sorts of disciplines and intellectual traditions are brought to bear, sometimes bewilderingly, in an attempt to ambush his opponents. The result sometimes reads like an extended polemic rather than a carefully structured argument. Where a lesser author might be content to weave a narrative or buttress a thesis, Lieberman jumps from critique to critique, only occasionally alighting on a through-line.

Strangely missing from the book is any careful attempt at a definition of unpredictability. Indeed, as other reviewers have noted, the term is often used interchangeably with the word “creativity,” often in an artistic or cultural sense, but with little precision.

That’s a worry, because unpredictability is hardly an easy concept to grasp. Is it risk? Is it uncertainty? Is it the problem of induction? Lieberman prefers questions stemming from neuropsychology. Thus, in the book’s index, we see a large number of entries for the term “prefrontal cortex” but none for “probability,” and when Lieberman discusses “unpredictability” directly, what he really seems to mean is “cultural diversity.” That’s certainly a valid way of discussing humanity’s manifold cultures, behaviours and languages, but it is also a rather fuzzy and indistinct characterisation.

Lieberman is at his best when demolishing the many imprecisions of pop neuroscience. In one of the most refreshing passages, he carefully explains just what the famous magnetic resonance imaging machine can and can’t see, convincingly demonstrating why the popular understanding of MRI scans is little better than a modern version of phrenology. Similarly, by carefully following inconsistencies in the experiments of disgraced Harvard psychologist Marc Hauser, he shows just how far-fetched and reductionist the farther reaches of evolutionary psychology have become.

On the other hand, Lieberman’s trenchant critiques often elide the controversies they address, rather than tackling them in a spirit of intellectual generosity. The Everett–Chomsky debate, for instance, is by no means settled – indeed, how could it be? Finding out that an isolated tribe appears to lack a certain key aspect of universal grammar doesn’t necessarily invalidate Chomsky’s thesis. (Everett himself admits that the Pirahã understand the concept of recursion, while lacking a grammar to express it.) Similarly, while Lieberman is certainly correct to draw our attention to the over-ambitious claims of evolutionary psychologists, it is also true that many of his own theories are susceptible to similar critiques. MRIs do have their flaws; the brain is not just a Rube Goldberg machine of different neural contraptions… but nor does that make the basal ganglia and prefrontal cortex the seat of all human “unpredictability.”

Lieberman’s thesis has a bigger problem: the problem of consciousness. Linguists and psychologists don’t necessarily need a theory of mind any more than the Pirahã do. But much of what Lieberman claims as unique for humanity seems to reduce to similes for consciousness itself. “Cognitive flexibility – the engine of human creativity that allows us to shape our destiny”: this doesn’t sound like the sort of thing that could be found in a Chinese room. But Lieberman never unpacks this idea far enough to allow us to interrogate it. Unpredictable to whom, and in what way? We never quite find out. •

Ben Eltham, a Fellow of the Centre for Policy Development and a Research Fellow at Deakin University's Centre for Memory, Imagination and Invention, is national affairs correspondent for New Matilda.