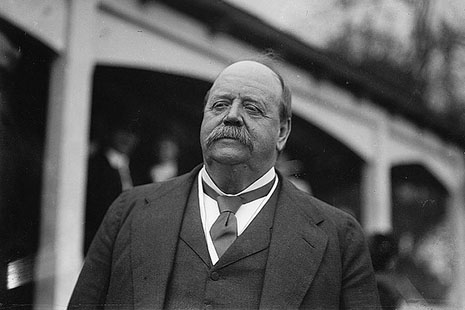 Our very own Falstaff: George Reid (above), prime minister from August 1904 until July 1905, shown here sometime between 1910 and 1915. George Grantham Bain Collection, Library of Congress.

The Good, the Bad and the Unlikely: Australia’s Prime Ministers
By Mungo MacCallum | Black Inc | $29.95

WE ARE not as a people overly fond of our elected representatives, and particularly our leaders, as Mungo MacCallum notes in this concise pocket guide to the diverse group of twenty-seven who have held the office of prime minister. We have no larger-than-life equivalents of Mount Rushmore or the Lincoln Memorial, merely a small commemorative garden adorned with prime ministerial busts in the Victorian provincial city of Ballarat, the obligatory portraits displayed in the Australian parliament, and the surname attached to an electorate and a generally nondescript Canberra suburb.

Almost thirty leaders in eleven decades is a fairly swift turnover – and all the more so when you remember that one of the number, Robert Menzies, totalled eighteen years in office while two others, Bob Hawke and John Howard, amassed almost twenty years between them. Historically speaking, they have flashed before our eyes without our having ever really known them. Or, perhaps, we have known enough about them.

Again unlike the Americans, we don’t think about our former leaders very much, if at all. In the United States, a veritable industry exists tracking the rise and fall of the historical reputations of former presidents; in Australia, we merely allow them to strut and fret their hour upon the stage and then banish them, even from memory.

MacCallum’s title, The Good, the Bad and the Unlikely, is an apt one, giving the reader some scope to reflect on the qualities of the twenty-six men and one woman who chance has thrown up as leaders. Precisely what constitutes a good leader is not canvassed here. Instead, the deft use of anecdote and vignette affords us a glimpse, however fleeting, of the person behind the office. They are indeed a motley crew, from the likeable to the unloveable, and the book’s great merit, apart from rescuing a handful of figures from obscurity, is to add a splash of colour and character to the otherwise lifeless entries in a Who’s Who list. And MacCallum, as ever, is informative and entertaining.

Fate and fortune are never far removed. The very decent Jim Scullin, faced with the onset of the Great Depression, never really had a chance. John Curtin, the lifelong pacifist, was tested by war and responded well, but we will never know what sort of a leader he would have been in peacetime. Harold Holt was cut short in his prime, not long in the Lodge. And could the Country Party leader Jack McEwen, who served briefly between Holt’s death and the election of John Gorton, have saved the fading coalition if he had been persuaded to stay on, as some – including the federal president of the Liberal Party at the time – wanted?

Like MacCallum, I have met thirteen of the group – that is, all who have held office in my lifetime and even one before, Frank Forde. And I have written at length about two earlier leaders, Alfred Deakin and George Reid. So it was with great interest that I opened these pages to compare MacCallum’s judgements, characteristically tendentious, with my own. And, not entirely surprisingly, I came across a unity ticket of sorts.

The much revered Alfred Deakin was one of the two or three distinctly odd figures to hold the office (Kevin Rudd and possibly John Curtin being the others). I found him to be a tiresome prig, more “devious Deakin” than “affable Alfred.” MacCallum finds him to be less than the admirable figure he had expected, though still significant. Similarly, he finds some unexpected qualities in the often derided George Reid, our very own Falstaff. That dour wowser, Joseph Cook, is rightly shown to be devoid of any positive attributes while Billy Hughes, the most cantankerous of the lot, is given an unexpected reprieve. Joe Lyons, another Labor rat like Hughes and Cook, is seen as honest but limited – useful for the conservatives to win elections over Labor. And MacCallum sees Ben Chifley, perhaps the prime minister held in highest affection, as a decent man perhaps not quite up to the job.

Despite his long tenure, Menzies emerges as a curiously insubstantial leader in terms of achievement. MacCallum is perhaps too kind to the deceitful and scheming William McMahon, whose many character flaws should have disqualified him from high office, as well as to the overrated Paul Keating, whose verbal dexterity masked a largely uninformed view of the world and a fawning subservience to economists by whose jargon he was mesmerised.

When we look at leaders, what is it we take into account? We want the country in safe hands, we want prosperity and, in a former age, we wanted fairness. Hughes and Curtin are rightly remembered for their wartime leadership, Menzies and Holt for the unprecedented prosperity of the postwar years, Deakin and Chifley for significant welfare reforms, and perhaps Menzies and Gough Whitlam for improving access to higher education. If we look purely at electoral success, it’s Robert Menzies and John Howard out in front ahead of Bob Hawke and Joe Lyons.

In terms of legacy, Deakin‘s social liberalism long outlived him; Andrew Fisher’s Commonwealth Bank was a milestone; Chifley’s visionary postwar reconstruction gave us, among other things, greatly expanded social welfare, the Australian National University, the Snowy Mountains Hydro scheme and the independent news service of the ABC, all of which encountered political opposition. Whitlam’s brief but turbulent tenure ended the hypocrisy of the divorce courts, initiated anti-discrimination legislation, introduced universal health insurance, and hammered the final nail into White Australia. To his credit, Malcolm Fraser, that perplexing and contradictory figure, furthered Whitlam’s multicultural agenda and championed the Special Broadcasting Service while humanely dealing with a refugee exodus from Indo-China – putting his later successors to shame – and standing for principle in the fight against white minority regimes in southern Africa. For Hawke and Keating, the bold restructuring of the Australian economy and the strategic reorientation towards Asia will be remembered. Perhaps it is too early to speak of Howard, Rudd and Gillard in terms of legacy.

We can argue forever about who is good and who is bad (although the unlikely are fairly self-evident) in MacCallum’s taxonomy, but a simpler criterion might be to ponder with whom we might like most to sit down with and share a cup of tea, or other beverage. In my own experience, only two of the leaders I have met I would characterise as genuinely sunny characters – warm, natural, open and inclined to a radiant optimism: the unfortunate Harold Holt and the besieged Julia Gillard.

If somehow we were able to suspend time and gather all twenty-seven into a room, who, I like to wonder, would be speaking to whom, and what about?

Genial George Reid, glass in hand, would be the centre of the crowd at the loud end of the room near the keg, probably swapping stories with Barton, Artie Fadden, Hawke and Gorton, with a deaf Hughes trying to follow the talk. Chifley, drawing on his pipe, might be in reflective discussion about the Labor Party’s vicissitudes with the tea-drinking Curtin, attended by Scullin and Forde. Menzies, the Anglophile Stanley Bruce and Howard would be talking cricket; Gillard and Holt in amiable conversation; Keating telling Watson and Fisher where the early Labor Party went wrong. Deakin and Whitlam would be discussing Roman history; Earle Page would resume his argument over the future of the Country Party with McEwen. Cook, one suspects, would be looking on disapprovingly from a corner, possibly talking to a lonely Lyons with Fraser keeping to himself and Rudd still wondering what happened.

Do we get the leaders we deserve? Yes, most likely. They are, in most respects, us writ large – very fallible, very human, sometimes very good and, as MacCallum reminds us, sometimes very unlikely. •

Norman Abjorensen is writing a book about prime ministerial exits in Australia.

Even the party that loses next month’s election will share in the victory by helping set the tone for post-UN democracy in this young nation, writes Michael Leach 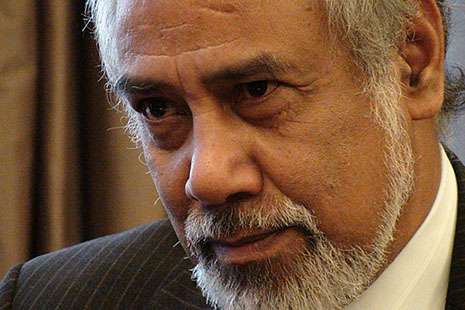