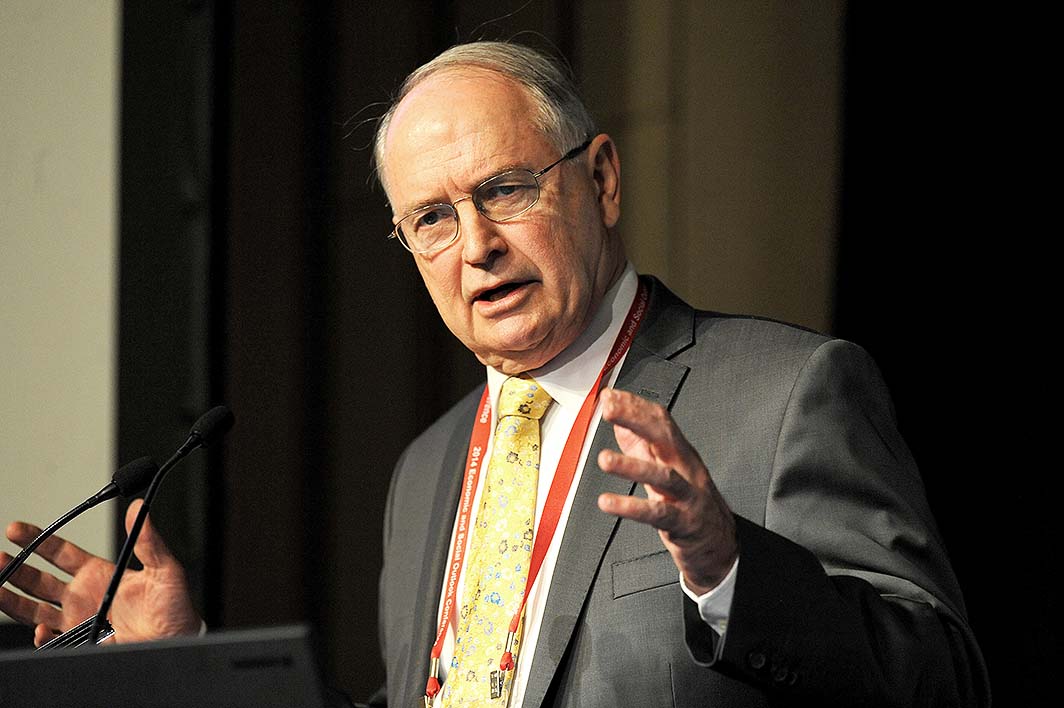 Ross Garnaut’s Superpower closes with a quote from Banjo Paterson’s “Clancy of the Overflow,” a poem written well before any of us were worried about extreme weather events and climate change:

And he sees the vision splendid of the sunlit plains extended,
And at night the wond’rous glory of the everlasting stars.

Garnaut has his own vision. Given Australia’s substantial comparative advantage in variable renewable energy (especially solar), he believes that we can become global leaders in the export of energy-intensive processed minerals and develop hydrogen as a fuel source. Rather than being prohibitively expensive, energy can be cost-competitive and plentiful. Gladstone, for example, could be home to aluminium smelting, steel and silicon manufacture, and hydrogen production.

Dreams of establishing globally competitive exports of processed minerals are not new, but they have foundered on comparatively high labour and transport costs, particularly in harsh and remote areas of the country. This time it may work. Mining and processing are far more automated and Australia has a compelling renewable-energy advantage — an advantage that is not yet widely recognised.

Garnaut argues his case carefully and spells out the steps needed to bridge the gap between the present policy incoherence and net zero carbon emissions globally by mid century. Denial and avoidance need to stop so our knowledge of how to deal with rising temperatures can be applied.

Superpower begins in the Murray-Darling, where dead fish, rivers that barely flow and dried lake systems remind us that once-fertile food bowls can degenerate. Of course, one severe drought (and poor water management) doesn’t prove the point, but the continuing run of extreme weather events adds to a mounting near certainty.

Garnaut discusses the costs of mitigation in some detail, as well as the benefits of keeping the increase in temperatures to 3°C or preferably lower. Over time, he shows, the costs and benefits of mitigation have become more certain. His preference is a target of 1.5°C increase and for the world to reach net zero emissions by mid century, as the Paris Agreement envisages. Given his background and experience it is not surprising to find an excellent summary of the various UN initiatives over time and the progress that countries have made. While there have been some disappointing outcomes, considerable progress has been made — albeit threatened by developments like US president Donald Trump’s decision to withdraw his country from the Paris Agreement by the end of his term.

As well as dealing with events globally, Garnaut nicely sets out the diabolical policy challenges that Australia has visited upon itself in recent decades. His lament for the emissions trading scheme and the Gillard-era carbon price is heartfelt. He explains the Coalition’s alternative policy of direct action and regulation (with a relatively modest target for emissions reduction) and sets out an international comparison of the costs of emissions reduction under different alternative policies. As is well known, a price on carbon is the least costly and most efficient policy route. But this is one policy we have well and truly mucked up and Garnaut doesn’t advocate its adoption without bilateral political support.

We have been saved by both technology and the fact that ageing coal generators must retire. In electricity, which is the key sector for transformation, technology has become remarkably cheaper. The costs of wind and solar generation, as well as battery storage, have declined rapidly and the trend is continuing. It is not widely appreciated that the cost of electricity from wind and solar is multiples less than the cost from coal generation.

Within the electricity system Garnaut suggests three major changes. First, we should adopt the Australian Competition and Consumer Commission’s recommendation that government should underwrite “firm” power sales from new electricity-generation facilities. Although this recommendation is still to be fully implemented, some progress has been made; its final form is yet to become clear. The second step is for unregulated owners of electricity transmission lines to be encouraged and rewarded for the benefits they provide by allowing electricity to move to where it’s needed within the existing regulated system. Whether this proposal would encourage sufficiently more transmission investment needs further assessment.

Finally, and perhaps more controversially, Garnaut proposes that Snowy Hydro be split into two companies, one concerning itself with generation and retail sales only, the other providing services based on its pumped hydro activities. In this latter role Snowy would be given the task of ensuring the reliability of the National Energy Market and balancing demand and supply for electricity in all regions. A specified maximum price would be set for this service and the company could purchase pumped hydro from other sources if required. While it is true that Snowy 2.0 as currently proposed will become the dominant player in the electricity hedging market (and steps will need to be taken to curb that market power) it is not clear that Garnaut’s proposal is the better future option. It is an interesting idea that needs more debate.

In the shorter term, large gains can be made. Garnaut concludes with several steps that can be taken using existing institutions. These are first steps across the bridge between where we currently are and where we need to be. He suggests that the roles of the Australian Renewable Energy Agency, the Clean Energy Finance Corporation and the Clean Energy Regulator be expanded; that the Climate Change Authority be restored to give independent advice on emissions reduction targets; and that the Productivity Commission be asked to review arrangements when needed. His other proposals cover charging infrastructure for electric vehicles and the pricing rules for powering them; more research on carbon sequestration; and sensible land-clearing policy.

The measurable costs of mitigating climate change, and the benefits of doing so, are now much more certain and the positive gap between benefits and costs has increased. Garnaut describes four types of benefits, including those that lie outside our conventional view of the market. This latter type of benefit is important. As economists we are all aware of the intergenerational inequality associated with climate change, and it is not surprising to see younger people protesting about insufficient action. But Pope Francis in Laudato si argues that climate change is also imposing costs disproportionately on people in poor countries. Humans have a responsibility to take care of our common home not only because it is important to humanity but also because it is valuable in itself. For the more secular-minded, Garnaut refers to similar arguments put forward by John Broome at Oxford University.

In summary, this is a book that provides a path forward and a vision for a better future than others we may easily fall into. •

Kerry Schott is Chair of the Energy Security Board.