Books | Despotism, reinvented, is here to stay (and could be coming our way) 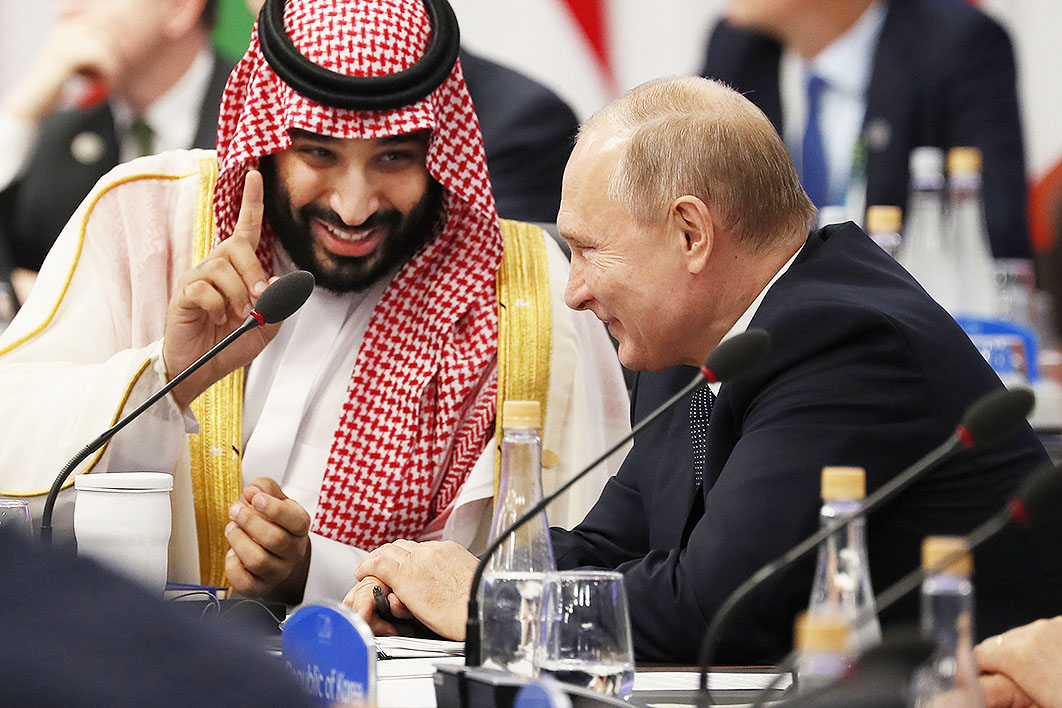 April 2020. The pandemic is in full swing and testing the mettle of leaders and institutions. Desperate times mean drastic measures. Governments have declared states of emergency. Large parts of the world are in some form of lockdown. In some countries, widespread testing is mandatory; elsewhere citizens are being tracked, traced and isolated in targeted fashion. Fateful decisions are being made to stem the flow of patients needing hospitalisation and distribute scarce pharmaceuticals and medical supplies. Stimulus packages and income support of unprecedented scale have been enacted in a matters of weeks. National and subnational governments are improvising their way through the crisis while efforts to arrive at a modicum of transnational coordination and solidarity are proceeding at what feels like glacial pace.

In the meantime, the jury is out on what has worked and what hasn’t. Rates of hospitalisation, mortality and unemployment are being monitored across countries and regions. Questions are being asked about differences in the speed and severity of different governments’ responses. Experts have attempted to second-guess who the winners and losers on the geopolitical stage will be.

It is into this world that John Keane’s new book has been launched. Keane, a professor of politics at the University of Sydney, has long been one of the world’s most erudite, original, astute and passionate students of democratic politics. With this latest offering he injects one hell of a scary book into an already frenzied world — though if I were to project his argument onto the coronacrisis, I imagine it would offer a sober assessment. In one sentence: don’t assume that the traditional power-sharing democracies of the West will prove more resilient and strategically astute in withstanding Covid-19’s onslaught than the “new despotic” regimes — in places like China, Vietnam, Turkey, Saudi Arabia and Singapore — that are the focus of the book. In fact, Keane argues, pockets of despotism already exist within ostensibly democratic states; and in his recent corona-essay, “Democracy and the Great Pestilence,” he surmises that this catastrophe creates opportunities for their expansion and entrenchment.

Keane urges citizens and leaders of longstanding power-sharing democracies to wake up to the uncomfortable truth that our system of government is no longer the only game in town when it comes to garnering substantively smart, popularly supported, institutionally stable and therefore normatively seductive forms of rule. Political life in the twenty-first century increasingly offers us a new great divide.

In one camp are the old power-sharing democracies, whose messiness, compromises, follies and imperfections are the devil we know and are forever trying to ameliorate. They are the old pair of shoes: well worn, no longer glamorous, perhaps even somewhat out of style, but comfortable and reliable. We, who have become used to them, put up with their limitations because we would not trade them for any other pair no matter how glitzy.

But a much larger portion of the world’s population has not had a few centuries of evolving democratic struggles, institutions and cultures to form their political prisms and value compasses. Another camp beckons them: the camp of the new kids on the block whose allure may seem cooler and smarter, albeit vaguely dangerous. They are “phantom democracies.” They go through the motions of having elections, parties, parliaments, courts and constitutions. But they are governed by ruthless yet suave operators wielding velvet fists, concentrating enormous economic and executive power in the hands of their inner circles of submissive plutocrats and loyal technocrats, and blanketing the whole operation in facetious appeals to the will of “the people” sustained by practices of self-dramatisation (and other-defamation) that are sophisticated and shameless in equal measure.

Delving deeply into the governing formulas of the likes of Vladimir Putin, Mohammed bin Salman, Ali Khamenei, Hun Sen, Narendra Modi, Recep Tayyip Erdoğan, Viktor Orbán, Abdel Fattah el-Sisi and the regimes built around them, Keane urges us not to dismiss them as tin-pot autocrats who will sooner or later succumb to the stupidity and greed endemic to political systems lacking checks and balances. Instead, they should be thought of as “master copyists of democratic style” who do everything they can to nurture their own legitimacy using means that give them a strongly democratic feel. Their regimes are also smarter than traditional autocracies, making ample use of feedback and learning mechanisms (polling, deliberative forums and oversight bodies) to fine-tune their policies and respond to stakeholder views and user experiences — all within carefully constructed boundaries, of course.

Keane defines the new-despotic type as “pseudo-democratic government led by rulers skilled in the arts of manipulating and meddling with people’s lives, marshalling their support, and winning their conformity.” Despotisms, he writes, “are top-down pyramids of power that defy political gravity by nurturing the willing subservience and docility of their subjects.” These regimes offer their subjects — they can’t be called citizens — a social contract that many of them are willing to sign. They provide a degree of material comfort, or the hope of it (never mind the extreme inequalities of income and wealth that underpin these regimes), stable (though impenetrable and deeply corrupt) government, and opportunities to respond to their policies (albeit highly constrained and often shambolic). In exchange, subjects are expected to self-censor, keep their mouths shut and play the fool in the quasi-democratic charade that masks the reality of a political order run by an uber-rich elite that manufactures and then manipulates their consent. In short, “the rulers will deliver what their subjects need in exchange for their quiet loyalty.”

And, Keane tells us, this formula appears to work. “Tocqueville’s warning that the sheepish middle classes would plump for despotism proved prescient,” he writes. “One lesson of the new despotism is that the middle classes have no instinctual love of open power-sharing… Protected by the ‘immense tutelary power’ of the state, they strive after ‘petty pleasures’ centred on the trimmings and trappings of conspicuous consumption.” Or, in a somewhat grimmer interpretation: “Indulging private life, skilled at creating sanctuaries for themselves and their families and friends, happy in the hives of their homes, they watch what they say and to whom… Keeping silent about personal convictions is part of the chess game of existence.”

That latter description is exactly how I would characterise the coping styles of the Chinese students and colleagues I have interacted with over the years. One way or the other, the citizen-subjects leave the political field. The despotic system gives them just enough to quietly grind their teeth on, its elite creaming off the big bucks generated by the successful state capitalism that they have pioneered as a “third way” between the disaster-prone planned economies of the totalitarian regimes of the twentieth century and the low-growth, high-maintenance and dangerously liberal market economies of the power-sharing democracies.

Keane’s core message is clear: we democrats may abhor these new despotisms, but we cannot afford to underestimate them. Moreover, we should not blind ourselves to the fact that, notwithstanding our loud public denunciations (and in some cases economic sanctions), virtually all power-sharing democracies are happy to supply them with arms and “do business” with them in a range of other ways.

John Keane intends this book not just as a window on an emerging, unsavoury and  yet institutionally viable political system, I think, but first and foremost as a mirror for us, the citizens of seemingly entrenched and seemingly superior power-sharing democracies, to look into. His is a cautionary tale. He implores us to think harder about our own system’s shortcomings: “It is a big mistake to describe these regimes as in transition to or from democracy. The new despotisms are in fact reactions against the ideals and practical mistakes and failures of power-sharing democracy. They are like parasites, feeding upon democracy’s present dysfunctions.” They are adept at twisting democratic totems to their aims, having found ways, as Keane puts it, to “practice elections without democracy.”

Keane puts quite a bit of distance between his argument and recent writing by other public intellectuals about populism-fuelled “democratic backsliding” in the West, and possibly even its descent into “autocracy,” “tyranny” and “fascism.” Yet he shares their sense of urgency and their analytical approach of looking at the political landscape of the third decade of the twenty-first century for what it really is.

Traditional political scientists — given short shrift here for adhering to outdated typologies and characterisations of political regimes — might find Keane’s research too impressionistic, but unlike their works this book is written, with poise and urgency, in Keane’s inimical prose. Noting that “ethical numbness flourishes” in regimes that thrive on fealty to the despot and his cronies, he observes that “nobody is innocent. Each soul is implicated in nested circles of soiled solidarity… Everybody is forced to drink from the waters of incertitude: it feels as if political order is riddled with ambiguity.” Conveying the subtlety of despots’ attempts to engender “voluntary servitude” from the populace, he notes that “they buy rather than bully, deflect instead of deny, co-opt rather than confront.” And: “Clever despots strive to be both agile and attractive to those they seek to master. Their task is to magnetise flesh-and-blood people, to encourage them to pay attention to their leaders and to be charmed by their tunes. Real people must be persuaded of their rulers’ rightness, convinced that their leaders’ authority and the system are good for them and their country, and that they have no serious alternative.” Substantively and stylistically, he operates at Orwellian heights. If only I could coin phrases like these.

Of course a sweeping book like this has its loose ends and inconsistencies. Throughout his story, for instance, Keane repeatedly notes the sophistication, self-confidence and ruthless political professionalism of the new despots and the resilience of the regimes they have built. But in the final chapter he performs something of a U-turn by intoning that “despotism thrives on popular beliefs in good queens and benign kings, skilled managers and shrewd technicians of power. But the harsh truth is that despotism unleashes vaulting ambition and lusts for power that frustrate its own search for eternality.”

All of a sudden we seem to be back at the very thesis he wanted us to discard, namely that when push comes to shove, political systems that lack proper checks and balances and any fixed way of resolving the problem of leader succession are bound to go up in flames. In short, it’s Lord Acton’s classic bon mot (“power corrupts, and absolute power corrupts absolutely”) all over again. Having digested 250 relentlessly worrying and brilliantly persuasive pages of the opposite claim — that these regimes are viable and here to stay — this conclusion strikes me as a rare slip into wishful thinking by a passionate democrat who, despite his trenchant analysis, needs to believe that power-sharing, monitorial democracies will be able to stare them down.

But this is really the exception. The book’s confident bird’s-eye perspective is buttressed by Keane’s having put his feet on the ground and talked to local figures (unlike, I should add, the vast bulk of mainstream political scientists who send out surveys and crunch numbers while glued to their chairs at university campuses). He knows these political economies and their political dramaturgies inside and out. He intends this book as a provocation, putting his polaroid pictures of the new despotisms into words that demand us to stop and take a good look at what is going on around us — partly in response to our own frivolities and hypocrisies — not just afar, but close to home. •

Paul ’t Hart is a Professor at the Utrecht University School of Governance in the Netherlands. His most recent books are Great Policy Successes (Oxford University Press, 2019) and Successful Public Policy: Lessons From Australia and New Zealand (ANU Press, 2019), both available in online open access.

Books | Energy, ambition, bravado and intellect — so what went wrong for Malcolm Turnbull? 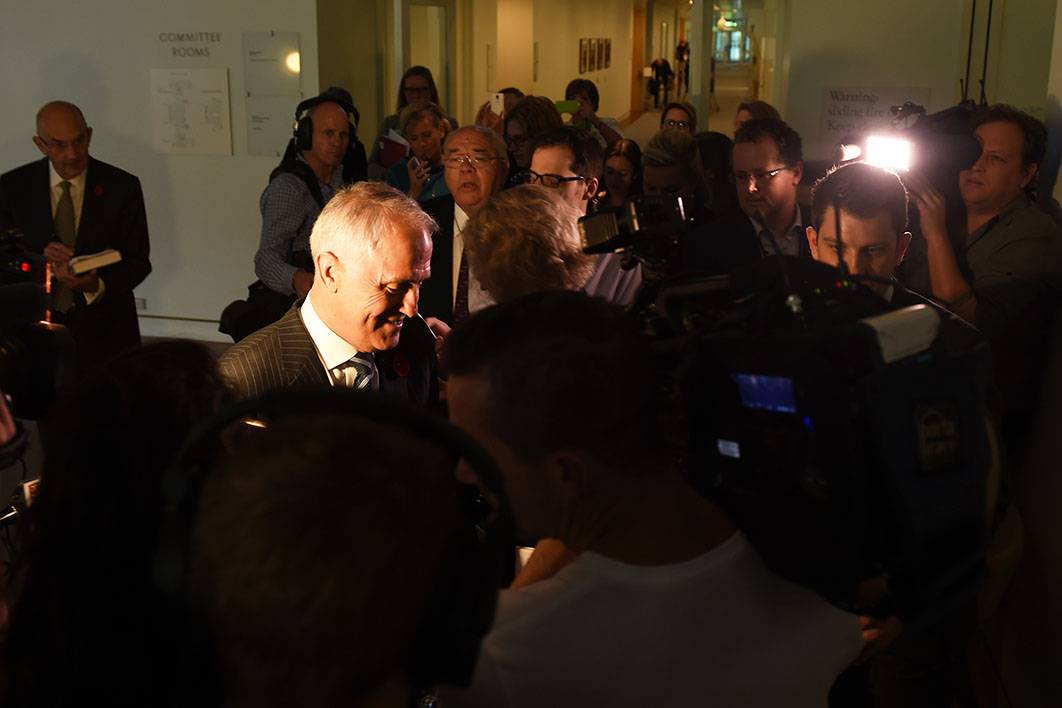