Why should we read Hugh Stretton in the twenty-first century? 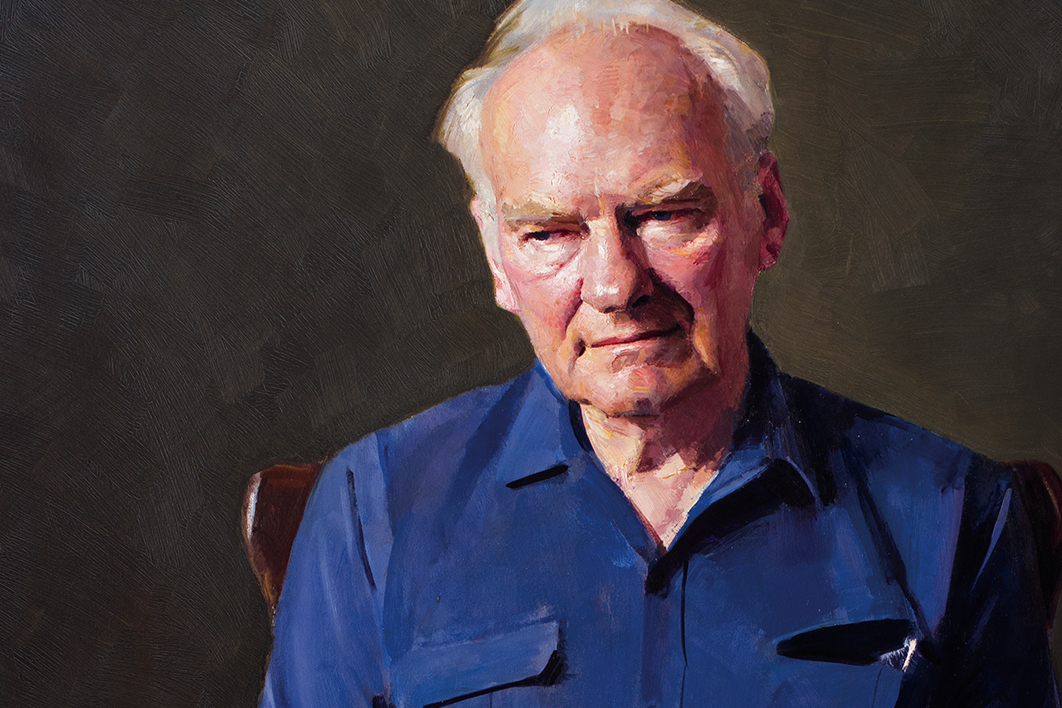 A generous, humane and original vision: detail from Robert Hannaford’s portrait of Hugh Stretton. Courtesy of the artist

In his time, Hugh Stretton was admired as Australia’s foremost public intellectual and a social-democratic thinker of international stature. His prolific writings on cities, housing, economics, history and the social sciences attracted appreciative readers on both sides of politics. His most popular book, Ideas for Australian Cities (1970), became the manifesto for a generation awakening to the distinctive features of our cities and suburbs. He gave the ABC’s Boyer Lectures on housing policy, speculated on how new technologies and environmental change would reshape Western societies, and challenged the effects of neoliberal economics on their public life.

As powerful as his writing, however, was his personal influence. As a speaker, teacher and mentor, Stretton inspired a generation of academics, politicians, planners and public servants, people who shared his vision of a fairer Australia. His domed forehead, leonine good looks and gravitas made an immediate impression on all those who heard or met him. Colleagues were in awe of his speed and clarity of thought, the simplicity of his speech and his extraordinary breadth of knowledge, practical as well as theoretical. Yet he was modest, self-deprecatory and generous almost to a fault.

Among twentieth-century Australian intellectuals, perhaps only one other figure — the philosopher John Anderson — was similarly revered. In a country sometimes considered resistant to intellectual pursuits, each commanded attention for his intellectual charisma. Anderson developed a distinctive philosophical approach, Australian realism, and drew a band of devoted disciples, the Andersonians, although their influence hardly spread beyond Sydney. While drawing strength from the progressive traditions of Melbourne and Adelaide, Stretton reached a wider national and international readership. For a time, his ideas influenced social policy in Adelaide and Canberra, and even after his brand of social democracy faded he remained an incisive critic of its opponents. Yet while his writing was widely read, he won admirers rather than disciples. There are no Strettonians.

Like Anderson, Stretton was an Australian original, a big-picture thinker conversant with the wider currents of British and American thought, but with distinctively Australian attributes: a resistance to abstraction, a respect for the lessons of practical experience, and a preference for plain speech. Immune from the herd instinct of parties and schools, he defied conventional labels. He was sometimes called enigmatic or idiosyncratic, although there was really nothing mysterious or contrarian about him. While resistant to Marxism — he believed that “the idea of having a theory of everything is death” — he defied cold war suspicions and both encouraged and appointed individual Marxists.

The label most frequently applied to Stretton is “social democrat,” sometimes with the qualification “pragmatic.” It is accurate as far as it goes, capturing his belief in democratic state action to redress social disadvantage, but it misses a strain of paternalism that irked some critics. “Moderate socialist or radical conservative” was how he described himself in Ideas for Australian Cities. Then and later he usually placed himself on the left, but gave the term his own definition: “I use the terms ‘Left’ and ‘Right’ not for forms of government but for attitudes to equality.” In that regard he was old-fashioned, for he had little interest in emerging leftist preoccupations with questions of identity and diversity. Asked about his beliefs, he offered “Christian atheist.” His heroes included the Christian socialist R.H. Tawney, the sociologist and activist Michael Young, the old-school South Australian public servants J.W. Wainwright and Alf Ramsay, and the long-serving Australian Reserve Bank governor and advocate for Aboriginal Australians Herbert “Nugget” Coombs.

So then: why read Stretton?

First, simply for the pleasure of following a brilliant thinker as he stretches his mind. We read him, as we may read Swift or Adam Smith or Orwell or Donald Horne, for the power of his words as well as for the freshness of his thinking. Hugh loved the English language and took writing seriously. He wrote as he spoke: crisply, plainly and concisely. While never using a long word or sentence where a short one would do, he could nevertheless require close attention from his readers. So compressed and subtle is his reasoning that at times the reader can be left gasping, figuratively, for breath at the end of the page.

He admired successful journalists who could make abstract ideas vivid and concrete: “He’s writing about people whose faces and jumpers you can see,” he remarked of Donald Horne. His own sketches of Australian cityscapes and his keenly observed portraits of Coombs and Paul Keating show how well he mastered that art. Some of Stretton’s most attractive writing is in unpublished public addresses, magazine articles and broadcasts, where he allows more of his personality and wit to shine.

Second, Stretton showed us what it is to be a public intellectual. He addressed questions of high public importance. He regarded reasoned public debate as the right way to settle them. He wrote and spoke prolifically in public meetings; public lectures; public broadcasts; newspapers, both local and national; journals of comment; and reviews. He respected the conventions of civilised discussion. “Always respect, as far as they’re there, the good intentions of the folk you are arguing against,” he wrote in one of his last essays. “All sorts of economic rationalists with whom you and I might disagree have the best of good intentions.” In the era of shock jocks and spin doctors, as reasoned public debate gives way to naked partisanship and unsupported opinion, he shows us how citizens may productively disagree.

Third, Stretton memorably articulated a generous, humane and original vision of Australia. He was sometimes described as a maverick, yet he also voiced the best hopes of a generation: the progressive, university-educated moral middle class. The historian Judith Brett credits the moral middle class with the birth of the Liberal Party. “The middle class,” she writes, “rallied round a conception of citizenship which combined civic duty with a personal ethic of selfless service to challenge Labor’s claim to be a party of government.”

Stretton reminded us of another face of the moral middle class, the progressive intellectuals, whose conception of civic duty drew them to the other side of politics. They were the brains of the Whitlam and Hawke governments. Educating and supporting them was Stretton’s lifelong project. Ideas for Australian Cities was their manifesto as well as his. When applicants were interviewed for positions in the Whitlam government’s Department of Urban Development, the first question was: “What do you think of Stretton?”

But if Stretton was a force in the 1970s and 80s, why read him now? Surely his day has passed. Haven’t his neoliberal adversaries won the battle of ideas? Hugh sometimes asked these questions himself. He was convinced that the battle of ideas had consequences for the whole society. But he was wary of siding with the big battalions or the newest arrivals on the field, or of declaring victory at any stage of the contest. “New ways of doing things are neither necessarily better, nor necessarily worse, than old ways,” he wrote in “How Not to Argue.” “We can pick up ideas and historical experience from any place or time, if they promise well for us.” I think he would have applied the same test to himself, urging us to take only as much from his thinking — or from that of his adversaries — as “promises well for us.”

A social scientist with Stretton’s values now begins in different circumstances and with different questions. Some of the changes he resisted have now become so entrenched as to make their reversal difficult, if not impossible. Once you have sold off the family estate of state-owned enterprises, for example, it may be impossible to buy it back again. And once you have exposed the Australian economy to global forces, it will almost certainly be impossible to re-erect the protective structure of exchange controls and tariffs Stretton fought to keep intact.

There are now signs, however, that the neoliberal revolution may have run its course. Even one of its architects, Paul Keating, says so. There aren’t too many state enterprises left to privatise. And, as a royal commission is finding, the so-called liberation of the financial system hasn’t liberated everyone. The benefits of globalisation are more apparent at the top end of Collins Street and Pitt Street than in our rusting manufacturing towns and suburbs. The abandonment of any idea of a fair wage as a call on industry has condemned many Australians to low-paid casual employment. The dream of home ownership is out of the reach of many younger people. The disparities in income and life chances that Stretton observed and sought to reduce in the 1970s have only widened since. In short, Australia Fair is now suffering a fairness deficit.

The conditions are ripe for a change of political course. But if “fairness” is now the agreed direction, it remains unclear how it will be followed. If the United States and Britain are any guide, it may produce a politics of suspicion, anger and indiscriminate redress rather than one of democratic, intelligently designed, progressive reform. For the democratic left, the temptations of populism and the short-term political fix are ever-present.

As they look ahead, those who hope for a fairer Australia could do worse than return to the writings of Hugh Stretton. They will not find ready-made recipes, but they may be reminded of principles and policies that bear reconsideration and perhaps renovation. What they will find is a model of how to think rigorously, ethically and imaginatively about the good society. Such models are not so abundant that we can afford to dispose of them too soon. •

This is an edited extract from the introduction to Hugh Stretton: Selected Writings, edited by Graeme Davison, published by La Trobe University Press.

Graeme Davison is Emeritus Professor of History at Monash University. His books include The Rise and Fall of Marvellous Melbourne, The Unforgiving Minute: How Australia Learned to Tell the Time, Car Wars: How the Car Won Our Hearts and Conquered Our Cities and Lost Relations: Fortunes of My Family in Australia’s Golden Age. 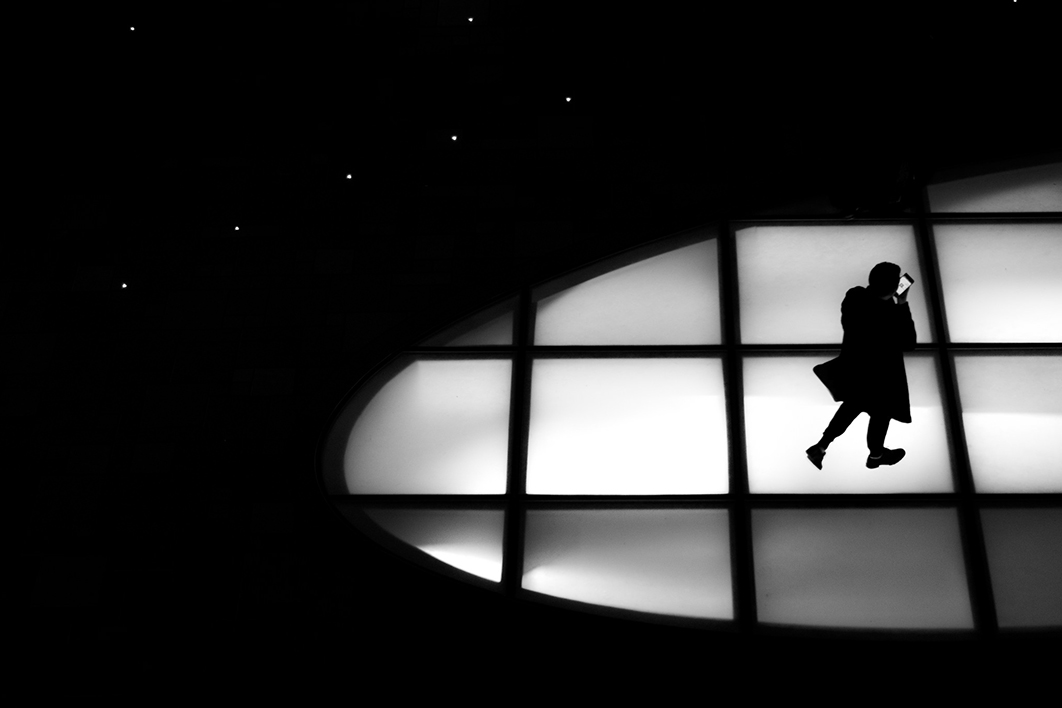