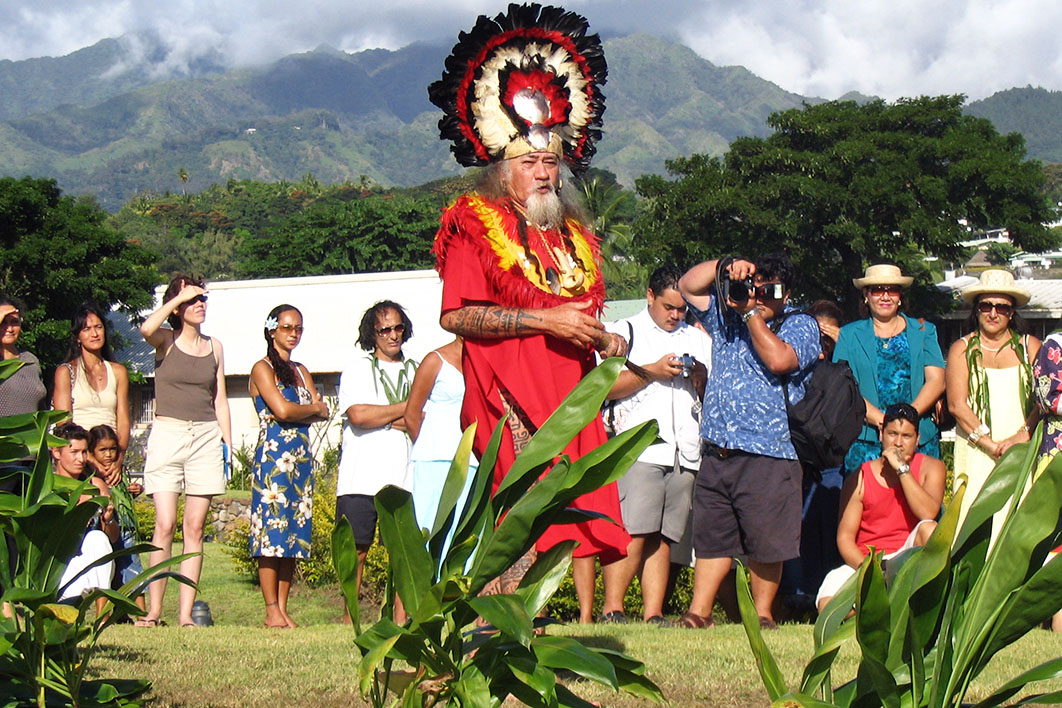 Nuclear survivors in French Polynesia are calling for changes to the law that governs compensation for people exposed to radiation during French nuclear testing in the South Pacific. In the decade since the adoption of the Morin Law, as it’s known, people across the five archipelagos of French Polynesia have only strengthened their resolve to see a fairer law applied more consistently.

France conducted 193 atmospheric and underground nuclear tests in French Polynesia between July 1966 and January 1996. Two and a half decades later, many Maohi (Polynesians) employed at the test sites on Moruroa and Fangataufa atolls are suffering from cancer, skin diseases and other illnesses.

A scheme to compensate civilian and military personnel for the effects of exposure to ionising radiation, named after then defence minister Hervé Morin, was passed by the French parliament in January 2010. The legislation created a new commission, the Comité d’Indemnisation des Victimes des Essais Nucléaires, or CIVEN, to evaluate compensation claims.

Over the first five years of operation, however, CIVEN approved only 2 per cent of claims. Although reforms since 2017 have improved the compensation process, political and community leaders in French Polynesia see recent changes to the law as a step backwards that will significantly restrict access to compensation.

Among those concerned by the latest change is Father Auguste Uebe Carlson, a Catholic priest and president of Association 193, an organisation that mobilises churchgoers in Tahiti around the legacies of the 193 nuclear tests. He believes that health problems in French Polynesia extend beyond the thousands of workers and soldiers who staffed the nuclear test sites.

“The atmospheric tests impacted on all of French Polynesia,” he says. “The French state has difficulty admitting that radiation-induced illnesses have not only affected the Moruroa workers, but the whole population over many generations.”

For decades, French politicians argued that cold war–era testing left no adverse health or environmental legacies. But there is clear evidence of radioactive fallout from French atmospheric tests between 1966 and 1974. Medical researchers have documented significant increases in thyroid cancer, myeloid leukaemia and other illnesses among the Maohi people across the five archipelagos of French Polynesia.

The International Atomic Energy Agency has documented how radioactivity from underground tests leached into the marine environment around the fragile coral atolls between 1975 and 1996. In 1998, the agency estimated that five kilograms of plutonium were dispersed through the sediments of the lagoon at Moruroa atoll.

Today, many people who once supported nuclear testing have acknowledged these hazards. In a stunning statement to the local assembly in November 2018, French Polynesian president Edouard Fritch admitted that successive governments had made false statements about the health and environmental effects. “For thirty years we lied to this people that these tests were clean,” he said. “It was us who lied and I was a member of this gang! And for what reason did we lie? Because our own leader had seen a bomb explode.”

When the Morin Law was enacted, survivors criticised the fact that compensation decisions were ultimately made by the French defence minister rather than an independent decision-maker. They were also angered that Article 4 of the law deemed that there was “negligible risk” of contamination, leaving applicants with the challenge of proving that significant levels of radiation exposure had in fact caused their illness.

Many Maohi workers lacked health records or documentation of their employment at the nuclear test sites, so this provision created a burden of proof that many found impossible to meet. Data released by CIVEN shows that between 5 January 2010 and 15 March 2015, only seventeen of 862 claims were approved from applicants from France, Algeria and French Polynesia.

Since then, protests by political and community groups in Tahiti and France have led to a series of changes. CIVEN has been transformed from an advisory body to the defence minister into an independent statutory organisation with its own chair (currently senior official Alain Christnacht, who has served successive French presidents as an adviser on Pacific affairs).

The reference to “negligible risk” was removed from the law in February 2017, resulting in a steady increase in the number of successful claims. “For applicants living in French Polynesia,” reports CIVEN, “only eleven claims were accepted between 2010 and 2017, while 154 claims were favourably received between 1 January 2018 and 22 June 2020.”

Despite this advance, the law was changed again in December 2018 through an amendment proposed by Lana Tetuanui, who represents French Polynesia in the French Senate in Paris. Tetuanui is a member of Tapura Huiraatira, Edouard Fritch’s governing party. Her amendment sets an annual radiation dose of at least one millisievert, or mSv, as a measure for making a valid claim. While this is a low threshold, it once again requires applicants to prove their level of exposure — a difficult task when the French government still restricts release of radiation data under national security laws.

The Tetuanui amendment sparked renewed calls for reform of the Morin Law, with criticism led by Moruroa e Tatou (Moruroa and Us). This association unites thousands of Maohi workers, including labourers, truck drivers and scuba divers, who worked at the test sites on Moruroa and Fangataufa atolls and the support base on Hao atoll throughout the testing era.

Following the March 2019 death from cancer of Moruroa e Tatou’s long-time leader Roland Oldham, the association’s new president is Hiro Tefaarere. The former police inspector, trade union leader and politician has long been a critic of French colonialism. Speaking from his home on the island of Huahine in the Leeward Islands, Tefaarere echoes the call for action from politicians and church leaders in Tahiti. “The Tetuanui amendment is a serious problem,” he says. “We want this amendment to be withdrawn but we also want to go much further. It’s not just the Moruroa workers. According to official government figures, more than 20,000 people in French Polynesia died of cancer between 1996 and 2016.”

Tefaarere says he has met twice with CIVEN chair Alain Christnacht, “who I believe is a man of his word. We want him to speed up the compensation of all the victims of nuclear testing — whether they were military or civilian workers or people living on nearby islands who were contaminated.”

“It’s vital that President Macron, his new prime minister and the new government should meet with us, to discuss all of the concerns that we are raising,” he said. “We hope that President Macron will follow his predecessor François Hollande, not just to recognise the victims but to compensate them.”

Moetai Brotherson, who represents French Polynesia in the National Assembly in Paris, agrees that the compensation process has flaws.

“If the Tetuanui amendment had not been put into law, it wouldn’t be a problem at all,” he tells me from Tahiti. “Before, you only had to prove that you were in French Polynesia during a certain period of time, and you were eligible for compensation if your illness was on the list of diseases that are linked to nuclear testing. The ‘negligible risk’ provision was taken out of the legislation and things were moving smoothly. The number of files addressed was increasing.”

Brotherson was stunned last June when a joint committee of the French Senate and National Assembly reaffirmed that the Tetuanui amendment should remain in the Morin Law. “The most shocking thing about all of this was that the decision was taken without any of the Polynesian deputies or senators being present in Paris because of the Covid crisis,” he says. “So, there was none of us there to defend the fact that we didn’t want this millisievert level put back into the law. That was really a trick played behind our back, I would say.”

A 30 June statement from CIVEN released a complex twenty-page description of its methodology, which acknowledges the uncertainty created by the Tetuanui amendment:

The reversal of presumption is very different to that of “negligible risk”… [I]t is, however, the legal and regulatory norm which CIVEN must adopt. Aware that each case is different, CIVEN admits however that it is possible in certain circumstances to recognise as a victim those people who received a dose less than 1 mSv — especially because of the age of exposure for certain cancers or the location of the worker.

Brotherson calls on the new French government to deal with these inconsistencies in the way the Morin Law is operating. “The difficulty now is that the system will operate on a case-by-case basis,” he says. “We’ve seen lately a decision by the administrative court that supported the applicant, saying that CIVEN had to prove that the person had not been exposed to at least one millisievert of radiation. But decisions of this court can vary and so it’s now on a case-by-case basis.”

In Tahiti, Father Carlson of Association 193 agrees that inconsistencies in application of the law persist, despite recent reforms. He points to the case of two sisters from the Austral Islands, who met all the conditions set by the Morin Law. “One was given compensation, the other was refused,” he says. “We don’t understand why the second application was rejected when both women lived in the same environment. When we questioned CIVEN about this, they said that the commission was given the power to determine levels of exposure by the Tetuanui amendment.” In other words, he says, “the French state is both judge and accused.”

Father Carlson says he shares the pain felt by many victims, having been born in the Gambier Islands, an archipelago just 420 kilometres southeast of Moruroa atoll. “I am one of many witnesses to the generation that was sacrificed in the Gambier Islands,” he says. “Many people have died aged in their forties or fifties, sometimes suffering from multiple cancers at the same time. My two mothers — one biological, one adoptive — both died. What has happened to my family is not an isolated case, rather it is happening to thousands of Polynesians. That is what drives my commitment to this issue.”

President Macron was scheduled to visit Tahiti in April this year, to meet the government of French Polynesia and host a France–Oceania summit with Pacific island leaders. But his trip was postponed when the French government began grappling with the coronavirus pandemic. (France currently has 181,000 Covid-19 cases and has recorded nearly 31,000 deaths.) When the French president eventually arrives, he is likely to face public protests, as church and community leaders call for action on the legacy of twentieth-century nuclear testing.

Father Carlson says that Association 193 has three crucial demands for Macron: “Firstly, the removal of the Tetuanui amendment. Next, we would like to see the creation of an independent study into intergenerational illnesses. Thirdly, if President Macron is to visit Tahiti, we would like the French state to apologise for the many nuclear tests that transformed our island paradise into hell.” •

Reporting for this article was supported by a Sean Dorney Grant for Pacific Journalism through the Walkley Public Fund.

The long road to healthcare justice 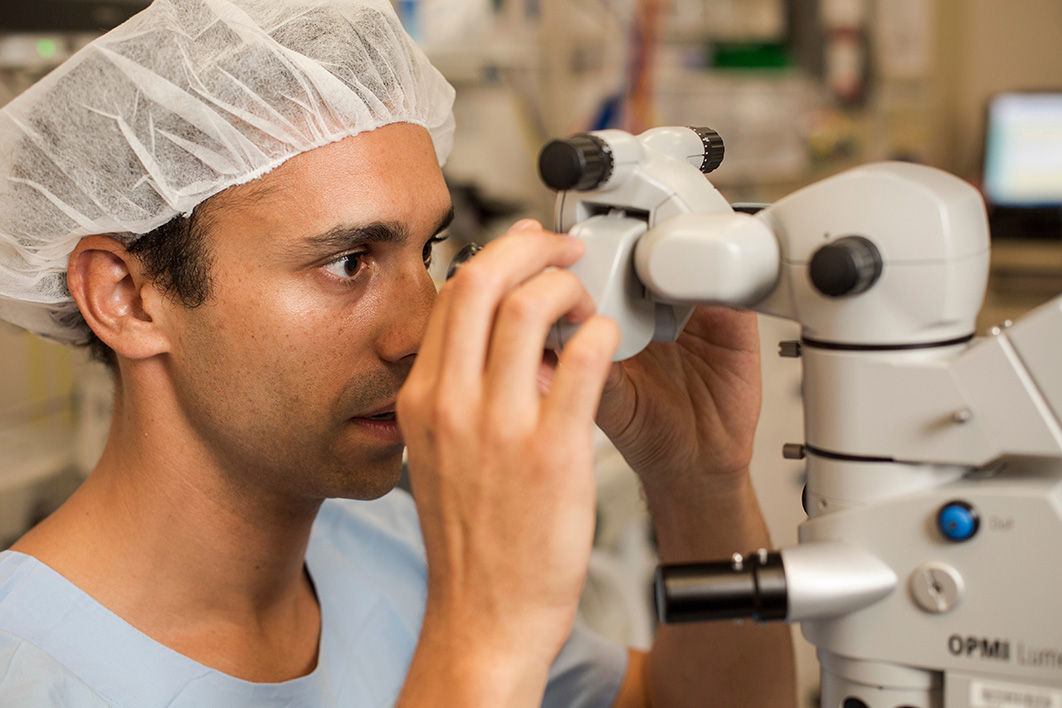