“Wealthy, diversified and resilient.” Where’s the risk in that? 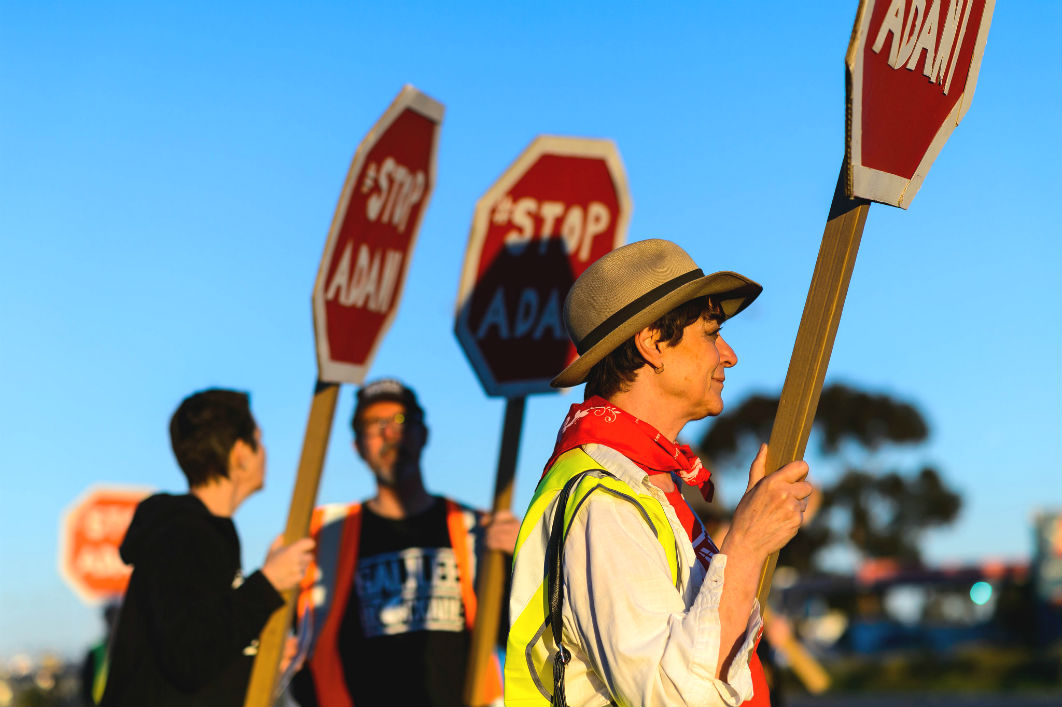 Protesters last year at the Melbourne plant of mining services company Downer, which had been contracted to help build Adani’s Carmichael mine. The two companies subsequently ended their association. Julian Meehan/Flickr

Sovereign risk — a term once restricted to conversations among financiers, rating agencies and Treasury officials — has become much more widely used since the global financial crisis. Along the way, it has lost its precise technical meaning — the risk that a government will default on its debt, and particularly debt to foreign lenders or investors — and increasingly (and incorrectly) been used in debates about almost any change in government policy that might adversely affect any or all foreign investors.

Changes in sovereign risk — in its true sense — are important because they influence the credit ratings issued by the major international rating agencies, including Moody’s, Standard & Poor’s and Fitch. More risk generally means a lower rating for a government, and a lower rating means that financiers will demand higher returns when they lend to that government and investors may choose to send their funds elsewhere. Some supporters of the Adani Carmichael coalmine are using the term in its much less precise sense to argue that any attempt by government to kill off the proposal will increase perceptions of sovereign risk and damage Australia’s financial standing.

Why sovereign risk? Throughout history, monarchs — that is to say, sovereigns — have occasionally defaulted on their debts. When that has happened, lenders have generally not had the same options open to them as they would have had if a private borrower defaulted on a loan. One of the earliest recorded examples comes from 1339, when Edward III of England defaulted on his debts to bankers and merchants in Florence, debts he had incurred in order to finance wars in France. Some other sovereigns were happy to follow his example, among them the French kings who defaulted on foreign debts eight times between 1558 and 1788. Later, as cross-border lending became more widespread during the nineteenth and twentieth centuries, defaults by governments became much more common.

These days, sovereign risk is one type of “country risk” that investors face when they invest outside their own country. Others include the possibility of assets being expropriated or nationalised by a government (with or without adequate compensation) and the possibility that investors will be prevented from repatriating dividends, profits or capital as a result of exchange controls or other regulations.

This is where the rating agencies come in. To calculate a government’s creditworthiness, they assess a country’s political and institutional framework, economic performance, fiscal position and external financial position — and the capacity of each to cope with “shocks,” either of domestic origin or from abroad. They recognise that democratically elected governments come and go (and they tend to mark down those that remain in power by undemocratic means), and they recognise that policies will change when governments change. They also know that incumbent governments can alter their policies in response to changing circumstances or political pressures. None of these changes is likely to affect a country’s sovereign rating unless it prompts a reassessment of a country’s relative willingness or ability to meet its financial commitments. International banks make similar judgements about lending to Australian governments and businesses based on similar criteria.

Since November 2011, Australia has been one of only ten countries to be rated AAA by all three of the main rating agencies. (The other nine are Canada, Denmark, Germany, Luxembourg, Netherlands, Norway, Singapore, Sweden and Switzerland.) Standard & Poor’s sums up why: “Australia is a wealthy, diversified, and resilient economy” in which “institutions are stable and provide checks and balances to power, there is strong respect for the rule of law, and a free flow of information and open public debate of policy issues.”

None of this suggests that Australia’s credit rating would be adversely affected by a change in government policy that stops a coalmine or any other foreign investment proposal from going ahead. In fact, the record shows that our sovereign debt rating has never been affected by a government decision on environmental grounds. Among those decisions are:

● A ban on sand mining (by an American company) in 1977, after the Fraser government used its powers over mineral exports to force the company to cease operations.

● The WA government’s introduction in 2006 of a requirement that all new gas developments in that state must supply the equivalent of 15 per cent of their LNG exports to the domestic gas market.

● WA government restrictions on coalmining in the Margaret River region.

● State and territory restrictions or bans on coal-seam gas exploration and development, and/or “fracking.”

In other words, there is absolutely no reason to think that Australia’s sovereign credit rating would be affected if a government were to prevent the Adani Carmichael coalmine from going ahead out of concern for its possible impact on the Great Barrier Reef, or for other environmental reasons.

Nor is it likely that any such decision would prompt international banks to downgrade their assessment of Australia’s “country risk,” given that Australian banks (and many foreign banks) have themselves been reluctant to lend to the Carmichael mine. When a government blocks a project that banks won’t finance themselves, they are hardly likely to increase Australia’s “country risk.”

A decision to prevent the Carmichael mine from proceeding could prompt international coalmining companies to review Australia’s attractiveness as an investment destination. But any such reassessment would, of necessity, consider Australia’s attractiveness as an investment destination relative to other countries with significant coal reserves or export potential.

The largest coal exporters after Australia are Indonesia, Russia, the United States, Colombia, South Africa, Canada, the Netherlands, North Korea, Mongolia, China, Poland, the Philippines, Kazakhstan and the Czech Republic. It’s very difficult to imagine any of these countries, with the possible exceptions of the United States and Canada, becoming “more attractive” destinations for investment simply because an Australian government stopped the proposed Carmichael mine from proceeding on environmental grounds.

Any re-evaluation would also recognise that both the US and Canadian federal and state or provincial governments have from time to time stopped coal-related projects from going ahead on environmental grounds.

Earlier this year, for instance, Canadian company Kinder Morgan suspended the expansion of its Trans Mountain oil pipeline as a result of “continued actions in opposition to the project” by the British Columbia provincial government. There is no evidence to date that Canada’s “ability to attract capital” has been adversely affected by this decision — and certainly there has been no effect on Canada’s sovereign credit rating, or the Canadian currency.

It is quite possible that some investment in energy projects could be deflected from Canada to the United States — but investors would also know that the regulatory environment for energy projects in the United States could change abruptly depending on the outcome of future congressional or presidential elections (as occurred after the 2008 elections and, in the opposite direction, after the 2012 elections).

Saul Eslake is a Vice-Chancellor’s Fellow at the University of Tasmania, and an independent consulting economist. This article draws on his recent report on the Adani proposal for the Australian Conservation Foundation.

Maternal and infant mortality rates in the United States are already shamefully high, and the Trump administration’s policies are making them worse. But California is showing how it can be done differently 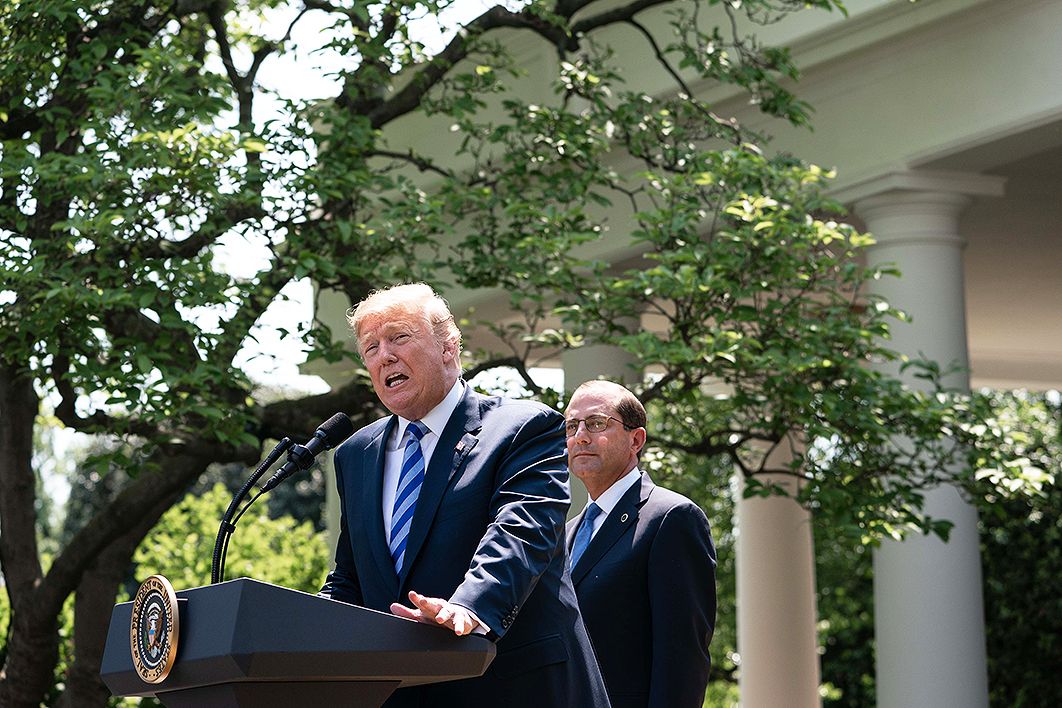