Weighing the costs of war 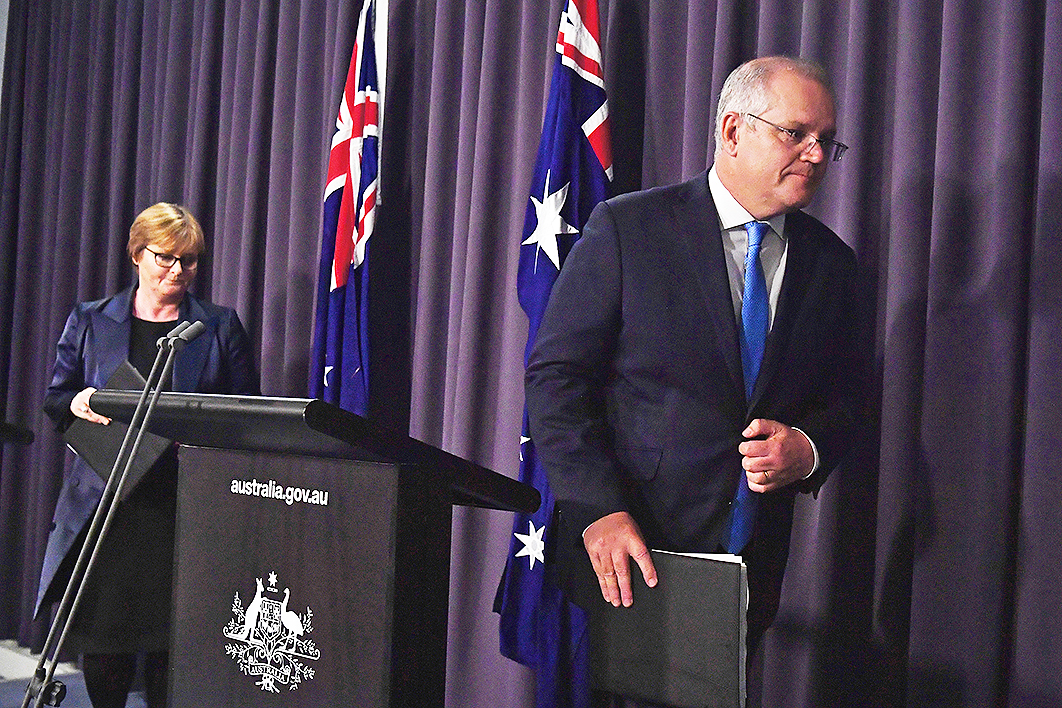 With his four-year investigation of crimes allegedly committed in Afghanistan by members of the Special Operations Task Group now complete, Justice Paul Brereton has handed his findings to the chief of the defence force, Angus Campbell, and defence minister Linda Reynolds. An ABC report suggests that the judge has recommended criminal prosecutions, military sanctions and other responses to around ten incidents involving between fifteen and twenty people. Today’s announcement of a special war crimes prosecutor appears to confirm that sufficient evidence exists for cases to go to trial.

The Brereton inquiry was conducted in such secrecy that even its terms of reference aren’t public. But a recent Parliamentary Research Service report spells out how events unfolded after media outlets began publishing allegations of serious misconduct in Afghanistan more than a decade ago. The key date is 2015, when special operations commander Jeff Sengelman responded to rumours and internal accounts of misconduct by commissioning Canberra-based sociologist Samantha Crompvoets to examine “special operations command culture interactions.” It became clear that “a culture of impunity… may have normalised allegedly disturbing behaviour” (in the words of the Sydney Morning Herald) and that serious governance and behavioural lapses had occurred.

Sengelman forwarded those findings to the chief of army, Angus Campbell, in early 2016, and Campbell asked the inspector-general of the Australian Defence Force to ascertain whether the allegations had any substance. Sometime after that, the inspector-general appointed Brereton, a justice of the NSW Court of Appeal, to inquire into the matter.

Given that this all looks somewhat like the ADF investigating itself — and doing it in great (if understandable) secrecy — it is reasonable to ask how independent this inquiry really is. The answer: very independent. The inspector-general is a statutory position established outside the chain of command to monitor the health of the military justice system and, where necessary, conduct inquiries into matters concerning the defence force. The inspector-general may in turn appoint an assistant inspector-general, who is a judicial officer. Such appointees (of whom Justice Brereton is one) are not bound by the rules that apply to other inquiries by the inspector-general; they are required to conduct their inquiry in a manner they consider appropriate “having regard to the subject matter of the inquiry.”

In plain English, Justice Brereton, operating as part of a system that sits outside the normal chain of command, is not only free to investigate as he thinks fit but also required to do so. No one may give him directions.

Justice Brereton’s findings are disturbing, to say the least. Earlier this year, the inspector-general revealed that fifty-five separate potential breaches of the laws of armed conflict had been identified as having been committed by Australia’s Special Operations Task Group in the period 2005–16. The inspector-general noted that the inquiry had focused not on decisions made during the “heat of battle” but on the treatment of individuals who were clearly non-combatants or were no longer combatants.

We can take some comfort from the fact that this appalling behaviour came to light as a result of appropriate action both at the front line and at the highest level of command. Fellow members of the Special Operations Task Group brought the incidents to light, the commander of special operations commissioned the Crompvoets report and handed it to the chief of army, and the chief of army referred it to the inspector-general, who appointed Justice Brereton to investigate.

It is important to note that the Brereton inquiry is an administrative process rather than a criminal investigation. It is intended not only to ascertain whether misconduct has occurred but also to exonerate those who may be affected by unsubstantiated rumours and allegations. It will be for the newly created Office of the Special Investigator, operating within the home affairs department and leveraging the powers of the Australian Federal Police, to decide how and when to deal with the recommended criminal prosecutions, and perhaps the military justice system will play a role in considering military sanctions.

No doubt the defence department and the military hierarchy will also need to determine why the issue came to Sengelman’s notice only via rumours and media reports rather than up the chain of command. Who, between the frontline soldier and Sengelman, knew what about this behaviour, when did they know it, and what did they do about it? What leadership failures occurred at those intermediate levels?

There are suggestions that some frontline soldiers became almost untouchable because of the “old hand” status they had acquired from repeated deployments — and perhaps too many deployments is itself part of the problem. Perhaps, also, decades of concealing special operations members from public view may have been misconstrued by some insiders as an indication that they were immune to scrutiny. We know that Justice Brereton’s inquiry examined the organisational, operational and cultural environment that may have enabled the alleged breaches, and it will be surprising if he does not have a lot to say about them.

What will probably get less attention, because it will be beyond the scope of the inquiry, is the light that these dreadful incidents, and others revealed in the ABC’s 2017 series The Afghan Files, sheds on the nightmare that military conflict of this kind visits on the civilian population we are supposedly trying to help. Innocent people in the contested zones come under threat both from the indigenous insurgents — the Taliban — and heavily armed special forces able to descend on them from the sky at any moment. No matter how diligently the invading forces concentrate on individuals assessed as high-value targets, innocent civilians will be killed, either because they are unlucky enough to be in the wrong place at the wrong time or because a highly trained soldier had to make a split-second decision in the heat of battle — a decision on which his own life may depend — about whether a person in his field of fire represented a risk. We now know that some who are killed are either non-combatants or are no longer combatants.

According to the ABC report on next week’s release, senior army figures estimate that Australian personnel killed more than 5000 individuals during the Afghanistan deployment. Most were suspected Taliban fighters, but numerous of them were innocent civilians. The UN Assistance Mission in Afghanistan reports that 1282 civilians, including 340 children, were killed during the fighting in Afghanistan in the first half of 2020. While anti-government elements were responsible for more than half of those deaths, pro-government forces killed more children, mainly with airstrikes and indirect fire during ground engagements. Children and women continue to be disproportionately affected by the violence.

The humanitarian cost of these military engagements is one factor that should be explicitly weighed up when we contemplate participating in foreign military conflicts. So too is the damage to our own military personnel. It is not good enough to go along with US-initiated military action simply to show that we are “a good ally,” and nor should we hang around year after year, long after the endeavour has become a lost cause, simply because our ally would prefer to sustain operations at some level rather than admit defeat. Apart from the continuing impact on the civilian population, how can morale and a sense of purpose hold up in the absence of a plausible strategy for winning? Does killing supposed adversaries become an end in itself?

The place to consider and debate these costs before committing to military action, and to take account of the financial and opportunity costs of tying up defence forces far from our shores, is our national parliament. It is to be hoped that we will make no future commitments to military action — apart from emergency decisions for the direct defence of Australia — without a parliamentary resolution emerging from a fully informed debate.

Finally, knowing what we know now, it would be a good time for the government to consider dropping the charges against David McBride, the man at the heart of the leak that prompted the ABC’s The Afghan Files and led to the AFP raids on the ABC offices. McBride faces charges of theft of Commonwealth property, breaching the Defence Act and unauthorised disclosure of information. He says he tried to push the story internally before going to the federal police and the media; surely it is time to lay off the messenger and concentrate on the message. •

Paul Barratt, a former Secretary of the Department of Defence, is President of Australians for War Powers Reform. He is an Adjunct Professor in the School of the Humanities, Arts and Social Sciences at the University of New England.