What are whitefellas talking about when we talk about “cultural burning”?

Having yet again rediscovered Aboriginal land management practices, let’s not let the opportunity slip away 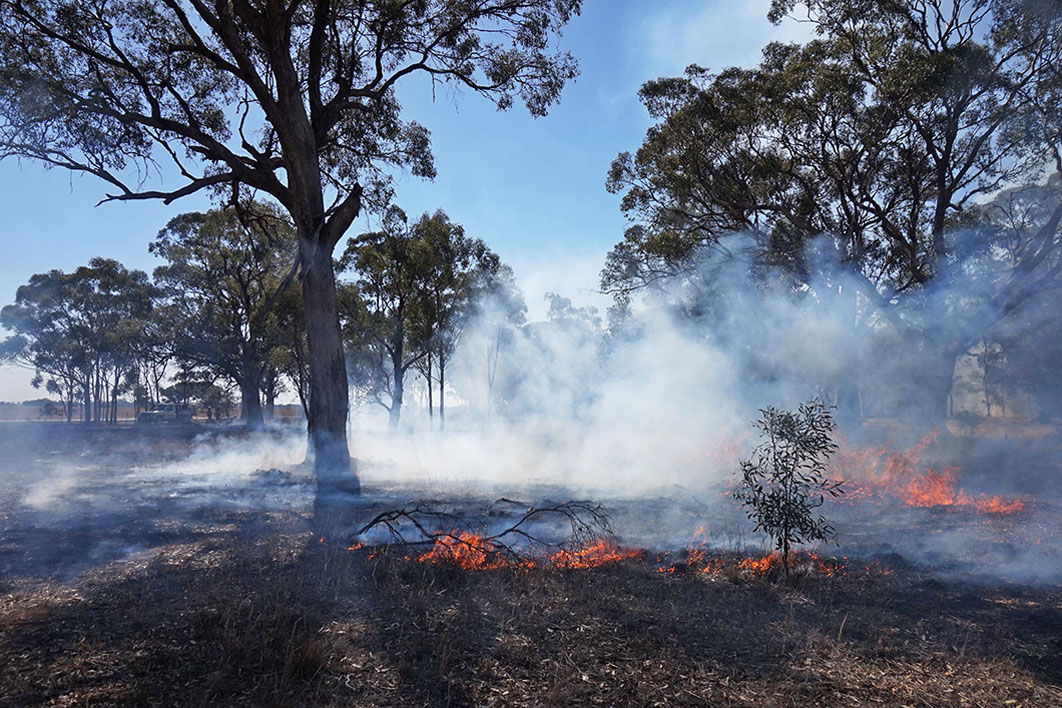 Across the southeast of the continent now known as Australia, the recent bushfire season provoked a surge in interest in Aboriginal peoples’ fire practices and knowledge. These practices are often described as “traditional burning” or “cultural burning,” and framed, inadequately, as “an ancient Indigenous land-management technique” that should be used “to reduce the risk of catastrophic bushfire.”

The wave of interest comes on top of a growing awareness of the broad and deep history of Aboriginal peoples’ uses of fire in the landscape. Native title and land rights reforms, Indigenous fire workshops, government-funded ranger programs, reconciliation policies, local conservation initiatives, and landmark books like Bill Gammage’s The Biggest Estate on Earth (2011) and Bruce Pascoe’s Dark Emu (2014) have contributed to the buzz around cultural burning.

My experience researching in this area suggests that this situation is both exciting and fraught for many Aboriginal people involved in caring for Country in this way: exciting because they are accustomed to having their perspectives and interests marginalised, if not ignored, in public debates and policy decisions; fraught because much can go wrong when white individuals and institutions traipse into Aboriginal peoples’ lives, particularly if they are looking for “tradition” or “ancient knowledge.”

As Citizen Potawatomi scholar Kyle Powys Whyte argues, this knowledge is often framed in terms of its “supplemental value” to dominant groups. Effectively, we ask Indigenous peoples: how can your ideas add to our established approach? Instead, says Whyte, we should understand that recognising and supporting Indigenous knowledge has “governance value” because it contributes to Indigenous peoples’ resurgence and nation-building. Whyte and other scholars are wary of the “supplemental value” approach for many reasons, two of which are particularly worth highlighting. First, it is plainly colonial to make whitefellas’ knowledge and approaches central by default. If we don’t want to perpetuate existing inequalities then conversations need to happen on equitable terms. Second, searching for “supplemental” or useful knowledge will create new hierarchies of value. Given the violence that colonisation has inflicted on Aboriginal peoples, not all will have a complete knowledge of how their ancestors managed fire regimes.

Indigenous peoples’ experiences of sharing their knowledge have frequently been negative and exploitative. If we only seek to engage with Aboriginal peoples who are both eager and able to share what they know, and if we expect that knowledge to fit easily into our ideas of what “tradition” is, then we are once again in a colonial mindset, maintaining old inequalities and fashioning new ones.

How Aboriginal peoples want to approach the current interest in their fire knowledge is a matter entirely for them. For non-Indigenous people with an established or new interest in this issue, the vital question to ask is: what are we trying to achieve in seeking to support cultural burning? Are we, the beneficiaries of colonial dispossession, simply trying to make our lifestyles, houses and property safer from the increasingly combustible landscapes we have helped create? After everything, are we still looking for help without reciprocity?

For those who have studied the postcolonial history of fire management in southern Australia, it has been baffling to read media accounts that assume Aboriginal peoples’ fire knowledge needs rediscovering. Government agencies and researchers have periodically “discovered” the existence of this knowledge, only to then forget these moments — though not before elements have been appropriated or certain avenues investigated and enthusiasms spent. Let me recount a few choice examples of these churning cycles of remembering and forgetting, and draw attention to how they are fuelled by our fixation on “supplemental value.”

Following the second world war, the CSIRO created Australia’s first two research units devoted to fire. One of the groups, founded in 1953, was given the task of conducting research on fire behaviour; under the direction of Allan G. McArthur it produced formative guidance on prescribed burning and fire behaviour, and various fire danger indexes still used throughout Australia.

Although Aboriginal peoples are acknowledged only fleetingly in McArthur’s early work, this changed later in his career. In 1969, pointing to “overwhelming evidence” of Aboriginal fire use, he wrote that fuel-reduction burning was a method to “return a small percentage of forested lands to their natural condition prior to white settlement.” A few years before his death in 1978, the “father” of Australian fire science wrote that “the only way” to prevent major bushfires is to burn the land “in much the same way as the Aborigines did prior to the advent of the white man.”

Others who have written about this aspect of McArthur’s work have tended to foreground wider forest-policy battles. “Natives” had established a “natural” order of combustion, the CSIRO group argued, which now needed to be mimicked by a program of prescribed burning in the name of protecting settler populations and resources. That living Aboriginal peoples were not included in these debates, and did not clearly benefit from them, is both regrettable and unsurprising.

Meanwhile, precolonial fire practices were also playing a part in the social sciences in debates about the role of anthropogenic interventions — such as burning the landscape — in the creation of grasslands, rainforest clearings and other ecological niches. In the late 1960s, archaeologist Rhys Jones made a famous intervention into these discussions, arguing that Aboriginal peoples had for tens of millennia used “firestick farming” to change their surroundings “systematically and consciously.”

Between Jones, Sylvia Hallam, Norman Tindale and others, two distinct fields of inquiry opened up for researchers. One examined the role of intent. What did Aboriginal people mean to do when they lit a fire on Country? The second examined the spatial and temporal pattern of precolonial fires. What were the frequencies, seasonal patterns, intensities and sizes of those fires? In both cases, answering the key questions has involved examining archaeological remains, colonial journals and plant characteristics. Where contemporary Aboriginal peoples have been included in these endeavours — and this has been relatively rare — they have been almost exclusively from central and northern Australia. Often, too, they have been treated as indexes for their precolonial ancestors, rather than the holders of rights or interests in the production of facts about those ancestors.

Knowledge of fire practices has arisen in other contexts, too, but perhaps the most relevant today, given the round of reviews called in the wake of the 2019–20 season, is its treatment by government inquiries. Historian Daniel May has conducted extensive research on this topic across Australia, so let me just focus on the past two decades in the southeast.

Over the 2002–03 summer, large wildfires swept across parts of Victoria, including fires ranging over 1.12 million hectares in the northeast and Gippsland regions. The resulting commission of inquiry report devoted a chapter to the potential utility of Aboriginal peoples’ “traditional burning practices,” concluding “that repositories of this knowledge are mostly lost and any reconstructed regime would largely be speculative.” Although a 2017 Victorian parliamentary inquiry into fire-season preparedness didn’t cite that report it nonetheless took a similar tack. Only “very limited data” was available on the effectiveness of cultural burning, it concluded, recommending that a “pilot scheme” be established and overseen by a non-Indigenous research organisation.

Reading back over examples like these is frustrating. Non-Indigenous individuals and institutions, often with good intentions, have repeatedly sought to understand Aboriginal fire knowledge and practices without empowering, or even engaging with, Aboriginal peoples. They have not sought to understand or facilitate Aboriginal peoples’ right to be engaged in these conversations. Far too often, in southeast Australia, our eyes have been set on deep time and distant places, ignoring the people living today in the world around us. Far too often, we have given little or no thought to how our interest in Aboriginal peoples’ knowledge of fire must be seen as an opportunity for justice. Cultural burning is, among other things, an opportunity to forge relationships of equity and integrity with sovereign peoples.

When I tell non-Indigenous people that I conduct research in this field, they tend to ask me two questions. The first question, often in a tone of sceptical rationalism, is “Do Aboriginal peoples here in southern Australia know anything about traditional fire?” I have been asked this one by a variety of people — scientists, public servants, retirees, tradespeople and others. The second question, more earnestly searching, is “What can I do to support cultural burning?” The people who ask that one, many of whom come from a similar range of backgrounds, are looking for guidance. They feel our management of fire needs to change, as does the way we relate to Aboriginal peoples and nations. Some don’t know exactly how to engage respectfully; some are worried about making mistakes and ruining a conversation before it really gets started.

The first question is the wrong one to ask. It’s not our business. My answer to the second question can be difficult for people to hear. We should all progressively take practical steps to give up control over Country, I say, and wherever possible give Aboriginal peoples the resources to manage fire in the way they want. Different groups are going to have different aspirations for using fire, and that is their matter to determine. For our part, if we don’t want to be locked in old cycles of remembering and forgetting, looking only for the supplemental value, then our efforts need to be focused on changing policies and structures of control.

In his recent book Fire Country, the Indigenous fire practitioner Victor Steffensen uses the analogy of a car to describe the change required. We can all travel together, he suggests, but it is time for settler governments and non-Indigenous peoples to get out of the driver’s seat and into the passenger seat, letting Aboriginal peoples take the wheel. To extend the analogy, it shouldn’t simply be a matter of handing over the keys and walking away, lumping Aboriginal peoples with a vehicle with a lot of problems.

I think there is real potential for non-Indigenous people and institutions to seize on the current interest in cultural burning and support substantial change. Signs of a new approach can be seen in initiatives like last year’s Victorian Traditional Owner Cultural Fire Strategy, a collaboration between the Victorian government, the Federation of Victorian Traditional Owner Corporations and a range of traditional owner groups. In our research, my colleagues and I have encountered numerous cultural burning initiatives in southeast Australia, many with some level of government support. But in the absence of robust budgets or a clear longer-term commitment by governments, they will rely on persuasion, improvisation and intercultural diplomacy. In the best, Aboriginal peoples are treated as partners with self-determination, not one stakeholder among others.

It is pretty galling, if you think about it, to see centuries of dispossession simply followed by requests for more. We should treat last season’s fires as a chance to support Aboriginal peoples’ rights to Country and, thereby, their capacity to care for it. My hope is that, quite soon, when we whitefellas talk about cultural burning, we won’t be talking about an idealised traditional technique that might have helped us with our problems if only we’d been able to get our hands on it. We will be talking about a vital and vibrant network of groups making decisions about their Country. •

My thanks to Amy Brown, Minda Murray and Matt Shanks for their comments on earlier drafts of this piece. Any errors and omissions are, of course, my own.

Timothy Neale is a DECRA Senior Research Fellow in the Alfred Deakin Institute for Citizenship and Globalisation at Deakin University. His research is supported by the Bushfire and Natural Hazards Cooperative Research Centre and Australian Research Council.

Books | Clear, direct and sometimes cheeky, Fire Country is about more than fire 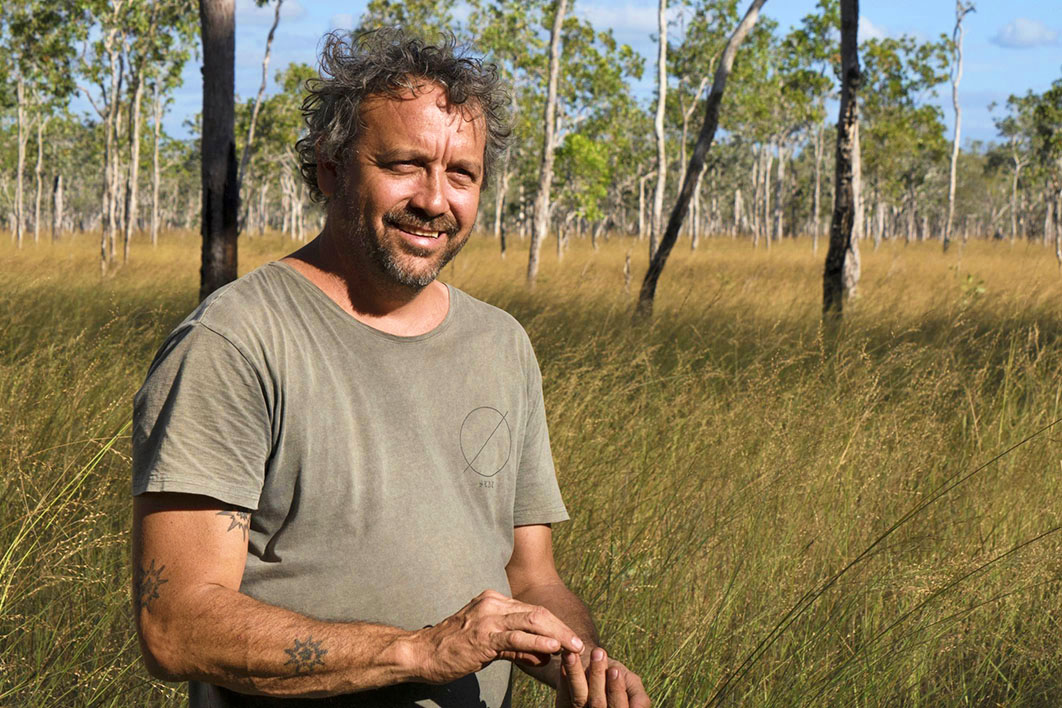