What do Australians think about equality?

Disagreements about acceptable levels of inequality often rest on a misunderstanding of the existing distribution of income and wealth, writes Andrew Leigh 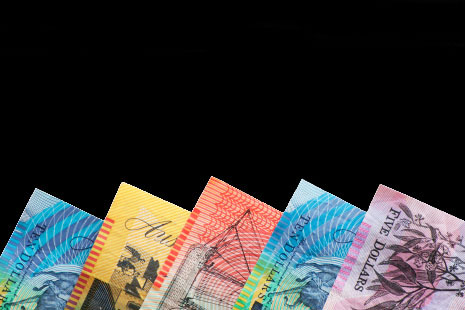 The first set of numbers is the actual distribution of wealth in Australia. When surveyed about their ideal distribution, though, the majority of respondents wanted the nation to be more egalitarian. Indeed, the second set of figures is the preference of the most affluent.

In part, this is because most people believe that our wealth distribution is considerably more equal than it turns out to be. On average, Australians think that the top fifth has 40 per cent of all wealth (actually 62 per cent), while the bottom fifth has 9 per cent (actually 1 per cent). This isn’t just a mistake that Australians make: a similar survey found that Americans also underestimated their level of wealth inequality. Shown the distributions in Sweden and the United States (without country labels), 92 per cent of US respondents preferred the former.

Earnings surveys also show a preference for greater equality. In a 2009 survey, the typical respondent thought that an unskilled factory worker should be paid $59,000 rather than $45,000. Conversely, respondents thought that a cabinet minister should be paid $208,000 rather than $235,000. In other words, cabinet ministers actually earned 420 per cent more than unskilled workers, but the typical respondent thought they should ideally earn 250 per cent more.

Other surveys have asked Australians whether they agree or disagree that “differences in income are too large.” In 2009, 74 per cent agreed, up from 66 per cent in 1994. Conversely, only 20 per cent agreed that “large differences in income are necessary for Australia’s prosperity.” Only one in ten believed that we should copy the way the United States runs its economy. Yet although many Australians are worried about inequality, we’re perhaps a little less concerned than we ought to be. Australia is more unequal than the typical developed nation, but we’re less likely than average to regard our inequality as too high. Indeed, the share of people who are concerned about the gap between rich and poor has fallen in recent years.

Another way of measuring attitudes to inequality is to show people different possible pictures of the income distribution and have them pick the one they prefer. In these exercises, only 19 per cent of respondents opt for a pyramid-shaped income distribution, with a few people at the top and everyone else below. Most people believe that a pyramid shape accurately describes Australian society today, but few regard such a distribution as ideal. Indeed, the share of people who want to live in a pyramid- type society is lower than it was in the late 1980s.

Perhaps one reason Australians like equal societies is that most of us think we’re in the middle. A miniscule 0.1 per cent of people describe themselves as “upper class,” and only 10 per cent call themselves “upper middle class.” Another Australian survey divided society into ten groups, and asked people which they put themselves into. Mathematically, a tenth of us must be in the top 10 per cent, but only 2 per cent placed themselves there.

WHAT do people believe government should do about rising inequality? Over the past quarter-century, the Australian Election Study has been asking whether we agree that “income and wealth should be redistributed towards ordinary working people.” In 1987, the share of people who favoured redistribution was 57 per cent. This rose rapidly in the 1990s, peaking at 76 per cent in 2001. In the most recent survey, 73 per cent supported redistribution. A more specific question shows a similar trend. Asked whether the government should lower taxes or spend more on social services, only 18 per cent of people in 1987 chose the latter. But when the same question was asked most recently, 58 per cent preferred a spending increase to a tax cut.

Given that tax cuts tend to be regressive, while social services spending tends to be progressive, one interpretation of these data is that Australians are more inclined to curb inequality than they were in the 1980s. Other surveys point in the same direction. Asked whether they agree that “it is the responsibility of the government to reduce the differences in income between people with high incomes and those with low incomes,” 47 per cent agreed and 38 per cent disagreed (with 15 per cent neither agreeing or disagreeing).

Views about inequality have a political dimension. Indeed, the political philosopher Norberto Bobbio famously argued that if you want one principle to divide left from right, it is inequality. Those on the conservative/libertarian side of politics, he argued, are heirs to Friedrich Nietzsche, who believed that all were born unequal and that this was a good thing. By contrast, those on the progressive/social democratic side are heirs to Jean-Jacques Rousseau, who believed that all were born equal and that many of the inequalities we observe come from social institutions. In other words, the left condemns social inequality because of a belief in natural equality, while the right condemns social equality because of a belief in natural inequality.

The statistical evidence supports this point. In the broader electorate, 65 per cent of Labor voters told the Australian Election Study they believe that income and wealth should be redistributed; in contrast to only 38 per cent of Coalition voters. The difference is even greater among politicians. An anonymous survey of federal parliamentary candidates found that 67 per cent of Labor candidates agreed that income and wealth should be redistributed, compared with just 16 per cent of Coalition candidates.

Anecdotal evidence backs this up. The [former] treasurer, Wayne Swan, has said, “like most Labor activists, tackling rising inequality was one of the tasks that called me into politics.” Inequality has been a regular theme in writings by other senior Labor figures, such as Craig Emerson and Lindsay Tanner. By contrast, the former Liberal prime minister, John Howard, was more sanguine about inequality. He once commented, “It’s very important to get this income distribution thing in perspective. To the extent that any gaps have widened, it has been that people at the top – there are more of them, and they’re doing better.” The present Liberal leader, Tony Abbott, takes the view that “in the end we have to be a productive and competitive society and greater inequality might be inevitable.” Malcolm Turnbull has shown interest in this topic, but a recent profile of him suggests that “the kind of equality he is most attracted to is not so much greater equality of outcome or even opportunity but… the ‘equality of manners.’”

Political debates about inequality in Australia display both a partisan pattern and a secular trend. To see this more precisely, I searched the federal parliamentary debates and recorded the number of times the word “inequality” has been mentioned in either the House of Representatives or the Senate since Federation. The word has appeared over 2000 times (although not all of these mentions relate to economic inequality). To make a comparison over time, I adjusted according to the amount of time parliament sat each year.

The frequency of inequality debates declined during the first two decades after Federation (perhaps because the focus was on establishing Commonwealth institutions, and then dealing with the first world war). Inequality was often talked about during the Great Depression of the 1930s, but then little debated in the postwar decades. From the 1970s onwards, inequality has been mentioned more often in parliament, although there was a modest decline in the late 1980s, followed by a sharp rise that coincided with the early 1990s recession. In the past four decades, there have been some partisan patterns. Inequality was discussed more in parliament just before and during the period of the Whitlam Labor government (1972–75), and during the Howard Liberal–National government (1996–2007).

These trends are not specific to politicians; they also reflect shifts in the national mood. It was not until the 1970s that concern about inequality returned to the level it had been in 1901. Over the past two decades, as the income share of the top 1 per cent has risen, disquiet about inequality (as expressed in federal political speeches) has reached unprecedented levels.

Partisan differences have also been expressed over the question of restricting access to government payments to those with incomes (and sometimes assets) below a given threshold. In general, Labor governments have favoured targeting welfare payments towards the poor, while Coalition governments have typically preferred universal payments. While targeted welfare is generally regarded by economists of all political hues as being more equitable and more efficient, it involves denying some voters payments. Episodes of means-testing have therefore seen governments criticised heavily by their opponents.

For example, when Bob Hawke’s Labor government sought to reintroduce the pension assets test in the 1980s, the opposition leader Andrew Peacock described assets testing as a “callous and cynical grab for funds” that was one of “the assaults the government has made on the elderly.” His shadow minister for social security said that an assets test was “penalising thrift.” Under John Howard’s Coalition government, the trend was in the opposite direction. Near-universal family payments were expanded. Universal payments such as the First Home Owner Grant, the Baby Bonus and the Private Health Insurance Rebate were introduced.

In recent years, means-testing under the Rudd and Gillard Labor governments has been met with criticism from the Coalition. When the government means-tested the Baby Bonus to exclude the top 6 per cent of families, Malcolm Turnbull called it “an appeal to Labor’s divisive envy politics.” After Labor froze indexation on a Family Tax Benefit supplement and scaled back the Dependent Spouse Tax Offset, the Coalition Treasury spokesperson, Joe Hockey, said, “I despise this envy; this envy and this jealousy.” When the Baby Bonus was scaled back for second and subsequent children, the opposition frontbencher Christopher Pyne called the decision “vicious and savage” while Hockey compared it to China’s one child policy. The practical politics of reducing inequality are not straightforward.

My review of public opinion data demonstrates that a large majority of Australians believe that differences in income are too large. Respondents would prefer a more equal distribution of earnings, and even the affluent would prefer a less skewed wealth distribution. Three-quarters think that government has a role to play, and that income and wealth should be redistributed to ordinary working people. •

This is an edited extract from Battlers and Billionaires: The Story of Inequality in Australia, published by Black Inc.

Andrew Leigh is the federal member for Fenner and the Shadow Assistant Treasurer. Before being elected in 2010, he was a professor of economics at the Australian National University.

A high-tech system of social control is being superimposed on China’s network of urban neighbourhoods, writes James Leibold in Beijing 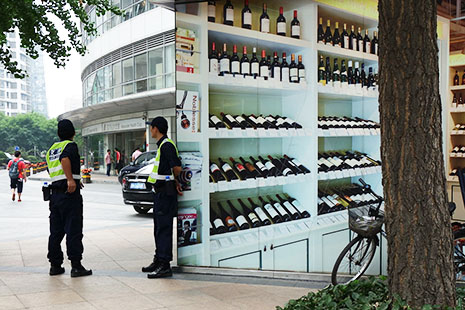