What Four Corners did and didn’t do

Their origins might be murky, but Scott Morrison would be wise to deal more fully with the allegations about his friendship with Tim Stewart 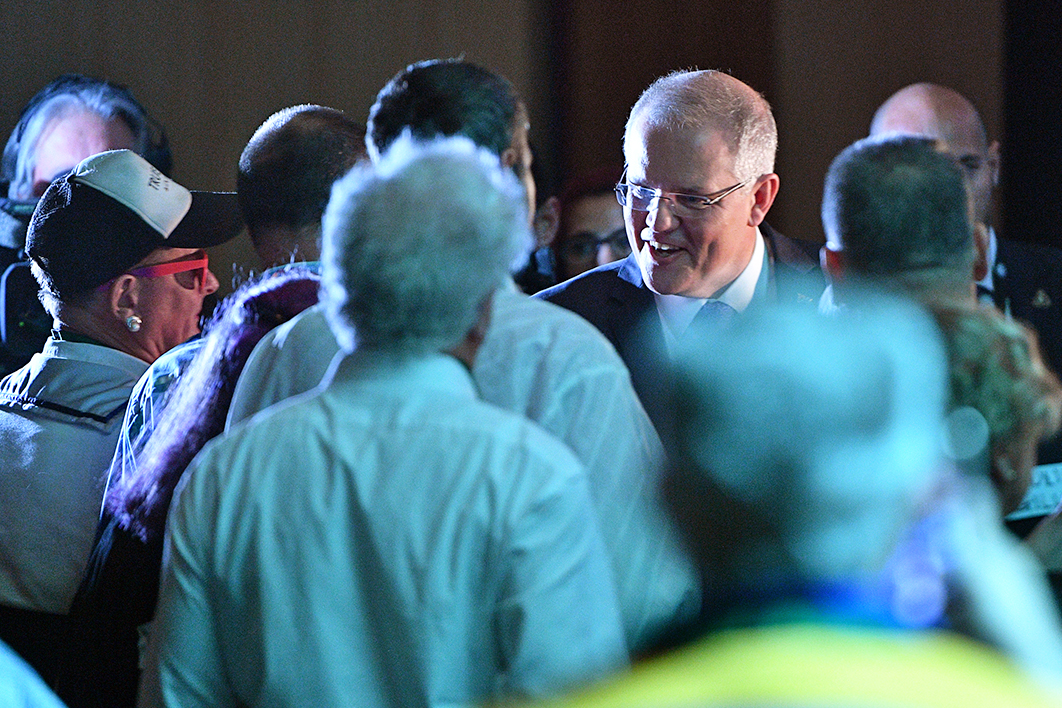 The most significant thing about the allegations at the heart of Monday’s Four Corners report on Scott Morrison’s friendship with QAnon supporter Tim Stewart is that the prime minister has repeatedly failed to answer reasonable questions.

The partisanship surrounding the program — ridiculous and nasty attacks from the Australian, social media defensiveness and boosterism from the Four Corners team — makes it hard to have a nuanced discussion about the allegations and the journalism. Nevertheless, here is an attempt.

The program bore an outsized weight of expectation, largely because ABC management delayed its airing (something I have written about elsewhere). In the event, it contained little information that hadn’t already been published by Crikey and the Guardian; but it was a great example of how a well-crafted piece of television — moderate and sombre in tone — can clarify and elevate the significance of a story, in this case through the power of the Stewart family’s testimony.

But let’s be clear about what it did not do. It did not prove that Scott Morrison buys into or subscribes to QAnon’s ugly and dangerous set of conspiracy theories. It provided circumstantial evidence to suggest that he might have been led by Stewart’s influence to insert a phrase in an important speech in October 2018, but it didn’t prove this. And nor did it offer evidence that Morrison has been otherwise influenced by QAnon.

The program included a one-paragraph response from the prime minister’s office declaring that Four Corners was engaged in a “personally motivated slur against the prime minister and his family” and was giving credence to “irrational Twitter conspiracy theorists.” As a result, the program was “raising the profile of what the prime minister clearly deems a discredited and dangerous fringe group.”

I think the prime minister is kidding himself if he thinks that this is an adequate response. But there are certainly murky Twitter and internet undercurrents in this story, and it is easy to see why the prime minister might choose to focus on this aspect in his defence.

The strongest evidence that Tim Stewart influenced Scott Morrison’s October 2018 apology to the survivors of sexual abuse is contained in a series of Signal messages allegedly received by Eliahi Priest, a self-styled “Australian activist and whistleblower.” All the journalists who have reported on the Stewart–Morrison friendship have used Priest as a source.

A superficial scan of his associations, history and social media activity reveals he is the kind of source journalists normally treat with great scepticism. He is an eccentric man, contemptuous of QAnon but pushing barrows of his own.

On Monday night he released a statement on Twitter, backed up by a statutory declaration, giving his own account of his interactions with Tim Stewart. He says that Stewart contacted him on Signal in September 2018 and the pair then collaborated on Priest’s attempt to bring prime ministerial attention to a theory he has about activities of the Nugan Hand Bank, which collapsed amid scandal in 1980. It had nothing to do with QAnon.

Notably, no journalists have so far picked up Priest’s Nugan Hand allegations, or many of his other claims, or even referred to this aspect of his activities. And you can see why.

Stewart and Priest subsequently fell out, and each of them effectively describes the other as a liar.

So why have journalists accepted the authenticity of the messages Priest says he got from Stewart about Scott Morrison’s speech? Could we have another Godwin Grech–style fabricator on our hands?

The Guardian, which was the first mainstream outlet to report the fact of the Stewart–Morrison friendship, clearly had reservations about Priest as a source, as can be seen from its 2019 story. While it reported Priest’s allegation that Stewart had claimed to be passing information to the prime minister, it also said “there is no evidence to substantiate Priest’s claims.”

Crikey and Four Corners concluded differently. Both basically accepted that Stewart’s messages to Priest were genuine — on the basis, as I understand it, of corroborating evidence on public Twitter streams and from other people who’d received similar material from Stewart. This matrix of evidence convinced them that the messages Priest provided were genuine.

Fair enough. But how did the messages become known to journalists? This intriguing aspect of the story was born on Twitter, when journalists Sandi Keane* and Ronni Salt — both of whom write for Michael West Media — obtained the message trail from Priest. Keane wrote on Twitter on Monday evening that “Priest kindly agreed to photograph all the critical Signal evidence over an 18 month period to Oct 2018 and send to me which I published on dozens of Tweets in Oct 2019 then sent to [Crikey journalist] Hardaker, [senator] Penny Wong, Shanks, ABC, etc. Took him a whole w/e. My job was to get it out!”

Keane also alleges that inserting the words “ritual sexual abuse” into the speech was suggested by Fiona Barnett, a woman whose claims of being the victim of an elite paedophile ring including former prime ministers were published in 2015 by most mainstream media outlets, only to be debunked by ABC’s Media Watch. Notably, Barnett is said by Keane to have been the source of allegations about paedophiles and sex crimes made by former Liberal Senator Bill Heffernan, also in 2015.

Murky stuff. But back to Stewart and his correspondence with Priest. Assuming the messages are genuine, what do they actually prove?

Only that Tim Stewart — as well as being a QAnon conspiracist — was a boaster and big-noter about his friendship with Morrison. And that is where it would rest if not for the unassailable fact that Scott Morrison did, strangely, include the phrase “ritual sexual abuse” in his speech.

A coincidence, perhaps? As evidence of QAnon influence, it’s thin. Nevertheless this alone makes the journalism worth doing, and the questions Scott Morrison has so far refused to answer worth asking.

The prime minister says he got the phrase from abuse survivors in the lead-up to his speech, including from members of a reference group associated with the royal commission into institutional child sexual abuse. Four Corners and other reporters have spoken to members of the reference group, and don’t regard Morrison’s claim as credible.

What we do know as a result of all this journalism is, first, that Tim Stewart and his wife are longstanding and close friends of the Morrison family and that Tim’s wife, Lynelle Stewart, was employed on the taxpayer dollar at Kirribilli House. Whether the friendship continues is not clear, but Four Corners showed photos of the Stewarts at Kirribilli House dating from January 2019.

There was a suggestion — short of an actual allegation — that Morrison’s controversial Hawaiian holiday in the black summer of 2019–20 would have been with the Stewarts had it not been cut short by the need for him to fly home to respond to the bushfire emergency. (News.com.au has reported that Morrison says he hadn’t planned to holiday with the Stewarts, despite both couples flying to Hawaii at about the same time.)

Second, Tim Stewart and his son are deep down the QAnon rabbit hole, and have become key figures in promoting the dangerous cult in Australia and worldwide.

Third, Stewart widely boasted about his friendship with the Morrisons and talked up his claimed influence over the prime minister.

On their own, these facts mean that journalists are right to report on this prime ministerial friendship, and to ask questions about it.

Finally, there is circumstantial evidence that Stewart might have succeeded in getting that key phrase into an important prime ministerial speech.

This final point is not proven, but the evidence is sufficient justification for the journalism, including by Four Corners.

Scott Morrison should answer the questions that arise from all this. If he doesn’t, we can only wonder why. We might speculate that the phrase was put into his head, without his realising its significance; after all, plenty of people hadn’t heard of QAnon in 2018. Or could it be that a full answer to the questions would put the spotlight on Jenny Morrison?

One final point. The Four Corners team, in my view, do themselves no favours with their social media activity. The story I have sketched above should demonstrate the importance of distinguishing between social media allegations by interested parties and professional journalism.

In that context, journalists on social media should behave with more than usual decorum. Instead, Four Corners team members take on critics, retweet supporters and implicitly congratulate themselves. Most of the time a dignified silence would be better, and even more so when the ABC is being accused of bias and is in a pitched battle with elements of the government.

Four Corners’s journalism was legitimate. It should speak for itself. And Scott Morrison should answer the questions. •

* Declaration: Sandi Keane studied for a Master of Journalism at the University of Melbourne when I was the coordinator of the course. 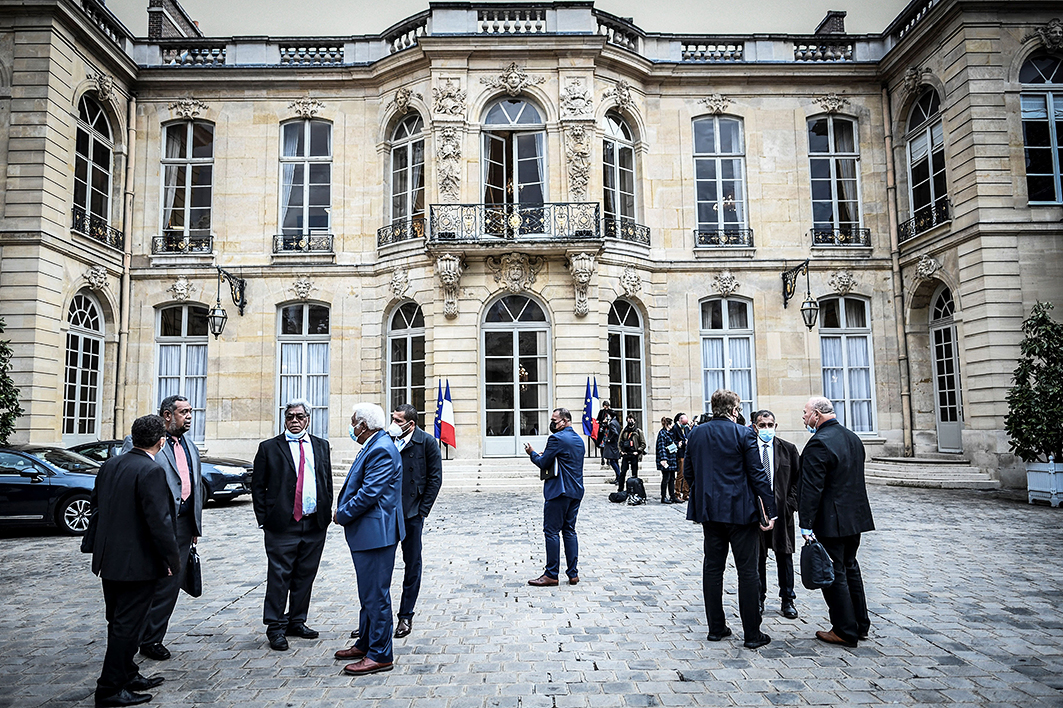