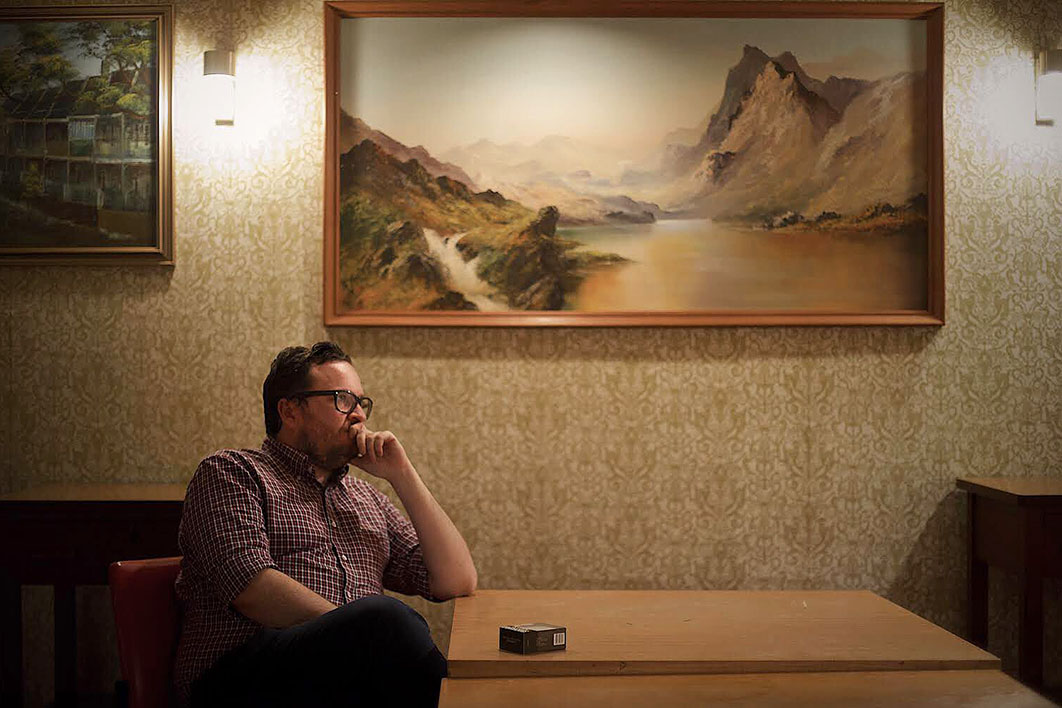 Rick Morton was momentarily lost in contemplation during a writer’s festival panel on trauma when the words of his co-panellist, Meera Atkinson, jolted him with a stab of self-recognition. Reading from her 2017 book Traumata, Atkinson described a state that sharply clarified what Morton had been experiencing since childhood. “Trauma. It was trauma,” he writes. “I didn’t just have anxiety and depression, though I did indeed have those things.”

A formal diagnosis of complex post-traumatic stress disorder in early 2019 offered further affirmation, inspiring his second memoir, My Year of Living Vulnerably — though “memoir” doesn’t quite capture the scope and ambition of Morton’s experiment. Across the span of a year, he seeks to “rediscover love” in its myriad forms, a quest interrupted and redirected by the global pandemic.

Morton found himself sharing the stage with Atkinson when he was promoting his first memoir, One Hundred Years of Dirt, published in 2018 to wide critical and popular acclaim. That book has already, and rightfully, been canonised by some as among the great Australian memoirs. Morton, barely thirty, was social affairs reporter for the Australian, where he had established himself as a genuinely refreshing voice with a distinctive empathy for the marginalised among us.

One Hundred Years of Dirt elevated his writing, and its key themes of poverty and class, to a new level and introduced him to a wider audience. Both engagingly told and unflinching, it recalled a childhood marked by tragedy, isolation and deprivation as well as by love, resilience and good humour. It revealed several gaps publishers may not have realised existed — for books about growing up in rural Australia, about being poor and raised in a single-parent family, and about all of those things plus being gay. Over several deeply affecting chapters, Morton recounts the anguish of his early twenties, including two suicide attempts, as he struggled with his sexuality and mental health.

Given this material, it’s no surprise Morton ended up on a panel about “writing trauma.” Yet he convincingly writes that he “spent so much energy focused on everyone else’s trauma that I never noticed my own.” He skilfully describes a moment that has major explanatory power in retrospect: a bleak recollection of how, aged seven, he found himself alone on the family property with his father and his father’s mistress after his brother, the victim of a near-fatal accident, had been flown with his mother and sister to a distant hospital. Imagine, “if it helps,” he writes, that you are “seven years old. You have been direct witness to physical trauma and you spend your days and nights alone in the shadow of a ruined man.”

Morton is at his most illuminating when he shares not only how trauma has shaped him but also how he still exists in its grip. Keenly aware of the increasing saturation of “trauma” discourse, he cautions with hard-won knowledge that we “must be aware of trauma the way a zookeeper is aware of the lion: knowing that the cage is sometimes more dangerous than the thing it keeps, that it often pays to be wary of both.”

My Year of Living Vulnerably confirms Morton as one of Australia’s most endearing and versatile writers. Now a senior journalist at the Saturday Paper, he has a knack for humanising the people he speaks to, no matter who they are. At his best, he is a master of shifting registers, whether of tone or subject. Distilled, the memoir at the heart of this book is as welcome and necessary as his first.

For all of its strengths, though, My Year of Living Vulnerably is also at times a frustrating read, suggesting its need for a longer gestation. Morton is upfront about the challenges of writing a book to a deadline during the pandemic, and sometimes the difficulty shows. For every tightly focused chapter — on loneliness and masculinity, for instance — there is a rambling one, padded with philosophical ruminations, slabs of research and excerpts from other books that moved him. Numerous times, as he charges off in another direction, I found myself wishing he would sit longer with a thoughtful reflection or insight. Elsewhere, though, the digressions seem to be the point, as he strives to push the memoir beyond the usual boundaries and expectations.

There is no doubting Morton’s talent, sincerity and generosity, including towards other writers. His book sent me back to Atkinson’s brilliant Traumata, a feminist reckoning with trauma that deserved more attention and, if anything, has become more pertinent as issues of sexual and gendered violence and abuse have moved to the centre of national conversation. Like Morton, Atkinson finds in writing and reading that “a touch of salvation is possible, a loosening from the machine, some kind of rising out of it, some kind of not being lonely, the balm of world-making words.”

Lech Blaine is similarly invested in the qualified power of writing to give expression to, and some relief from, trauma and its aftermath. His impressive first book, Car Crash: A Memoir, shows that he also has other things in common with Morton: they’re both originally from regional Queensland, they’re reasonably close in age (Blaine is in his late twenties), and they now write for Schwartz Media. Each is acutely attuned to the dynamics and particulars of class — downward for Morton’s family and upward for Blaine’s, at least when counted by houses and businesses bought and sold. Fathers loom large, in Morton’s case as an absence, in Blaine’s as a strong presence. And as with Morton’s first memoir, Blaine clearly has a story he needs to tell, one he has previewed in earlier, shorter iterations.

It would be a disservice to Blaine’s unique talent to labour the comparison further, other than to wish his debut as much success as Morton’s was, for it surely deserves it. Tim Winton, probably the best Australian writer about Australian men (of a certain kind, anyway), endorses them both.

Central to Blaine’s story is an accident. When he was seventeen, he somehow survived without serious injury a car crash that killed his friends Will, Hamish and Henry, and left two others, Tim and Nick, in comas. Dom, the driver of the overloaded car, faced criminal charges and his survival is especially tainted. He appears only fleetingly, on one occasion offering the observation that “Australians are so uncomfortable talking about pain. Other cultures confront it. We just go to the pub and get smashed together.”

Blaine comes of age in this world, the youngest and only biological son of a rugby league–obsessed unionist publican and a bookish mother in a large brood of foster children. Both parents drink to excess, and for a time so does Blaine, not only because he survived a crash that quickly marked him out as someone special — for a second time, following his “miracle” birth. But he sees the life of a survivor as an anti-climax: “We feel like flakes and failures and fakes, the same as everyone else, except the stakes become much higher.”

As an anatomy of a car crash and its reverberations in an age of social media, Car Crash delivers from the first arresting page. But it is also much more than this — or rather, Blaine succeeds in making it both a much bigger and a more intimate story. He adeptly delivers a family saga, a social history and a bildungsroman set at the turn of the twenty-first century in southern Queensland. Without shying away from the psychological consequences of his experience, he is less interested in being defined by trauma, at least diagnostically, than he is in locating it in these intertwined worlds.

Occasionally, his prose strains for effect — “Sheets of corrugated steel spread like melanomas across a sunburnt horizon” — but more often his writing impresses with its evocative precision. “Trauma,” he reflects at one rock-bottom point, “was a paradoxical combination of homesickness and homelessness.” Like Morton and Atkinson, Blaine knows there is “no closure,” but he writes anyway, because he can and he must. •

Books | Our brains weren’t designed for 126 emails a day 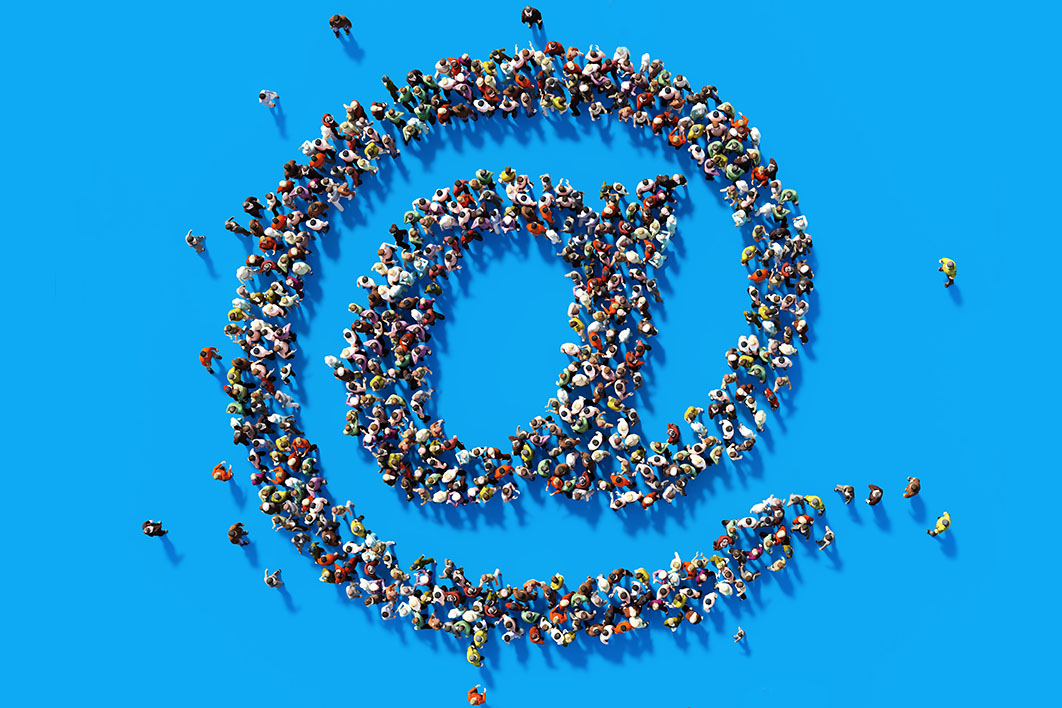