What is a developing country anyway?

Scott Morrison says China has graduated to the rich-countries club. The figures say something different 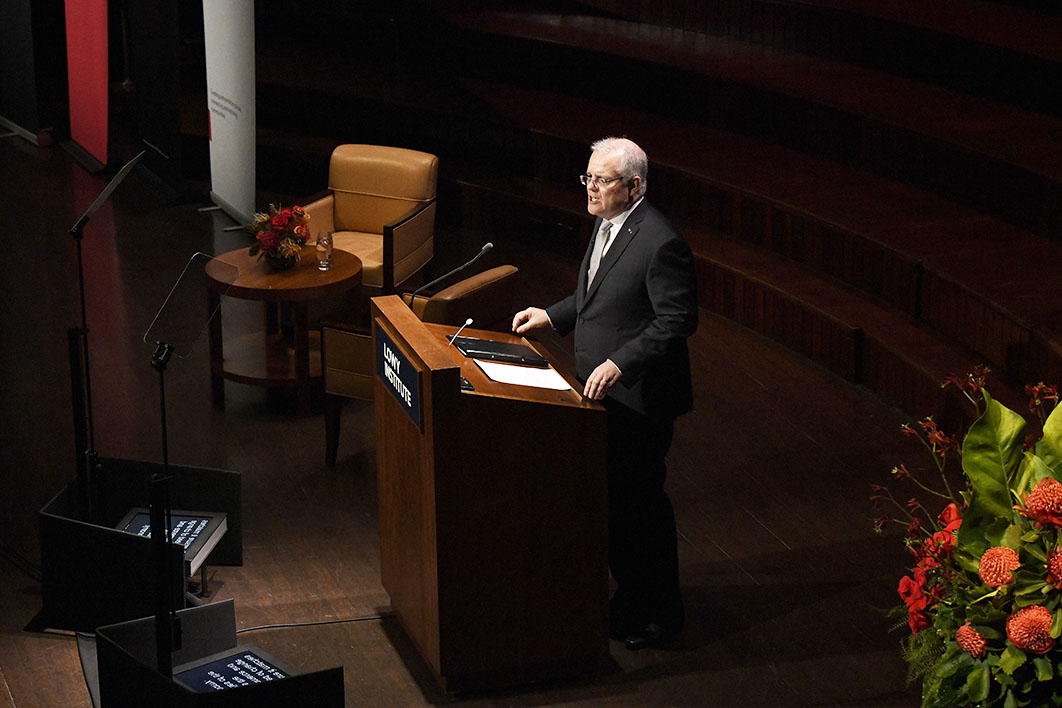 The world has 200 or more countries, but the United Nations lists only thirty-six of them as “developed economies”: the twenty-eight members of the European Union, regardless of their income, the three western European nations outside the EU (Switzerland, Norway and Iceland) and just five others: the United States, Canada, Japan, Australia and New Zealand.

The rest of eastern Europe and the central Asian “-stans” are what the UN calls “economies in transition.” Basically, they’re what remains of the old Soviet bloc and Yugoslavia. And all the rest of the world, regardless of income, is classified as “developing countries.”

That’s a lot of developing countries. They range in levels of income and development from Qatar, Singapore and Israel at one end of the spectrum, to the former civil war zones of the Central African Republic and Burundi at the other.

And, of course, they include China.

The International Monetary Fund prefers to divide the world into “advanced economies” and “emerging market and developing economies.” But it rates just thirty-nine economies as advanced — most of those on the UN’s list plus a few newly rich countries like Singapore, Israel and Taiwan.

Fully 155 countries are developing economies, according to the IMF. They include China and even the world’s richest country, Qatar.

For its part, the World Bank dodges the issue by clinging to a set of definitions from the 1980s that classify the world into four income groups: high, upper-middle, lower-middle and low. As the thresholds in real terms are still those set in 1987, and simply indexed for inflation, the Bank now has a lot of “high-income” countries: eighty-one at last count, including Argentina, Poland, the Gulf states, and most of the Caribbean islands. But China is still not rich enough to be one of them.

And the World Trade Organization? Well, it allows countries to define themselves. The thirty-six on the UN’s list profess to be “developed countries” and are subject to a tougher set of trade rules than the rest. Countries are allowed to nominate themselves as developed: but apart from Japan long ago, hardly any have done so.

One of the many informal groups within the WTO is the “Asian developing members,” all of which have nominated themselves as developing countries. Naturally enough, China, India and Indonesia are among them. But members also include Qatar, Macao, Singapore, Brunei, the United Arab Emirates, Kuwait and Hong Kong — on both the IMF and the World Bank definitions, seven of the ten richest countries in the world.

Add Taiwan, South Korea, Saudi Arabia, Bahrain and Oman, and this is not exactly Struggle Street. If prime minister Scott Morrison wants to start a campaign to reform the WTO by pressuring rich countries like these to renounce their developing country status (and the trade concessions that go with it), he is on strong moral ground.

But no, it seems he’s not concerned about countries like these being allowed to make smaller cuts to their tariffs, with more time to do so. Nor is he advocating a general review of how developing countries are defined at the WTO, the UN, the IMF, the World Bank or anywhere else. He just wants one developing country to redefine itself as a developed country — China.

It sits oddly with the PM’s claim in Sydney last night that Australia is not taking sides between China and the United States, the country in which he chose to launch his call.

If he wants to reform the system so that countries graduate from developing country status in global institutions, why single out China, which is not even in the top third of the world’s richest countries on either the World Bank or the IMF numbers?

On the UN’s Human Development Index, perhaps the best measure of citizens’ welfare, it ranks equal eighty-sixth with Ecuador. We don’t hear the PM thundering about the need for Ecuador to redefine itself as a developed country.

Sure, China is much, much richer than it used to be. On the IMF’s estimates, its GDP per head is now roughly in line with the global average. It’s become a classic middle-income country.

In real terms — purchasing power parity, which measures how much citizens of each nation can buy with an equal per capita share of its income, rather than the comparative cost of what they buy — the World Bank estimates that China last year was the seventy-ninth-richest country in the world, with a gross national income of US$18,140 per head.

Sure, the central areas of Shanghai and Beijing are pretty cool, but the French Quarter is not typical of China. You don’t have to go far off the beaten track to find the Third World. The UN’s Human Development Index estimates that while Beijing is now at a similar level to the Czech Republic in overall human welfare, the western province of Yunnan ranks between Morocco and Nicaragua, while living standards in Tibet are comparable to those in Angola.

Even if you swallow uncritically the GDP figures China puts out — which many see as PR rather than genuine economic data — China is nowhere near as rich as many other countries that call themselves “developing countries.” Here’s how it compares with other top-twenty economies: That is why the PM’s suggestion in Chicago that China should unilaterally declare itself to be a developed country was ridiculous — and hostile in a way that his much-praised speech in June to the Asialink/Bloomberg forum skilfully avoided. When you single out one country from a large group for discriminatory treatment, it is futile to pretend that it is not a hostile act.

In Sydney last night, the PM doubled down, suggesting that China should be considered a developed country because it is now the world’s biggest manufacturer, its biggest exporter, and among its biggest in terms of financial markets. That’s all true, and he could have added, if he cared, that it’s also the world’s biggest emitter of greenhouse gases. And that — in real terms, as distinct from the exchange rate measure which conflates product with price — it is the world’s biggest economy.

But China has the biggest population in the world. It’s hardly surprising if it is also the biggest on many economic measures. That is consistent with its being a middle-income country with a huge population.

Morrison’s general principle is correct. Countries should no longer receive preferential treatment given to poorer countries when they no longer need it. The Howard government made its own decision on this in 2003 when it abruptly cut off Australian tariff preferences for “developing countries” in general, and limited them to the fifty or so least-developed economies.

And in global institutions, no one gives up anything. The WTO and the United Nations are designed so that power rests with the members, not the officials. At the WTO, every country has the power to veto anything.

It is that power that the Trump administration is now using to gradually destroy the WTO’s power to solve trade disputes. For two years, the United States has refused to allow anyone to be appointed to fill vacancies on the WTO dispute appeals panel. By next year there will be too few members of the panel left to create a quorum.

Morrison, and Australia in general have been silent on their ally’s destruction of one of the few global institutions that actually solves disputes. We have been complicit in taking the world backwards.

China will take no notice of Morrison’s call — except to note that it shows Australia aligning itself with the United States, whereas in the past it walked a diplomatic tightrope to avoid doing so. We will have to wait to see whether this was a moment of madness, when Morrison got caught up in the euphoria of his state visit, or whether it marks a definitive change in Australia’s foreign policy.

The populist nationalism the PM espoused last night in his speech to the Lowy Institute — which is dedicated to sensible globalism — is not an encouraging sign. •

Tim Colebatch is a regular contributor to Inside Story, and a former Washington correspondent, economics editor and columnist for the Age.

Books | Does gender and race fully explain the discrimination faced by women of colour? 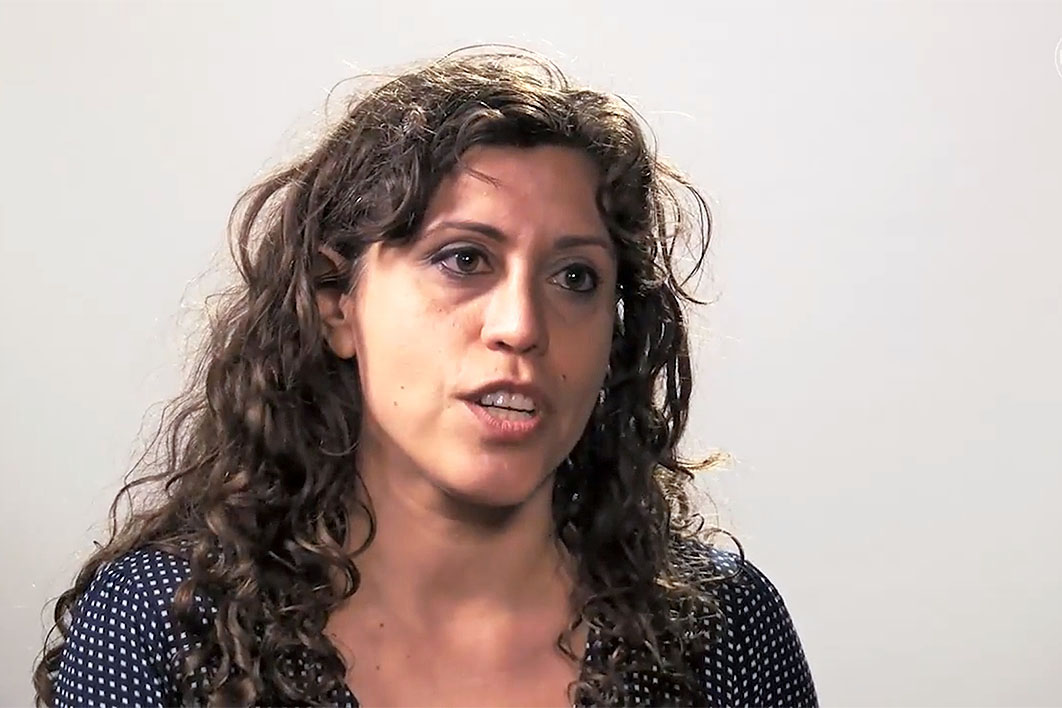