What is a liberal? 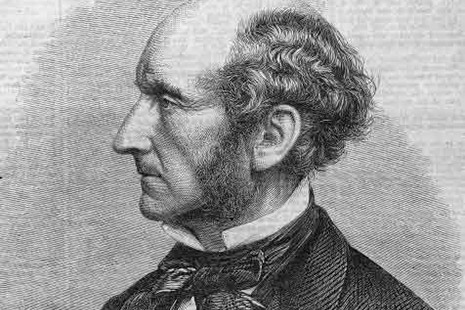 SENATOR George Brandis has contributed an important, brave and elegant defence of liberalism to the philosophical debate now taking place inside the Liberal Party. Delivering the recent 2009 Alfred Deakin lecture at the University of Melbourne he argued against the view of John Howard and his acolytes that Liberal Party values are a merger of conservative and liberal ideologies.

Brandis, a senior Queensland lawyer, wants the Liberal Party to reaffirm unambiguously the primacy of liberal values – notably individual freedom – inherited from John Stuart Mill via Alfred Deakin and interpreted for the modern world by Frederick Hayek and Isaiah Berlin. His Alfred Deakin lecture represents a powerful challenge to the conservatism of Howard and his followers, including Tony Abbott.

Media commentators have noted the political significance of Brandis’s lecture as the Liberal Party struggles to come to terms with opposition and to consider how it might find its way back to power. They have acknowledged the scholarship with which he has made his case. It is, in addition, worth noting his political courage: when the Liberals come back to office and he returns to a ministry (and both events will happen eventually) he will face severe criticism if his actions are inconsistent with his liberal commitments. Liberalism is not just a luxury of opposition and the lecture hall.

There has, however, been less examination of Brandis’s arguments. Yet they go to the heart of his criticism of the Howard legacy and they are important political arguments in themselves. There is no doubting the power of the liberal worldview: it is tolerant, humane, optimistic and civilised, and it certainly seems more politically appealing to Australians than the conservative world view which, as Brandis shows, Howard tried to import into liberal ideology. But how successful are his arguments for liberalism?

Brandis has made this discussion easier by setting out the case for liberalism so clearly. For him, as for all liberals, the “core value from which our world view ultimately derives” is the commitment to the freedom of the individual. Following Mill and Berlin, he adopts what he calls “the most famously libertarian of all of Mill’s theories – the self-protection principle” (also sometimes called the “harm principle”). He quotes Mill: “The sole end for which mankind are warranted, individually or collectively, in interfering with the liberty of action of any of their number is self-protection… the only purpose for which power can be rightfully exercised over any member of a civilised community, against his will, is to prevent harm to others.”

Brandis is quite clear: individual freedom is the core value, and only self-protection and the prevention of harm to others can justify individual or collective action to limit an individual’s freedom. This view of freedom is, of course, what Berlin called “negative liberty” in his famous 1958 essay, Two Concepts of Liberty. To paraphrase Berlin, freedom conceived negatively sets out the area within which an individual is, or should be, left to do or to be what he or she is able to do or be, without interference. The alternative, according to Berlin, is “positive liberty,” which focuses instead on what or who was the source of control or interference that could determine someone to do or to be one thing rather than another. Positive liberty is sometimes called liberty conceived as self-realisation, but for Berlin it leads inexorably to dictatorship. For him (and for Brandis) negative liberty is the only true liberty.

The Mill/Berlin/Brandis conception of freedom has been and continues to be powerfully important in expanding human freedom by widening what Berlin called the area of non-interference around individuals. It underpins basic accepted freedoms including freedom of speech, assembly, religion, opinion and expression. Negative freedom sets up what Berlin called “a certain minimum area of personal freedom which must on no account be violated.” It is a virtuous stance. Without this minimum area of personal freedom, human nature and variety would, in Berlin’s view, be denied or degraded.

But despite the important and ongoing role of negative freedom in democracies like Australia, it is unclear why liberals like Brandis insist that it is their “core value.” Individuals also value other things, including justice, security, dignity, fairness, respect, food, clothing shelter, education, prosperity, medical care, clean water and habitable environments. Negative freedom is not an obviously necessary or sufficient condition for the existence of these valued goods. Moreover societies are prepared to trade off negative freedom in order to achieve or to expand these other goods. Most obviously, perhaps, as Brandis acknowledges, “a liberal polity depends upon the faithful observance of the rule of law by all.” If so, Brandis needs to explain why he accords priority and core status to freedom. The reality of human need and desire seems too complex to yield to this sort of reduction.

Berlin is clear about this. “I do not wish to say that that individual freedom is, even in the most liberal societies, the sole or even the dominant criterion of social action… The extent of a man’s, or a people’s, liberty to choose to live as he or they desire must be weighed against the claims of many other values… We are rightly reminded by R.H. Tawney that the liberty of the strong, whether their strength is physical or economic, must be restrained.” Brandis, who describes Berlin as the liberal thinker whom he finds most congenial, may well agree with this, but his agreement seems lost in his enthusiasm for individual liberty. Certainly it is not clear how much restraint Brandis would put on the liberty of the socially, economically or politically strong.

Brandis also needs to explain why Millian self-protection or harm-prevention should be judged the sole justification for abridging individual negative freedom. There may be other good reasons for doing so. Consider a person who wants to sell himself into slavery under a benign master for life. There may be no individual to be protected, no harm to be prevented (unless “harm” is defined very broadly indeed). Yet a liberal might well want to oppose slavery for reasons distinct from self-protection or harm-prevention – human dignity and autonomy, for example. Or considr the conflict between a woman’s claimed right to decide whether or not to terminate a pregnancy and a claimed right to life made on behalf of the foetus. A liberal might accept that harm would be prevented if the abortion was disallowed, but still support termination on the ground that the woman’s right to reproductive freedom outweighs prevention of harm to a fetus. Similar considerations might apply in suicide and assisted-suicide cases.

The point is that self-protection and harm-prevention seem at once too broad and too narrow to be considered the sole justification for limiting individual freedom. As Berlin again reminds us: “We compel children to be educated, and we forbid public executions. These are certainly curbs to freedom.”

Different but related problems for the self-protection or harm principle arise from attempts to calculate the consequences of individual or collective interference with the liberty of action of a few or many other citizens. Brandis seems committed to the view that it is never justified to restrain some individuals in their liberty of non-harmful action even if the reasonably expectable consequence would greatly enhance the lives of many others. Yet notionally liberal societies regularly trade-off individual liberty for social goods, and liberals do not take to the barricades.

Some societies in fact compensate those whose liberty is abridged for social purposes. Consider the compulsory acquisition of private properties to make way for new infrastructure developments. A new development might improve the desired quality of life for many individuals without either protecting them if constructed or causing harm if they were not constructed. But “stayput” property owners judged by society to be “standing in the way of progress” are nevertheless compelled to make way. They might receive compensation to enable them to acquire new properties and perhaps to ameliorate the effects of their loss of freedom in their property rights. But in these cases the Millian self-protection principle has to be qualified at least with a clause that says something like “unless adequate compensation is paid,” and that qualification greatly undermines the principle.

This issue is brought into clearer focus by considering the relationship between Mill’s self-protection principle and his famous separate argument for utilitarianism – the view that the rightness of actions is to be judged by the extent to which they increase the greatest happiness of the greatest number of people. Brandis writes that “there is no anterior or higher common principle” when efforts are made to combine liberal and conservative values according to which it is possible to decide when individual freedom has to yield to the claims of society. While Brandis does note in passing that liberals, following Mill, will say the claims of society must prevail “when the exercise of freedom of one individual impedes the freedom others,” he does not discuss the greatest happiness principle asserted by Mill, following Jeremy Bentham. Yet utilitarianism would appear to offer an anterior or higher principle to the self-protection principle. It is of course deeply flawed: unless qualified at least by a justice requirement, the principle of utility would justify monstrous injustices to minorities and perhaps to the positive liberty condemned by classical and modern liberals alike.

None of the foregoing is intended to diminish the importance of Brandis’s arguments, but to point to some issues which liberals need to clarify if they wish to maximise the persuasiveness of their unquestionably humane intellectual commitments. Brandis might profit from considering Berlin’s warning against the danger of believing that “somewhere, in the past or in the future, in divine revelation or in the mind of an individual thinker, in the pronouncements of history or science, or in the simple heart of an uncorrupted good man, there is a final solution.” Brandis’s infatuation with the self-protection principle looks suspiciously like his solution to the problem of political obedience. Yet an adequate account of negative liberty should be possible without insisting it alone is the core political value. •