What more can we expect?

The fiction of Elizabeth Harrower, who died earlier this month

Elizabeth Harrower photographed in the early 1980s by Jacqueline Mitelman. 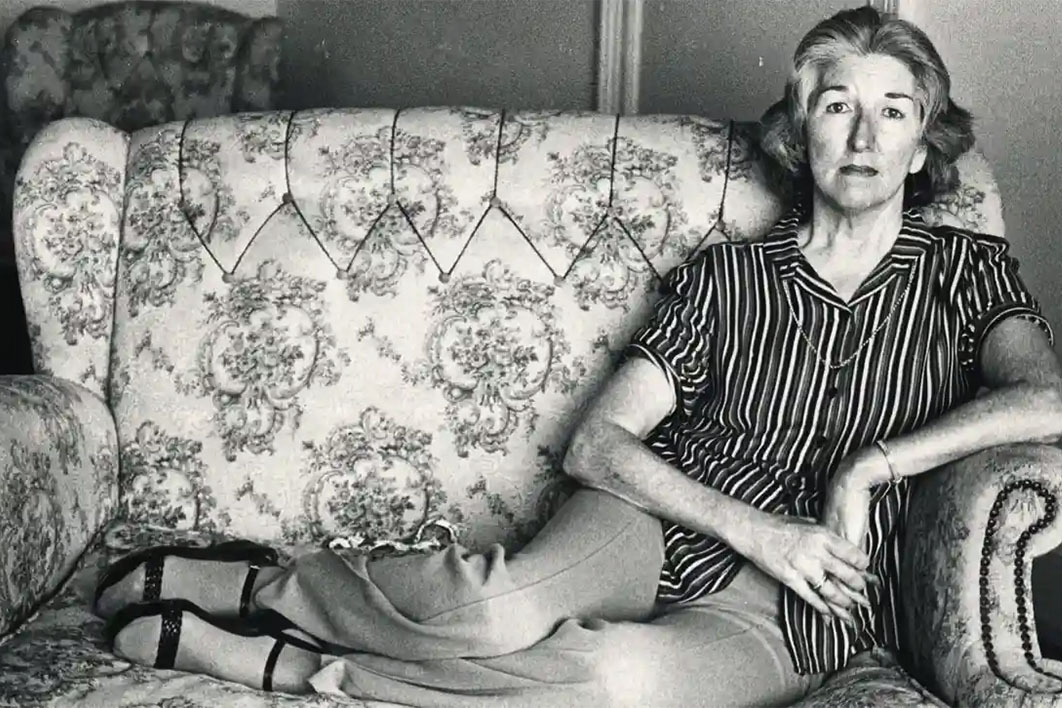 Elizabeth Harrower photographed in the early 1980s by Jacqueline Mitelman.

Nineteen fifty-eight was an extraordinary year for the Australian novel. It was the year Patrick White declared his desire to write fiction that would help “people a barely inhabited country with a race possessed of understanding” by finding meaning in the boredom and frustration, and even the ugliness, of Australian life.

White had already published The Tree of Man (1955) and Voss (1957), but he’d now been joined in this critical response to contemporary Australia by a new generation of novelists. Christopher Koch (then twenty-six) published his first novel, The Boys in the Island, in 1958 and Thea Astley (thirty-three) her first novel, Girl with a Monkey. The twenty-three-year-old Randolph Stow won the Miles Franklin award for his second book of fiction, To the Islands, and Elizabeth Harrower, then thirty, published her stunning second novel, The Long Prospect.

Of these young novelists, Harrower, like White, was a chronicler of Sydney. She was living in Britain when she wrote her first two novels, Down in the City (1957) and The Long Prospect, recalling life in Sydney and Newcastle with the detachment of distance. Down in the City, which followed the attraction of a well-brought-up young woman to a vulgar man from the semi-criminal world, depicted the conjunction of rackety King’s Cross with the wealthy suburbs to its east; The Long Prospect focused on a girl growing up in the haphazard care of her grandmother in an outer suburb of an industrial town.

That second novel had obvious autobiographical elements. The suburb was clearly based on Mayfield in Newcastle, where Harrower spent the first ten years of her life. Her protagonist, Emily, is a prisoner of her family, kept from intellectual and cultural life by an energetic and sometimes malicious woman whose interests extend no further than dreary sexual affairs, the pub and the radio broadcast of Saturday’s horse races.

Back in Australia, Harrower wrote a novel set in London, The Catherine Wheel (1960), in which a lonely young woman falls hopelessly in love with a feckless young man and is caught in a cycle of emotional abuse. This pattern — young women under the influence of controlling people, denied access to the consolations of art and human sympathy — appeared again in The Watch Tower (1966), which many readers regard as Harrower’s masterpiece. In this novel, the elder of two sisters left to fend for themselves in Sydney decides to marry her boss to give them both a secure home. The husband is Bluebeard transformed into a North Shore businessman and the novel draws us into the psychological games and emotional abuse he inflicts on his two captives.

Harrower sets up situations that echo the beginnings of Victorian novels in which educationally deprived middle-class young women are left vulnerable to sexual and psychological danger. As James Wood has commented, Henry James shadows her novels, her women locked away — like The Portrait of a Lady’s Isabel Archer — in grotesque marriages. James’s What Maisie Knew clearly influenced the shifting points of view in The Long Prospect as the innocent Emily watches with resignation the sexual escapades of her grandmother and is drawn to the sympathetic kindness of an older man. It was a situation that Vladimir Nabokov explored to darker satirical effect in Lolita, published three years earlier — but in 1958 Australians had no access to Lolita.

Harrower’s fiction is firmly located in the Australian suburbs of the mid-twentieth century, and her voice intrudes occasionally with scathing satirical comments on suburban life. As Brigid Rooney notes in her recent book, Suburban Space, the Novel and Australian Modernity, Harrower’s fiction shares some of Betty Friedan’s understanding of the way suburbia trapped women. It also added a woman’s perspective to the satirisation of suburban values by writers like White, often conveyed through the derision of women.

As Rooney writes, “Keeping company with Friedan’s housewives — suffering from ‘a problem that has no name’ — [Harrower’s protagonists] find themselves alone in claustrophobic and hostile terrain, contending with what White termed the cultural desert of mid-century suburban Australia.” White became a great supporter of Harrower’s work, constantly urging her to write more in the decades that followed.

For a range of reasons, three of the acclaimed young novelists of 1958, Koch, Stow and Harrower, stopped publishing after 1967, with Koch and Stow re-emerging at the end of the 1970s. Harrower withdrew her next novel from publication in 1971, apparently because she had doubts about its quality. She published occasional short stories but no further novels until Michael Heyward and Penny Hueston of Text Publishing convinced her to let them publish In Certain Circles (2014), the 1971 manuscript they found in her archives. Text reprinted all her novels and collected her short stories in A Few Days in the Country (2015). The new books were reviewed enthusiastically, though they don’t match the force of The Long Prospect or The Watch Tower.

Harrower’s long silence was a matter of puzzlement to many who recognised in those early novels a major talent. In interviews, she made the distinction between writing and publishing, and talked about the need for an urgent subject to write about. Certainly, it would have been difficult to continue writing in the dark mode of The Watch Tower.

Social attitudes in Australia were changing rapidly after the 1960s and Harrower’s fiction focused on domestic life immediately before and after the second world war. It chimed with White’s satirical vision of suburbia in Riders in the Chariot (1961) or Robin Boyd’s in The Australian Ugliness (1960). Fortunately, conditions began to change in the 1970s with women’s growing access to education and work. By the 1980s many other female writers — Helen Garner, Jessica Anderson, Elizabeth Jolley, Olga Masters — were depicting women’s domestic experiences.

Harrower clearly enjoyed the renewed focus on her work, happily attending public readings and author events in the last decade of her life. Her novels give us an insight into how women and children fared in a narrow and philistine Australia in which their hunger for attention, kindness and some shared understanding of a wider world contended with a sometimes-malicious anti-intellectualism. They remind us how the powerful can psychologically oppress the vulnerable and how hard-won is the struggle against material ugliness and narrow-mindedness. And they do this with an engaging elegance of style. What more can we expect of a novelist? • 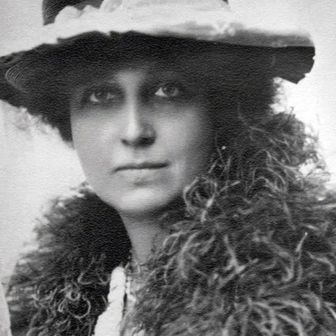 Essays & Reportage With royalty at Riven Rock Desley Deacon 18 August 2020 Harry and Meghan’s new home comes with a history of American aristocrats, primate research and the quest for the contraceptive pill
Close

Global poverty at the crossroads

Rather than handing over the job to charities and philanthropists, it’s time for Western governments to act decisively

With Kenyan schools closed during the pandemic, children like this boy, already living in poverty, face a further setback. Donwilson Odhiambo/SOPA Images/Sipa USA 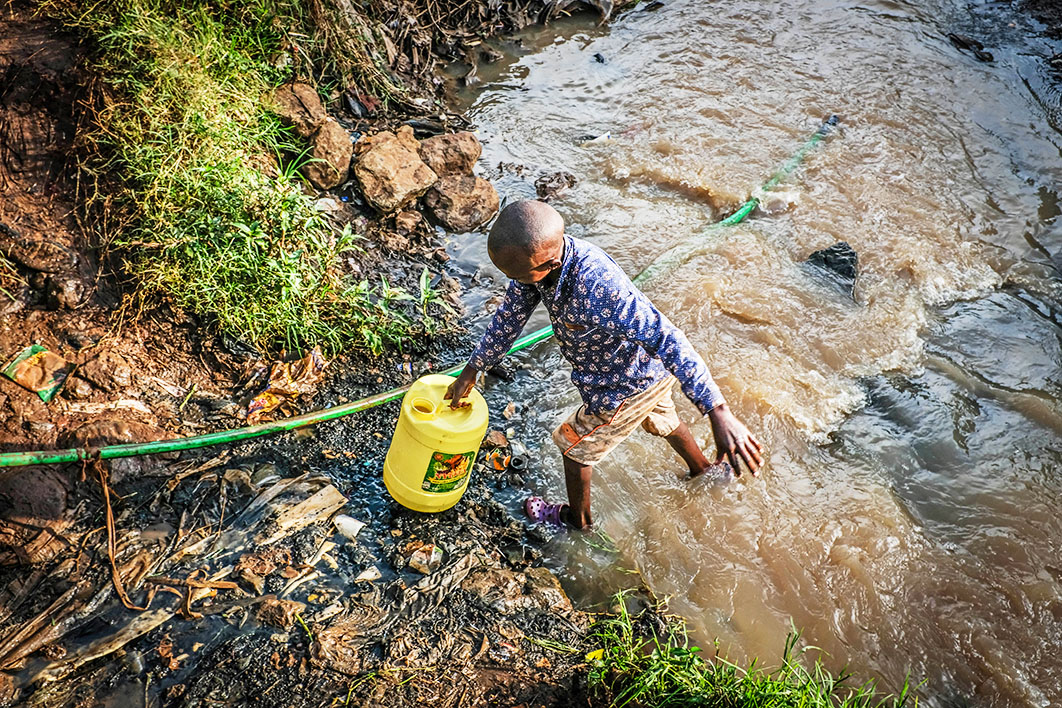 With Kenyan schools closed during the pandemic, children like this boy, already living in poverty, face a further setback. Donwilson Odhiambo/SOPA Images/Sipa USA